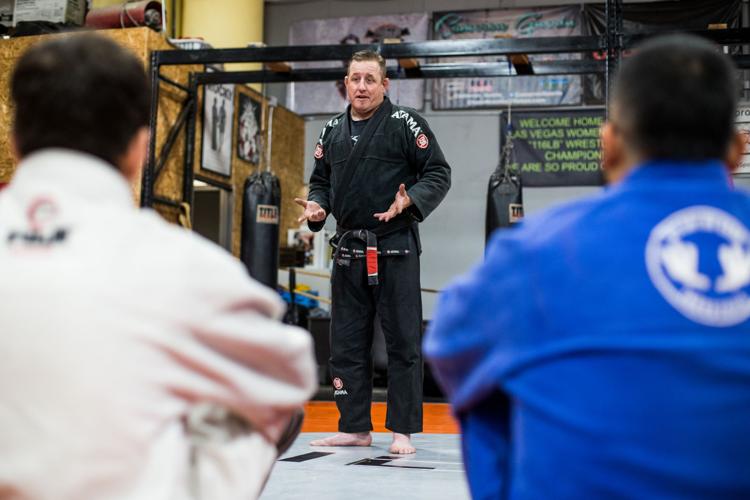 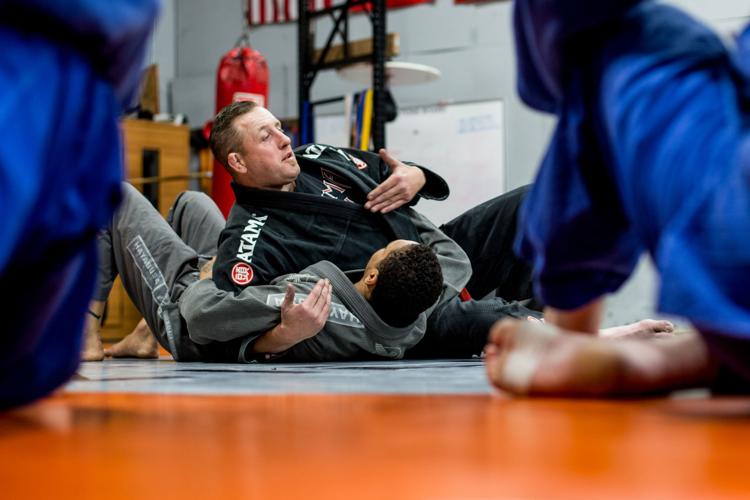 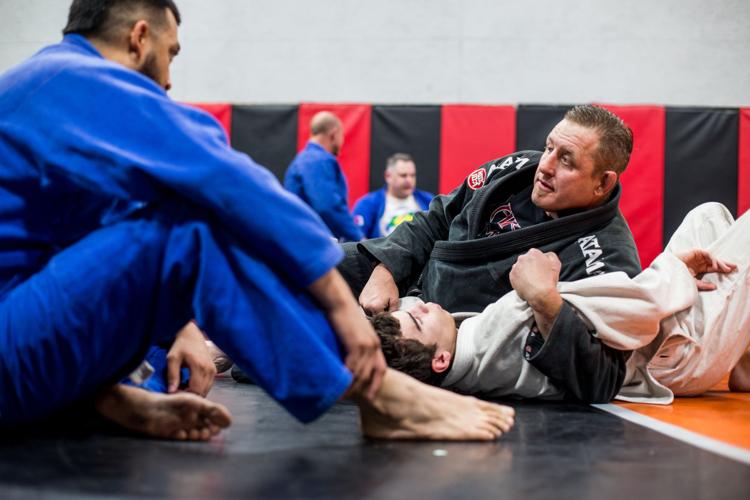 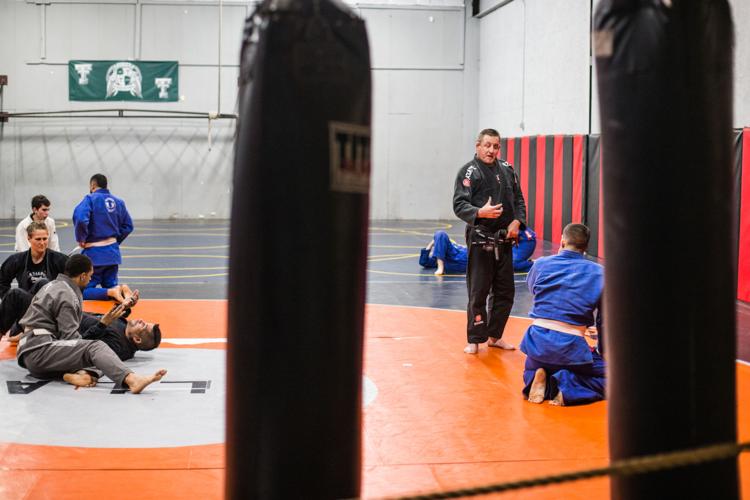 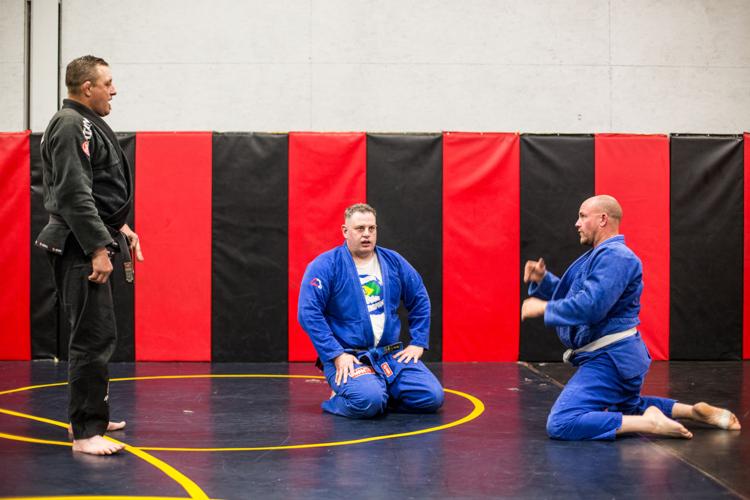 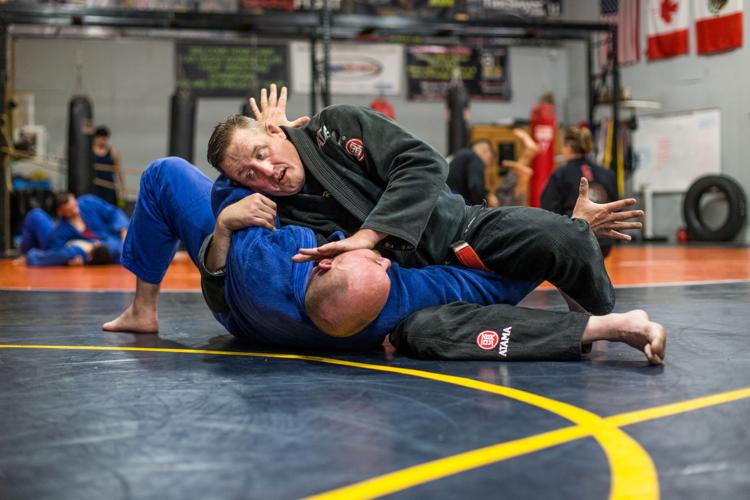 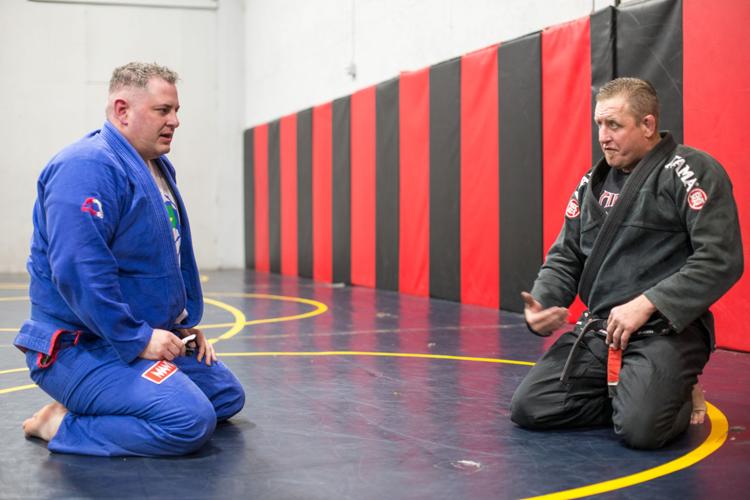 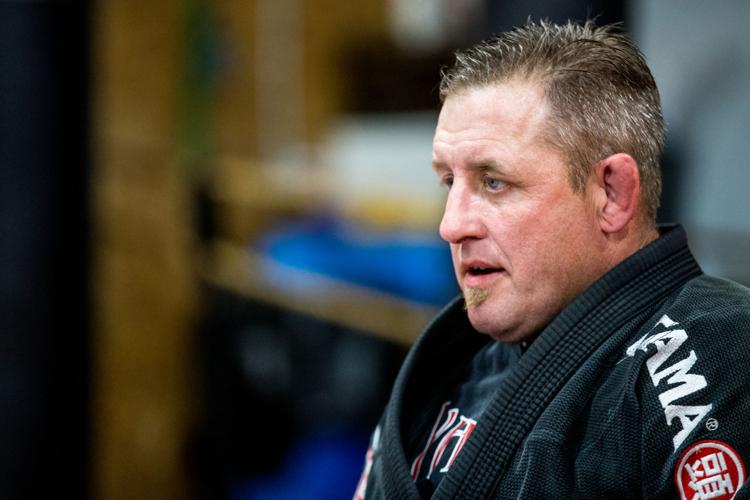 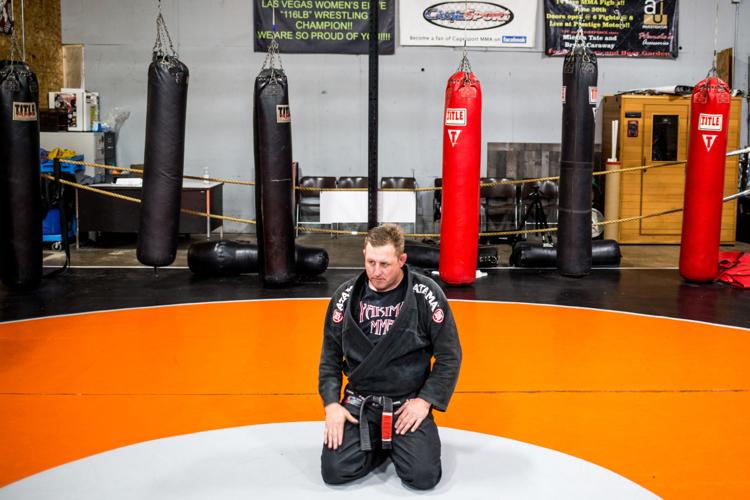 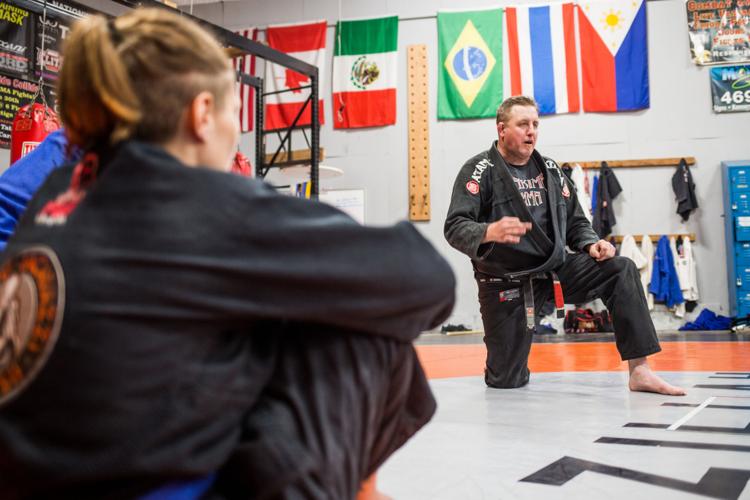 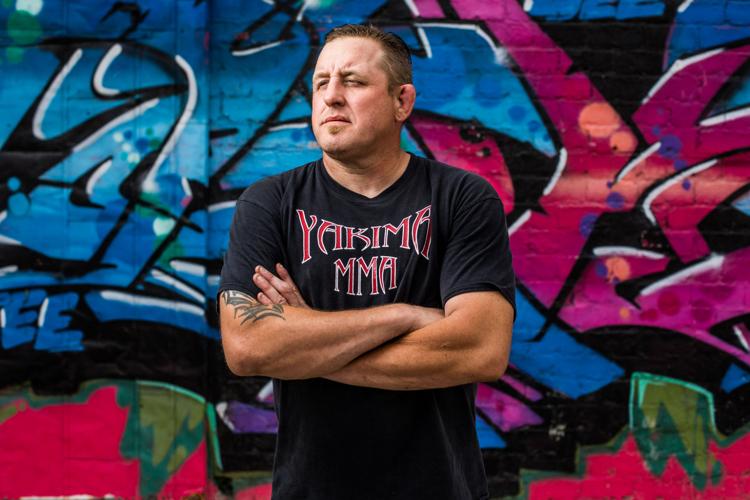 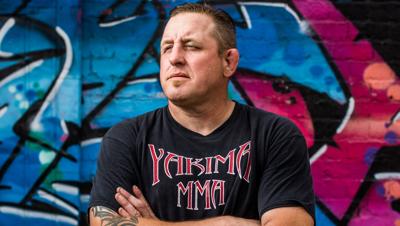 More than two decades ago, Rich Guerin was providing security for a mixed martial arts tournament in Wenatchee when he was asked to replace a fighter who didn’t show.

He was 25 at the time and had never stepped into a mixed martial arts fighting cage before.

“My wife was in Yakima so I didn’t have anyone to bounce this off of,” Guerin said.

He called her from a payphone, quickly told her he was fighting and hung up.

“I had no idea what he had gotten himself into,” his wife, Julie, recalled. “He didn’t even wait for a response from me. I sat in silence and just kinda went with it — I had no choice.”

Unprepared and without gear, Guerin rushed to a nearby Big 5 Sporting Goods and bought a pair of cycling shorts and a mouthpiece so he could compete.

He faced Canadian fighter Craig Sloan in a crowd-pleasing brawl that Guerin was winning until he got caught in a choke-hold in the final round.

“I went out there and had a three-round war with Craig,” he recalled. “He was a bloody mess. But he ended up catching me with a guillotine hold at the end of the third (round). He ended up putting me to sleep.”

But the thrill of that fight hooked Guerin into an emerging world of mixed martial arts, which combines several fighting disciplines including boxing, karate, wrestling and judo.

He’s responsible for landing Yakima on the map of mixed martial arts by building a fight team here and has trained fighters who climbed to national fame, such as former Ultimate Fighting Championship (UFC) bantamweight champion Miesha Tate.

A full-contact combat sport that allows punching, kicking and grappling that uses techniques from several disciplines such as karate, kung fu, boxing, wrestling and judo.

Julian “Juicy J” Erosa: He signed a nine-fight contract with UFC in 2016 and was featured on the UFC’s reality TV show following fighters through their bouts. He’s now training in Las Vegas.

His daughter Cameron, a four-time state high school wrestling champion, is now training with the U.S. team at the Olympic Training Center. For more than a decade now, Guerin has been the MMA fight matchmaker for the Emerald Queen Casino in Tacoma.

And, he and Julie run Yakima MMA on Ranch Rite Road in East Yakima.

“Rich has always loved combative sports, so when MMA entered his life it was just natural that he was drawn to it,” Julie said.

A lesson in jiujitsu

Living in Spokane at the time, he was ready to test for his black belt when his path took a sharp turn at a Wenatchee MMA school, a new course that would lead to his first cage fight against Sloan.

There, he agreed to spar with a blue belt in Brazilian jiujitsu, a grappling technique derived from judo.

At the time, Guerin was a solid 190 pounds with speed and flexibility. The blue belt only weighed about 140 pounds.

Guerin abandoned Kempo without testing for his black belt and shifted his focus from punching and kicking to studying jiujitsu in Wenatchee, where he and Julie moved.

“I just threw it all away,” he said of boxing and karate.

After his fight with Sloan, he began training and fighting as competitions began popping up. At that time, MMA wasn’t considered a legitimate sport everywhere, and non-sanctioned and underground fights were frequent. Guerin fought in many of them, fights that do not appear on his 13-9-1 record. Guerin says his actual overall record is 54-9-1.

Jeff Sherwood, founder and former owner of the online MMA information and fight statistics center Sherdog, said the lack of a uniform database or a real concern about records is largely to blame.

“Back in that time I think a lot of guys didn’t think MMA was going to be what it is now and didn’t really care about records,” Sherwood said. “A lot of fights weren’t really official, there were no commissions so they didn’t care. And it really didn’t affect people’s ability to get fights or make money like it does now.”

Guerin traveled across the country and to Mexico to fight under sometimes precarious circumstances. Sometimes he’d fight two, three matches a night.

“You had promoters telling you ‘hey, if police come, run — you’re on your own.’” Guerin said.

Originally from Yakima, Guerin and Julie returned in 1997 and he continued to fight. He maintained ties with other MMA gyms he met on the fight circuit and organized a local fight club with a handful of like-minded men.

“It was a bunch of tough guys who liked to fight,” Guerin said. “We were literally beating each other up and then hugging each other afterward.”

They trained at the YMCA, and worked with local boxing clubs in town and the Youth Police Athletic League. Interest grew and he began teaching police officers and others who only wanted to train and learn, but not fight. Meanwhile, Julie was helping him manage his amateur MMA fight team and also helped state lawmakers draft legislation that allowed amateur MMA fights in Washington

In 2004, the couple opened Yakima MMA on Fruitvale Boulevard, and soon after about a dozen Central Washington University wrestlers began showing up because the school had ended its wrestling program. Guerin had to rent the building next door to accommodate everyone.

“It was a pivotal point for all of us,” Julie said. “Our team of fighters developed and I began working closely with the state of Washington to sanction MMA events. Over the course of the years, our fight team had grown, and people from all walks of life wanted to train, mostly for self-defense and recreation. That’s when we decided to open up Yakima MMA and offer classes to the public.”

About five years later, he moved to East Yakima Avenue before landing in his current facility, a warehouse-size structure on Ranch Rite Road.

Most weeknights he can be found there clad in a gee (training uniform) and black belt teaching jiujitsu.

Professional fighter Kelly Clayton, who built a winning amateur career under his tutelage, describes him as a patient teacher who genuinely cares about others.

“I truly believe I wouldn’t be fighting today if it weren’t for Rich,” she said. “I really needed somebody to believe in me and he was there. I’m a slow learner and he’s really good at breaking things down and focusing on the fundamentals. I feel like I have a strong foundation because of him. He’s a great teacher.”

Looking over the gym one recent night and reflecting on how MMA has unfolded in his life, Guerin said his wife was the force behind him that made it all happen.

“If it weren’t for Julie, I wouldn’t be anywhere near the success I am,” he said. “She’d move anywhere — she was willing to do anything for me to be successful.”

YAKIMA, Wash. -- On the same day when Cameron Guerin launched her postseason march to a Mat Classic four-peat with a 44-second pin, Brock Rave…

COVID numbers tick up in Yakima County; officials say many self-tests are not reported