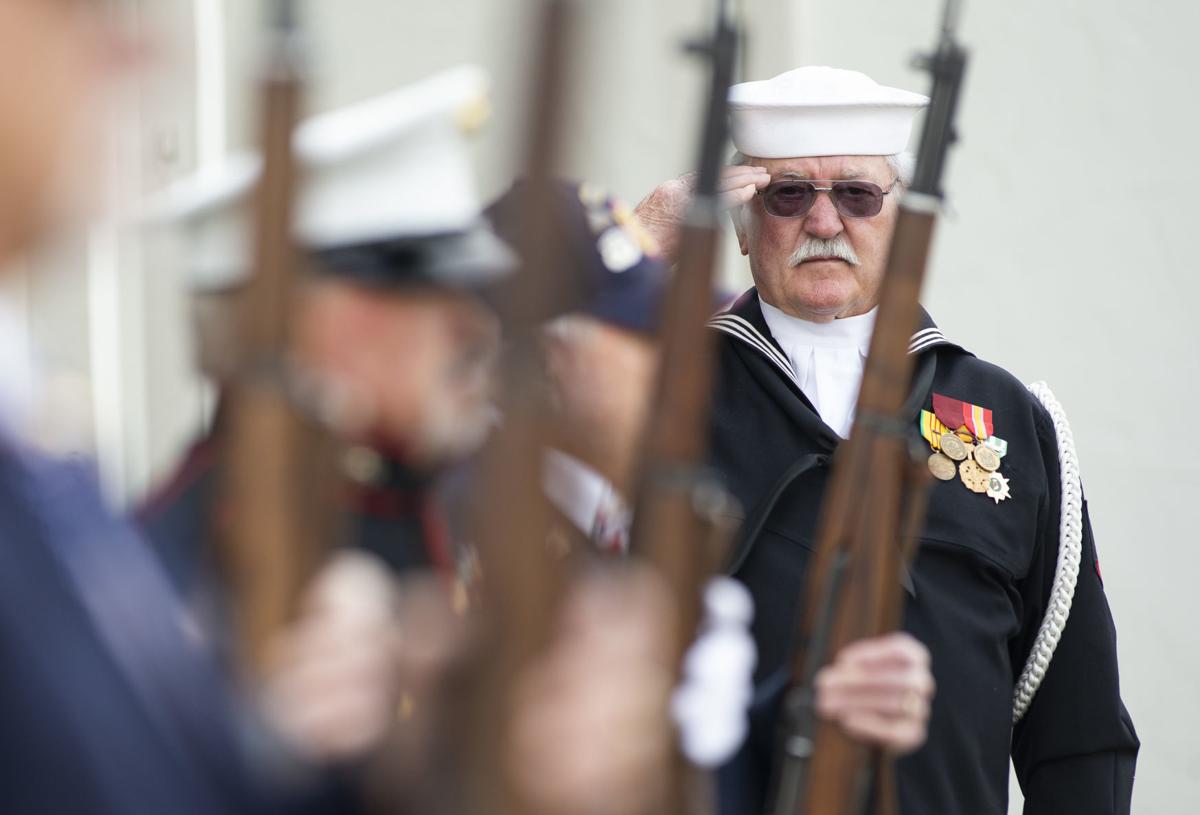 Fred Camerer salutes while leading the VFW 379 rifle team during a memorial service Friday in Yakima. 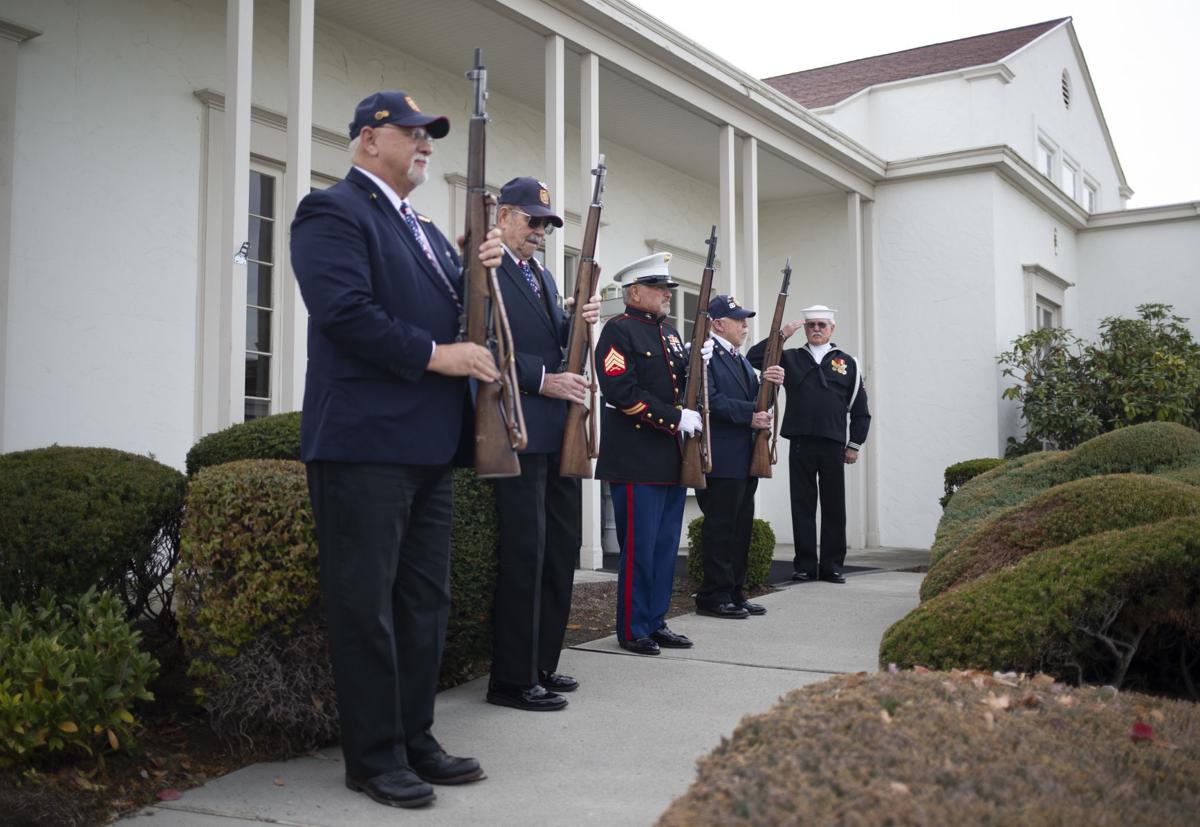 The VFW 379 rifle team at a memorial service Friday at Keith and Keith Funeral Home.

Fred Camerer salutes while leading the VFW 379 rifle team during a memorial service Friday in Yakima.

The VFW 379 rifle team at a memorial service Friday at Keith and Keith Funeral Home.

Fred Camerer is a Vietnam veteran. He’s 74. This is his 18th year heading the annual Veterans of Foreign Wars parade in downtown Yakima.

But he won’t be leading the procession.

“He’s the guy with the clipboard at the beginning of the parade making sure everyone knows where to go,” said VFW Commander Tim Gatton.

It’s Camerer’s final year in the role, which he’s handing off to Gatton.

“I’m going to miss it,” said Camerer, who has been active in Yakima’s VFW Post 379 for three decades.

That’s going to continue, he said.

“It’s the camaraderie primarily,” he said. “I enjoy being around people, good people. And I really enjoy doing things for other people.”

Camerer was attending Davis High School when he joined the U.S. Navy Reserve. After graduation, he enlisted.

“I just wanted to get into the military,” he said. “I had a friend who was in the Navy.”

Camerer became a jet mechanic in the Navy, serving with Strike Fighter Squadron 113, based in Lemoore, Calif. Later, he was assigned to the USS Kitty Hawk, an aircraft carrier sailing out of the Yokosuka Naval Base in Yokosuka, Japan. The Kitty Hawk took part in combat operations off the coast of Vietnam.

Camerer doesn’t tell war stories, but he does discuss the good times. He played the bass in a country-western band while in Japan.

“We had a great time,” he said. “We played in Japan seven nights a week and won the talent show there coming back from Vietnam.”

Returning from an unpopular war wasn’t easy. Camerer clearly remembers stepping into the VFW hall for the first time.

“One of the boneheads at the bar said, ‘We don’t recognize Vietnam as a war,’ ” he said.

Camerer recoiled and kept his military service to himself for a long time.

“I did not want to broadcast where I had been,” he said. “It wasn’t a pleasant trip — let’s put it that way.”

Eventually he was named commander, a post he’s held on two occasions.

Gatton calls him “a pillar of the VFW, always willing to help his fellow veterans.”

One night about a year ago, another veteran unable to drive was injured in an accident in Wapato. Camerer dropped everything and got him to the hospital, Gatton said.

“Fred didn’t even know the other veteran and said, ‘I got it,’” Gatton said. “When Fred says ‘I got it,’ you know it’s going to get done.”

Planning the parade takes about six months, Camerer said. But he stays busy in a variety of roles.

He’s participated in about 100 military funerals this year, including two on Friday.

“Primarily dealing with veterans and doing our duty to take care of veterans,” he said. “Pay honors to the deceased.”

“They just go crazy this time of year — everyone wants a color guard,” he said.

Camerer said he doesn’t mind the busy schedule and enjoys visiting students, who often marvel at the military medals, weaponry and flags.

“They’re just overwhelmingly excited: ‘What is all this medal on your chest? Is that a real gun?’ It’s worth being involved,” he said.

Route: Begins at the intersection of Yakima Avenue and Sixth Street, heads west on Yakima Avenue to Sixth Avenue, then turns left and ends a half-block west of the VFW hall at 118 S. Fifth Ave.