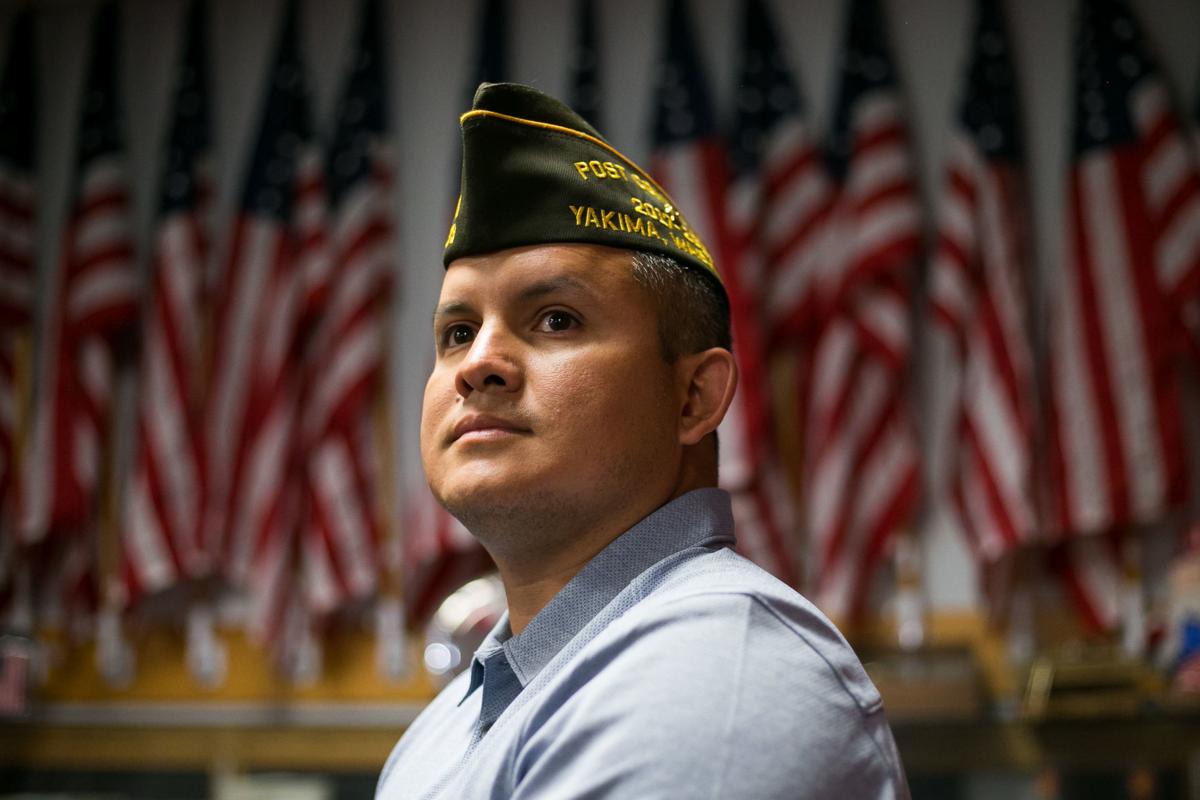 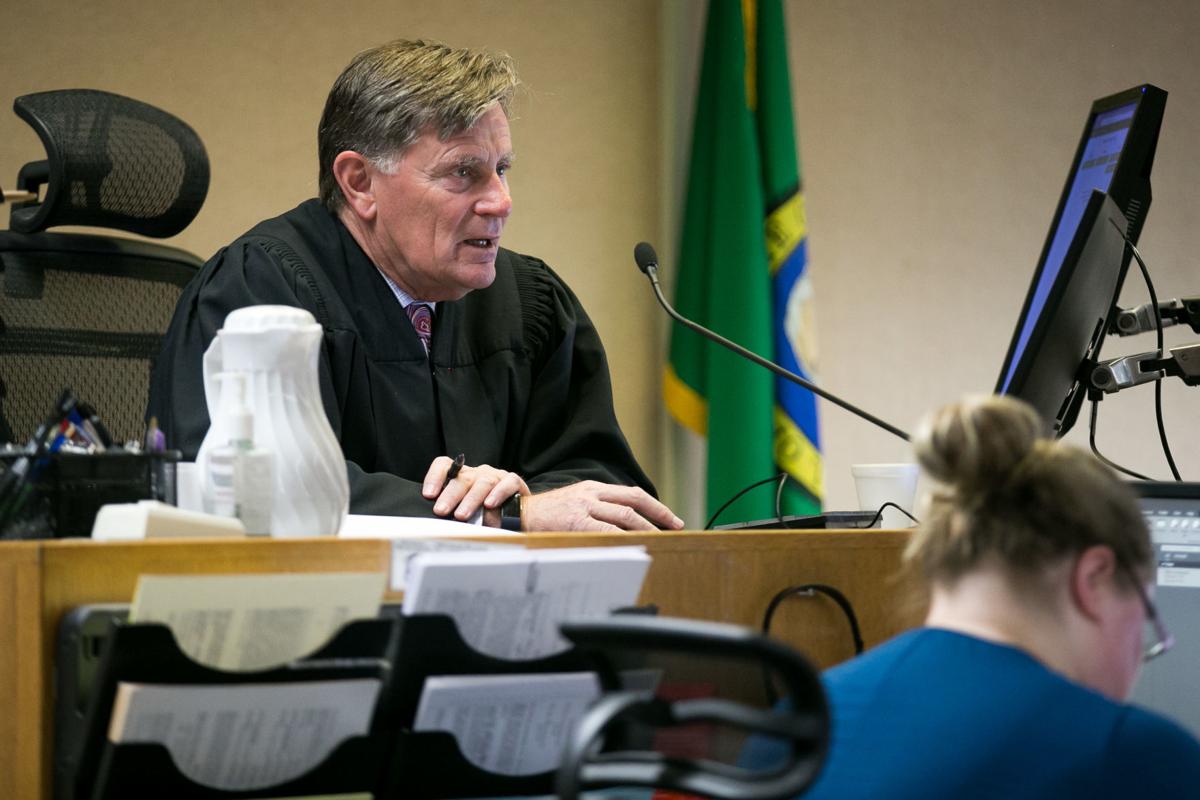 Transitioning out of military service can be difficult, especially for those who experienced trauma during their time in uniform.

Sometimes, the move from military to civilian life can be a rocky road, landing veterans in the criminal justice system. Veterans might be dealing with

But in the past 11 years, a new program is helping veterans who run afoul of the law deal with those bigger issues in hopes of breaking them out of a cycle of criminal behavior before it is too late.

Based on the model of mental health and drug courts, veterans therapeutic courts require veterans to get treatment for issues such as substance abuse, domestic violence and drunken driving that are at the root of criminal behavior, while maintaining accountability.

It’s an option that Yakima County Prosecuting Attorney Joe Brusic is considering as well, after hearing reports of veterans coming through the county’s court system. But he said the county still needs to assess the scope of the need, as well as how to pay for the program.

In its most recent data, the U.S. Bureau of Justice Statistics reported that about 181,500 veterans were incarcerated in prisons or jails, down from 225,000 in 1998. The BJS study also found that about half of incarcerated veterans had been diagnosed with a mental health issue, such as PTSD.

While the number of veterans incarcerated has decreased, the fact that veterans with service-related issues are being arrested is a concern for many.

“The transition piece (from military to civilian life) is difficult, and for those who are wrestling with it, the question is how they are accepting that transition, or are they self-medicating that transition?” said Al Pineda, commander of Veterans of Foreign Wars Post 379 in Yakima.

Another challenge for veterans, particularly women, is sexual assaults in the military, Miller said.

Attempts by veterans to cope with their trauma can lead to scrapes with the law for substance abuse or other crimes.

That’s where veterans courts come in.

The first court opened in 2008 in Buffalo, N.Y., and today there are more than 400 around the country.

Veterans are screened for eligibility before going into the court. Among the criteria are the nature of the veterans’ crimes and whether they have military service-related issues in their lives. Veterans also can’t be dishonorably discharged from the military to be eligible.

Following the model of mental health and drug courts, the veterans courts seek to address the issues that are causing a veteran to run afoul of the law, and by correcting them get the veteran back on a more productive path.

Benton County’s veterans court effort was spearheaded by Tom Mattis, who serves on the board of directors for the Columbia Basin Veterans Center in Pasco. He and other veterans approached Miller after learning about a veterans court in Spokane County, which has been operating since 2010.

Mattis went with a Benton County delegation to observe the court in action.

“We came back inspired by what they were doing,” Mattis recalled.

He and others worked with Miller to lobby county commissioners to provide funding through the public safety sales tax to pay for the staffing required for the court.

Miller said the county sheriff and the public defenders were on board, and the county approved $723,711 for the next two years in the county’s District Court budget, with an additional $99,500 for the prosecutor’s office.

Miller and Mattis both stressed that a veterans court does not give participants a “get out of jail free” card.

“They have to do a lot more work (than if they went through the regular courts),” Mattis said. “They still have to do their probation.”

Like mental health and drug courts, veterans court participants are in a form of diversion, where, if they are accepted into the program, they enter a plea in abeyance and are then ordered into a variety of treatment programs, depending on their needs.

They can be required to obtain substance abuse treatment, undergo random drug tests, get counseling for mental health issues and meet regularly with the court to ensure they are progressing.

Additionally, veterans court also requires the participants to work with a mentor, who is most times a fellow veteran, to stay on track and have an additional layer of accountability and support. Mattis will oversee the mentors through the veterans center, as well as serving as one himself.

Those who successfully complete the program can either have their charges dismissed or reduced significantly. If participants do not continue with the program, then they can go to jail or prison, depending on the nature of the crime.

Some of the participants, Mattis said, reported that going through veterans court steered them away from suicide, another problem that has plagued veterans.

Pineda, with the Yakima VFW, said court orders are one way for a veteran get help when he or she is unwilling to go on their own, either due to denial or fear of being seen as weak because they sought counseling.

“When something is court-ordered, it has more of a ‘you must do something’ aspect to it,” Pineda said. “If a veteran is wrestling with a problem, it will help get them in, and they may find that they are entitled to veterans’ care.”

How many would benefit from the program in Yakima County is not known at this point. Brusic said he has heard only anecdotal reports from his deputies about defendants who are ex-service members.

“It’s clear that we have more vets coming through the system than we can imagine,” Elofson said.

He said a veterans court would be able to focus on veterans’ unique issues and bring a team of people in to support them.

But, Elofson and Brusic said one issue is funding. At this point, the county does not have the resources to pay for the staffing that would be needed for an additional therapeutic court.

Brusic said the first step is determining the scope of the problem, and then working with the county commission and other agencies to find money in the budget to cover the costs, which he believes will be worth it for the benefits.

“I think there is always a need for a therapeutic court,” Brusic said.

Yakima County Superior Court Judge David Elofson discusses the benefits of therapeutic courts such as drug and mental health courts, as well a…