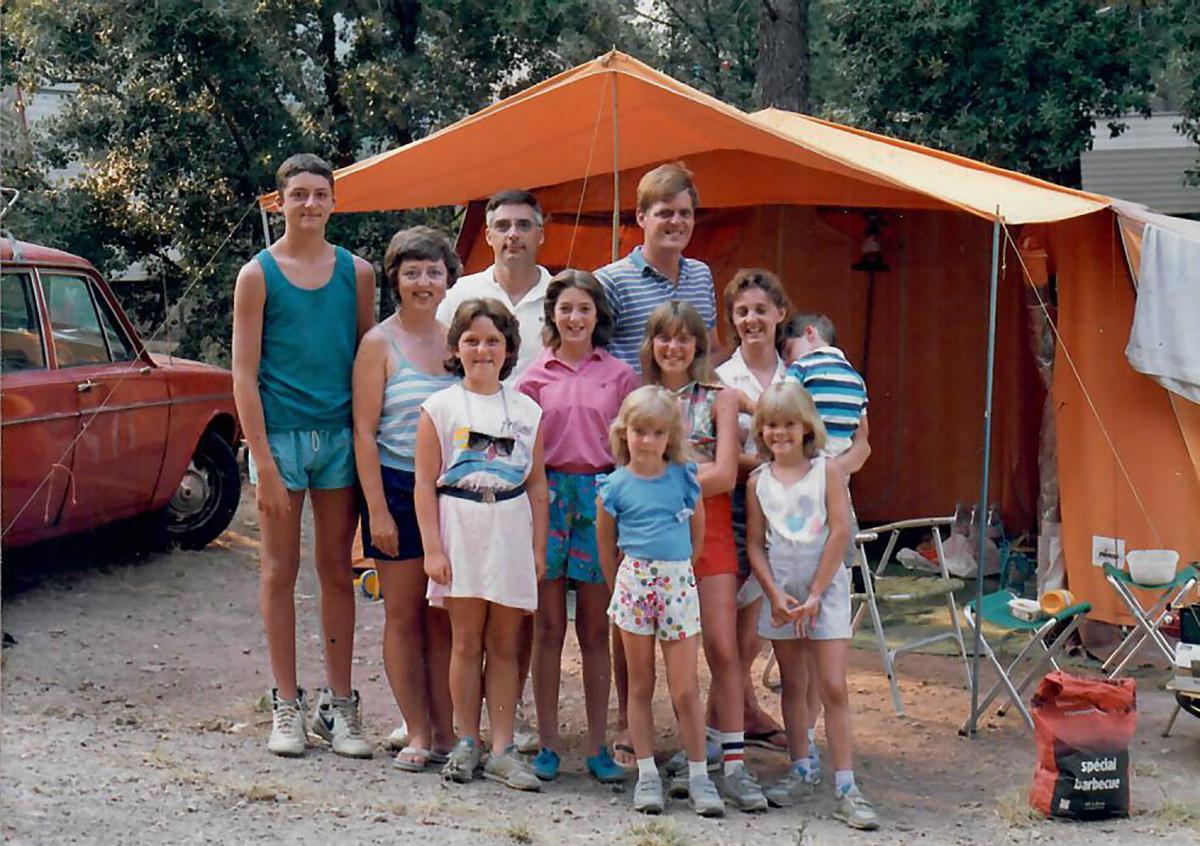 The Sliman and Dupuy families have been serving -- and growing their friendship -- for generations. 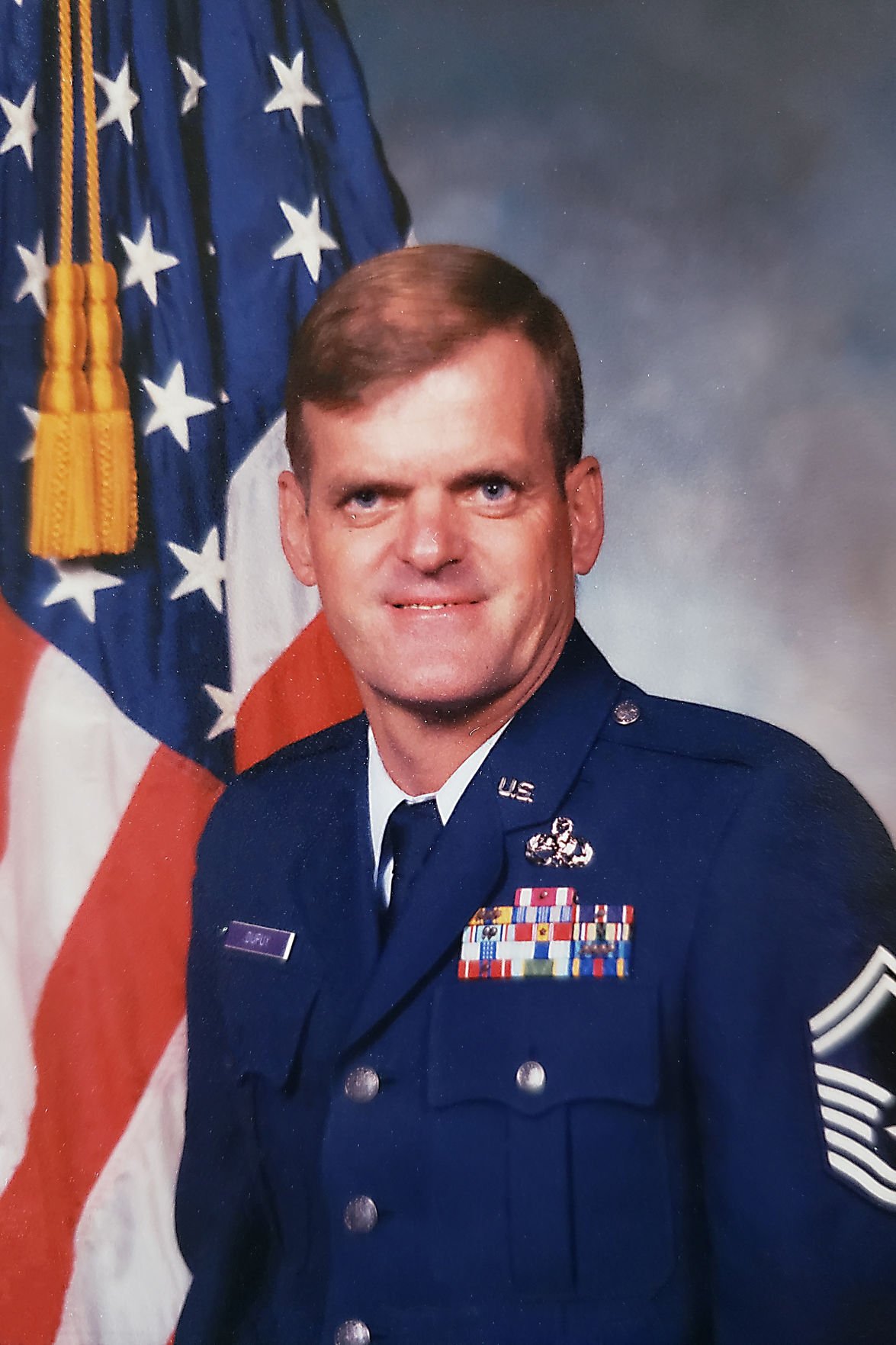 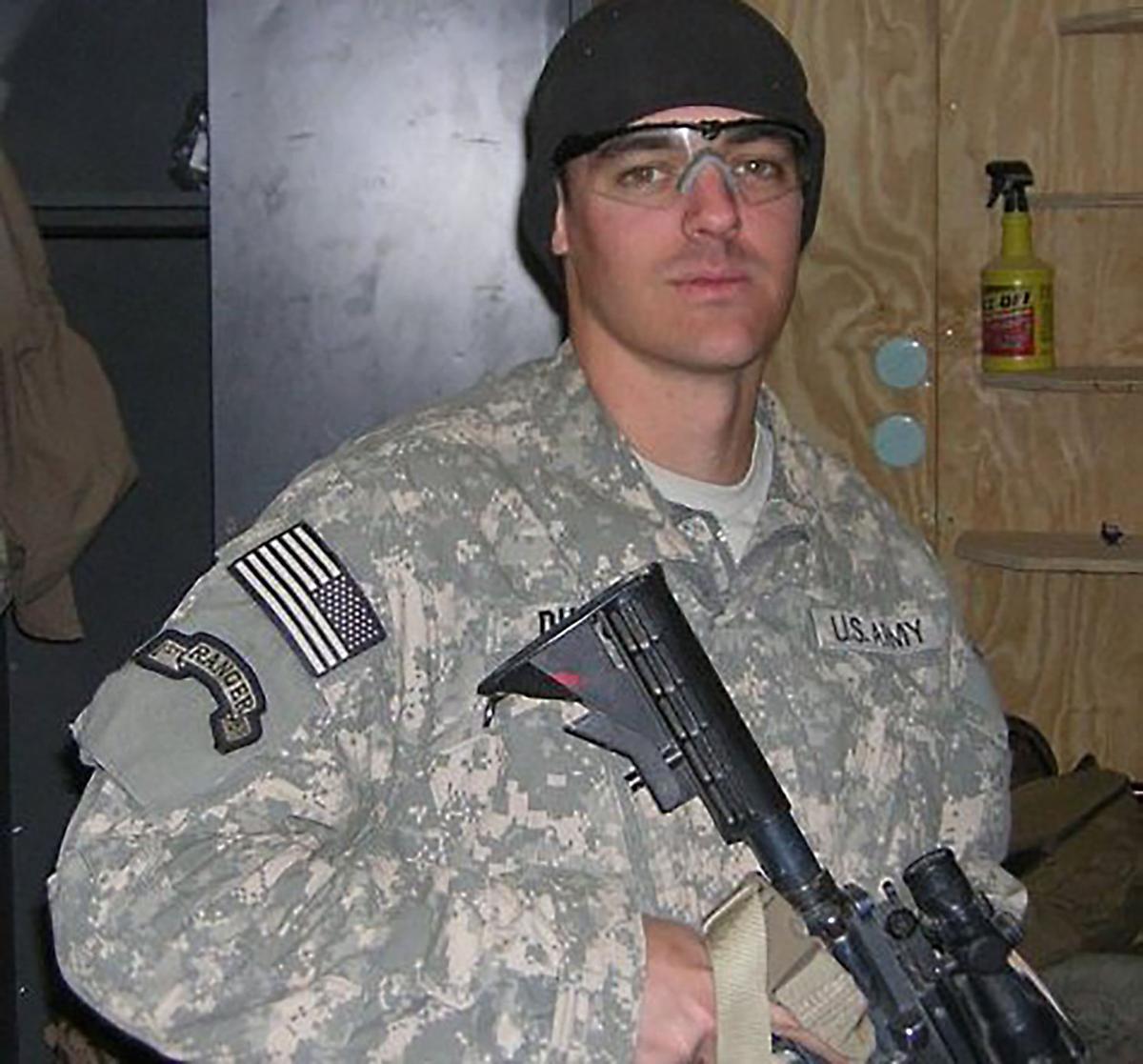 Richard Dupuy Jr. was an Army Ranger and a sniper. 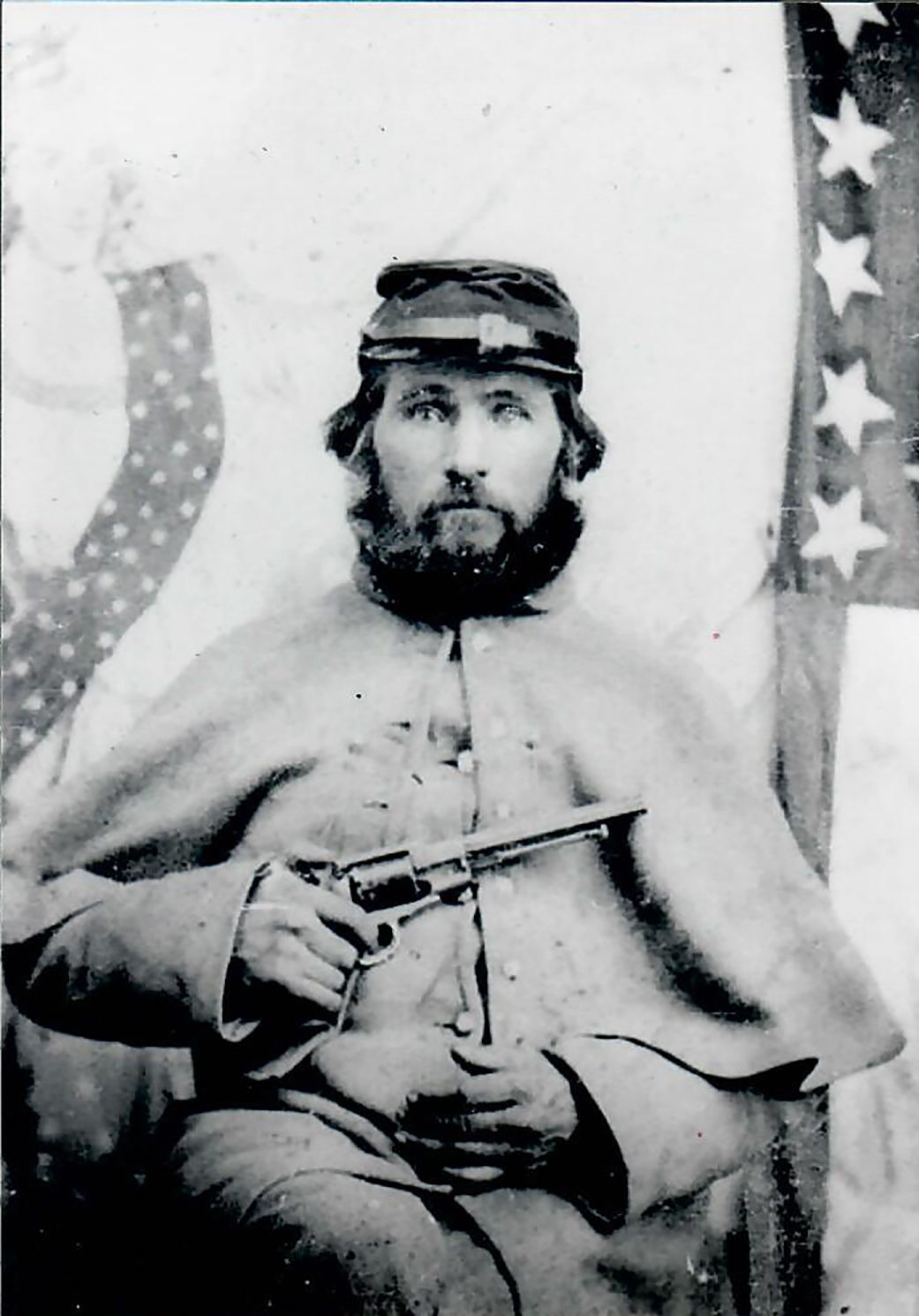 From the Sliman side of the family, Philip Osborn took up the Union Army's cause in the Civil War. 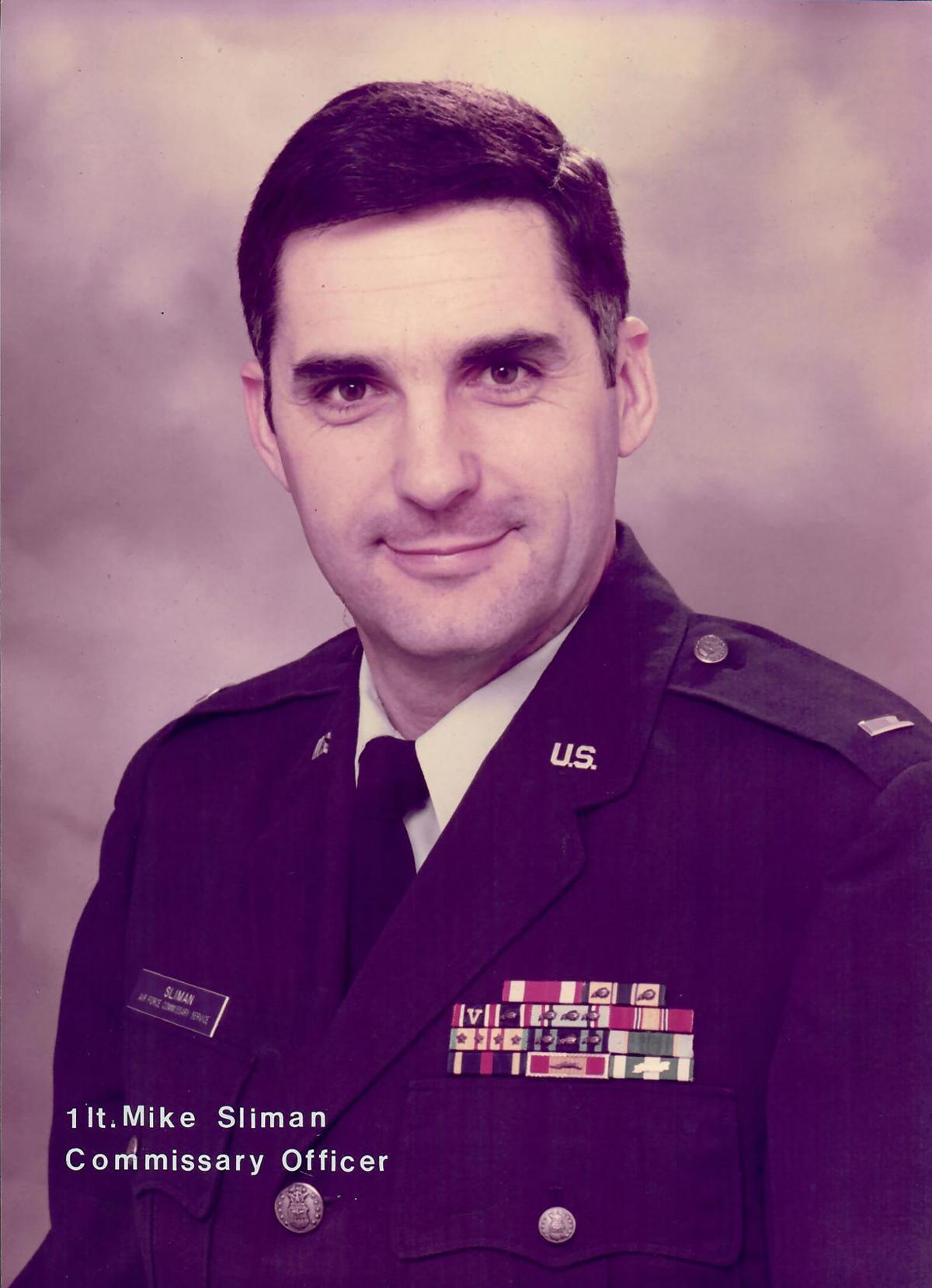 Mike Sliman enlisted in the Air Force in 1967. 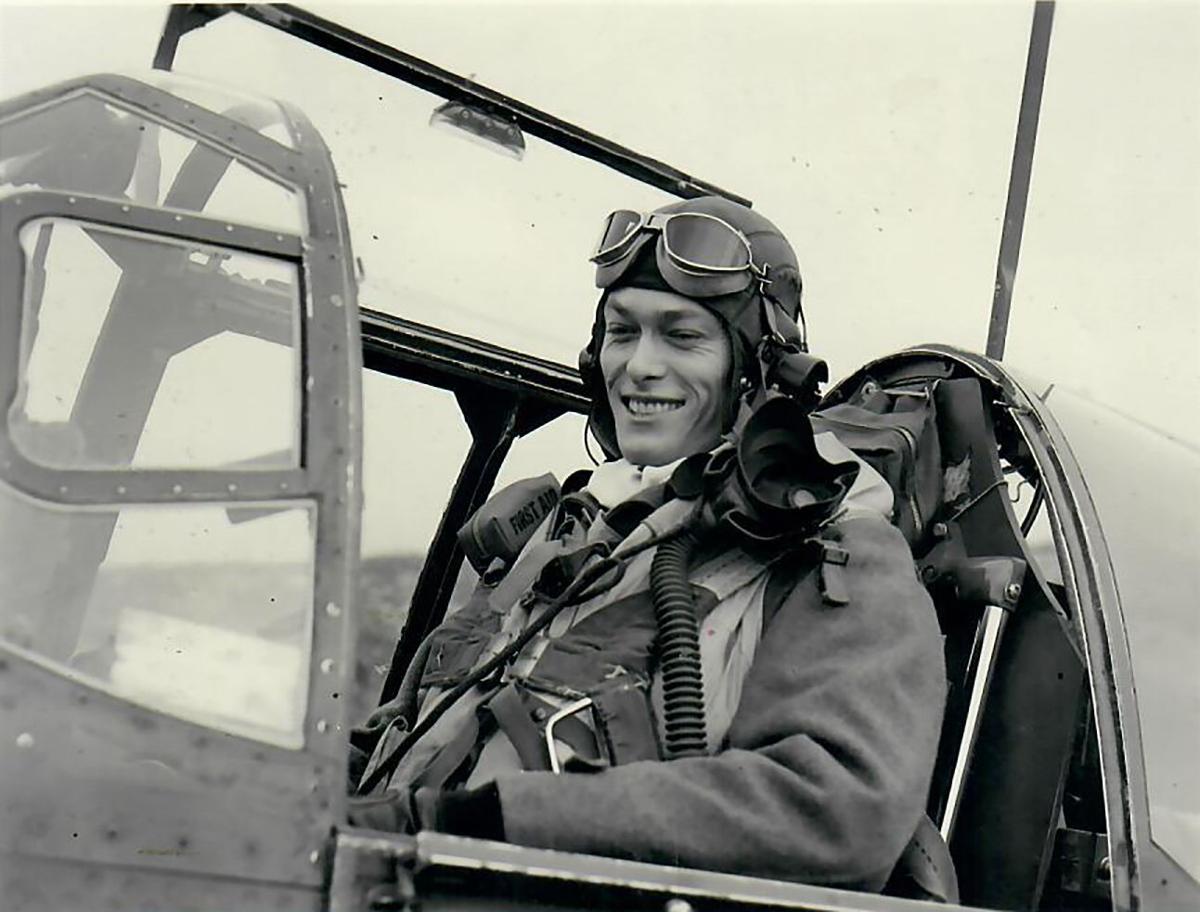 Linden K. Martin, Brian Sliman's grandfather, took to the air for his service. 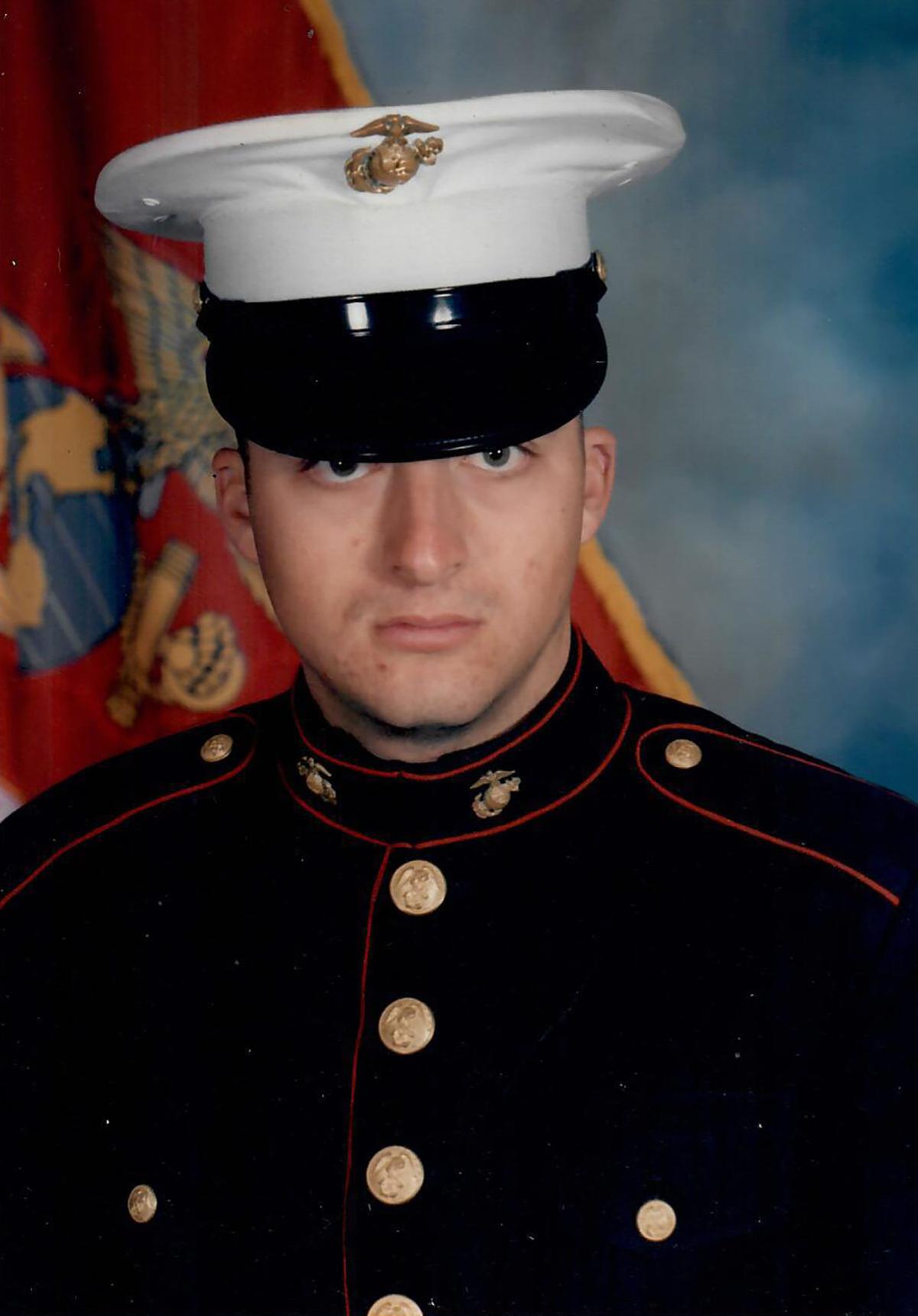 Brian Sliman upheld his family's legacy by serving in the Marine Corps. 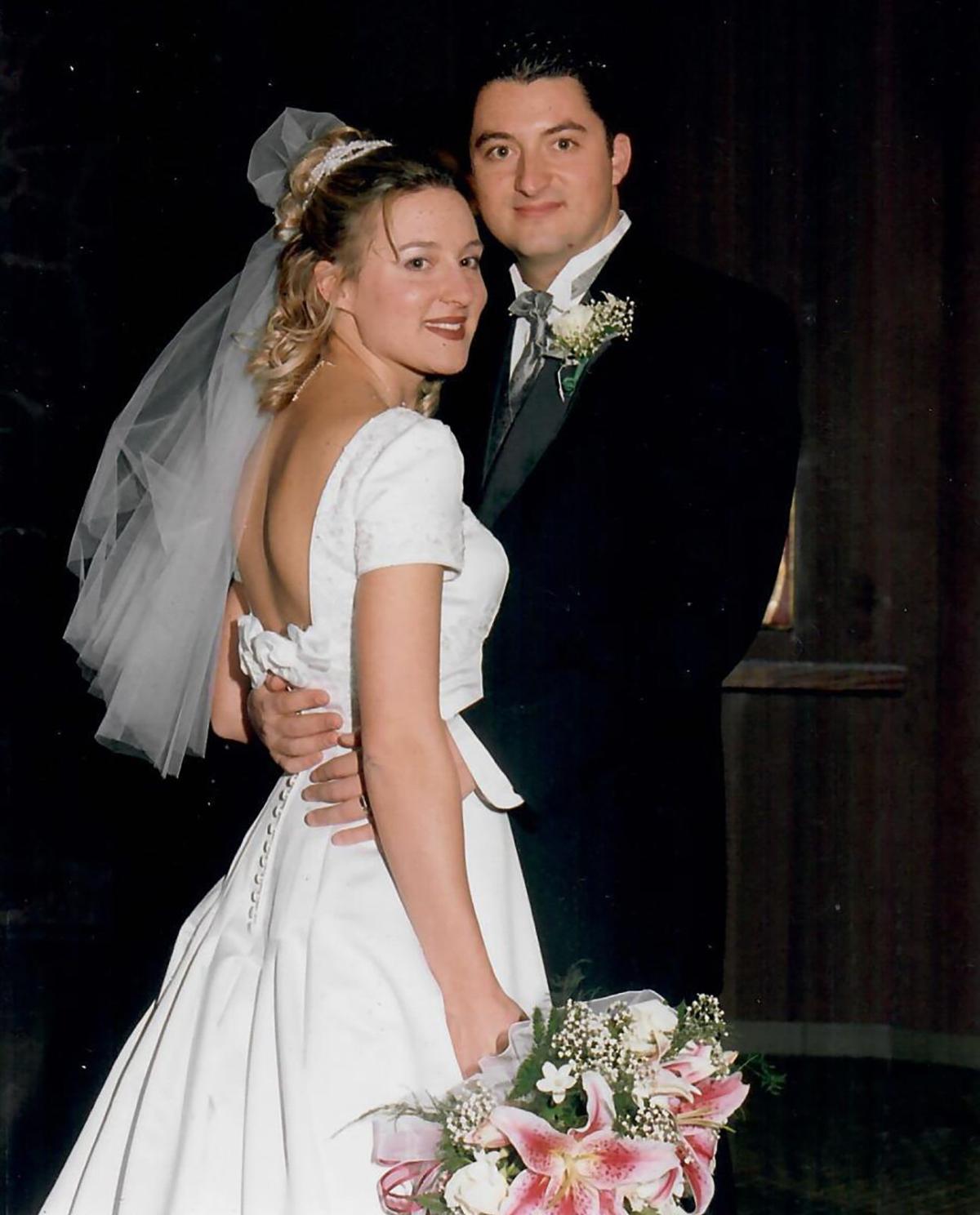 The two families tightened their bond when Brian Sliman and Chantelle Dupuy got married in 2000. 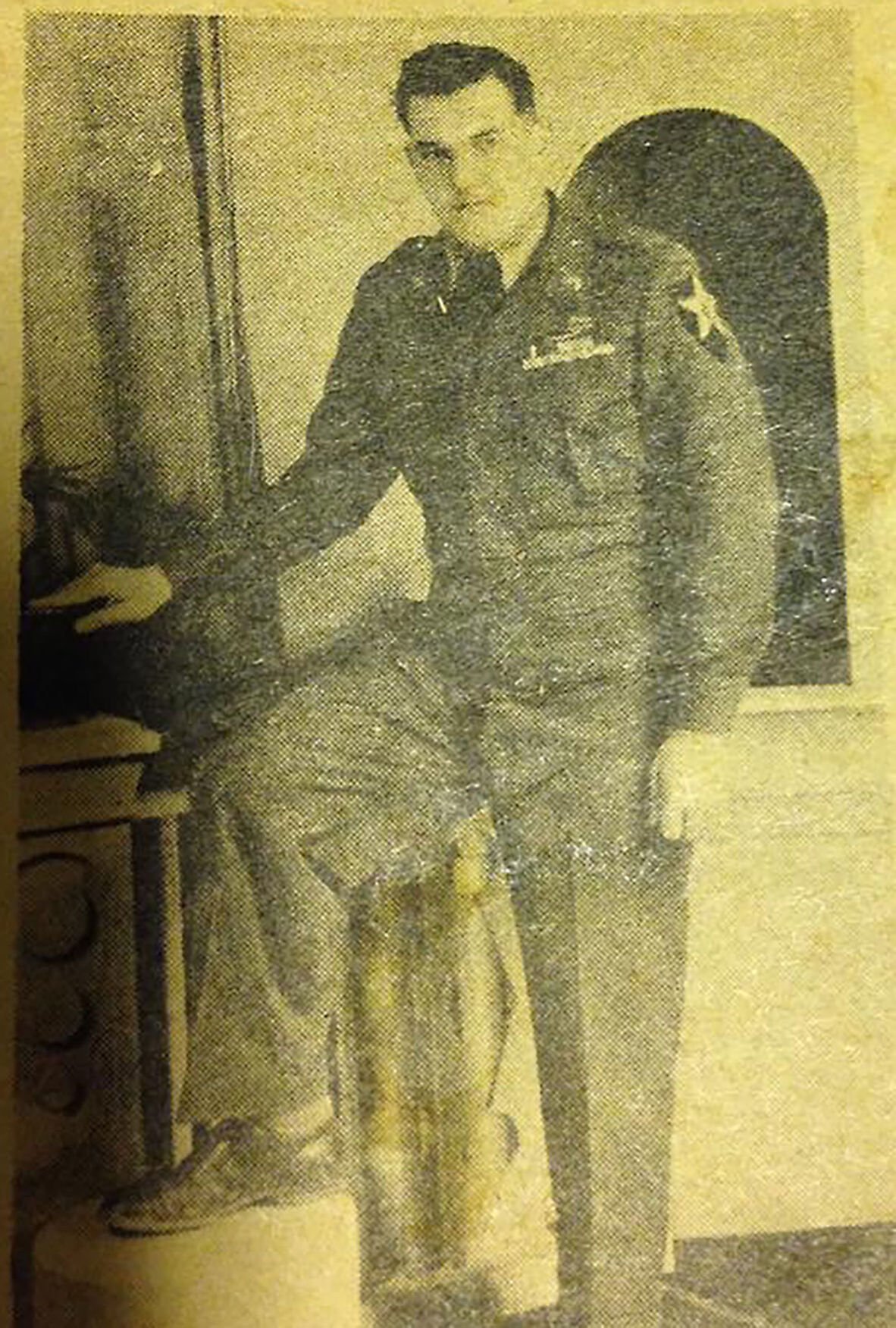 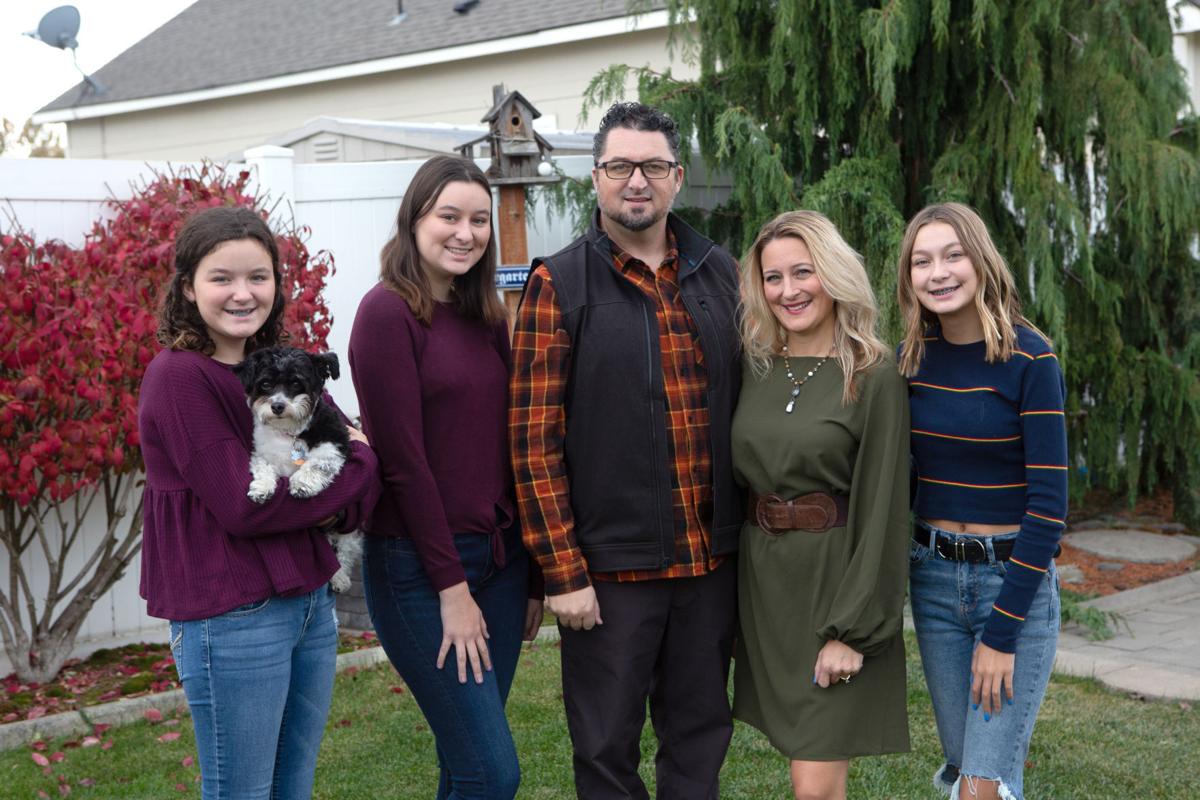 The Slimans live in Yakima, but they remain as close as ever to the Dupuys -- even though they now live in Florida.

The Sliman and Dupuy families have been serving -- and growing their friendship -- for generations.

Richard Dupuy Jr. was an Army Ranger and a sniper.

From the Sliman side of the family, Philip Osborn took up the Union Army's cause in the Civil War.

Mike Sliman enlisted in the Air Force in 1967.

Linden K. Martin, Brian Sliman's grandfather, took to the air for his service.

Brian Sliman upheld his family's legacy by serving in the Marine Corps.

The two families tightened their bond when Brian Sliman and Chantelle Dupuy got married in 2000.

The Slimans live in Yakima, but they remain as close as ever to the Dupuys -- even though they now live in Florida.

Aside from social groups like college fraternities and sororities, it can be tough to find settings where true camaraderie can grow. People serving in the military, however, often develop bonds for life.

And that’s exactly what happened for two families when they found each other at Camp New Amsterdam in Holland.

This story of the Sliman and Dupuy families coming together actually starts centuries and generations before. A member of at least one of their families has served in nearly every battle or war the United States has fought in. A partial list includes:

The families are represented in every branch of the military as well. They have been infantrymen, flown as fighter jet pilots, worked as electricians and various other duties. They have returned from retirement to active duty, served multiple tours or for multiple decades. And some have given the ultimate sacrifice.

Yet even with the knowledge of the past, their brothers, cousins and sons continue to enlist and serve their country.

One of those was Mike Sliman, who enlisted in the Air Force in 1967 and served a combat tour in Vietnam as a veterinary technician. His duties included the care of 50 military working German shepherds used to secure base or camp perimeters.

He served at five different stations in the United States as well as in Spain and Holland, where he worked in food logistics and supply, in charge of all supplies in Amsterdam. Fourteen of his 24 years were in the enlisted corps. He finished his degree while serving and retired as a captain in 1991.

Another was Richard Dupuy. He joined the Air Force in 1972 and served multiple tours across the country and world, providing fighter aircraft maintenance. He worked on transport, combat and tactical aircraft, primarily fighter jets.

The A-7 Corsair was his first assignment, followed by the F-105, then the F-4 in Alaska on alert duty (in case the Soviets invaded the country through our northernmost border). He eventually worked on the F-117 Nighthawk stealth aircraft for three years. Although the program is no longer in existence, he is still unable to discuss much of what he did. Dupuy retired a senior master sergeant in 1998.

While serving in the military, both men met their future spouses and eventually started families. For Sliman, it was wife Marty and their son Brian plus two daughters. For Dupuy, it was wife Carla and their daughter Chantelle as well as a son and two other daughters.

In 1984, the Slimans were stationed at what was then Camp New Amsterdam, about 40 miles southeast of Amsterdam, Holland, (it was later changed to Soesterberg Air Base, named for the town it is in). A year later, the Dupuy family arrived and they met at the base’s church. The two families formed a bond that would prove to endure distances of time and location.

While on the base, each group developed their own special camaraderie. Dupuy and Sliman knew what each was accomplishing as well as giving up. The wives could share their occasional fears as well as discuss raising kids in a foreign country. And the children took comfort in knowing they weren’t the only ones experiencing what they were — they also had other kids to play with other than siblings.

As they looked back on their experiences recently, one wife would say, “There was never an assignment …” but then be cut off by the other who finished with, “… or a relationship, that meant as much as these families did in Holland.”

They were stationed together for three years before moving on, but the change of address did little to keep them apart. The families visited each other multiple times while still stationed in Europe or living back in the United States.

What changed everything was a wedding of a friend from Holland nearly a decade after they’d left. A childhood friend of Brian and Chantelle was getting married in Seattle and both families were invited.

The two hadn’t seen each other in seven years — Brian was serving in the Marines as part of an M1 Abrams tank crew. He enlisted in 1993 and served until 1998, when he retired a corporal. He’d asked his childhood friend for a dance and the two mothers looked on in astonishment, asking each other, “What if?”

What if, indeed. The couple married three years later in 2000.

The Dupuys now enjoy life in the Florida Keys while both Sliman families reside in Yakima. The Dupuys participated in this interview via speaker phone but you wouldn’t know the families were across the country from each other. The banter was as if they were sitting at a kitchen table playing cards together.

The fathers discussed Brian, as well as Dupuy’s son Richard Jr., following in their footsteps and serving in the military. Both had immense pride, but also concerns. Brian entered the Infantry, generally the first to go into battle. Richard Jr. served as an Army Ranger, then as a sniper serving three tours in Afghanistan and Iraq. His father reminisced about his sadness that his son had to see the horrors of war; he never wanted that part for him.

The elder Sliman and Dupuy remember their time in the service as pivotal.

“It defines me and is very much a part of me,” Sliman said. “It’s who I was and what defines me today. I consider it an honor to have served.”

“They are simply some of the strongest people out there,” she said.

While their husbands served, they were the ones keeping their families together. Because of that, Brian and Chantelle have three daughters who owe a certain debt of gratitude to their military-mom grandmothers.

Both families are among the many their country is honoring this Veterans Day.