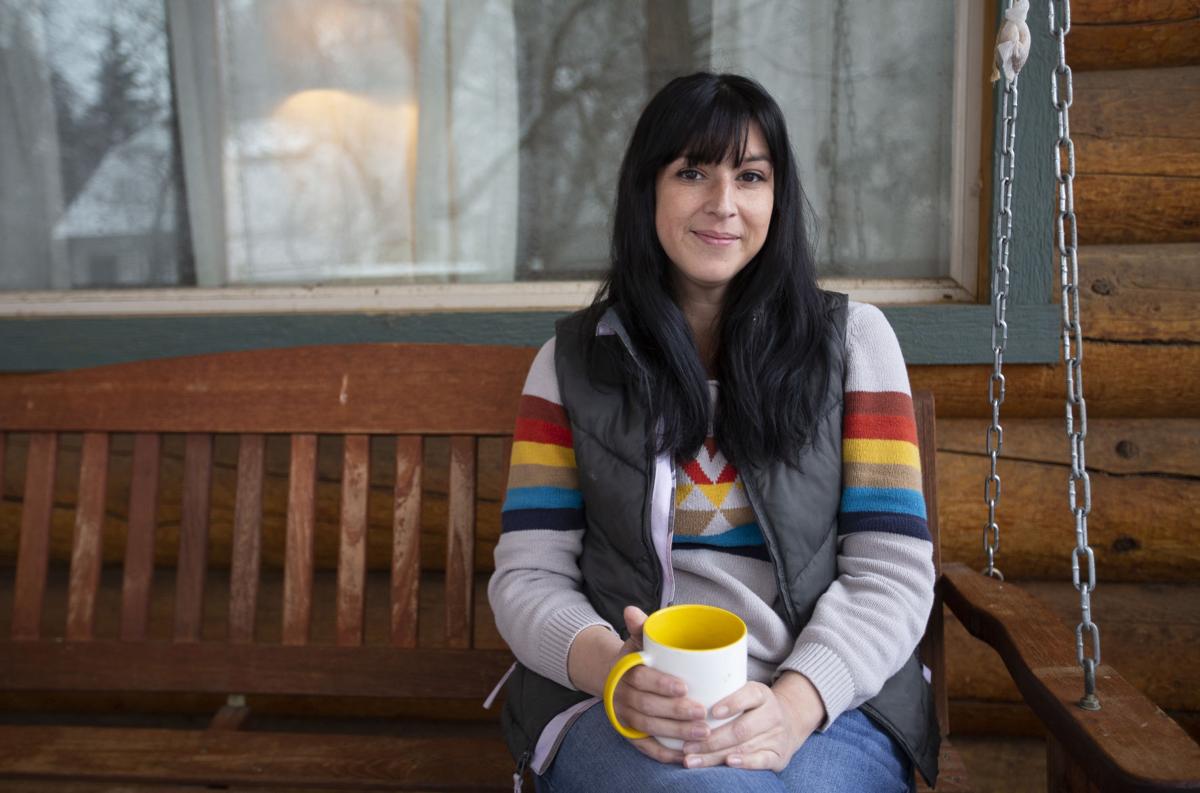 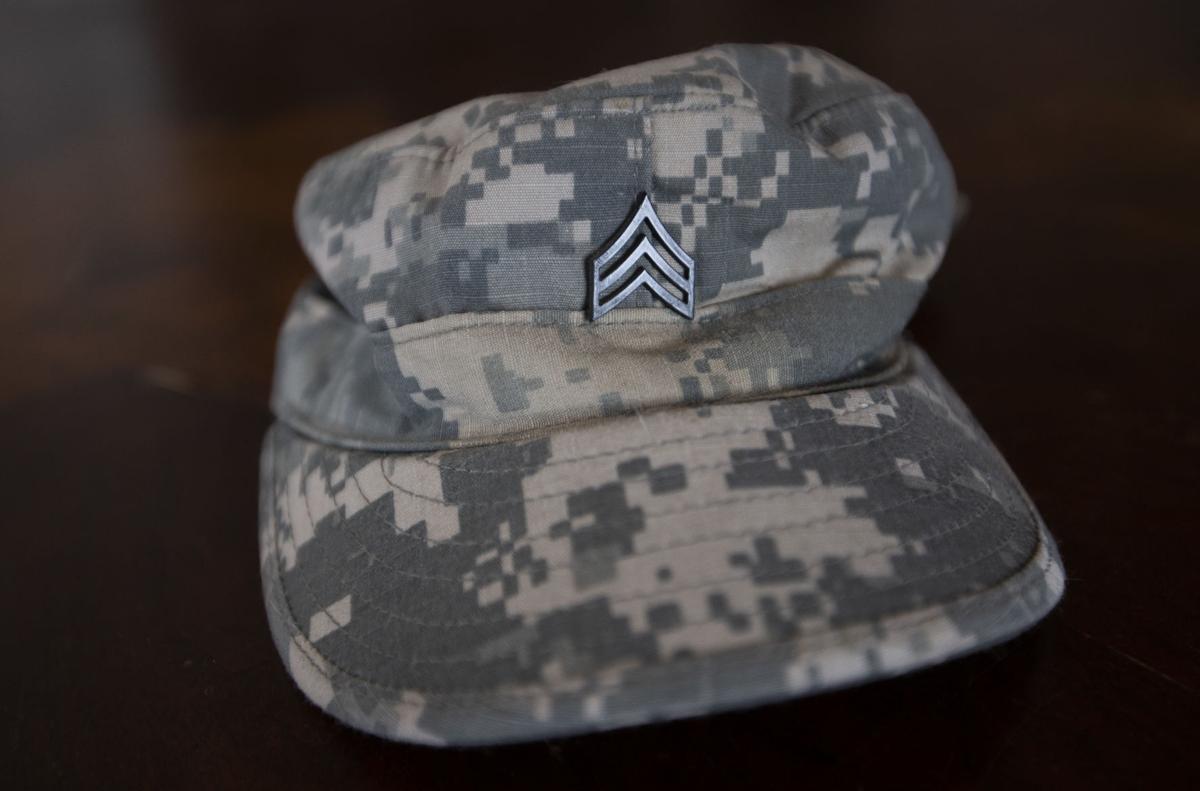 Tiffany Metzger's hat from when she was in the army is pictured at her home on Monday, Dec. 10, 2018, in Ellensburg, Wash. (Evan Abell, Yakima Herald-Republic)

Tiffany Metzger's hat from when she was in the army is pictured at her home on Monday, Dec. 10, 2018, in Ellensburg, Wash. (Evan Abell, Yakima Herald-Republic)

YAKIMA, Wash. -- People think of the homeless as almost a separate species, like there’s some fundamental difference between them and us.

For her, “them” became “us” at the end of 2014. That’s when, seven years out of the Army, suffering from post-traumatic stress disorder that kept her from working full time, she discovered that the man she was planning to marry — the man she followed to Phoenix, because he had a good job there — had not been working at all. They got an eviction notice at Thanksgiving, so Metzger left. She took her two teenage kids, found a cheap hotel and started calling friends, searching for any idea of what to do next.

“It had gotten to the point where I knew I couldn’t do it alone,” the 38-year-old said in an interview last week.

Fortunately, one of the friends she called was her children’s godmother in Ellensburg. She and her husband, the kids’ godfather, offered a place to stay until Metzger could get back on her feet. As soon as she got her next disability payment — she’s on 60 percent disability from the Veterans Administration because of PTSD and other issues — Metzger bought an old car and drove to Central Washington to stay with them.

Once there she visited the state Department of Social and Health Services, which got her in touch with HopeSource, the Ellensburg-based nonprofit that administers the federal Supportive Services for Veteran Families program in Kittitas County and five other Washington counties.

“Then everything just came together,” Metzger said. “SSVF was able to point me toward all the resources I could use and advocate for me.”

The fund paid for most of the first couple of months’ rent on an apartment she found and helped her get work driving a school bus. By the end of February, Metzger had employment and stable housing.

“We’ll sit down and work with landlords, work through budgeting, help with meal-plan development, help with employment training,” he said.

There’s the federal Housing and Urban Development-Veterans Affairs Supportive Housing program, commonly known as HUD-VASH, which supplies thousands of housing vouchers to veterans annually. Increased funding of that program combined with the creation of the SSVF program in 2011 helped reduce the number of homeless vets in the United States from more than 74,000 in 2010 to roughly 40,000 last year.

Hooking people up with such programs is a big part of Yakima County’s Veterans Program, run by county employee Dave Brown. A point-in-time homelessness count in January identified 57 homeless veterans in Yakima County, but identifying them is just a start, Brown said. Getting veterans to admit they need help can be a struggle, he said. A lot of them have mental or physical health problems, addiction issues, bad credit or PTSD, so their paths to stability can be filled with twists and turns. The general shortage in affordable housing doesn’t help either, Brown said.

He frequently helps veterans who, like Tiffany Metzger, had fairly stable lives until hitting patches of bad luck.

“Only one or two things has to go wrong,” Brown said. “Your car breaks down, you have a health problem. ... I had two younger veterans recently who hadn’t been out for too long and they lost employment. One of them was in his vehicle, and the other was in the woods.”

That kind of homelessness — situational rather than chronic — can snowball into chronic homelessness if it isn’t stopped early. Helping as many veterans as possible avoid that should be a national priority, Brown said.

“I think society wants to do more for veterans,” he said. “It’s a disgrace not to. And it’s a badge of honor when we do. It’s just the right thing to do, to do all we can for those who have served.”

Metzger agrees. Having benefited from such services herself, she now works at HopeSource, helping those in the position she was in four years ago. Like her, they never expected to be homeless. And like her, they found that the line between having a home and becoming homeless was closer than they thought.

“They had no idea they’d ever be in the position they’re in,” Metzger said. “It’s a very thin line. And neither side of the line really knows where it is.”

She’s happy to serve as an example of how people on the other side can get their lives back. In addition to her job, she has become a frequent volunteer for social services organizations in Central Washington and last November was voted onto the board of the Housing and Homeless Network of Kittitas County.

“I wanted to show HopeSource they did a good job by helping me,” Metzger said. “I really wanted them to know it was worth it.”

This story is part of a yearlong series about veterans in the Yakima Valley. On the 11th of each month, the Yakima Herald-Republic will talk to area veterans about their experiences and explore connections in the community. If you have a story idea, email news@yakimaherald.com with “Valley Vets” in the subject line. To read these and other stories of those who've served, visit yakimaherald.com/valleyvets.

Resources for veterans in need