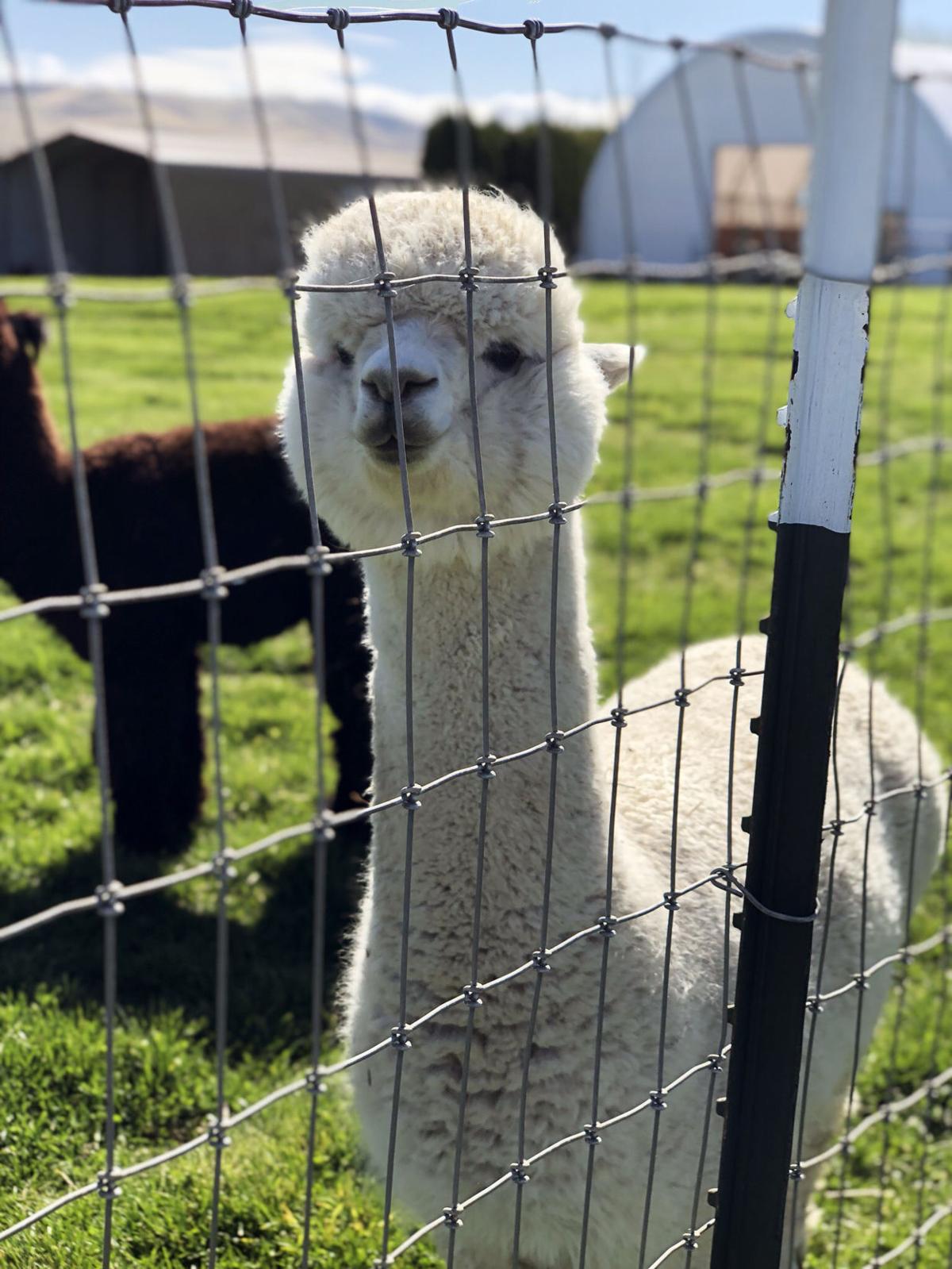 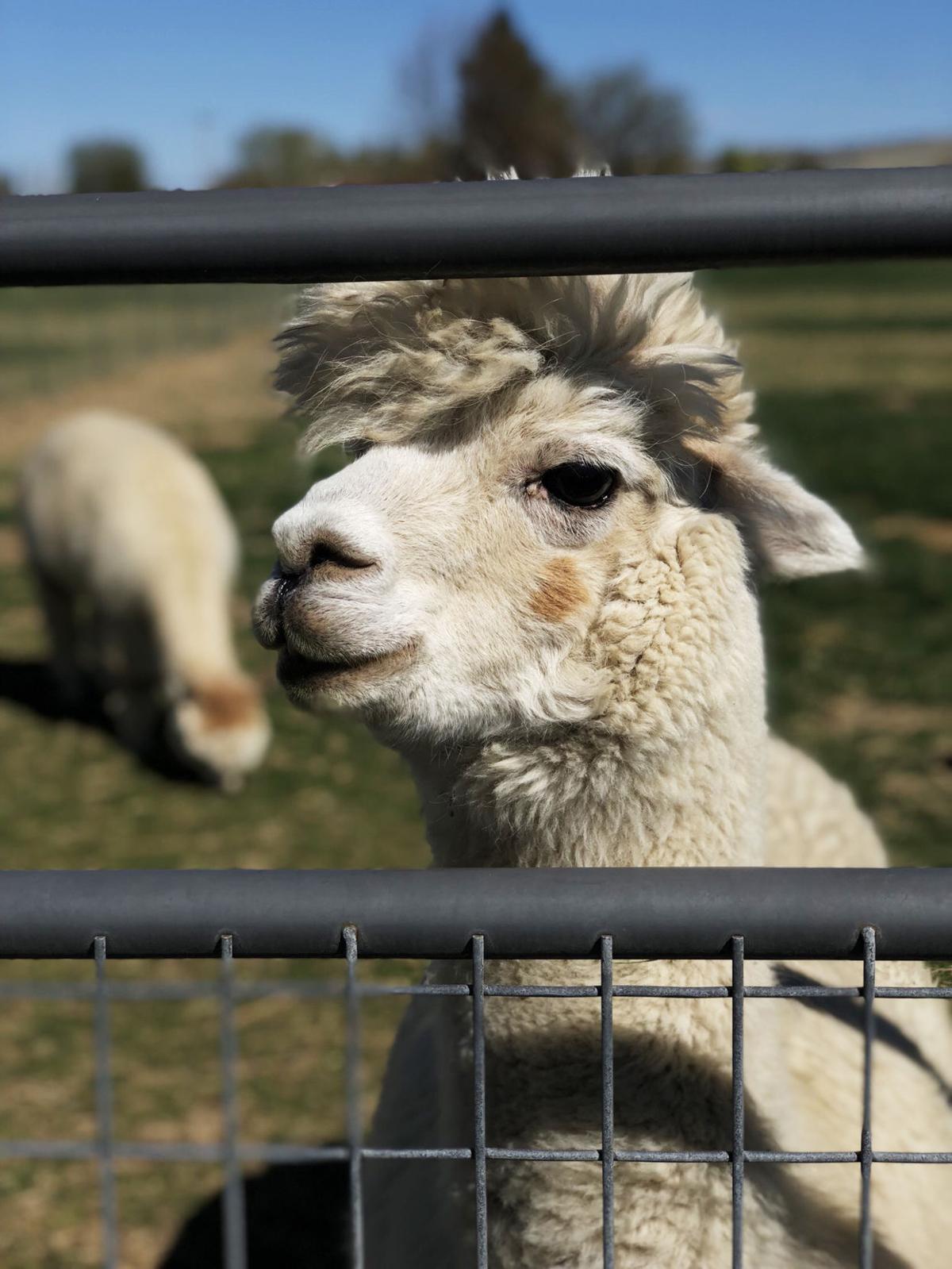 Perhaps you’ve noticed llamas and their close relative, the alpaca, all over the place: on pillows, notebooks, water bottles, T-shirts, you name it. I’ve been caught up in the trend and am suddenly eager to find out more about these furry, spit-producing pack animals.

But first, the crucial question: Llama or alpaca? I’ve long thought llamas were the superior animal mostly because I saw their likeness everywhere. But upon investigation, alpacas deserve the spotlight. I should note here the major differences between the two: Llamas are twice the size of alpacas, have coarser fleece, can carry heavier loads and are primarily guard animals.

Now for a celebration of the alpaca, an animal that has been dominating pop culture just 30 years after arriving in North America. Last month I visited the Sage Bluff Alpacas farm in Prosser to learn more about these fluffy animals. For your reading enjoyment, here are some compelling facts I learned about alpacas.

Alpacas are raised for their incredible fleece, which is among the world’s most prized fibers. Alpaca fiber is warmer, stronger and softer than merino wool and is also hypoallergenic. While visiting the farm, I purchased an adorable stuffed alpaca made with real alpaca fibers. I have to say it is the softest stuffed animal I have ever felt. My mother also bought an alpaca sweater, which is a new favorite.

Before visiting the alpaca farm, I had never heard the term “pacapoo.” Maybe you’re not familiar, either. Pacapoo is the name given to alpaca poop, which is quite useful, I found out. Pacapoo is sought after by gardeners who make it into an excellent plant fertilizer called “pacapoo tea,” and apparently it’s stink-free.

Alpacas spit. End of story. But the only spitting I noticed was alpaca-on-alpaca. The most notable instance was when a female alpaca was being followed by a younger male and she made her displeasure known. It was more amusing than anything because her aim was not the best; she spit more on herself than on the bothersome boy.

Humans and alpacas have more in common than I realized; they’re both social beings. If you ever consider owning an alpaca, know that you cannot just have one. You need to have two. Not only are alpacas social at heart, but they need to be handled with kindness and respect. The quality of alpaca fiber is threatened by poor treatment; stress tears can occur in the fiber if an alpaca is mistreated.

The United States is not the alpacas’ original home; the fleece-covered, grass- and grain-eating animal is originally from South America. And alpacas continue to graze the green hills of Peru. The alpaca was first imported to the United States in 1984. Today, each and every alpaca in the U.S. is DNA-tested and put into a registry.

The alpaca is much more than a popular motif and shouldn’t be confused with its llama cousin. Alpacas are deserving of respect all their own.

Anna Ergeson is a sophomore at Selah High School.

Sage Bluff Alpacas farm is located at 8401 S. Steele Road in Prosser. Farm tours are available by appointment. For more information, go to