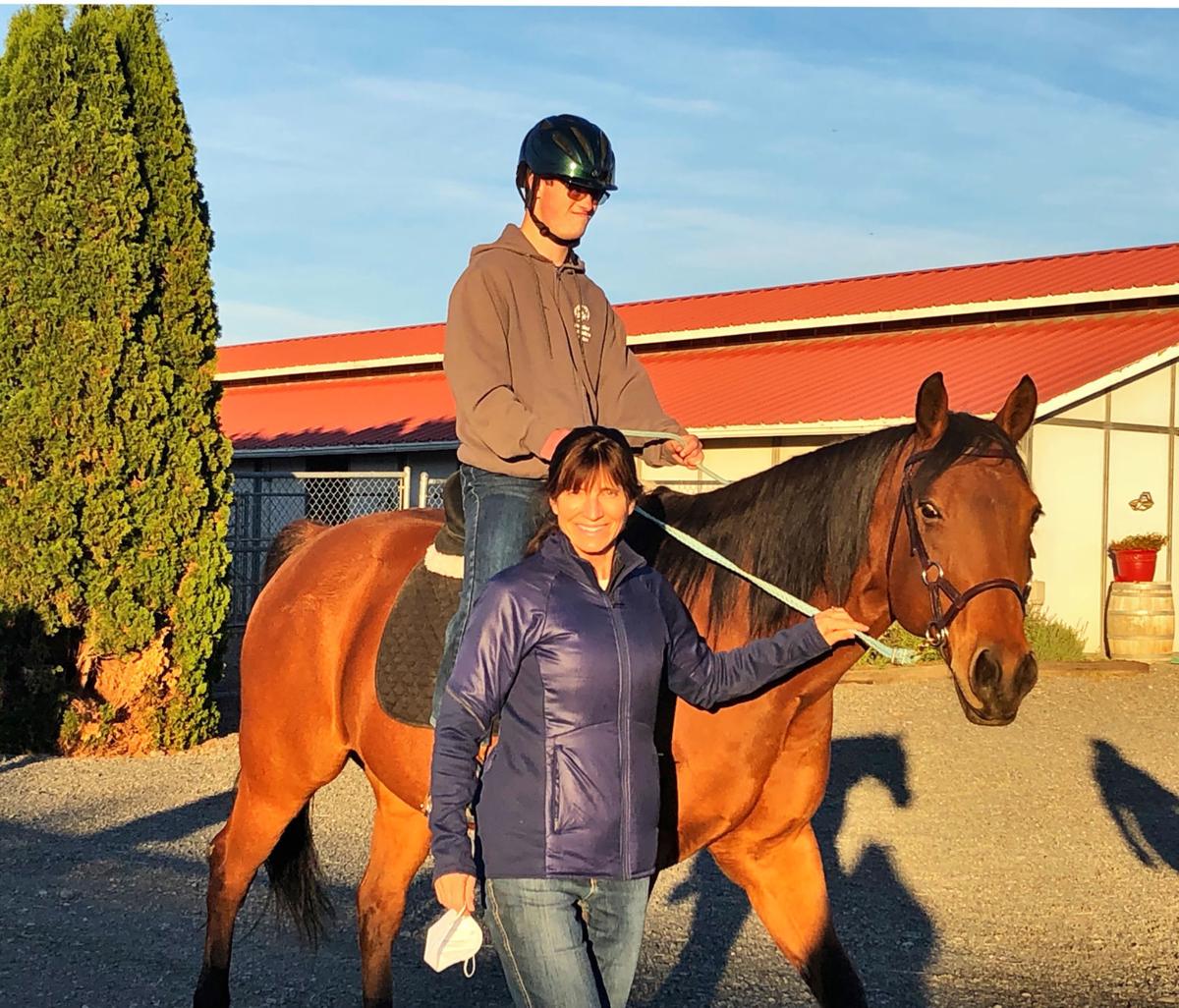 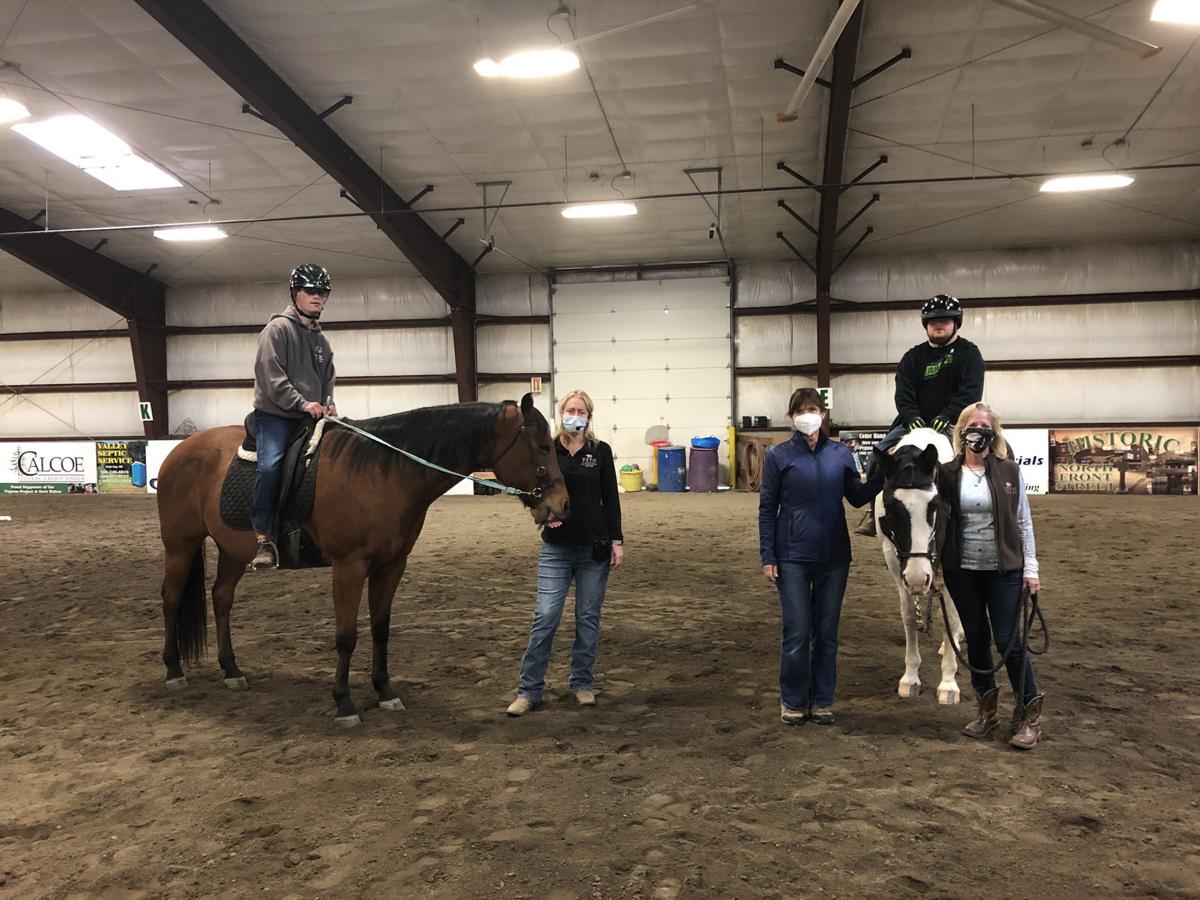 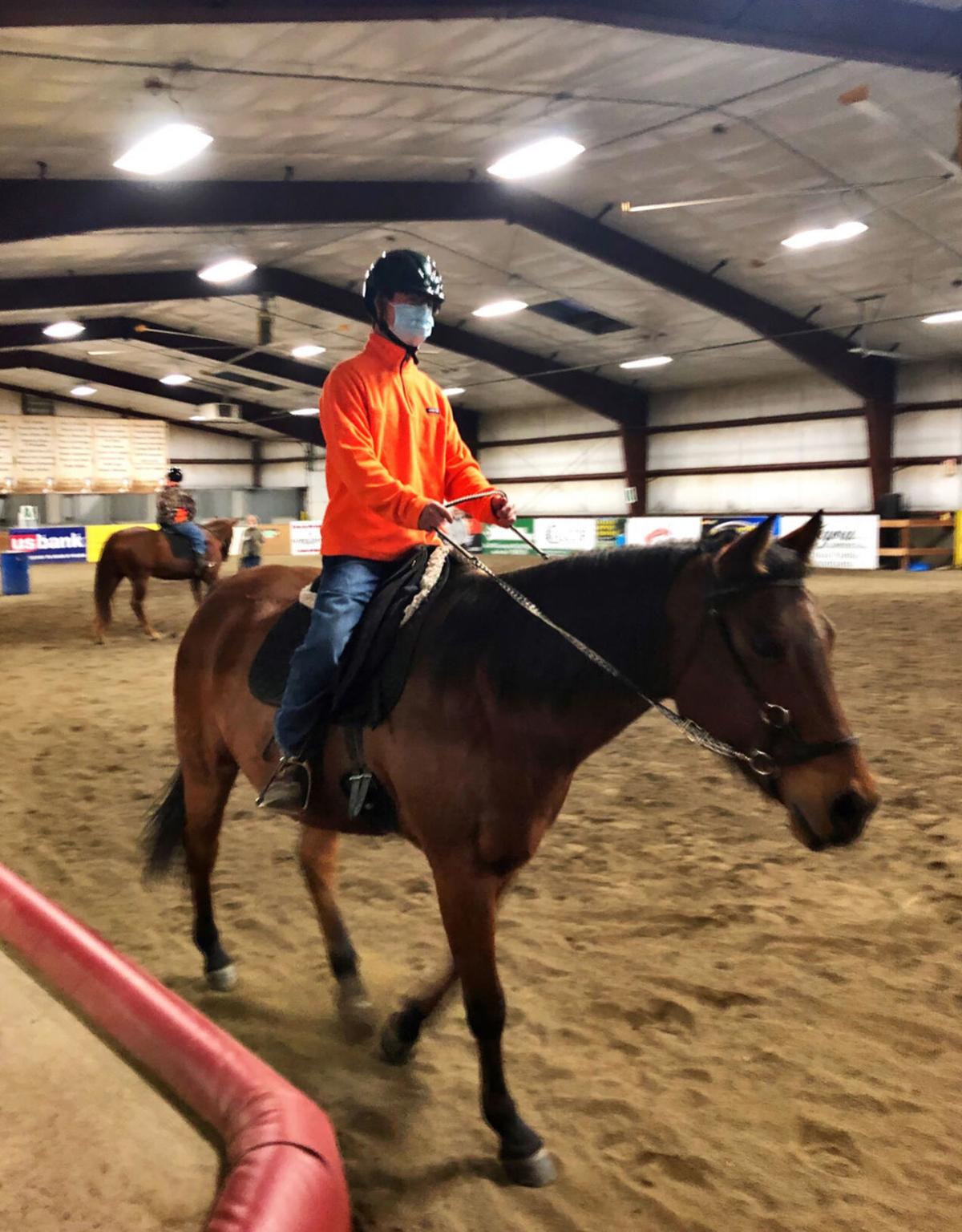 My brother, John, who has Down syndrome, has been riding with the Yakima area’s therapeutic horseback riding center known as the Pegasus Project for 17 years. He was one of the first riders to join Pegasus, and the program has been a big part of his life.

John has always loved horses, and his riding skills continue to improve. He controls the horse’s direction with the reins, sits tall in the saddle, and enjoys every minute of being atop his favorite horse, Duke.

The Pegasus Project was the inspiration of Janie Plath in 2003. Pegasus is a winged mythical horse and was also the name of Plath’s horse when she was a child. She got the idea for the center after hearing a program on NPR discussing a therapeutic riding center. Plath decided she wanted to make something similar happen in our community.

She was given use of a barn in Snow Mountain Ranch in Cowiche, then hired Jayne Beebe as an instructor. Pegasus did a pilot program in the summer of 2003 with seven riders, including my brother John. The next year, the work expanded to 15 riders. Pegasus Project now boasts around 60 participants.

Because she was unable to purchase Snow Mountain Ranch for the program, Plath eventually started to look for a different location for the Pegasus Project. The center then moved to the current Gleed location in 2006 and was named Tumbleweed Ranch.

The site was already established with beautiful horse stables and a riding arena. An indoor arena was built in 2009. After the move to Tumbleweed Ranch, Plath decided to expand the services that Pegasus Project offers to include adults, too.

There are different types of equine therapy offered at Pegasus Project, with options ranging from therapeutic riding to hippotherapy.

Therapeutic riding occurs when riders work on riding skills with the goal of riding independently. The hope with this is that the benefits gained from the riding skills — such as balance, core strength, leg strength, cardio, and coordination — will transfer to the riders’ everyday lives.

As Pegasus Project Executive Director Jené Pleger explains it, “The movement of the horse is similar to a human’s gait, so this movement transfers over to the person on the horse. This provides a good workout.

Hippotherapy involves using the characteristic movements of horse as a treatment tool to assist with a person’s speech, physical, and occupation therapy. In this process, a therapist conducts their therapy sessions by using the horse.

One of Plath’s favorite memories is of a 7-year-old boy who had endured several brain surgeries before he became a rider. About the third time he was riding at Pegasus, she heard him laughing very hard from the belly. The boy’s mom was crying with joy and told Plath that her son hadn’t smiled or laughed for eight months.

“Riding a horse can really be life-changing for some kids,” Plath says. “Riding not only transfers physical wellness but it also transfers great joy and freedom for a lot of riders.”

Pegasus Project relies on volunteers. At the beginning there were 10. Now there are about 60 volunteers who participate on a weekly basis.

They do all kinds of things, such as side-walking and leading horses for riders. Other clean out stalls, help with fundraisers or do office work.

“The commitment of our volunteers has been priceless to our mission. They really seem to embrace it,” Plath said.

The program’s riders pay about $25 per session, and some are able to get scholarships. Pegasus Project relies on fundraisers and private donations to keep the program running. An annual fundraiser called SPURS (Support of Pegasus Riders with Style) accounts for 60% of the total income. This annual event involves a dinner, silent auction, live auction, live band, and dancing. Usually hosted during the winter in the indoor arena at Tumbleweed Ranch, this event has generally drawn more than 600 people.

There’s also the Rider Showcase, which takes place in June and allows riders to show off their skills to their family. This much-anticipated extravaganza is full of surprises. Some riders come in costumes and have even been known to dress up their horses, too.

Jen Thomas, a volunteer who is very involved with the Rider Showcase, says this is one of the volunteers’ favorite events of the year. My brother has many Rider Showcase ribbons hanging in our kitchen and in his bedroom, and he’s very proud of them.

The Pegasus Project has opened its doors to high school students with special needs. My brother John was lucky enough to participate in this program several times over the years. Twice a year, for about five weeks at a time, Highland High School paraprofessional Lana Koenes would take her students to Pegasus so they could learn about the horses, clean out horse stalls, feed the horses, brush and groom them, saddle them and ride them.

“They really did enjoy it,” Koenes said. “They were always so excited to have conversations on the way back to school and then we would do writing assignments that talked about their experience. Our kids became alive because of Pegasus. They were so animated in their words.”

And as for the future of Pegasus?

“We’d like to have a veterans program in the future,” Plath said. “However, this isn’t necessarily a riding lesson. Wounded veterans who are dealing with depression or PTSD would work with the horses, groom them, and interact with them.”

I know that my brother John will continue to look forward to Thursdays, his “Pegasus day,” when he gets to see Duke and ride around the arena on the back of this majestic beast. Yakima is blessed to have such a fabulous program.