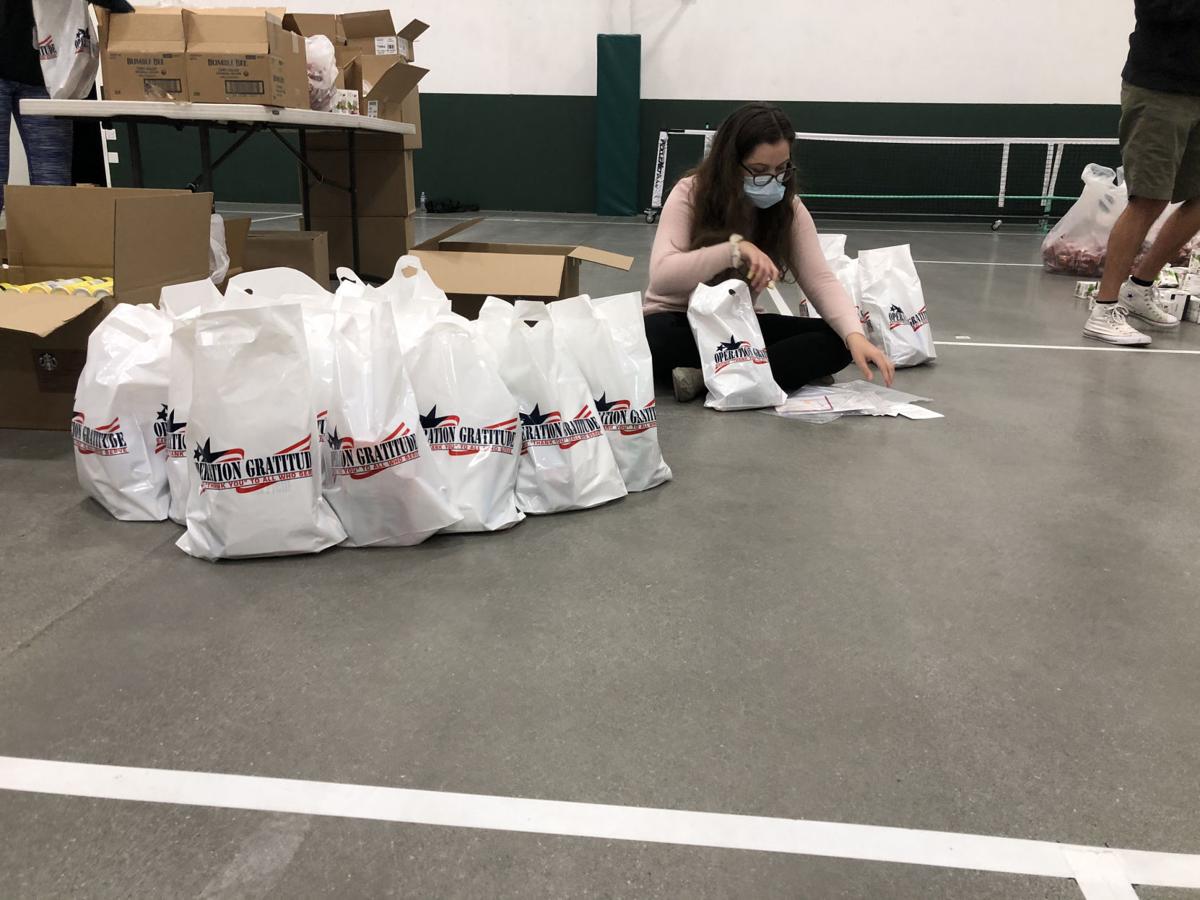 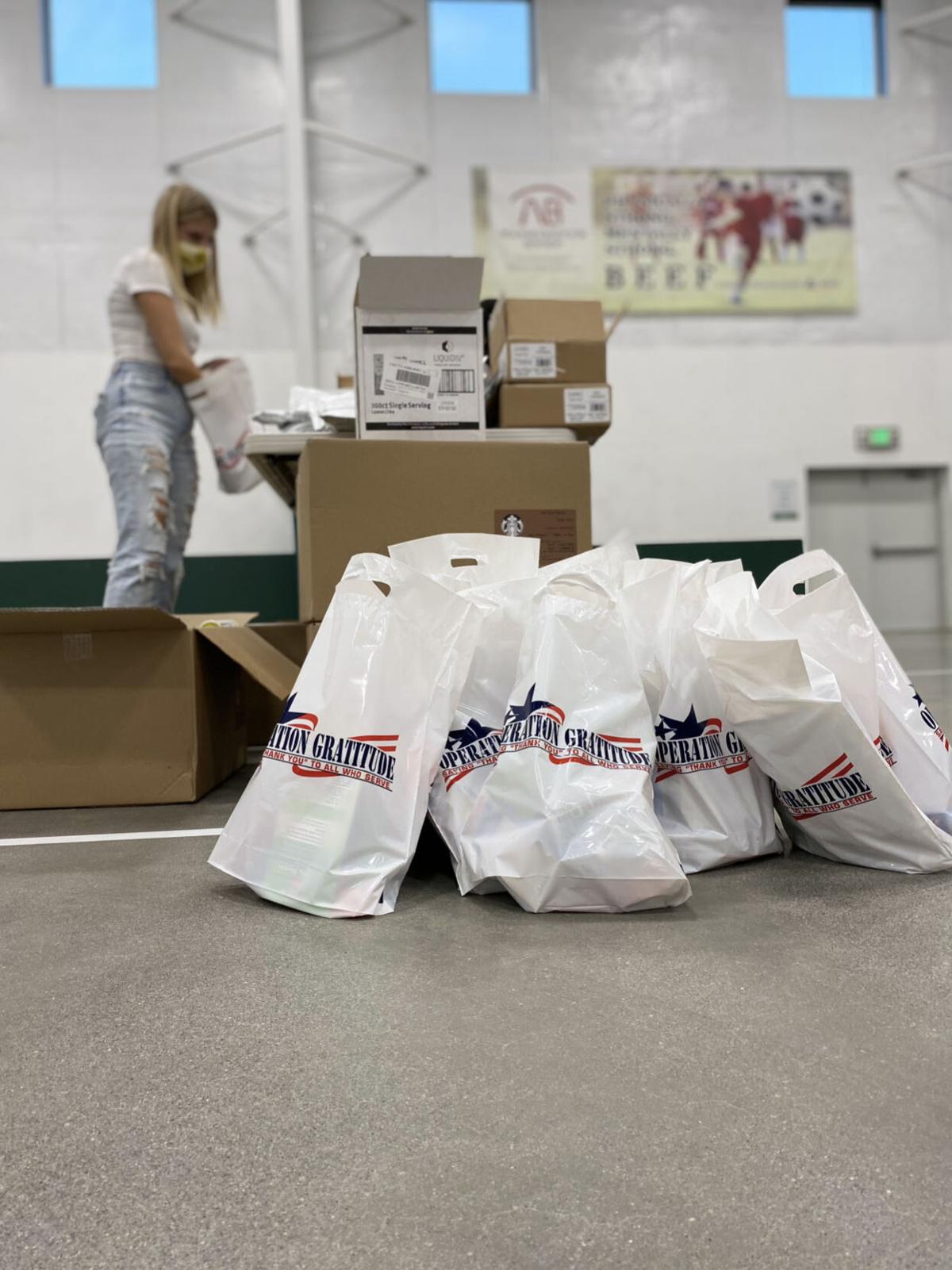 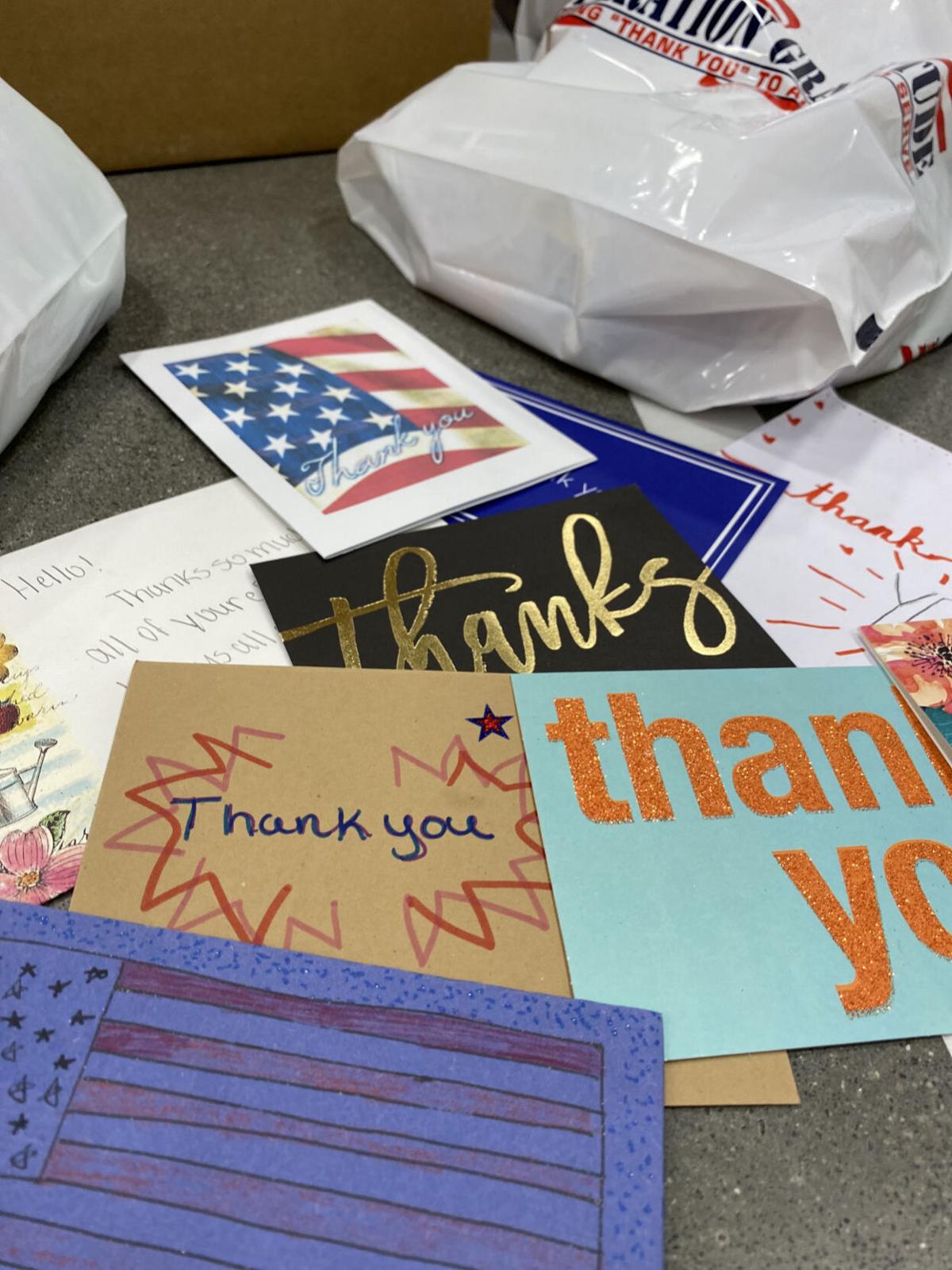 Notes expressing appreciation for the hard work of first responders and health care workers wait to be added to care packages Monday, Oct. 12, 2020.

Notes expressing appreciation for the hard work of first responders and health care workers wait to be added to care packages Monday, Oct. 12, 2020.

“Thank you.” Such a simple phrase, but it holds more power than we think.

As a member of the YouthWorks Council, a group of high school students who come together through the Memorial Foundation to learn about philanthropy, health care in the Yakima Valley and volunteerism, I recently was given the opportunity to say a big “thank you.”

For three nights, Oct. 12 through 14, around 15 members of the YouthWorks Council assembled and packed 3,400 care packages to give to first responders and health care workers in our valley.

When I first arrived at the Sozo Sports Complex pickleball courts, I was greeted by eight pallets of cardboard boxes stacked taller than I am in a big building. As we began our task of unpackaging and organizing, I was astonished by the sheer amount of stuff. (I have never seen that many ring pops in my life.)

All of it had been given to us by Operation Gratitude, a nationwide organization based in Encino, Calif., that describes its mission as “Saying ‘thank you’ to all who serve.” Operation Gratitude was founded by Carolyn Blashek in 2003, when she was inspired to let the military men and women overseas in Iraq know they were appreciated. Today, that effort has expanded to include first responders and, during the COVID-19 pandemic, our health care heroes.

Operation Gratitude and the Memorial Foundation partnered to send care packages to over 3,000 firefighters, police, sheriff, and health care workers. One thing I really appreciated is that everyone was included. Not only were the nurses and doctors thought of, but also included were the lab techs, receptionists, janitors and every single employee of Virginia Mason Memorial, as well as every employee of the Selah and Yakima fire departments, the Yakima County Sheriff’s Office, and the Selah, Yakima and Union Gap police departments.

There were also handwritten thank-you notes from people all around the country. As I slipped cards into the bags, I couldn’t help but take a peek at the contents. My heart was warmed by the genuine gratitude that seemed to radiate off the page. One card read, “Dear Hero, thank you for saving people from the virus” and was accompanied by a smiling stick figure and colorful hearts.

As I assembled care packs alongside my fellow council members, I realized that the valuable thing wasn’t the contents. Sure, the gifts will be appreciated because, I mean, how can gummy bears not put a smile on your face? But the really remarkable thing about this project was just how many people put their hearts into it.

After all 3,400 packages were assembled, YouthWorks members began making deliveries to some of the local recipients Oct. 15, and continued this process during the week of Oct. 19 through 23.

Through the involvement of the people at Operation Gratitude, the people at the Memorial Foundation, the people from around the country who sent cards, and the teens in the YouthWorks Council, a lot of thought and gratitude went into every package that was delivered.

It’s not about the gifts. It’s about saying, “We know, we care, we appreciate and support you, and we say thank you.”

• Anabelle Kollman is a sophomore at Eisenhower High School.

EDITOR'S NOTE: A caption on a photo accompanying this story was corrected to identify Masen Hill.