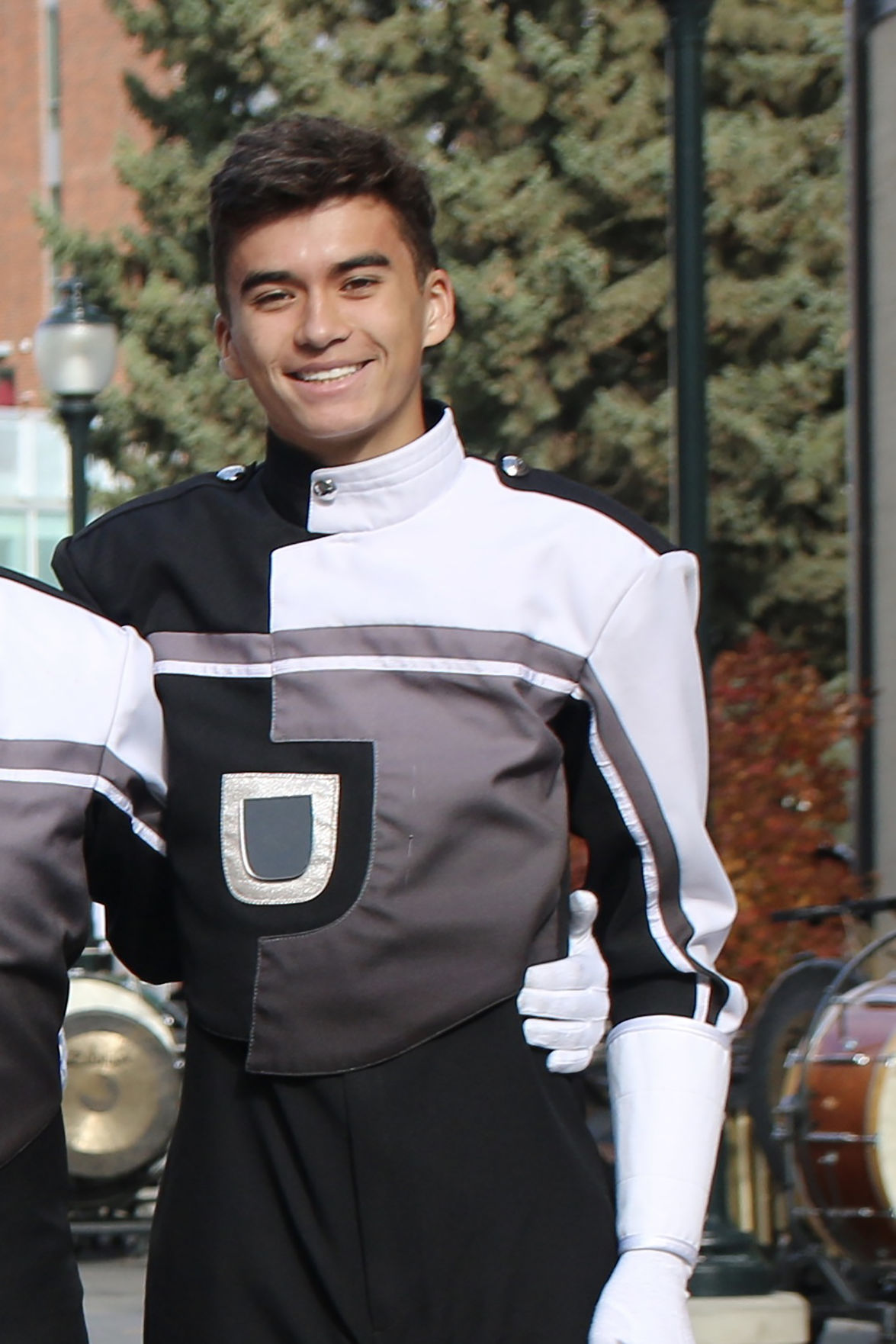 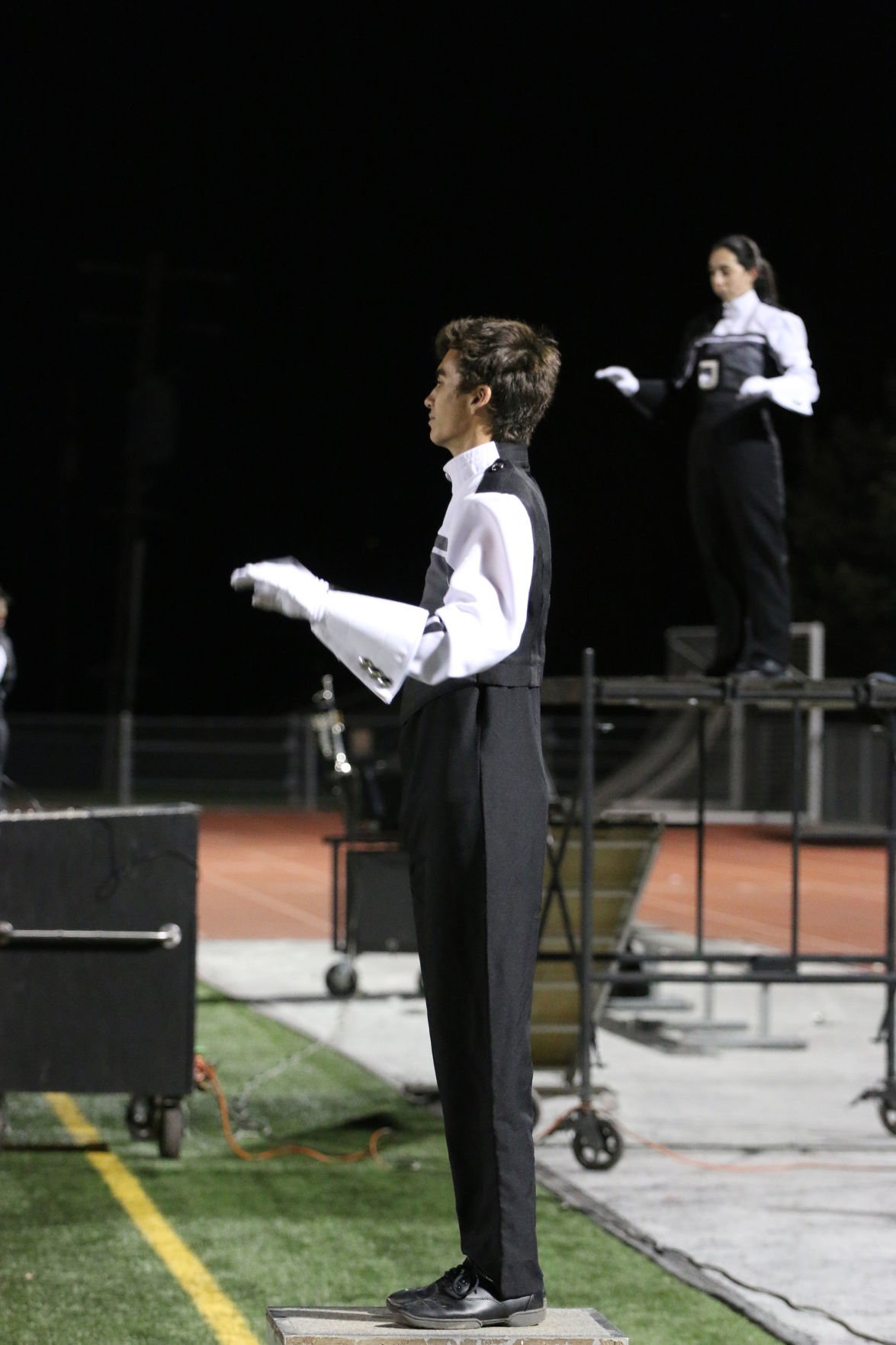 Any high school kid in marching band can attest to the fact that it’s an experience that tries one’s perseverance and patience. From learning how to play instruments and march at the same time to remaining at school for fall practices until 9 at night, it’s a huge time commitment.

So why do many keep coming back to it, year after year?

Davis High School senior Kolby Arnold can provide some of answers. He not only participated in the school’s Buccaneer marching band for all four of his years at Davis, he also took on the very visible role of drum major this year. Arnold’s skills earned awards as Best Drum Major several times at marching competitions.

Among his other music activities at the school, he played in the Davis wind ensemble and competed at the spring solo and ensemble events as a trumpet player.

However, he hadn’t always been this passionate about band.

“I was one of those eighth graders and freshmen who didn’t really want to do marching band,” he said. “My mom had to literally drag me to band camp every day.”

For Arnold, marching band opened doors to new experiences. Last summer, he marched with the Seattle Cascades Drum and Bugle Corps, which is a competitive group of brass instruments, drums and color guard that is not affiliated with any school.

“I think the experience itself is the most rewarding thing,” he said. “Being able to work really hard on a show and being able to put hundreds of hours into an eight-minute production is something that seems stupid and pointless, but it can be really rewarding in the end.”

Beyond learning how to march and conduct, Arnold said band taught him crucial life skills, like perseverance and discipline.

“I’ve had a couple of rough years for trumpet, where I just want to quit and it feels like I sound like garbage, because I probably do,” he said. “You just have keep going through it, even though you literally want someone to run over your trumpet.”

Frustrations aside, Arnold recognizes that marching band and music programs provide value to others beside students. He points out that marching band is something an entire community can enjoy, either by going to football games or seeing the band play in a spring community parade.

“I know the crowd can get into the performance just as much as a football game,” he said.

Arnold said students should be hesitant about joining marching band.

“Just try it out,” he said, “because (you) will most likely like it and end up doing it for three more years. Or, end up being head drum major for some reason!”

Recalling his years in the program, the improvement he’s seen in it, and the leadership position he will pass on to someone else, Arnold said: “It’s definitely bittersweet. We were good freshman year, we were better the next year, then even better. And now we’re here.”

This summer, he had planned to continue his deep dive into the world of music and tour with a drum corps — something he had done for the past five years. But with the onset of the coronavirus pandemic, this summer’s drum corps season was cancelled.

“I know a lot of people, including me, were really looking forward to performing at such a high level and to travel all over the country,” Arnold said. “It’s hard because a lot of us had already put in hundreds of hours to prepare for this summer, whether it was practicing the months before auditions, working to raise enough money to pay for it, or even just doing our part as members to be prepared for rehearsals starting in May.

“It’s still hard to think about all the great memories that would’ve been made this year.”

Music will remain a big part of Arnold’s life after high school. Inspired by his years with the Davis band program, he plans study music education and trumpet at Central Washington University.

Cara Pedrosa is a senior at Davis High School.