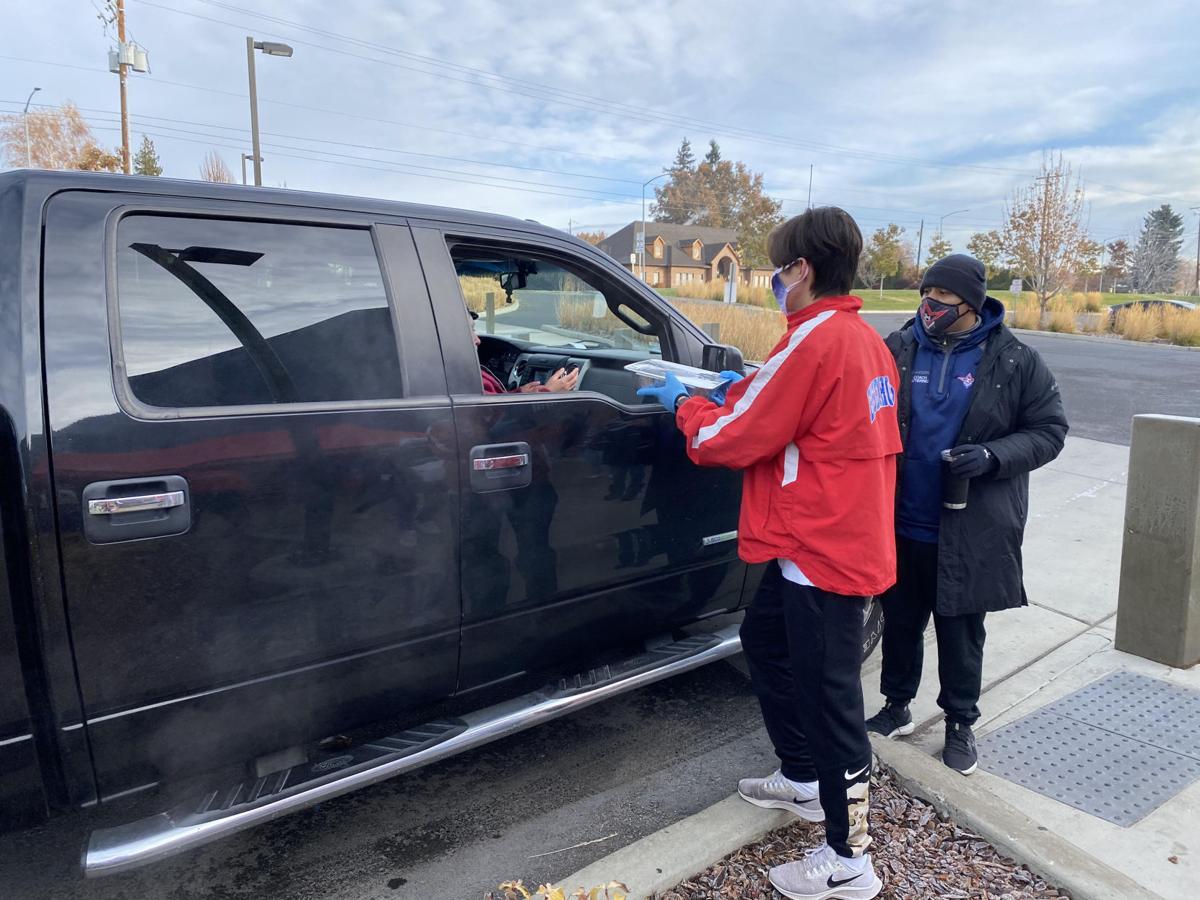 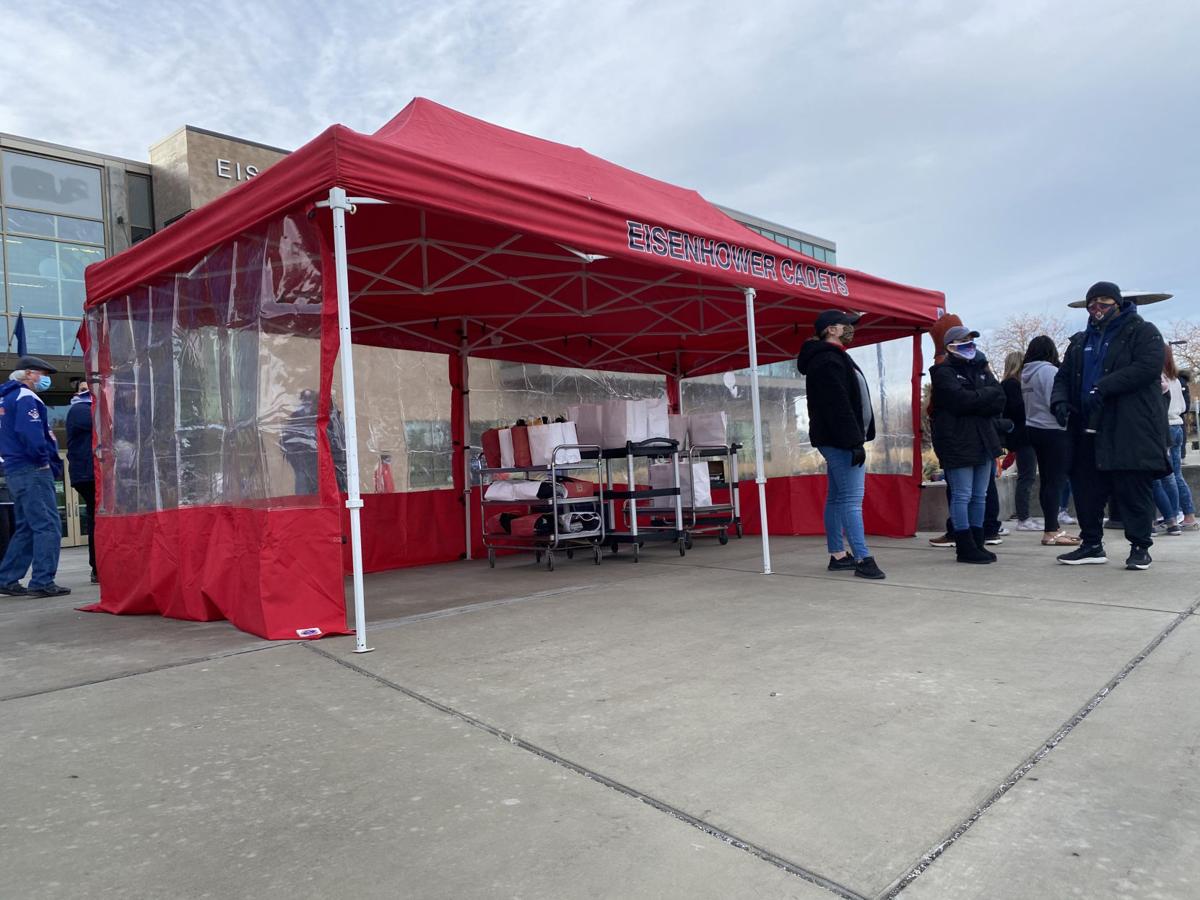 Helpers wait around the Eisenhower tent on Thanksgiving morning waiting to deliver meals.

Helpers wait around the Eisenhower tent on Thanksgiving morning waiting to deliver meals.

Eisenhower High School's cross country runners kicked off the winter holidays by giving back to the community.

They used contributions from local businesses and other donors to create meal and gift packets for the families of local students in need at Thanksgiving.

After a GoFundMe effort raised $11,850 toward the team's trip to Tallahassee, Florida, for a Dec. 1 race, members decided to do something in return to give back to the community.

"We have someone in our office for Hogback Development who works on special projects like this, Michelle Blanchard, and she took it and ran with it," Waddle said. "She contacted Shawn Niles with The Fat Pastor Productions and The Lab. He absolutely loved the idea and he already planned on preparing and creating a bunch of four-pack Thanksgiving meals."

Niles made up several dozen extra turkey meals and created a GoFundMe effort to support the entire endeavor.

"In just a few hours $7,500 was raised with over 100 donors through Facebook, and then it just kept going from there," Waddle said.

Additional donations came in the form of socks, gloves, hats, jackets and toothbrushes for students in need. One of Hogback Development's tenants, Dickey's Barbecue, also supplied gift cards. Students in the class of Waddle's daughter at Montessori School of Yakima created handmade cards. Volunteers prepared the food throughout during the course of about three days

"It was a combination of multiple organizations coming together and seeing the need and then putting together a plan,” Waddle said.

“We decorated the envelopes and put in gift cards and stuffed them in the goodie bags and then we sent those to Ike,” said Alyssa Chaves, a junior on the cross country team. “After that we went to The Lab and then we packaged everything."

The team spent about three hours packing the gifts and transported them back to Eisenhower High School.

On Thanksgiving morning, the athletes, coaches, and a few helpers arrived early at the school to set up for the families who had been selected for the meals and gifts. Outside the main entrance, the team set up the tent that the athletes has normally used for races, and got ready for the cars rolling up to collect the gift bags and dinners.

By the time everything was put away about three hours later., the group had handed out 70 meal packages designed to feed four people apiece.

“It was a really good experience to go and help out people who are in need and it honestly makes me feel better as a person to see people feel better with life with our help," said junior Amha Alameneh, a member of thecross country team. "I want to do this every year.”

• Mary Mickelson is a sophomore at Eisenhower High School.