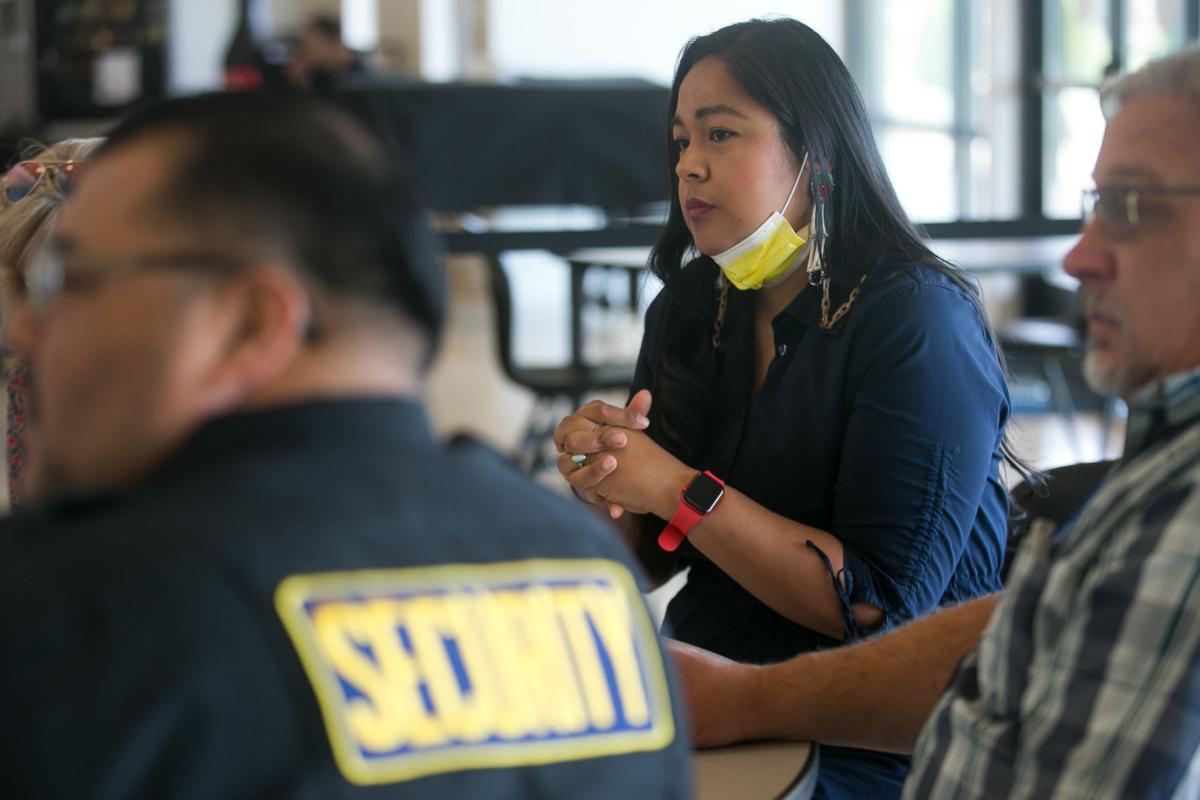 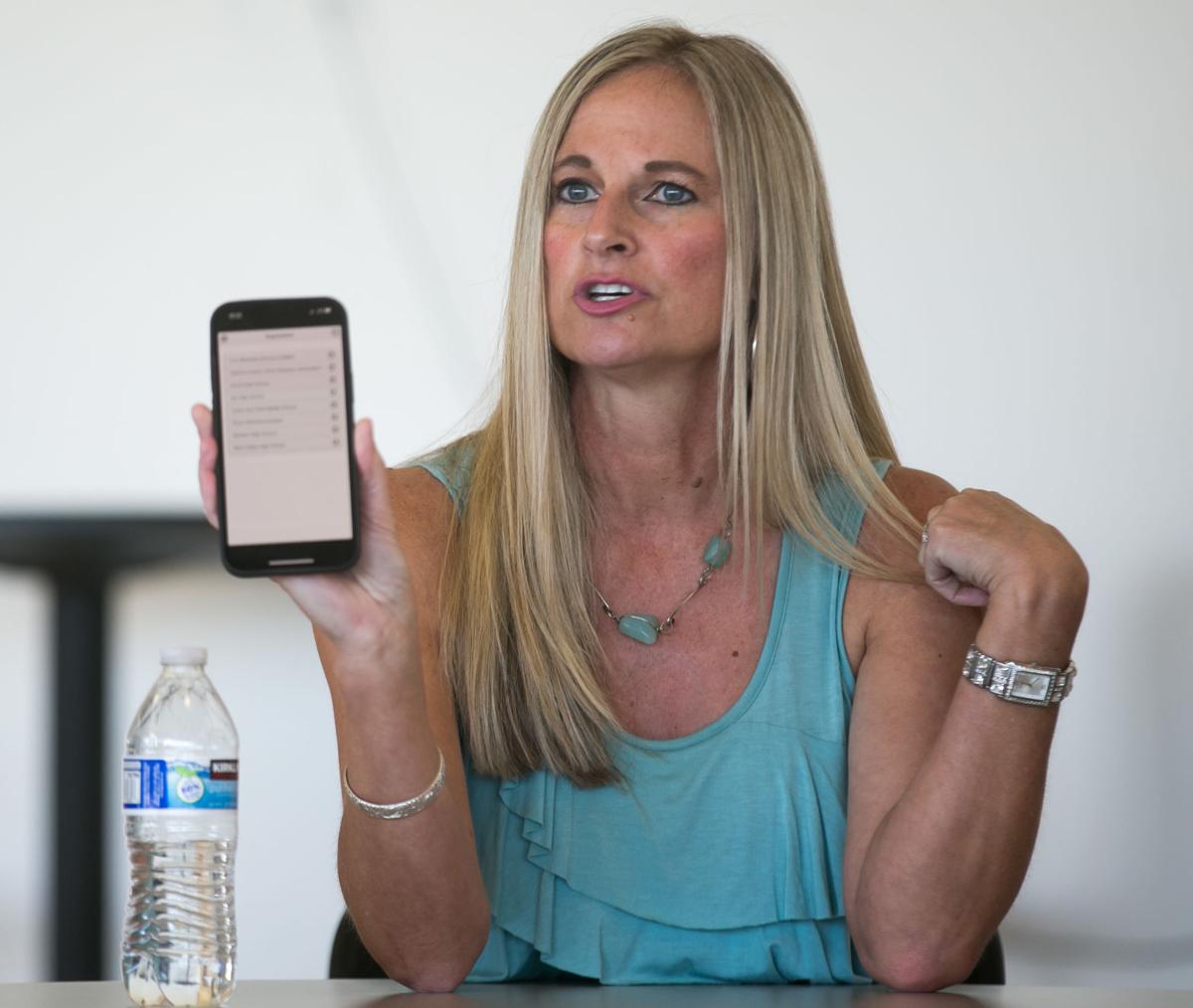 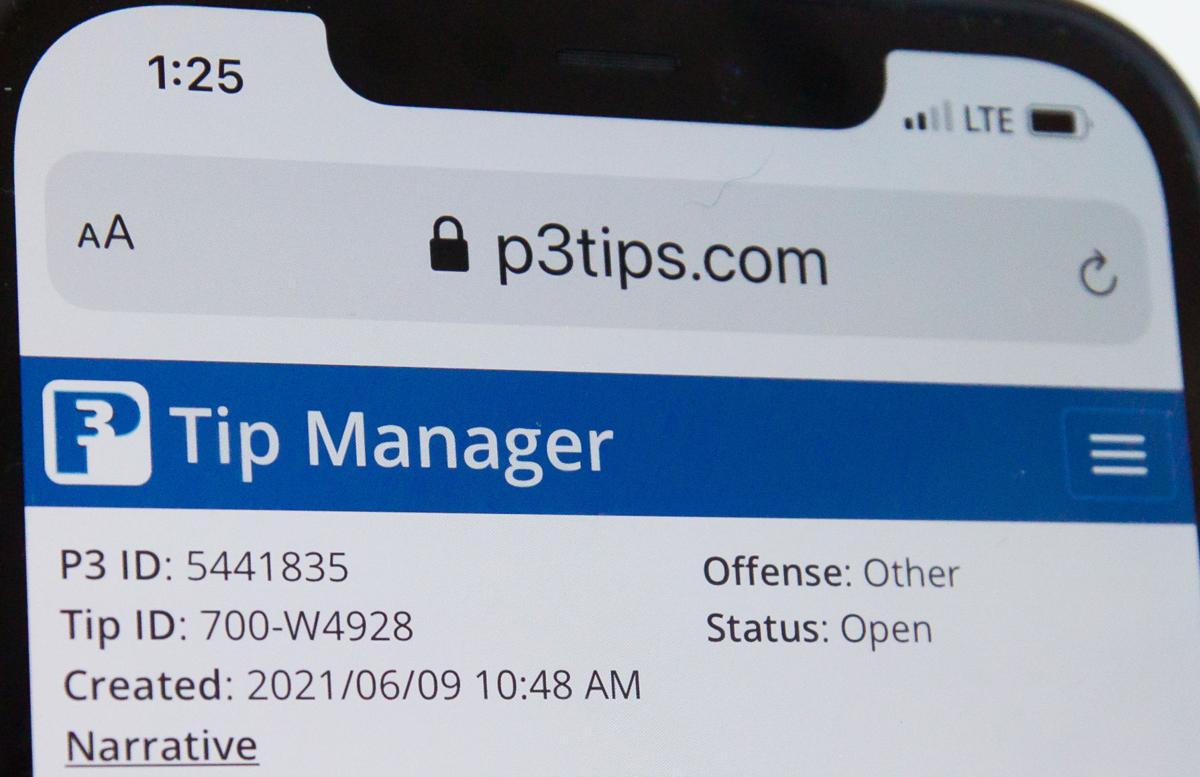 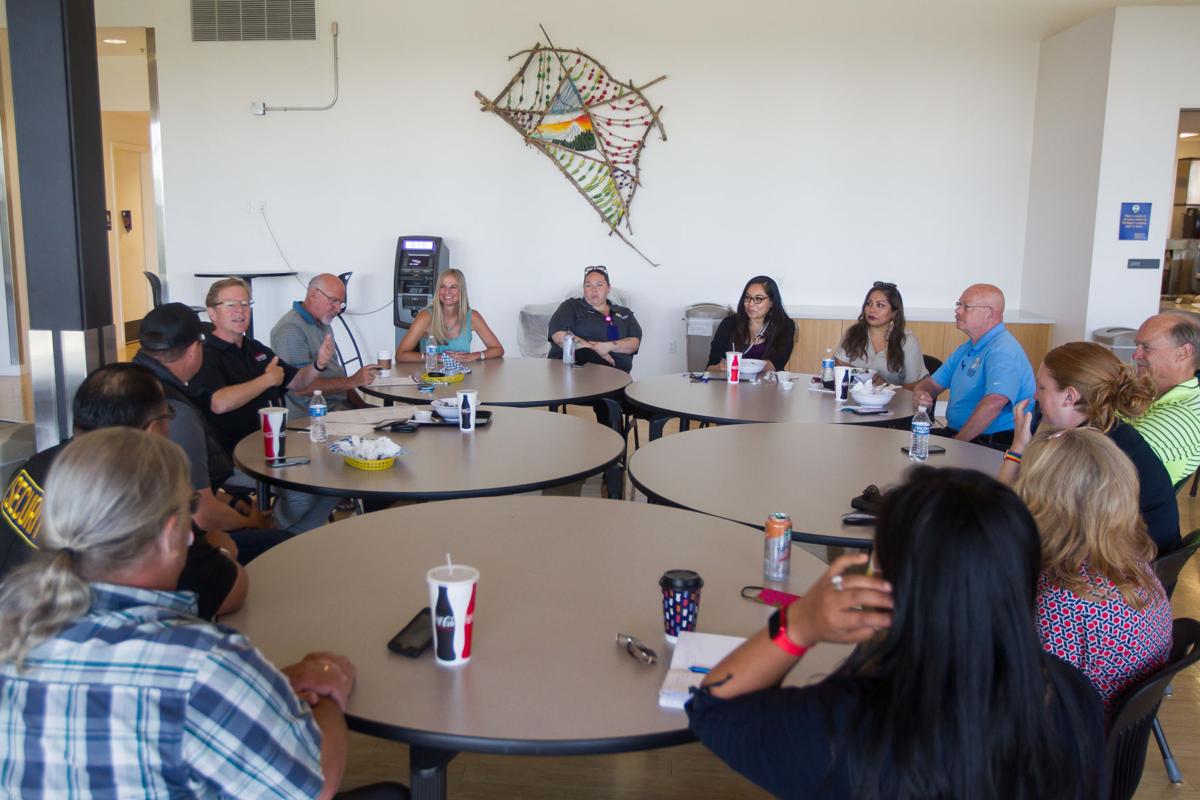 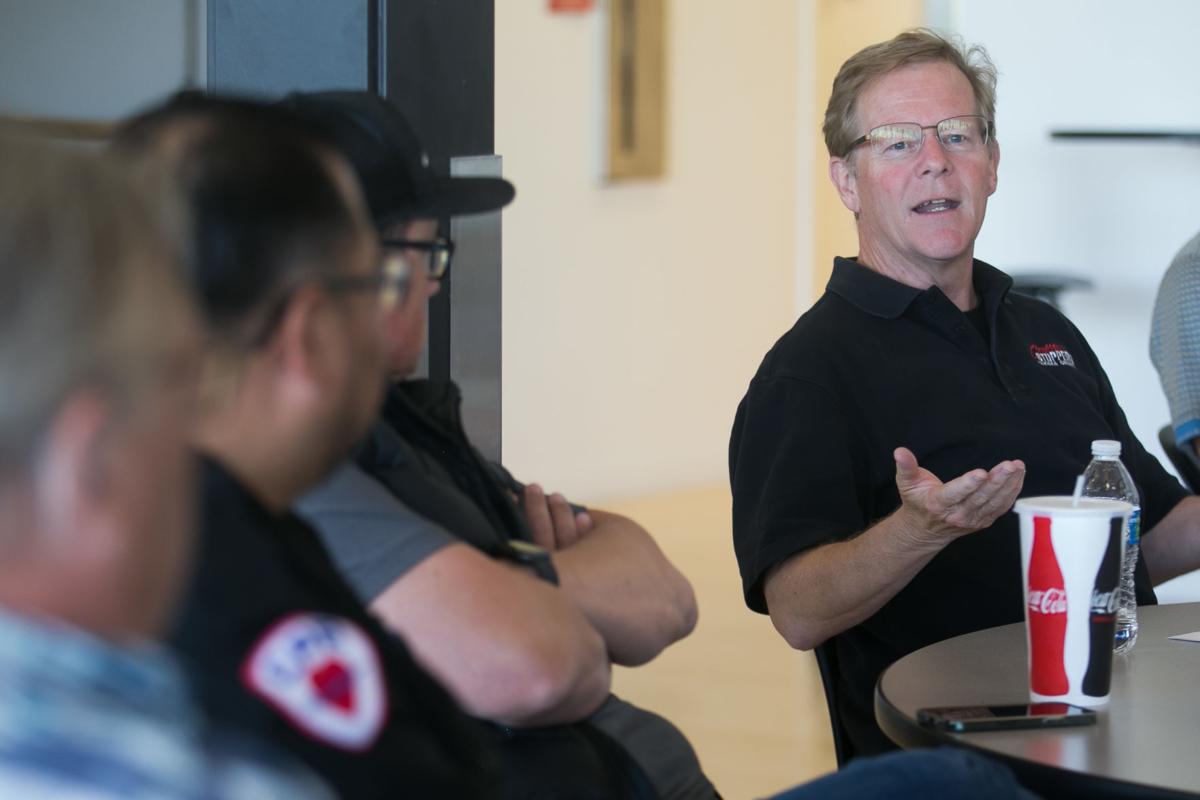 In the more than 30 years since Yakima County Crime Stoppers began taking anonymous tips about criminal activity, that information has led to more than 2,000 arrests — including nearly 100 murderers.

The names of those arrested become known. The names of the tipsters — who get rewards of up to $1,000 and in rare instances as much as $10,000 for information resulting in arrests — do not.

The international nonprofit and its local organizations follow rigorous guidelines to ensure tipsters’ identities never become known to anyone, not even to those involved with Crime Stoppers, because they are well aware fear can keep those with crucial information from providing it to police.

“The No. 1 thing people are worried about is retribution,” said Alicia Stromme Tobin, treasurer of Yakima County Crime Stoppers, during the organization’s regular board meeting Wednesday, June 9 at Heritage University in Toppenish.

Tobin and others with the all-volunteer Yakima County group, which raises funds through its popular Your Canyon For A Day fundraiser and donations, have also seen what a powerful motivator money is. Crime Stoppers tips have stopped a serial rapist, helped solve cold cases and made Yakima Valley communities safer since the group started in 1988.

With that in mind, and even more ways for people to anonymously submit tips about wanted felons, Yakima County Crime Stoppers is focusing on the many cases of missing and murdered Indigenous women on the Yakama Reservation.

“People are now very much aware of the missing and murdered Indigenous women in the area and the country,” Mark Peterson, president of Yakima County Crime Stoppers, said Wednesday. About 15 people attended the meeting, including representatives of the Yakima County Sheriff’s Office, Yakima Police Department and officials with the Yakama Nation Tribal Court.

Crime Stoppers board members had met with law enforcement officials and others to launch their efforts concerning missing and murdered Indigenous women in March 2020, but the COVID-19 pandemic halted those efforts. Wednesday’s meeting at Heritage restarted them.

“While the issue has been brought to the forefront, there has been little in the way of results,” Peterson said recently. “Crime Stoppers wants to hopefully change that, by getting the word out through the grassroots organizations that are working so hard to solve these many, many crimes.”

“We want to ramp it up. This is something we think the community needs to work on,” he said.

Dozens of Native women have gone missing, have been murdered and have died mysteriously on the 1.3-million-acre Yakama Reservation over decades. Many cases are unsolved.

Crime Stoppers doesn’t replace local law enforcement agencies, Tobin stressed. It’s a tool with which community members can assist police in the fight against crime, according to its website, www.crimestoppersyakco.org. The organization also has a Facebook page and Twitter account where it shares information about wanted felons.

Over the years, options for providing tips have expanded from phone calls to online to the worldwide P3 Tips app. As with phone and online tips, the number the tip comes from is truncated. There’s no IP address, either, Tobin said: “There is zero identifying information.”

“I can’t emphasize that enough. When you submit a tip, a tip is assigned a code,” Tobin said. If that tip results in the arrest of a felon, board members approve the reward payout. The tipster provides the code at a local bank, and just the code, to claim the reward. Tipsters have a year to claim a reward.

The P3 Tips app is an international and multi-lingual system that offers ongoing two-way dialogue and image and video upload along with important information about crimes. Users can also learn about wanted fugitives, missing persons and unsolved crimes in their area.

Suspects arrested with the assistance of a Crime Stoppers tip submitted through the P3 Tips app include Agustin Silva, who was apprehended in Phoenix in late 2017 for his alleged role in an October 2016 shooting in Wapato. Another suspect arrested as a result of a tip was Jesus Antonio Perez Jr. He was captured in Mexico after Miguel Martinez-Vasquez, 24, and Alyson Harris, 32, were found dead and partially burned in the 5600 block of Desmaris Road near Moxee in January 2020.

Crime Stoppers volunteers are confident they can help identify some who have been responsible for murders, mysterious deaths and disappearances of Native women on and around the Yakama Reservation. They will keep spreading the word that they want anonymous tips and have the money to reward them.

“There’s nothing like money — and that will get people to come forward,” Peterson said.

Submit a tip or get involved

There are three ways to anonymously submit tips about felonies to Yakima County Crime Stoppers:

Board members meet at noon on the second Wednesday of every month at Shari's, 16 E. Valley Mall Blvd., Union Gap. The meetings are open to the public.

Dozens of women have disappeared or been killed in and around the Yakama Nation.  Sometimes their bodies are discovered years or decades later…