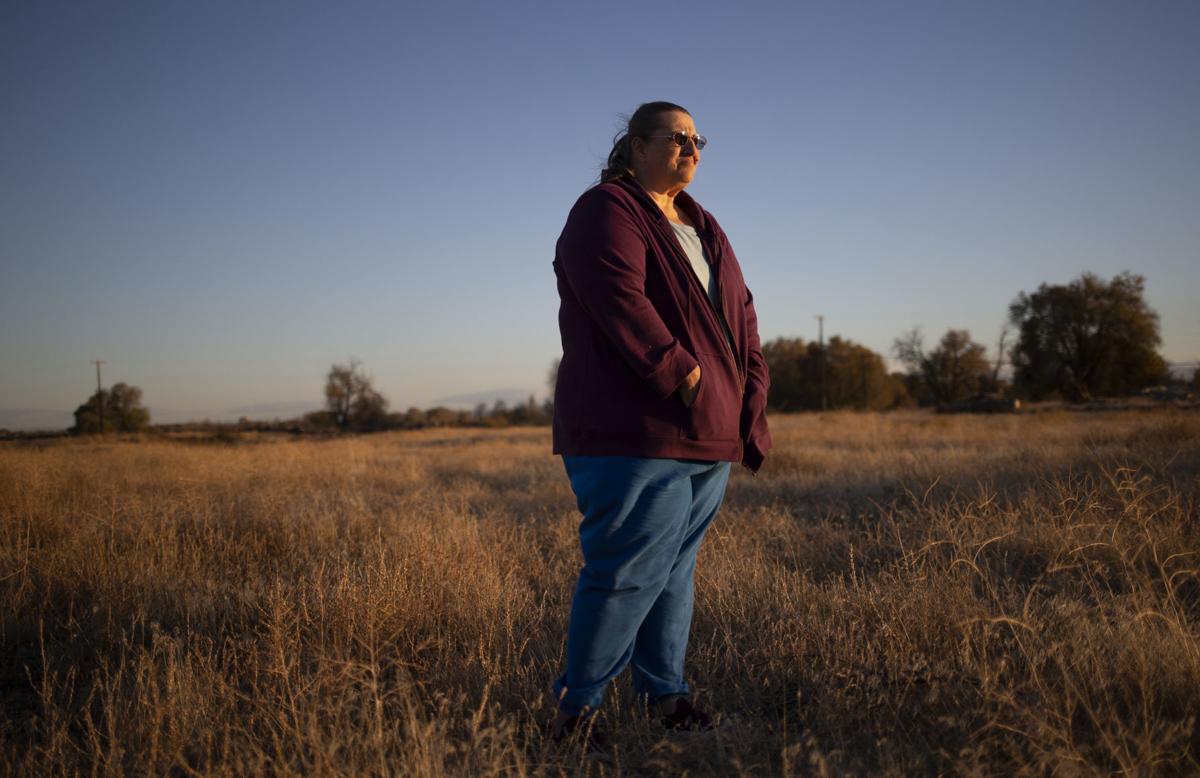 Jeanette Osborn found the body of her daughter, Echo Kay Littlewolf, in August 2017 in a field near Wapato. 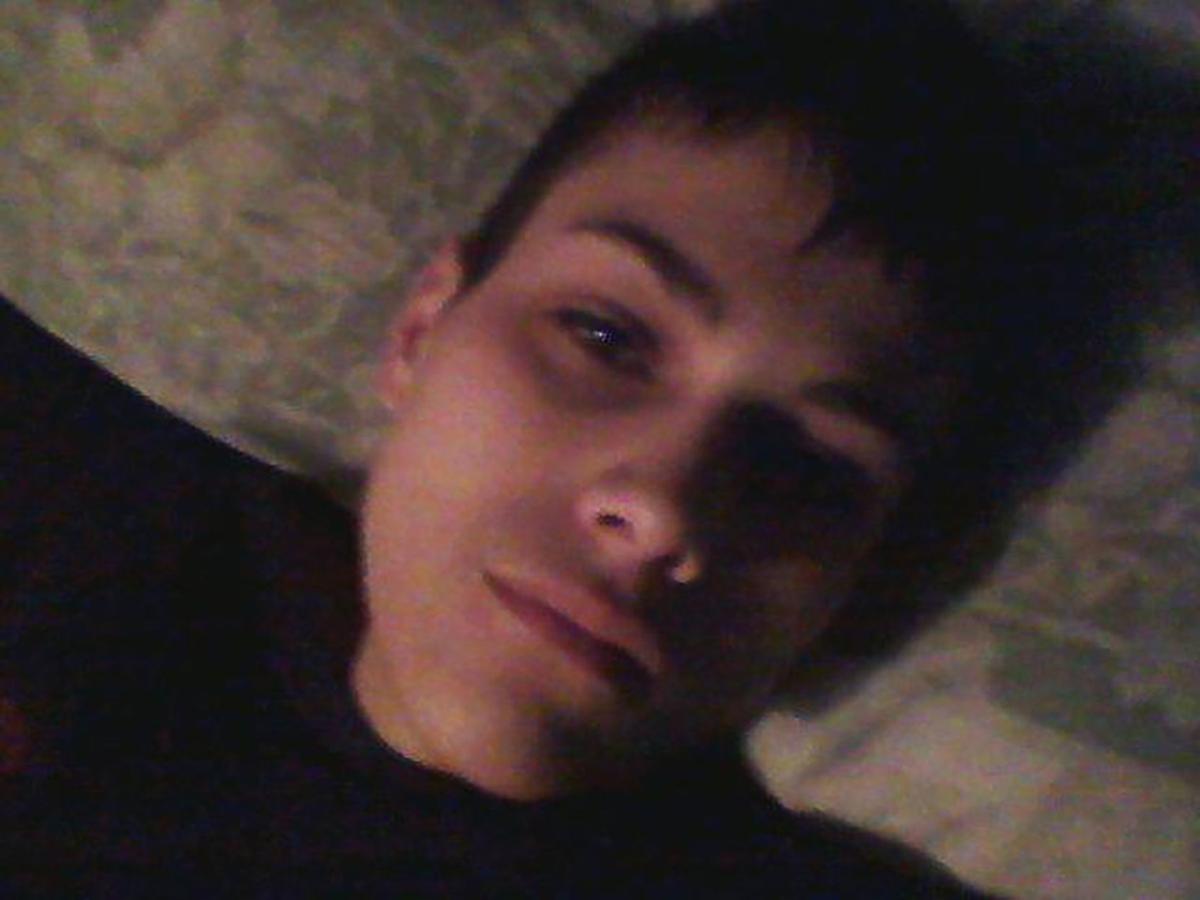 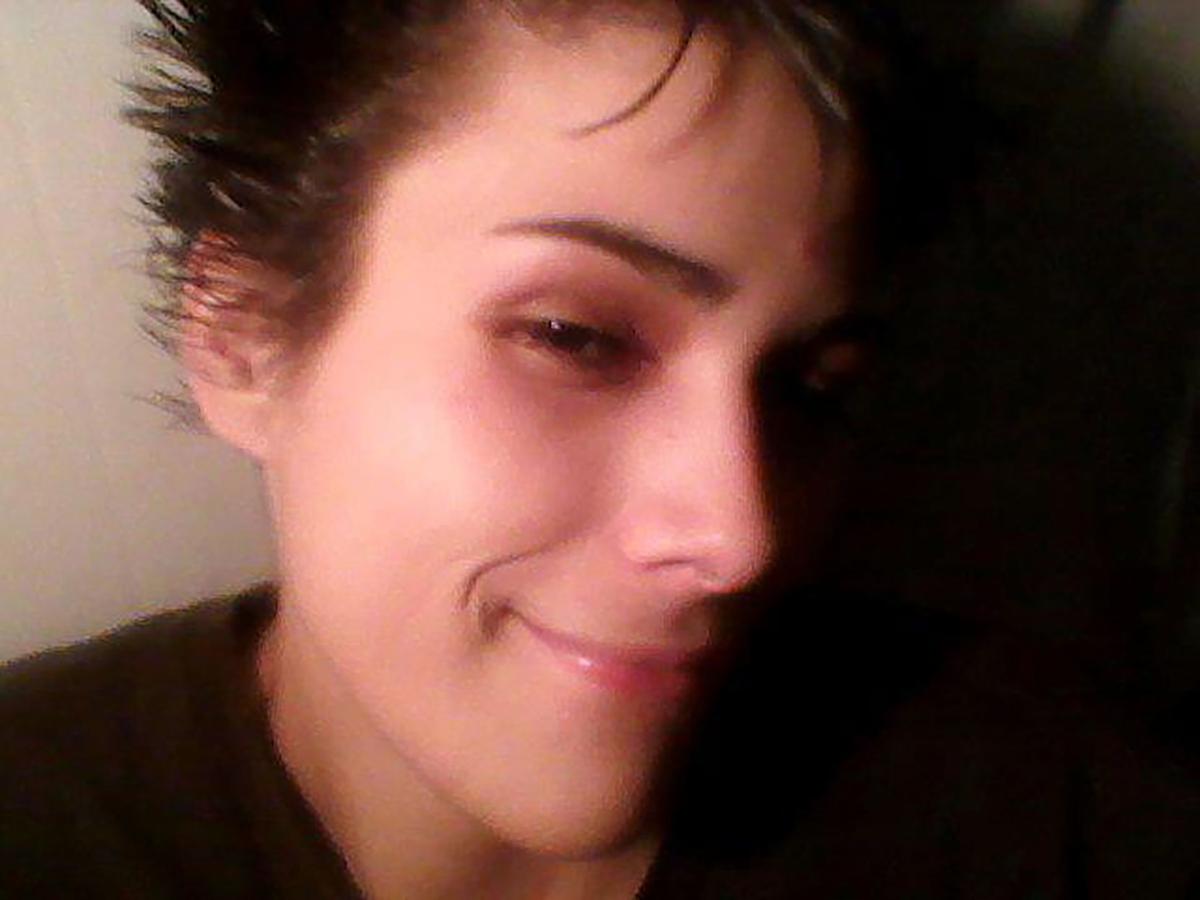 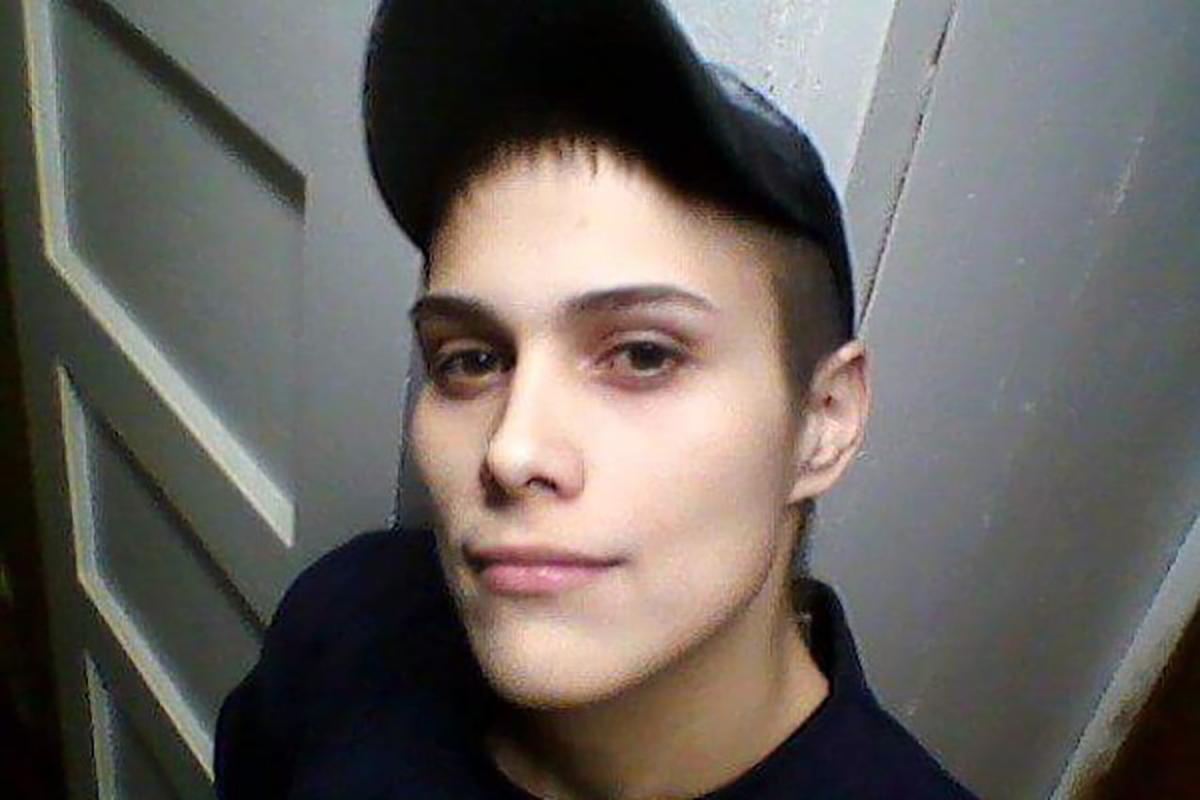 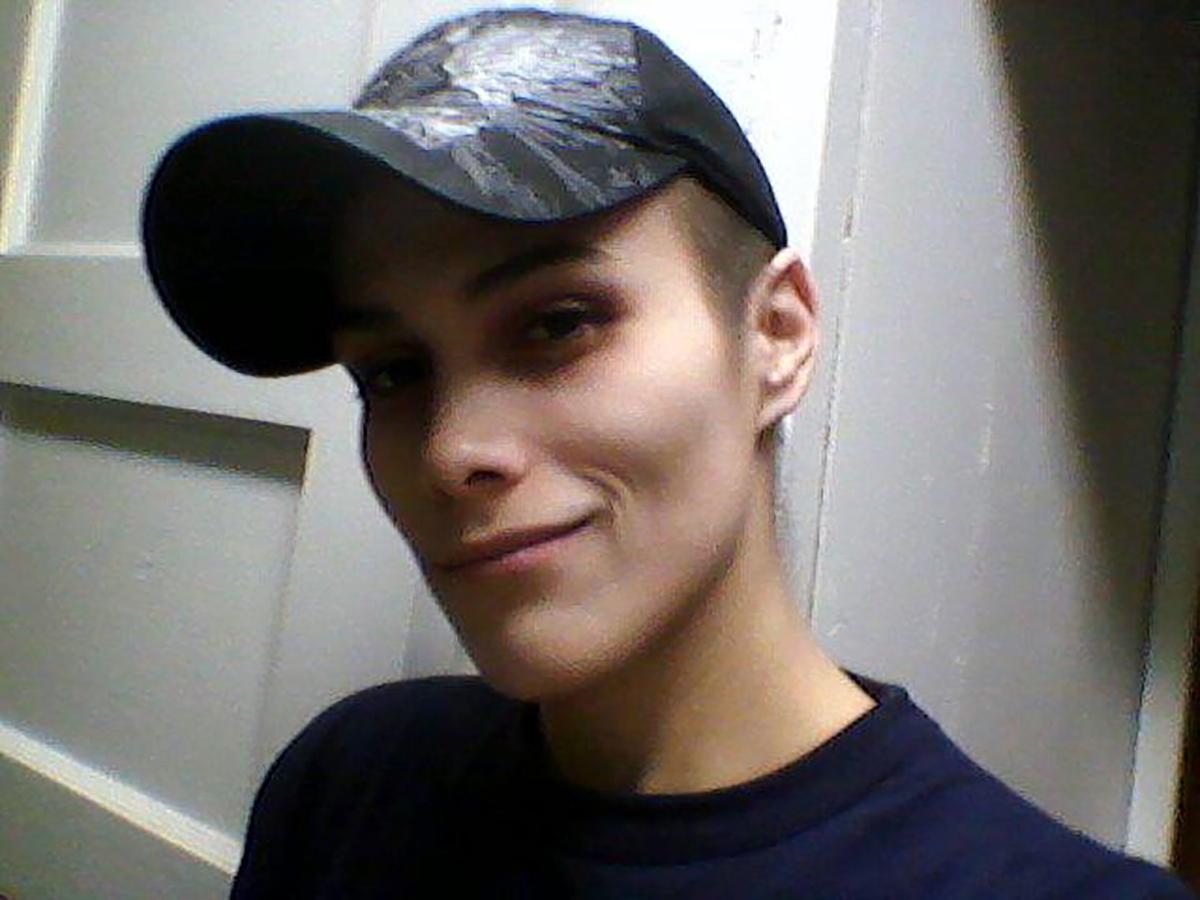 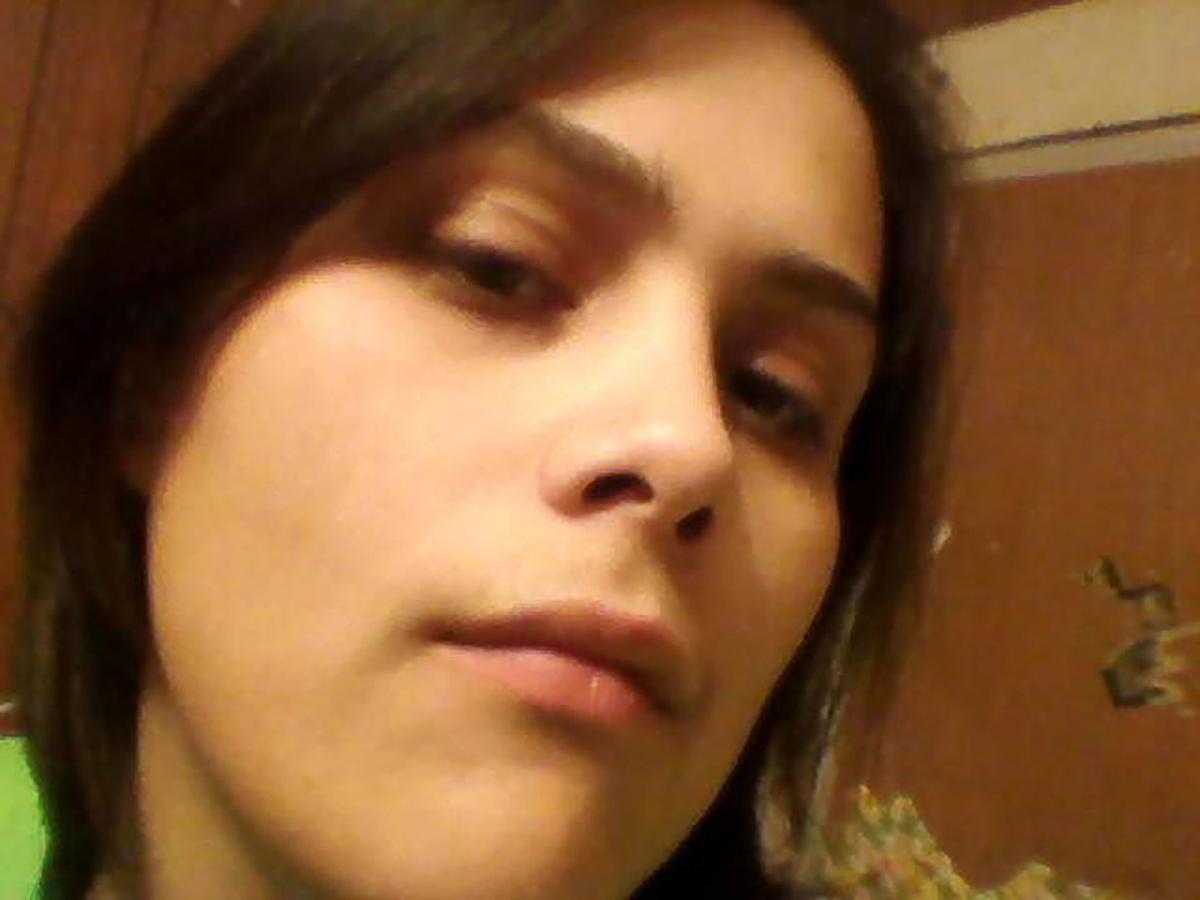 Jeanette Osborn found the body of her daughter, Echo Kay Littlewolf, in August 2017 in a field near Wapato.

Like dozens of others who attended the Oct. 29, 2018, gathering centered on missing and murdered indigenous women, she showed up for her precious loved one — her youngest child, Echo Kay Littlewolf. Osborn found the body of her only daughter, a citizen of the Yakama Nation, in a field outside Wapato on the afternoon of Aug. 15, 2017.

It had been hot in the several days since relatives had last seen Littlewolf, a petite woman with short hair who had just turned 31, and her remains were in poor condition. Investigators could not tell the gender and positively identified her by the two false front teeth that had replaced those Littlewolf lost in a childhood bumper-car accident.

Osborn, who lives in West Valley, had not planned to speak during the downtown meeting, which was packed even after organizers doubled the size of the room. An audience of about 250 people, including state officials and investigators, was enough to intimidate anyone, especially about such a profound loss.

But she was angry. As then-Yakima County Coroner Jack Hawkins spoke, she stood and vented her frustration. Osborn had found her daughter's body that afternoon and waited there, with Yakama Nation tribal police officers, until someone from the coroner's office and the FBI arrived a few hours later, she said.

"You guys would not even do an autopsy. All I get is, 'She was a druggie,'" Osborn said. Authorities ruled Littlewolf's manner of death as natural, with her cause of death as probable cardiorespiratory arrest.

Considering the poor condition of her daughter's body, Osborn wondered how they arrived at heart failure. "There was nothing left of her. There was no heart," she said.

Hawkins said he would sit down and go through the case with her. That did not placate Osborn, who had been told her daughter may have died of a drug overdose. "Everybody blew me off," she said, breaking down in tears. Others nearby reached out to her and walked with her into a hallway.

Like Osborn, some family and friends of Native women who have gone missing and have been found murdered or dead on and around the 1.3-million-acre Yakama Reservation say they are not taken seriously or treated disrespectfully because of their missing loved one's lifestyle or struggles with addiction or mental health issues.

There is no waiting period to report someone missing. Authorities say it's important to do that as soon as it becomes clear something is wrong. Just like the investigation into a homicide, the first 48 hours are crucial. But all too often, the case of a missing person becomes exactly that.

New cases in the past year

Since last October, two Native women have gone missing and have been found murdered on the reservation. Family of Rosenda Sophia Strong had reported the 31-year-old mother of four missing in early October after she got a ride to Legends Casino in Toppenish and never returned to her home just a few miles away.

Strong's remains were found in an abandoned freezer in a field near Toppenish on July 4. Her death was ruled as a homicide and the FBI investigation into her death continues.

The FBI also is investigating the murder of Jedidah Moreno, who was reported missing from Yakima in late September and was an acquaintance of Strong's. Moreno, a 30-year-old Latina, was found Nov. 28 in an area of the Yakama reservation that is closed to non-tribal members. She had been shot.

In late May, the body of Alillia "Lala" Minthorn, reported missing from Toppenish early that month, was also found on closed land in a remote location. Jordan Everett Stevens, 29, is accused of shooting her to death and faces trial in U.S. District Court in Yakima on Feb. 10.

Awareness of the issue of missing and murdered Native women in the Yakima Valley has increased since the meeting a year ago today. That's crucial, along with changes in attitudes and potential solutions.

And action. Fidelia Meninick Andy, a former member of the Yakama Tribal Council, expressed the hopes of many at the meeting.

"I pray to God that we're not just going to be putting words out there," Andy said. "This should have happened years ago."

The meeting was among several happening in the late summer and fall of 2018 as a result of Washington House Bill 2951, which requires the Washington State Patrol to work with the Office of Indian Affairs, federally recognized tribes, tribal and other law enforcement and tribal leaders to determine how to increase reporting and investigation of missing Native American women.

It laid bare, in the most public way, the deep anguish of generations of Native women who have suffered physical and sexual violence on and around the Yakama Reservation.

Many spoke of sisters, mothers, aunties and nieces, friends who have been raped and murdered, have died mysteriously or have been missing for years. They talked about being attacked in their own homes, of feeling they barely escaped sexual assault or even death.

They also mentioned adult relatives and friends who may be putting themselves in danger. As authorities stress, adults make their own choices. They may choose to lose contact with their families. They don't have to get treatment or counseling or take medication that could help them with mental health issues.

Though she had been camping for a few years in the field off East Wapato Road where her body was found, Littlewolf kept in touch with family, her mother said. Osborn's parents lived nearby, and Littlewolf, a tomboy who grew up in Wapato with three older brothers, would check in with them every few days, for a shower or food or odd jobs for cash.

Other people experiencing homelessness stayed in the area. Many knew Littlewolf, who was often seen walking along North Track Road.

"She camped under this tree," Osborn said, pointing to the jumbled remains of a big tree left after authorities cleared and bulldozed over the area after Littlewolf's body was found. "She had a tent. She had a mattress. She had food."

On Aug. 15, 2017, Osborn's mother called to tell her she hadn't seen Littlewolf in seven days, which was out of character. Osborn called tribal police, who checked around the homeless camps. Authorities said someone told them he had seen Littlewolf a few days prior, but it didn't feel right to her mother, who drove down from Yakima.

Osborn called tribal police again; she didn't want to find her daughter by herself. Officers returned, along with other investigators and family members. Some family members left. With Yakama tradition in mind, they did not want to be near a deceased person as night fell.

Her mother stayed until Littlewolf's body was taken away. "I brought her in to the world and I'm going to take her out," she said.

Because her death was ruled natural causes, investigators closed the case, Osborn said. She had her daughter cremated, but wishes now she would have buried her. She is still frustrated that authorities didn't conduct an autopsy.

Though Jim Curtice, the Yakima County coroner, wasn't in office at the time and thus could not comment on what happened at the scene, he noted that autopsies aren't always ordered for various reasons.

Without an autopsy or a clear cause of death, coroners have often used cardiorespiratory arrest, Curtice said. Many cardiac arrests happen when the heart's rhythm become abnormal.

No matter the cause, everyone's heart stops at some point, Curtice said. About a year ago, though, state officials began demanding more specific information, which is important for epidemiology data.

"Everyone dies of cardiopulmonary arrest. ... It's not as accurate as it could be," he said. "If you put that on there, they'll send it back (and say) you need to be more specific.

"If we don't know exactly what was the cause of death, if no (obvious) foul play, you can go either go with 'pending further studies,' or further information that still has to be discovered, and manner undetermined."

Osborn has heard talk of people her daughter was last seen with, and the fact that she had just cashed two per capita checks from the Yakama Nation before she went missing. Littlewolf also had an EBT card, but nothing was found with or on her body other than her clothing and shoes. Her big purse, which she took everywhere, and all of her jewelry were gone.

As late as last spring, Osborn could still find the spot amid castoff shoes and pillows, clothing and plastic bottles, where she discovered her daughter's body.

"It was like somebody there had hit her and she had fallen over," she said.

Mindful of those whose loved ones are still missing, Osborn is thankful her daughter was found and she could bring her home. Other than asking around and hoping for more information from those who may know exactly what happened to Littlewolf, she knows with a closed investigation, there isn't much she can do.

But Osborn will always think of her daughter's mysterious death as murder.

"I have closure in a way, but I don't," she said. "It wasn't heart failure at all. You'll never convince me of that."