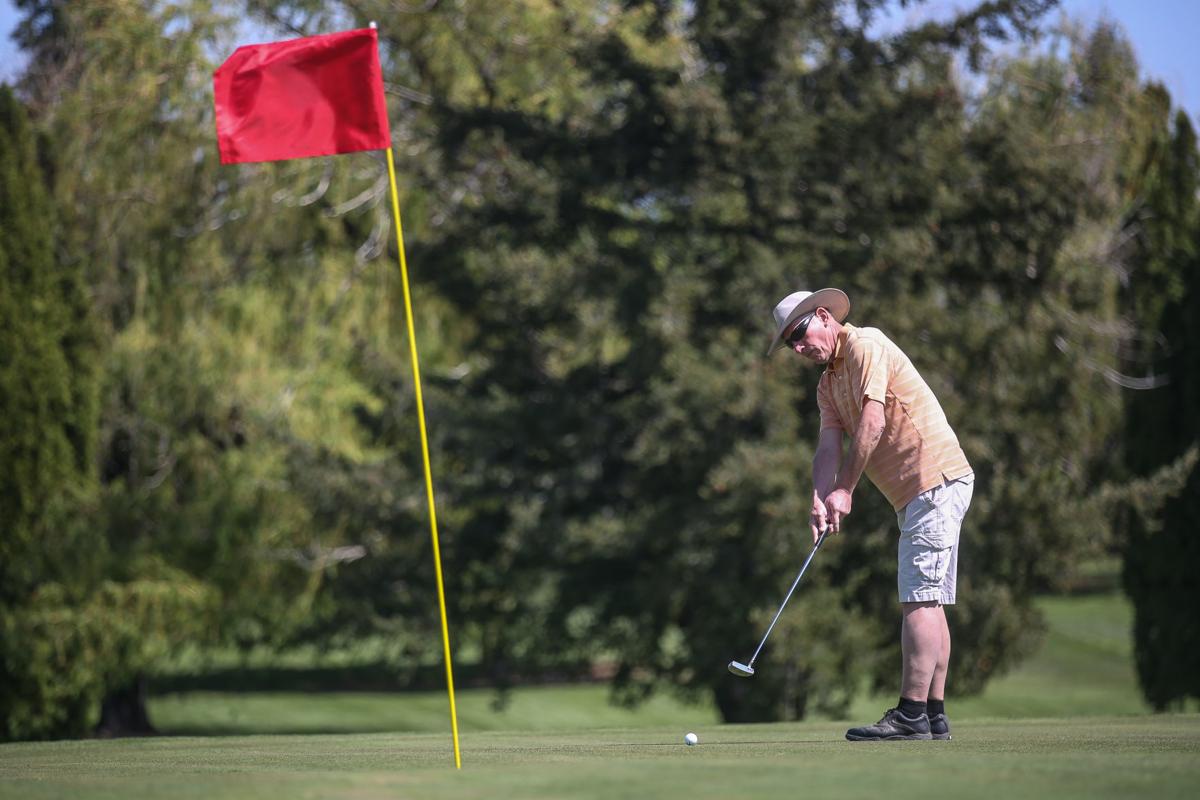 Glen Shepard putts toward the flag on one of the Westwood West Golf Course holes Tuesday, May 5, 2020, at 6408 Tieton Drive in Yakima, Wash. 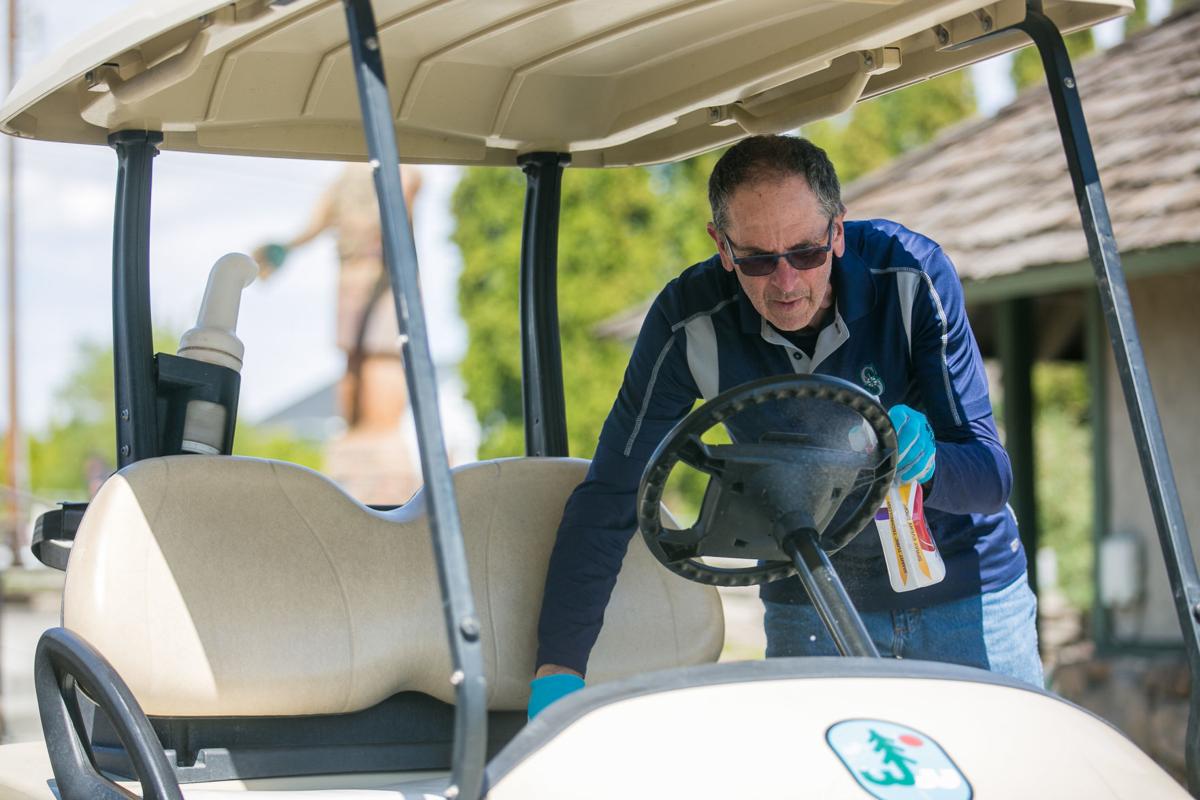 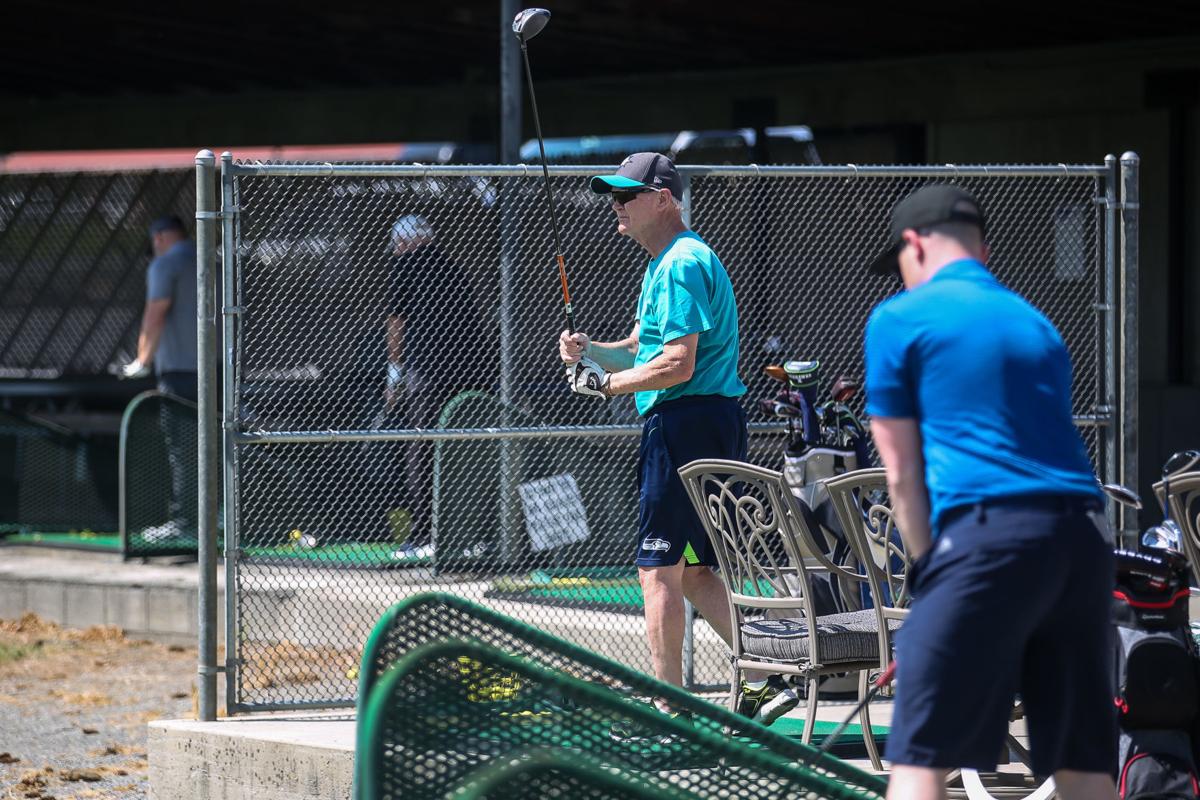 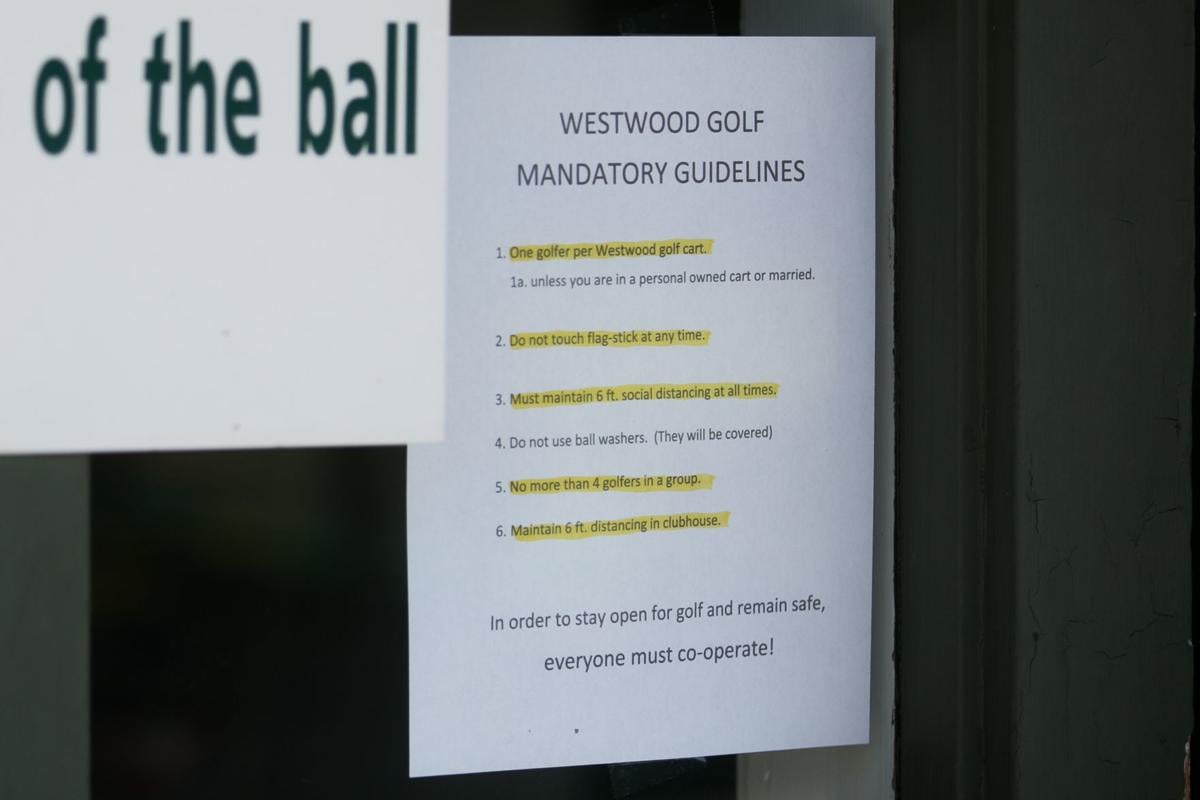 A list of mandatory guidelines to prevent the spread of the coronavirus at Westwood West Golf Course Tuesday, May 5, 2020, at 6408 Tieton Drive in Yakima, Wash.

Glen Shepard putts toward the flag on one of the Westwood West Golf Course holes Tuesday, May 5, 2020, at 6408 Tieton Drive in Yakima, Wash.

A list of mandatory guidelines to prevent the spread of the coronavirus at Westwood West Golf Course Tuesday, May 5, 2020, at 6408 Tieton Drive in Yakima, Wash.

State agencies and golf courses welcomed visitors back outside for the first time in more than a month on another sunny Tuesday in the Yakima Valley.

Access to most state-managed lands returned, along with legal fishing and hunting, although some restrictions remain. Golf looked a little different, but Selah’s Ross Lee had no complaints after his first round of 18 since Gov. Jay Inslee ordered courses to close on March 23.

“It was a great day,” Lee said. “Game was rusty of course because I wasn’t able to take full swings but it feels good to get out, get a little sense of normalcy.”

He spent some time over the last six weeks chipping in his yard and said he trusts the experts who deemed it unsafe to play. Despite some concerns over whether the return to golf came too soon, Lee couldn’t resist the urge to head back to the course as soon as possible.

Apple Tree and other area golf courses did their best to follow state guidelines to encourage social distancing and limit objects golfers can touch. That meant putting PVC pipes in the cups, Xs on the floor in the pro shop, and plenty of signage around the course.

“We have had quite a few people coming out,” Apple Tree marketing assistant Aaron Hillbery said. “The course seems a lot busier than it actually is.”

Golfers could only play in twosomes unless they all came from the same household. River Ridge’s Marty Griffith said a full course still wasn’t profitable for him since nearly all of those golfers already owned memberships and the course didn’t offer any food or alcohol.

SunTides pro shop staffer Jim Johnson said they saw more of a mix with a steady stream of 121 golfers between 7 a.m. and 4 p.m. He noted the course even brought in an extra maintenance worker to ensure carts and everything else stayed sanitized.

More space means a greater emphasis on personal responsibility for visitors to lands managed by the Washington Department of Fish and Wildlife. the Department of Natural Resources, and State Parks. Spokesperson Anna Gill said the state parks that are open, including Yakima Sportsmen Park, won’t have all of their typical amenities available, and staff won’t be around to enforce social distancing.

“If we find that we’re getting large crowds and we’re not getting social distancing, then we may have to close parks,” Gill said. “But we really don’t want to do that.”

May 1 typically draws shed hunters from all over the state to collect antlers at Oak Creek. The gates finally opened on Tuesday and regional director Mike Livingston said a few people needed to be cleared out of the parking lot early in the morning, but most seemed to be following the state’s guidelines.

All gates to wildlife areas were opened and Livingston also reported seeing some people fishing at Lake Myron near the Yakima Greenway. The region’s lowland lakes were stocked with trout for the opening day of the season, which was originally scheduled for April 25.

Livingston said fishing could be a little complicated at Clear Lake, since the Forest Service’s boat launch remains closed. The agency’s website says developed recreation areas in the Okanogan-Wenatchee National Forest are closed until September 30, but notes those “orders will be rescinded earlier if conditions permit.”

Camping remains closed indefinitely until phase two of Inslee’s reopening plan begins. All hiking and hunting trips should be kept to a single day, and Livingston noted the department’s trying to be “very liberal” when it comes to offering refunds for those with permits they may no longer be able to use, such as spring bear hunters.

Gill and wildlife department spokesperson Rachel Blomker said anyone going outside should check to ensure their destination’s open. The also should prepare for fewer amenities, including a lack of toilet paper due to vandalism in some restrooms.

Golfers only need their clubs and golf balls with plenty of hand sanitizing stations scattered around the courses. Jim Milton only traveled a few blocks for his long-awaited return to Apple Tree, where he plays about twice a week.

“This has been fun to get out finally,” Milton said. “I think it’s pretty safe compared to even going shopping.”

The Bureau of Land Management plans to re-open its four recreation sites in the Yakima River Canyon — Roza, Lmuma Creek, Big Pines and Umtanum — on Thursday. No day-use fees will be collected and camping still won't be allowed.

Forest Service aims for May re-opening

The Forest Service could open its developed recreation areas and certain trailheads by late May, the agency announced in a press release.