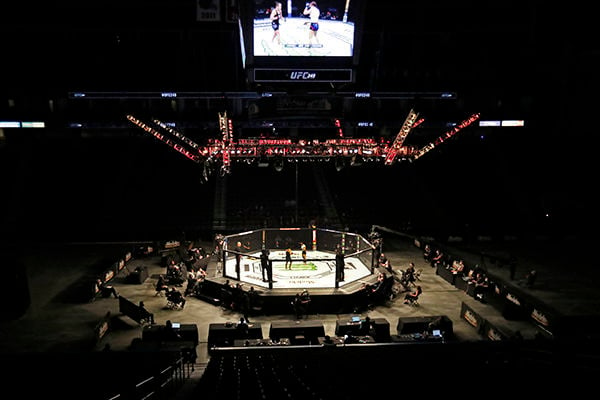 Fighters compete without fans because of the coronavirus pandemic during a UFC 249 mixed martial arts bout Saturday, May 9, 2020, in Jacksonville, Fla. (AP Photo/John Raoux) 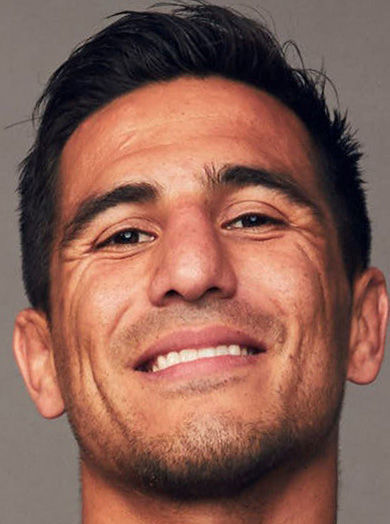 Fighters compete without fans because of the coronavirus pandemic during a UFC 249 mixed martial arts bout Saturday, May 9, 2020, in Jacksonville, Fla. (AP Photo/John Raoux)

Wapato’s Gustavo Lopez kept smiling and made the most of it, lasting all 15 minutes against Merab Dvalishvili at Saturday’s UFC on ESPN 10 at the UFC Apex. The former Wolves wrestler avoided submissions while on the ground for much of the fight but couldn’t escape a loss by unanimous decision.

After the night’s first three fights all ended in less than a minute, Lopez eluded Dvalishvili’s initial takedown attempts and stayed on his feet for more than three minutes. Despite taking some huge punches at the end of the first round, he nearly set up a chance for a submission with a key reversal halfway through the second round.

More UFC opportunities could be on the way for Lopez, who trains in Las Vegas and signed a four-fight contract with the world’s top mixed martial arts company. He’s the current bantamweight champion for Combate Americas with an 11-5 record.

The loss ended Lopez’s three-match win streak, including a first-round knockout of Joey Ruquet last August to defend his title. Lopez graduated from Wapato in 2008 after three Mat Classic appearances and two medals.