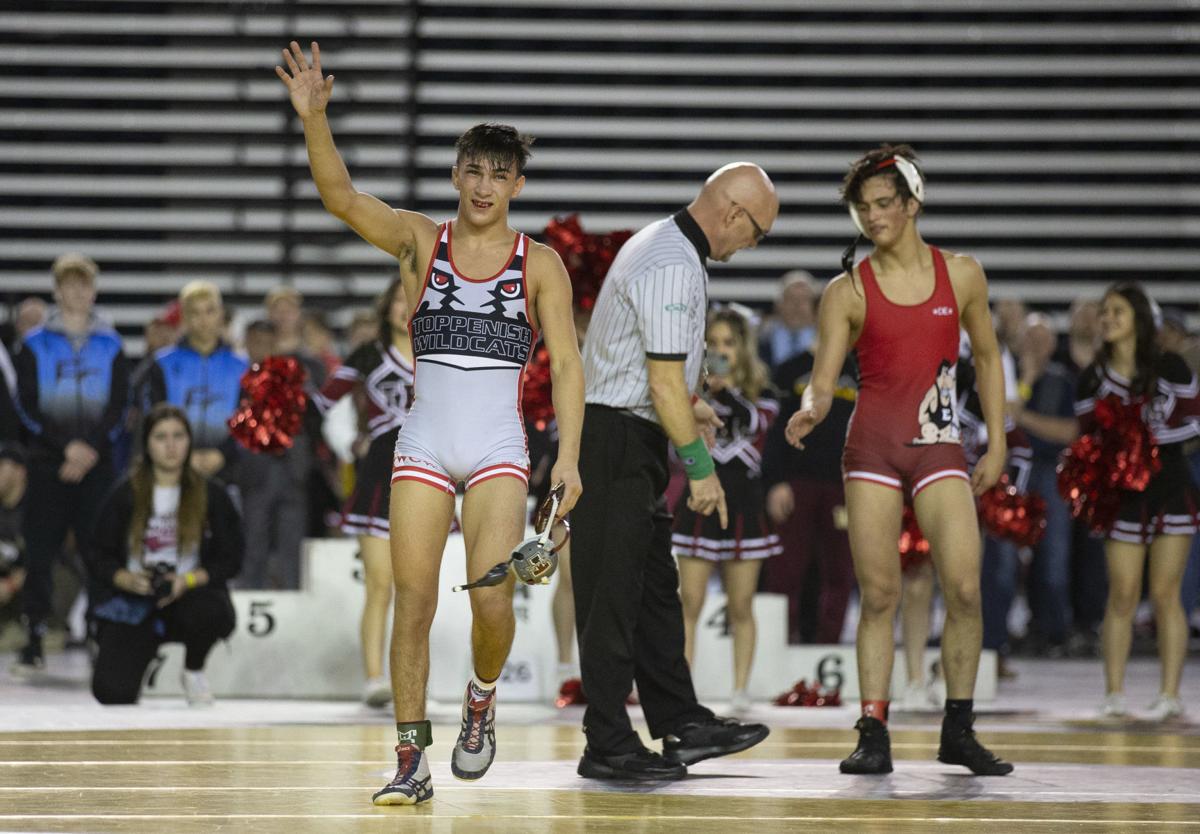 Toppenish's Haiden Drury, left, smiles as he waves to supporters in the stands after winning the 2A 132-pound state championship match at Mat Classic XXXII on Saturday, Feb. 22, 2020 at the Tacoma Dome in Tacoma, Wash. 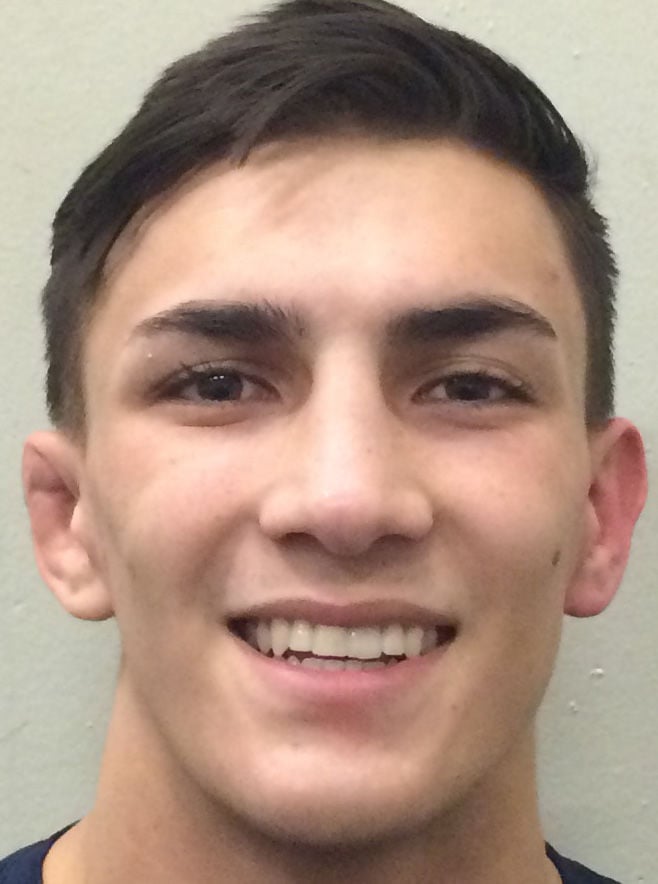 Toppenish's Haiden Drury, left, smiles as he waves to supporters in the stands after winning the 2A 132-pound state championship match at Mat Classic XXXII on Saturday, Feb. 22, 2020 at the Tacoma Dome in Tacoma, Wash.

YAKIMA, Wash. — Haiden Drury finished off his Mat Classic three-peat with an unbeaten senior season in February and has since watched the honors roll in.

But Thursday's recognition was a step above all else.

The Toppenish senior, who will be a co-valedictorian before he heads off to Fresno State, was named the West region recipient of the Dave Schultz High School Excellence Award and is now one of five finalists for the national award. No wrestler from Washington has ever won the national award in its 25-year history.

The award recognizes seniors for their excellence in wrestling, scholastic achievement, citizenship and community service. The national winner will be announced on May 26.

Drury's appearance in the Mat Classic finals all four years helped the Wildcats win three state titles, including a 43-0 senior campaign that left his career mark at 168-8. Outside of the prep season, he captured a Greco-Roman Junior National title last year and a Greco-Roman Cadet National title in 2018. He was also a silver medalist at the Junior Pan American Championships in 2019.

Prior to the Schultz recognitions, Drury received several other distinctions, starting with being selected Washington's wrestler of the year by Win's Magazine. That gave Toppenish two in a row following Andres Aguilera in 2019.

Drury was then named to the Cliff Keen Scholastic All-American team, joining Curtis' Maka Yacapin to represent Washington. He was also ranked No. 12 in the nation for all classes and weight divisions.