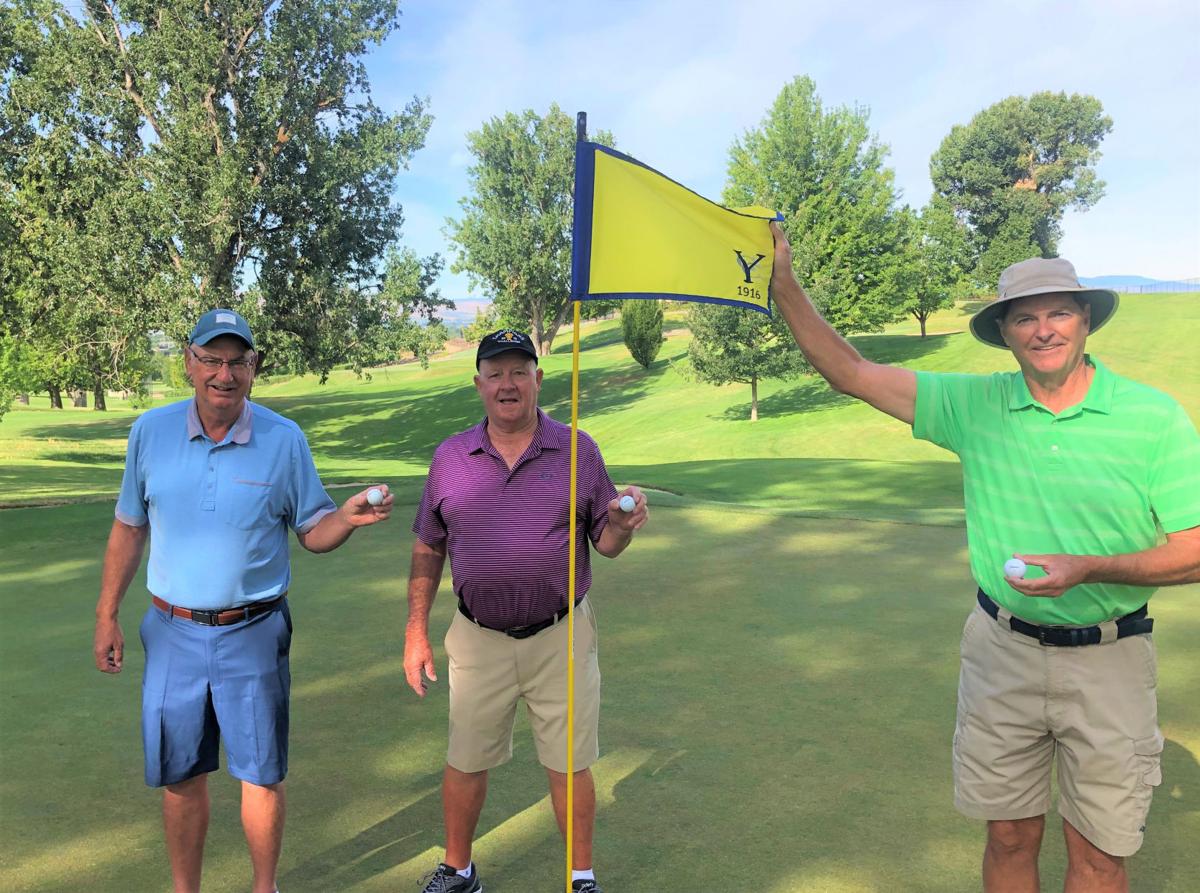 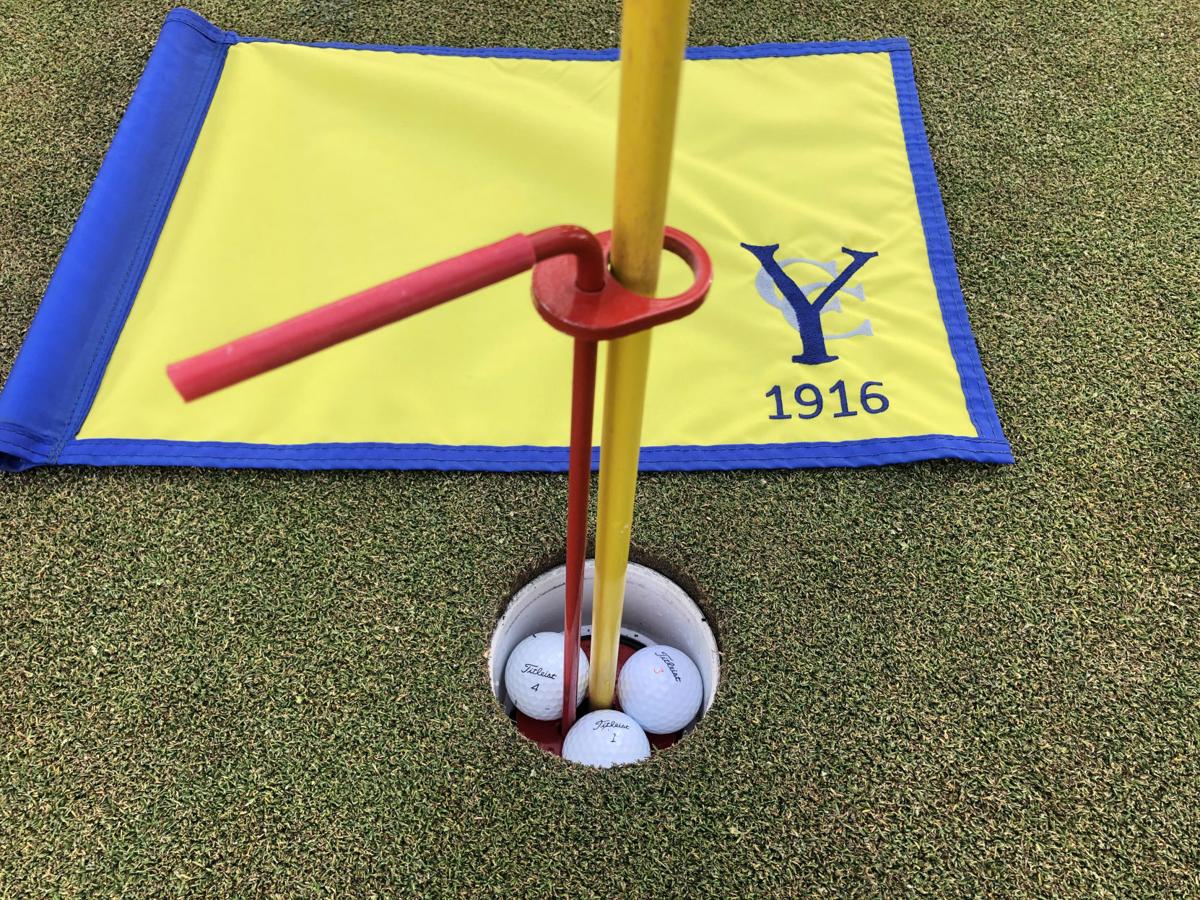 The slope behind the pin on Yakima Country Club's 11th hole turned back-to-back tee shots into a wildly improbable moment on Thursday, July 23.

Mark Littleton shot first with his 9-iron and recalled seeing the ball stop just beyond the hole. Ron Hoffman took the next shot with a 7-iron into the shadows behind the pin, then they set off with the other two members of their group toward the green, prepared to putt.

It turned out that wouldn't be necessary.

"The greens were very fast that day and that's a very sloped green," Littleton said. "We got lucky and it rolled in."

After a brief search and a helpful suggestion from playing partner Randy Valicoff, Littleton and Hoffman found their balls next to each other in the hole. Washington Golf would later post on Twitter that the estimated odds of two holes-in-one in the same playing group are 17 million to one.

Then after their tee shots on the next hole, they learned that day's circumstances were even more unlikely than they thought.

While passing by Alan Cottle and his group that had just teed off on the 16th hole, Valicoff shared the news of the dual aces. Cottle replied that wasn't so impressive, since he'd hit a hole-in-one on the 11th less than an hour before.

"It was pretty odd," Cottle said, noting Hoffman could barely believe it. "You don't have that happen."

Like Littleton and Hoffman, Cottle said he didn't see his ball roll into the hole after his shot went into the late-morning shadows to the left of the pin. Cottle felt just enough wind to bring out his 9-iron, rather than an 8-iron, and expected a relatively short putt until he couldn't find his ball on the green.

All three members will be honored with their names on a plaque in the pro shop as well as a flag from 1916, the year the course was founded. But they won't be the only ones recognized for a remarkable run of holes-in-one at the Yakima Country Club.

Seven different golfers recorded aces over a 13-day span beginning July 13, including five on the 11th. The National Hole-in-One registry claims every U.S. golf course reports an average of 10-15 holes-in-one every year, and YCC pro shop manager Meagan Davis said the club hadn't seen more than four aces in one month since 1999.

Cottle's feat on the 11th, playing at 135 yards from the blue tees, marked the third time he's aced the course's shortest hole. Littleton said several people told him the flagstick in the right-center portion of the green made for a difficult location, especially for putting.

His only other ace came at Heron Lakes Golf Club in Portland, and Hoffman hit his first hole-in-one on the par 3 6th at YCC. But given the circumstances, he'll be telling the story of this one a lot more.

"Yeah, they all want to know about it," Hoffman said of conversations with people over the past two weeks. "I put it on Twitter because it was so strange."