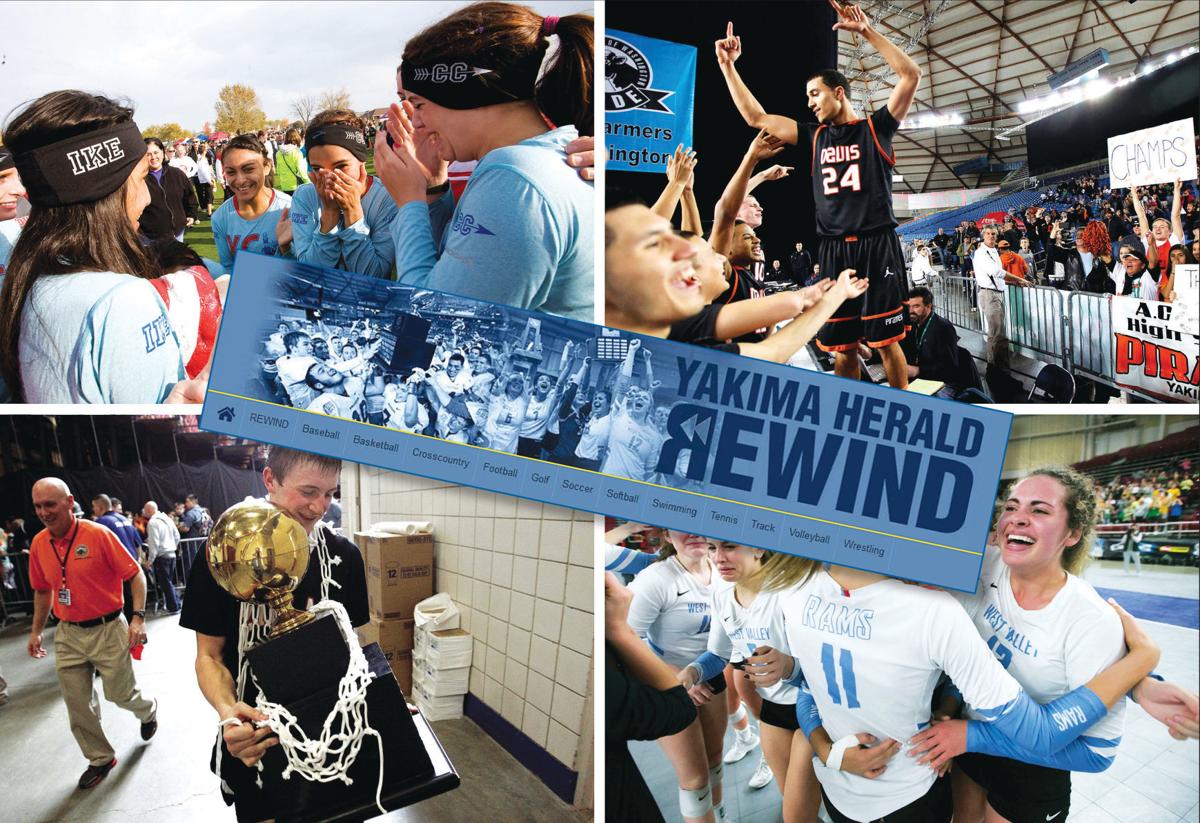 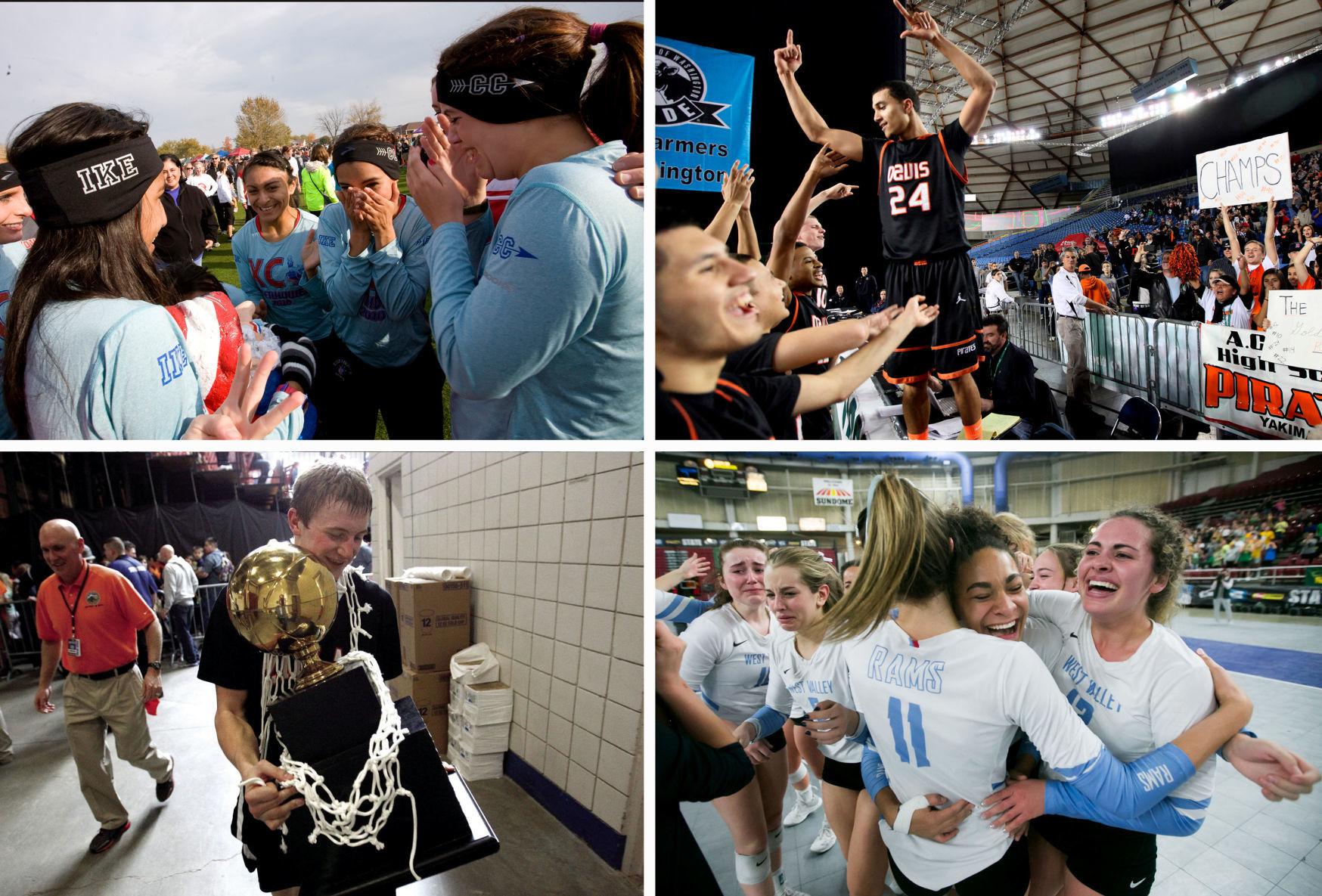 YAKIMA, Wash. — Borrowing a line from “The Shawshank Redemption,” all it took was time and pressure.

Pressure, sure, there was plenty of that since sports editor Jerrel Swenning and I have been trying to take this project forward for years. Only to have such intentions undone by a lack of time. Summers for us are never as wide-open as some might think.

What we needed, short of a swift kick in the behind, was something to create a window of opportunity to dig Andy Dufresne’s tunnel to freedom. We did not imagine this.

But, nevertheless, here we are finally with an online platform for all my archive files, accumulated over nearly 33 years of covering high school sports in the Valley — a region we define by our readership area of north to Cle Elum, east to Prosser and south to Goldendale.

There are dozen of files to start ranging from an overall summary of the Valley’s 197 state team champions and then on to individual files for each sport, where all kinds of historical goodies can be found. The bulk of these archives cover all-time lists for individuals and state-tournament performances for teams.

Just a quick sampling of what can be found:

• Eisenhower has the most state team champions with 19, but West Valley’s 17 come from the most sports — nine.

• Of the 15 state trophies in boys soccer, 10 have been earned by champions. Volleyball has produced 15 state champions and 10 have been claimed by Selah and West Valley.

• The AA classification started in 1973 and Sunnyside, Ellensburg, Prosser and Selah from the Mid-Valley League produced six of the first eight boys state champions in cross country.

• Eisenhower’s Doria Holbrook (2004) owns Valley records in two sports with 4A state titles in diving and the pole vault.

• The first of Toppenish’s 45 state wrestling champions was Harvey Koerner in 1974. The Valley’s first state champion was Charles Tenpas of Yakima High in 1954.

• Selah baseball has reached the state playoffs for 14 consecutive years and in 23 of the last 24 seasons with 12 trophies. The Vikings have a total of 32 state appearances, and Eisenhower girls cross country has 34.

• Yakima High School won the Valley’s first state championship, edging Clarkston 19-17 for the boys basketball title in 1925. In the 95 years since, the Valley has accumulated 388 state trophies and they’re all listed with season records for most.

• The oldest Valley record in track and field is held by Davis’ Wayne Hinkley, who won the 1972 state AAA title in the triple jump two years after the event was first introduced at the state level.

• Cle Elum’s school record for rushing yards in a game (332) set by Andy Tomchick is 59 years old, and Goldendale’s Jerry Lorton (1972-75) was the first three-time state champion and four-time medalist in wrestling.

And on and on.

I’m currently tinkering with a few additions here and there but this is the bulk of what I’ve accumulated over the years. At some point perhaps I’ll tackle a review of league and district team champions, but that’s another tunnel to be dug in another direction.

Getting this project across the finish line wouldn’t have been possible without the heavy lifting of website designer Aidian Holder, who was given all this in the middle of a worldwide pandemic that dominated the demands on his time — all from home.

Keep in mind these files contain information that is subject to revision. The idea is that updates and changes will be made at the conclusion of each season. If you see something amiss from last year or in 1925, please let me know with an email at sspruill@yakimaherald.com

Take the meticulous local sports files of Scott Spruill and the web design of Aidian Holder and you end up with Yakima Herald Rewind. Can’t recall when your school won that state title? Need to settle a bet? Log on to yakimaherald.com/sports/rewind to find those answers and more.