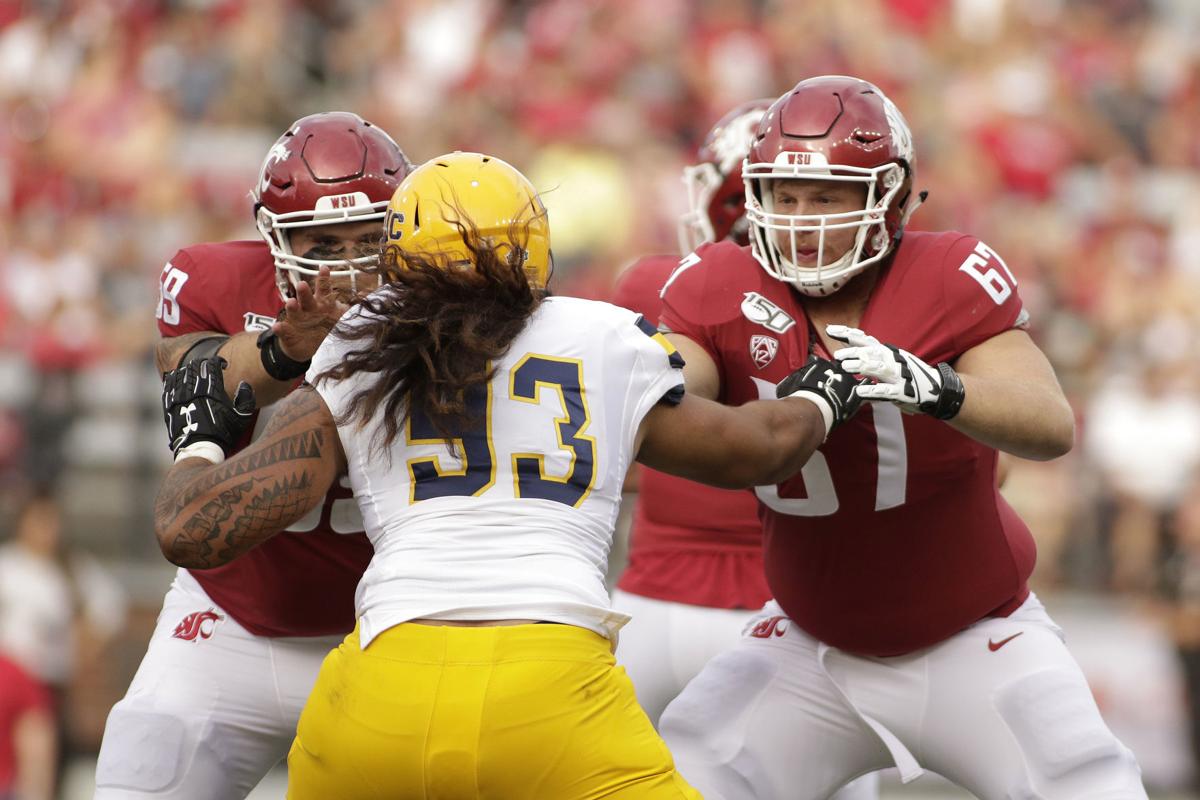 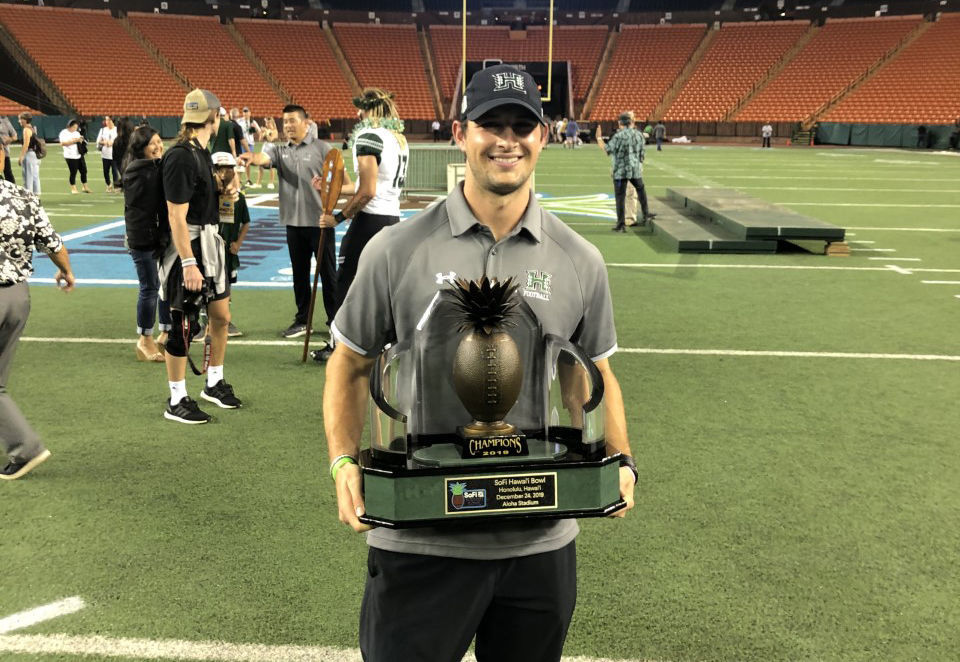 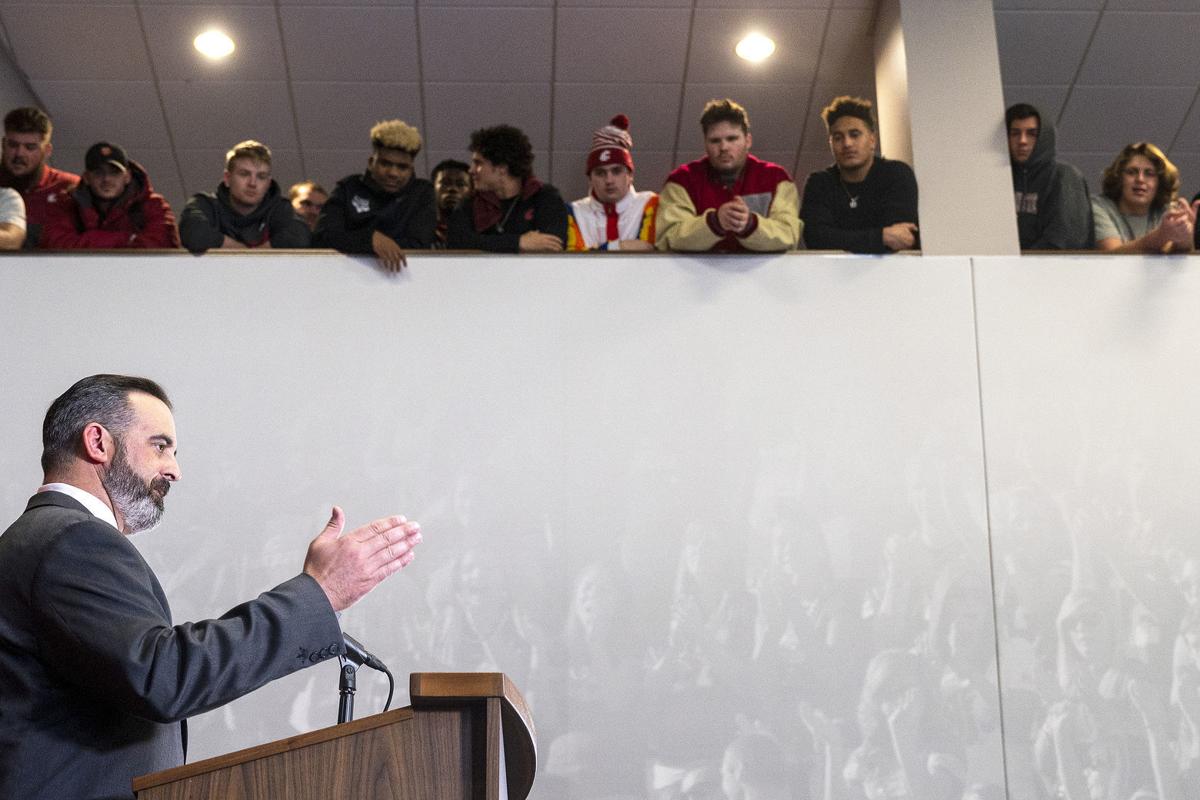 Washington State players, including Brian Greene, second from the right, listen from a balcony as new Cougars coach Nick Rolovich speaks during a Jan. 16 news conference in Pullman. 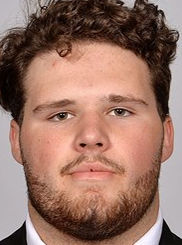 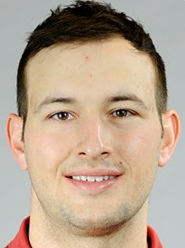 Washington State players, including Brian Greene, second from the right, listen from a balcony as new Cougars coach Nick Rolovich speaks during a Jan. 16 news conference in Pullman.

Brian Greene appears poised to take over the starting center spot after the departure of Frederick Mauigoa, who signed with the Carolina Panthers in April. The former walk-on said he’s eager to play for new coach Nick Rolovich, who took over after Mike Leach left for Mississippi State in January.

“I just want to be able to grasp this new offense as quickly as possible,” Greene said. “It’s pretty similar to the Air Raid with some new run concepts in.”

A familiar face for Greene joined Rolovich when he brought along former Eisenhower quarterback Kolney Cassel from Hawaii. The two Cadets graduated four years apart and just missed playing together, but they still knew each other through Cassel’s younger sister, Brooklyn.

Cassel also helped Greene through the recruiting process during his college career that included stops at SMU, Sacramento State and finally the 2018 season under Rolovich at Hawaii. The former CBBN co-offensive player of the year decided to become a coach after extensive conversations with June Jones at SMU and always dreamed of making it to Pullman.

“It was something that I kind of always wanted and even getting into coaching I had that kind of in the back of my mind that I wanted to go to Washington State,” Cassel said. “It happened way quicker than I expected.”

As the team’s offensive quality control coach, he speaks with Greene once or twice a week to discuss play schematics, especially from the quarterback’s perspective. Both remain hopeful the season will go on as scheduled while acknowledging they face plenty of unknowns.

Top of the depth chart

After spending most of his time in high school blocking for Eisenhower’s power run game, Greene adapted to an offense renowned for its commitment to throwing the ball.

Rolovich and his staff bring in a few more running plays for Greene’s fourth season with the Cougars, although passing remains the top priority. Hawaii quarterbacks launched 635 passes in 15 games last season, second in FBS to WSU’s 710 in 13 games.

Greene practiced last season knowing he was one injury away from starting, and he saw playing time at center in four different games. He still talks frequently with Mauigoa and Greene’s becoming even more vocal as an aspiring leader and facilitator for the offensive line.

“I feel like I was ready to start even last year,” said Greene. “(Mauigoa) felt the same. He definitely helped me more so when I was younger.”

Through constant discussions of the offense with the new staff, including offensive line coach Mark Weber, Greene’s learned they’re strong communicators and teachers, even without the ability to meet players in person. He prides himself on knowing the concepts better than anyone, so he can ensure every lineman understands their responsibilities.

WSU players began voluntary workouts on June 15 and Greene said they’re basically back in full swing, with some new restrictions and rules. He participates in strength and conditioning every day with the same group of five players and they endure testing for the coronavirus every Monday.

Outside of football activities Greene tries to limit his exposure beyond the four roommates with whom he shares an apartment. Although he spent some time in Yakima he’s mostly stayed in Pullman, where Whitman County health officials have confirmed only 36 cases and none among WSU players.

The elimination of spring football took away valuable opportunities for Greene to learn the new offense and practice with a new group of quarterbacks vying to replace Anthony Gordon. But Greene said he’s found time to snap the ball to Cammon Cooper and Gunner Cruz, as well as join them for some walkthroughs.

“The new offense is very interesting,” Greene said. “It’s very well programmed for the athletes you have at quarterback compared to the Leach offense.”

It’s unclear what this fall will look like on the field or in the classroom, where Greene said WSU might limit classes to 50 students. He’s set to graduate soon with a degree in History and plans to work on his master’s degree in Academic Administration while playing for the Cougars as a senior.

Many of those restrictions for players apply to coaches as well, so despite keeping his same boss Cassel’s adjusting to a new role.

Before heading back to Pullman on Thursday, he spent several weeks in Yakima working from home through Zoom meetings and film study. Cassel’s responsible for game preparation, often several weeks ahead of the actual game.

“I look at teams in advance, kind of get an idea what they’re doing,” Cassel said. “I work with mostly the quarterbacks and receivers.”

In a normal year he’d be spending time reviewing spring film, learning more about the Cougars’ roster. But without that insight, Cassel said he’s cautious to not try and teach too much in a Zoom call with players he’s never seen on the field before.

His familiarity with the state and especially eastern Washington provides a valuable asset for the coaching staff, even though NCAA regulations prevent Cassel from interacting with potential recruits directly. Knowledge of coaches and teams allows him to help special teams coach Michael Ghobrial navigate local high schools.

Cassel also brings the advantage of experience in the offense as a player, so he’s willing to step in and offer insight wherever he can. Greene said the former Cadet quarterback communicates well and can relate to players since he went through the same things not long ago.

“He’s very smart about it,” Greene said. “It’s definitely nice having him around and just being able to connect with someone who’s a little bit older than you and is in a position of power but is still a friend.”

They’re both preparing for a full season and Greene said coaches already booked travel for all five road games. He’s looking forward to snapping the ball in the season opener Sept. 3 at Utah State, regardless of how fall camps unfold or how many fans may or may not be allowed in the stands.