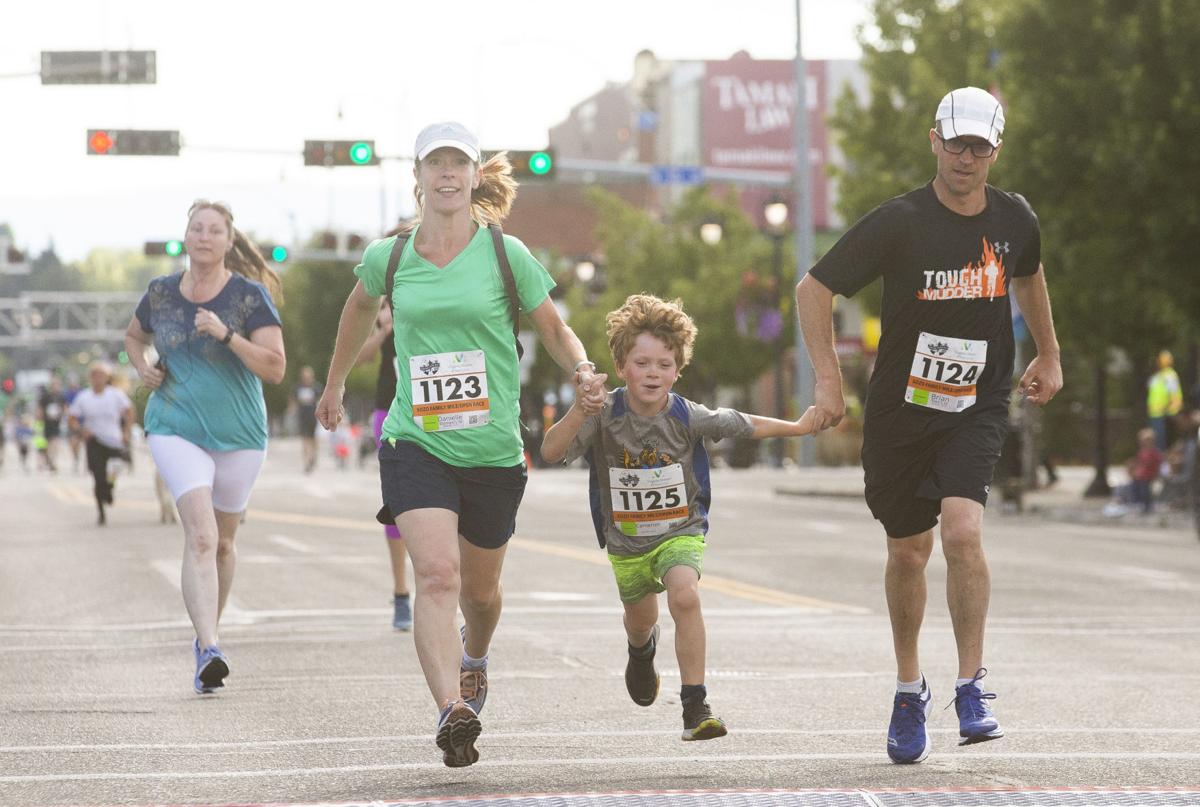 From left to right, Danielle Lund, Cameron Lund, 7, and Brian Lund run in the Sozo Family Mile during the inaugural Downtown Yakima Mile in 2019 in Yakima. 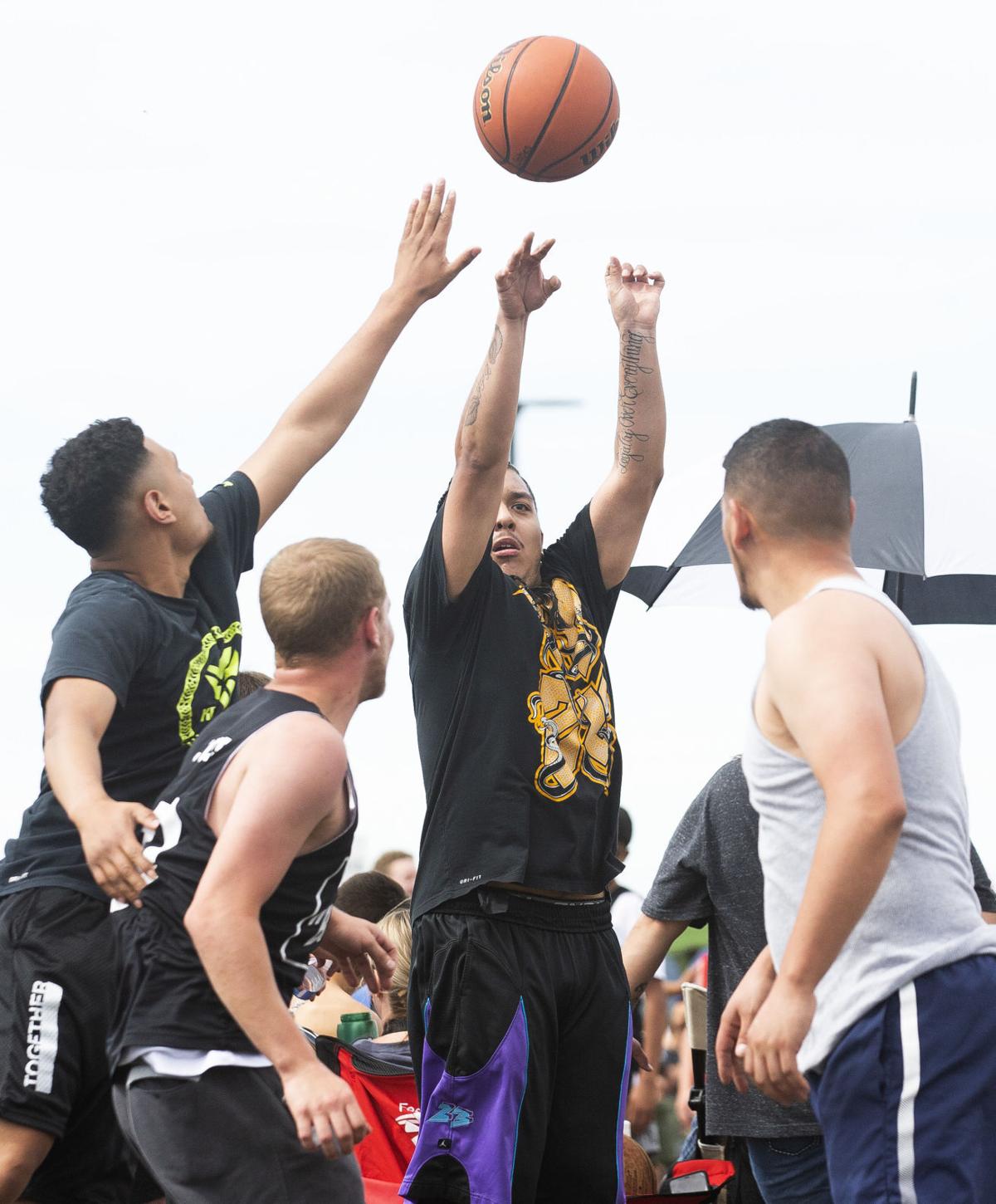 Franchise’s Enrique Davalos shoots during a game in the 2019 Hot Shots 3-on-3 tournament at Sozo Sports Complex. 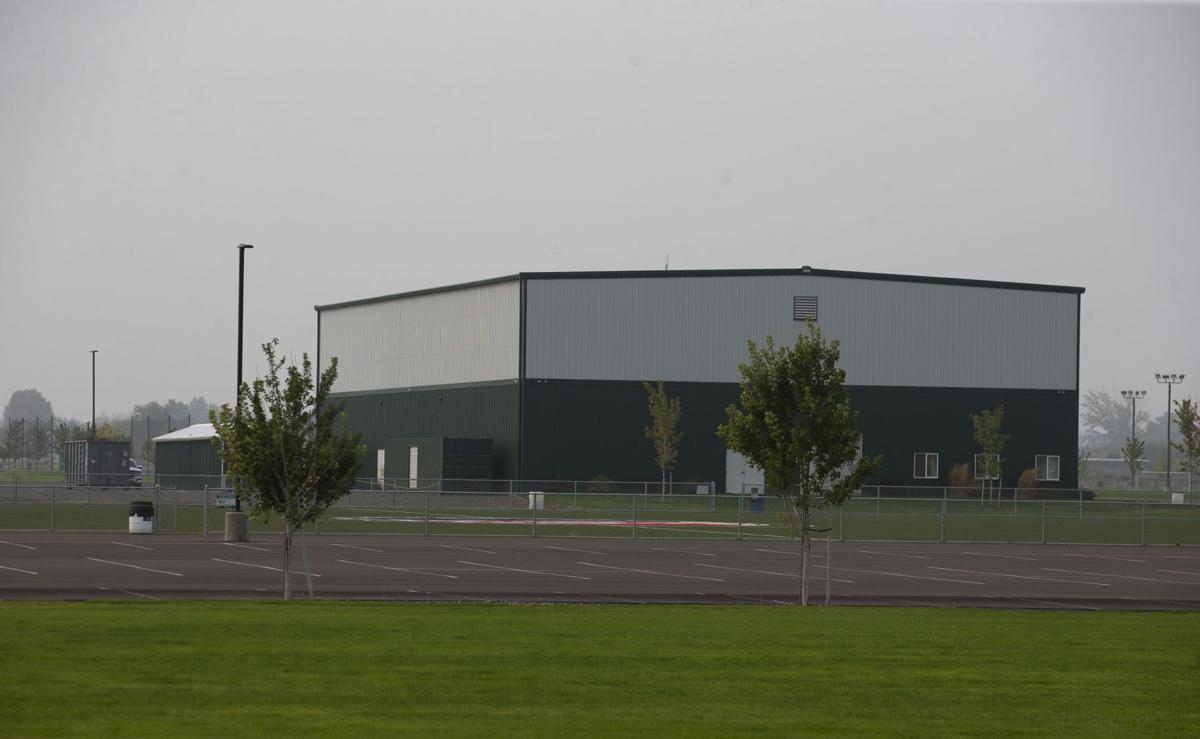 From left to right, Danielle Lund, Cameron Lund, 7, and Brian Lund run in the Sozo Family Mile during the inaugural Downtown Yakima Mile in 2019 in Yakima.

Franchise’s Enrique Davalos shoots during a game in the 2019 Hot Shots 3-on-3 tournament at Sozo Sports Complex.

Sports in Yakima are back in full swing following the long-awaited decline of COVID-19, which led to major repercussions for summer activities a year ago.

Yakima Valley Sports Commission director Rich Austin expects handwashing stations and sanitizer to remain a mainstay at the group’s events for the foreseeable future, and not everyone’s ready to give up their masks as concern grows about the delta variant of the virus. Otherwise, things should look mostly normal for the city’s vibrant sports scene, highlighted by the return of the Downtown Yakima Mile in late August and the Hot Shots 3-on-3 basketball tournament later this month.

Both events joined a long list of canceled competitions in 2020 as the sports world — from youth to professional — ground to a halt and Yakima County became one of the country’s worst coronavirus hotspots. High school sports finally returned in February, kicking off a gradual, not always steady return to action.

“We’re hoping that the events are very similar to what they have been in the past,” Austin said. “I think one thing that we have going for us now is that the governor has opened things up now that we’re past the end of June, and I think that bodes well.”

Co-founder Chris Waddle expects significant growth following a successful debut for the run down Yakima Avenue, in which seven men clocked times under four minutes and Amos Bartlesmeyer broke the state record to earn $10,000. Changes this year include more races to provide something for everyone in the community, a deeper elite field that Waddle said could feature Olympic Trials finalists, and a push to bring in the region’s top high school runners.

“It’s right at the start of the high school cross country season, but no school at that point will have had the ability to have 10 practices, so there are no cross country races anywhere in the state,” Waddle said. “The idea is that we can get a lot of these teams to just come to the Yakima Mile and use it as a tuneup, use it as a time trial for their team.”

Hot Shots saw a huge drop in attendance two years ago when it moved from downtown to Sozo Sports Complex following the cancelation of the 2018 tournament due to wildfires. Austin said they’re starting to see more teams sign up as the July 9 early registration deadline approaches and he’s optimistic that number will keep growing until July 20, when registration closes for the July 31-Aug. 1 event.

Austin believes that will be a better time, as it’s not too early when many people go on summer vacations or play in AAU tournaments. It’s also not too close to the start of school or Hoopfest in Spokane, which bills itself as the world’s largest outdoor 3-on-3 tournament.

The Sports Commission staff hosted one of the first community-wide athletic events of 2021 back in May, when nearly 150 people ran in the Sozo Racing Series Super 5K. Several runners emphasized how great it felt to finally be able to go outside and compete following more than a year of restrictions limiting big crowds.

“The numbers maybe weren’t quite as high as we had hoped,” Austin said. “But with COVID you really don’t know what to expect.”

Another of the commission’s signature events, the Dye Hard 5K, will also return on Aug. 14.

Waddle said the long break actually turned out to be a “blessing in disguise” for the Downtown Yakima Mile since it gave organizers more time to plan for what Waddle said holds the potential to become one of the region’s premier mile races. Nearly every sponsor is expected to return and more are jumping on board with spots still available for an event that will raise money for the YWCA and heighten awareness of its 24-hour domestic violence hotline.

While those big events may draw more attention, the families visiting Yakima for youth sports tournaments also provide a key boost to the local economy.

The GYGSA reached its field capacity and set a record of 52 teams over two weeks, with high school numbers growing significantly following a shortened season in the spring. But Acasio’s also faced some new challenges, most notably an alarming shortage of umpires prevalent in many different sports since some have been slow to come back and others found alternative ways to make a supplemental income while sports were on hold.

Yakima Tennis Club continues to draw large numbers of players from throughout the region, including around 350 at the USTA Pacific Northwest Junior Sectionals last weekend. The club’s hosting the Calcutta Tennis Tournament this weekend, followed by a USTA Junior tournament next week.

“Despite the heat, players and parents were thrilled to be back, and very complimentary towards Yakima and what we have to offer,” Yakima Tennis Club general manager Claire Bardwell said in an email. “We are so happy that kids are able to get out and be active, and have seen the massive positive impact returning to sports has created.”