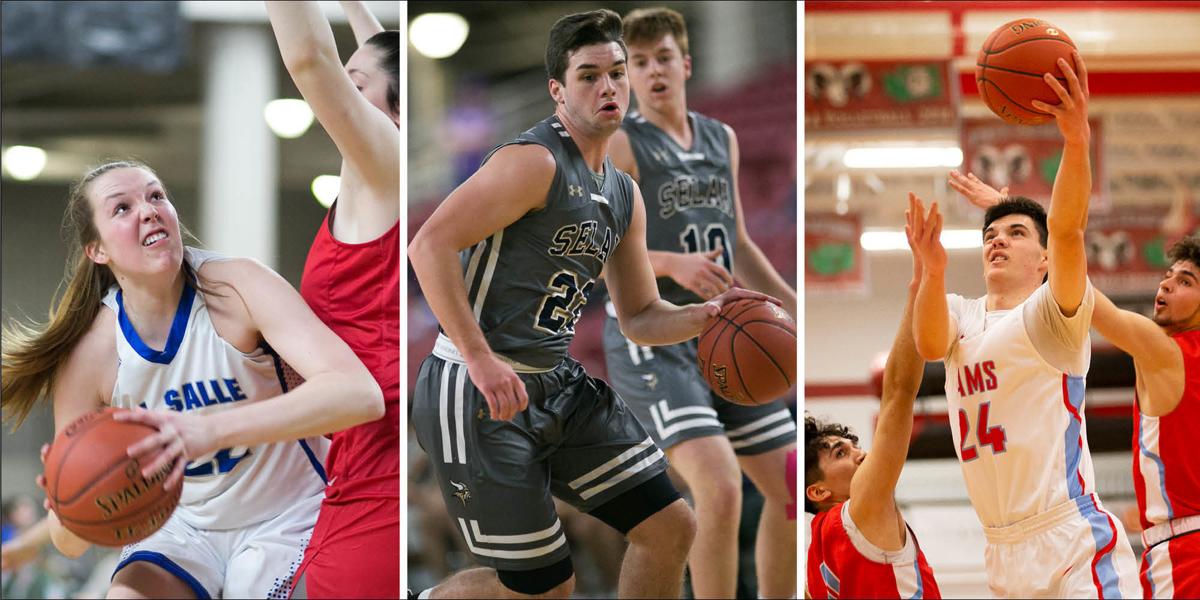 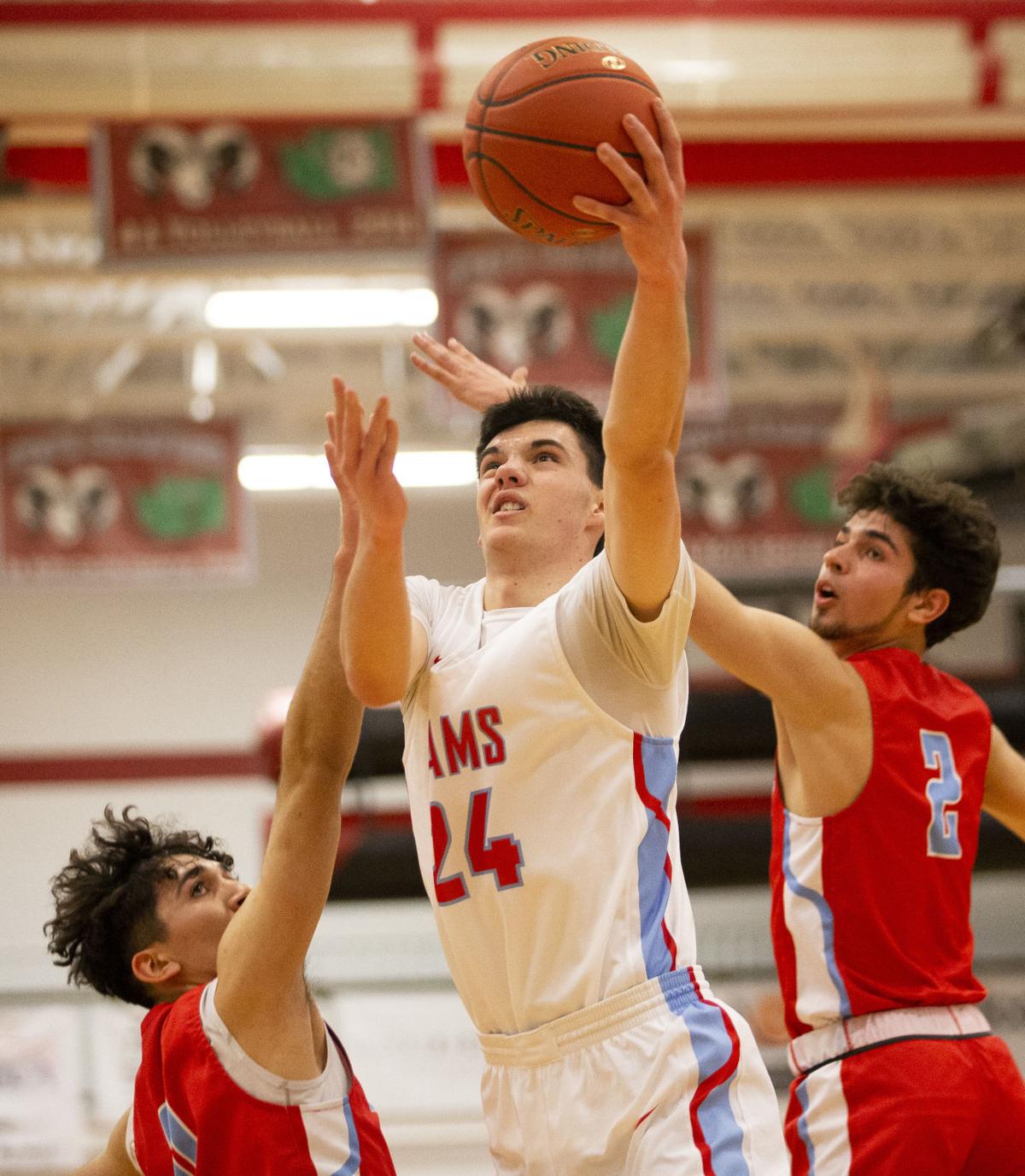 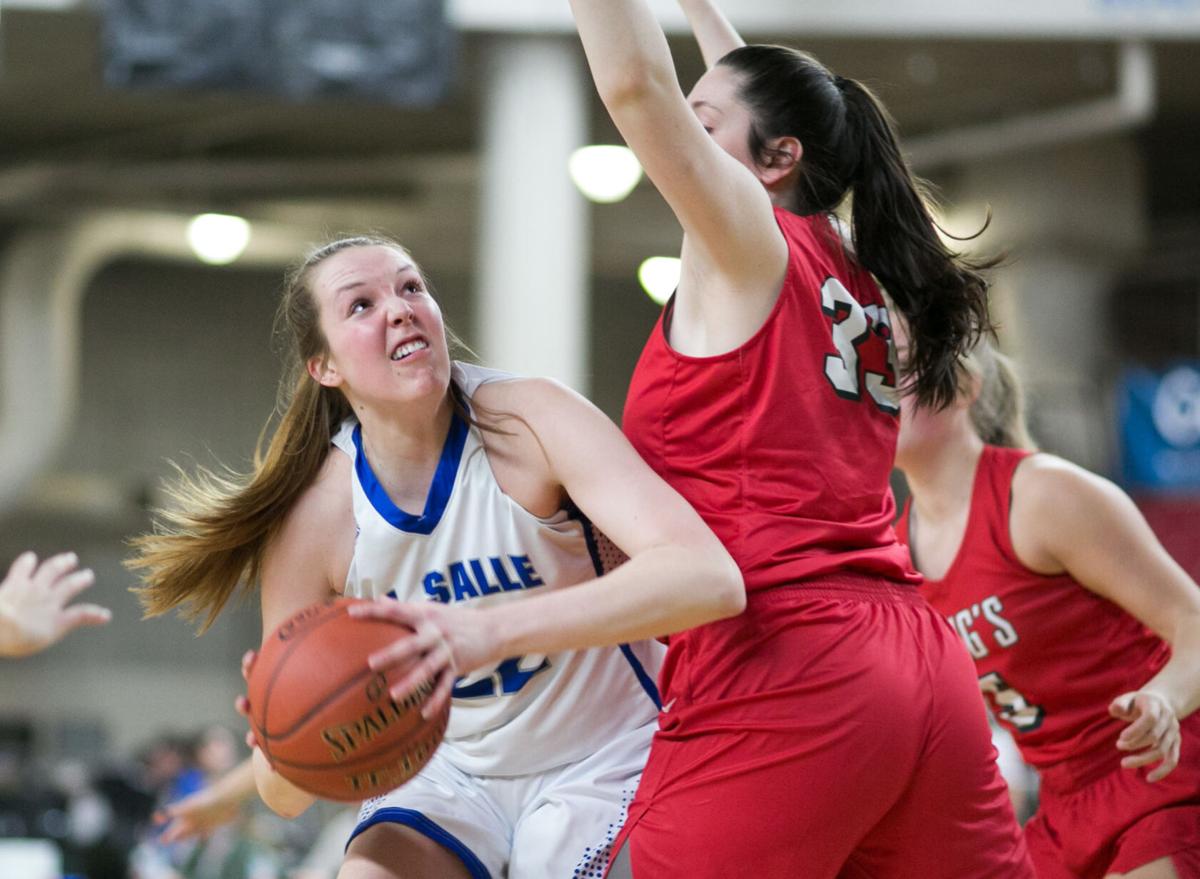 La Salle’s Trista Hull, left, tries to get past King’s Samantha Skaggs during Thursday’s Class 1A quarterfinal in the SunDome. 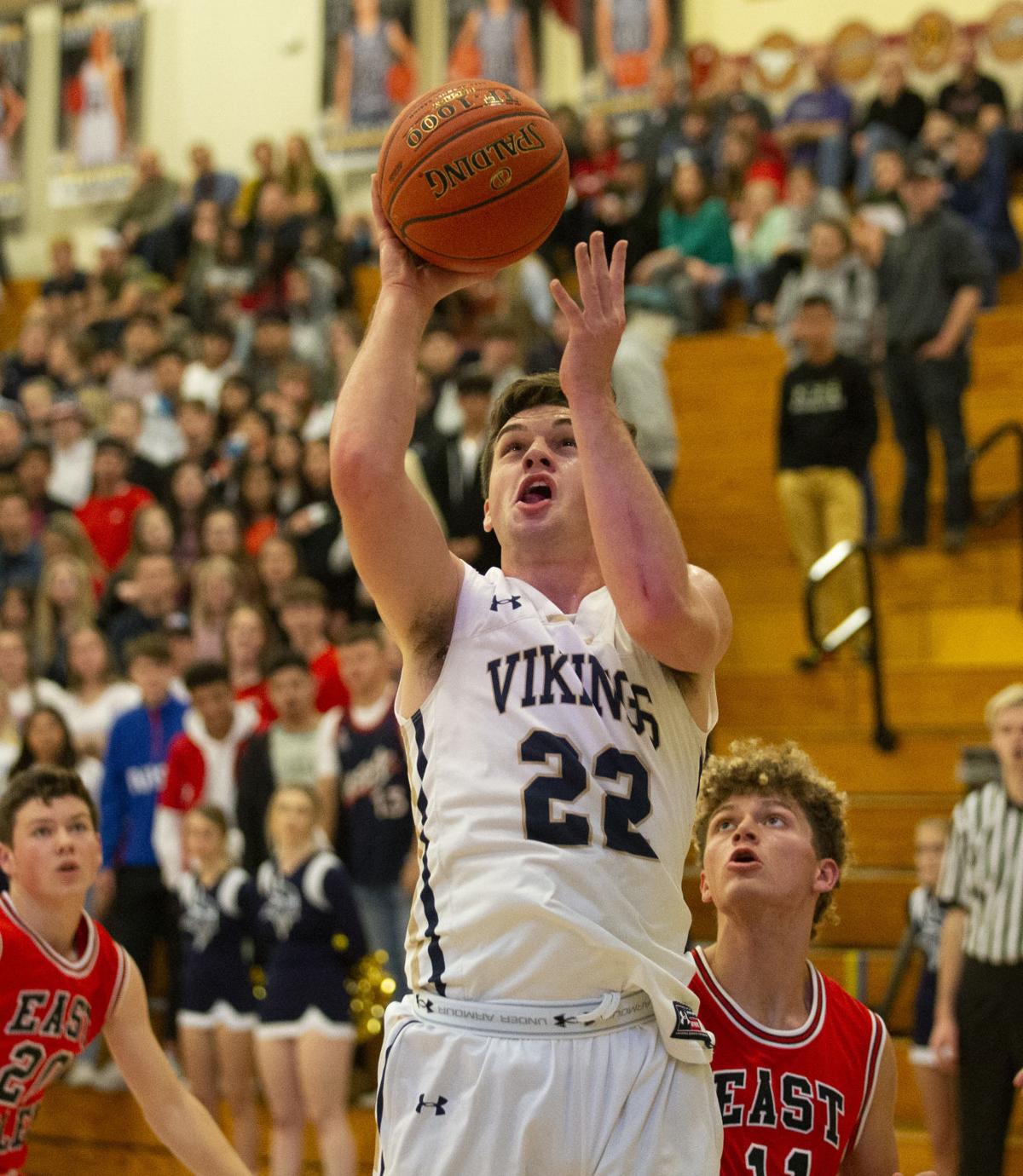 La Salle’s Trista Hull, left, tries to get past King’s Samantha Skaggs during Thursday’s Class 1A quarterfinal in the SunDome.

La Salle’s Trista Hull, West Valley’s Logan Kinloch and Selah’s Noah Pepper joined 18 other seniors from Washington and 700 throughout the country. McDonald’s decided to forgo this year’s All-Star games due to COVID-19, but a final roster of 48 seniors will be chosen later this month and celebrated virtually.

Hull signed with Boise State last November after scoring 960 points and grabbing 605 rebounds in her first three seasons. The 6-foot-2 forward played club basketball for the Northwest Blazers, led the unbeaten Lightning to a Class 1A title in 2019, and earned first-team all-state honors twice.

Kinloch, the CBBN’s co-player of the year last season, led West Valley to an unbeaten league season, capped off by his 24-point performance in the district final. The 6-foot-5 guard averaged nearly 16 points per game for the Rams and played club basketball with Noah Pepper for the Seattle Stars. He is still finalizing his basketball plans for next year.

Pepper was the CWAC MVP as a sophomore and junior, and averaged more than 27 points and 15 rebounds last season to earn first team all-state honors for the second straight year. The 6-foot-4 guard holds offers from George Fox and Colorado Christian and said he’s been in contact with several Division II coaches.

All three seniors could compete in a six-week, league-only high school basketball season this spring, if permitted by local health regulations.