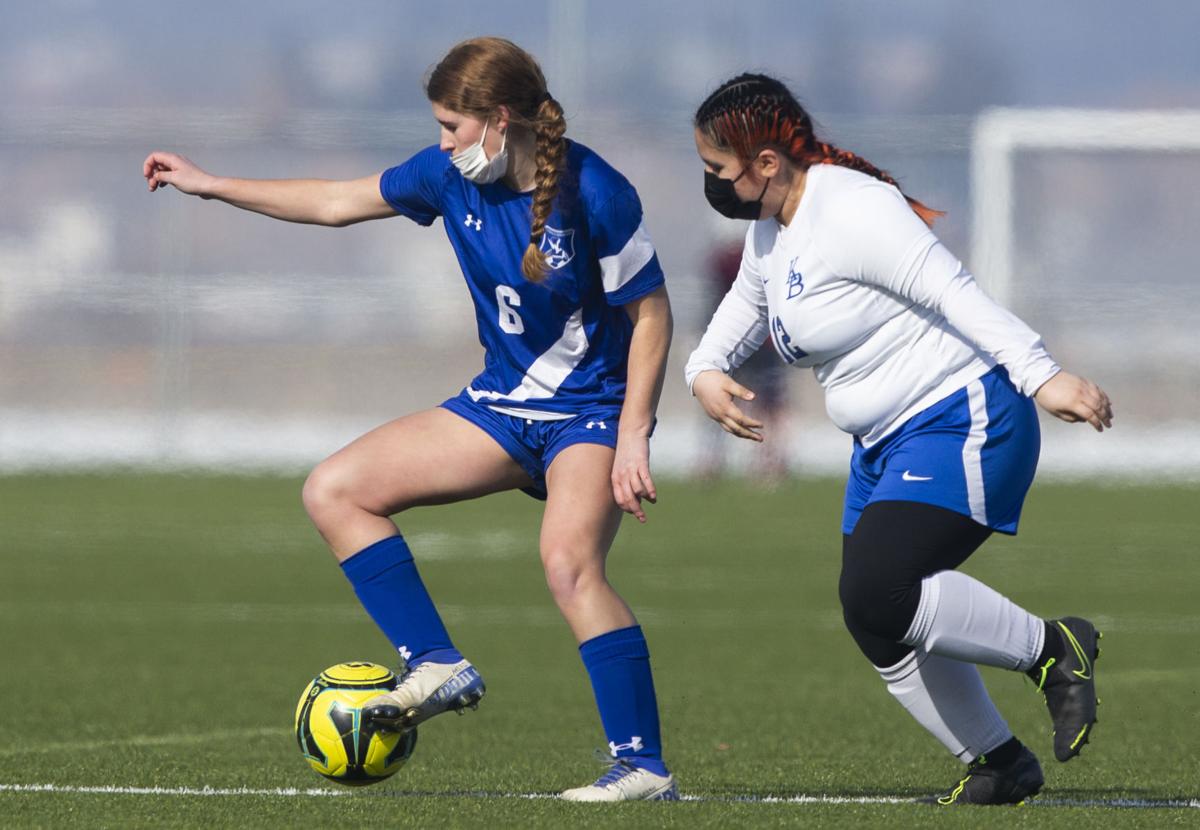 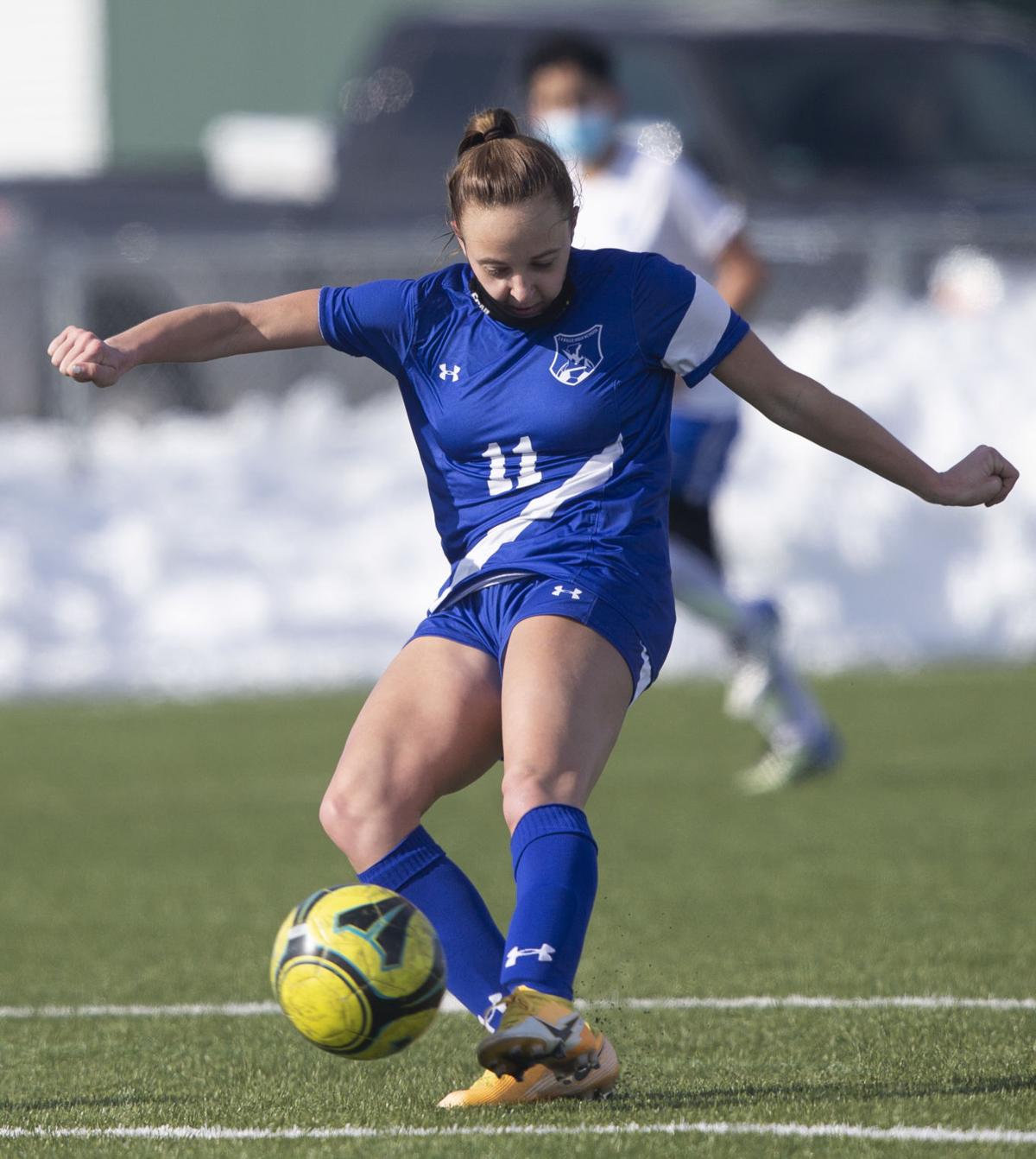 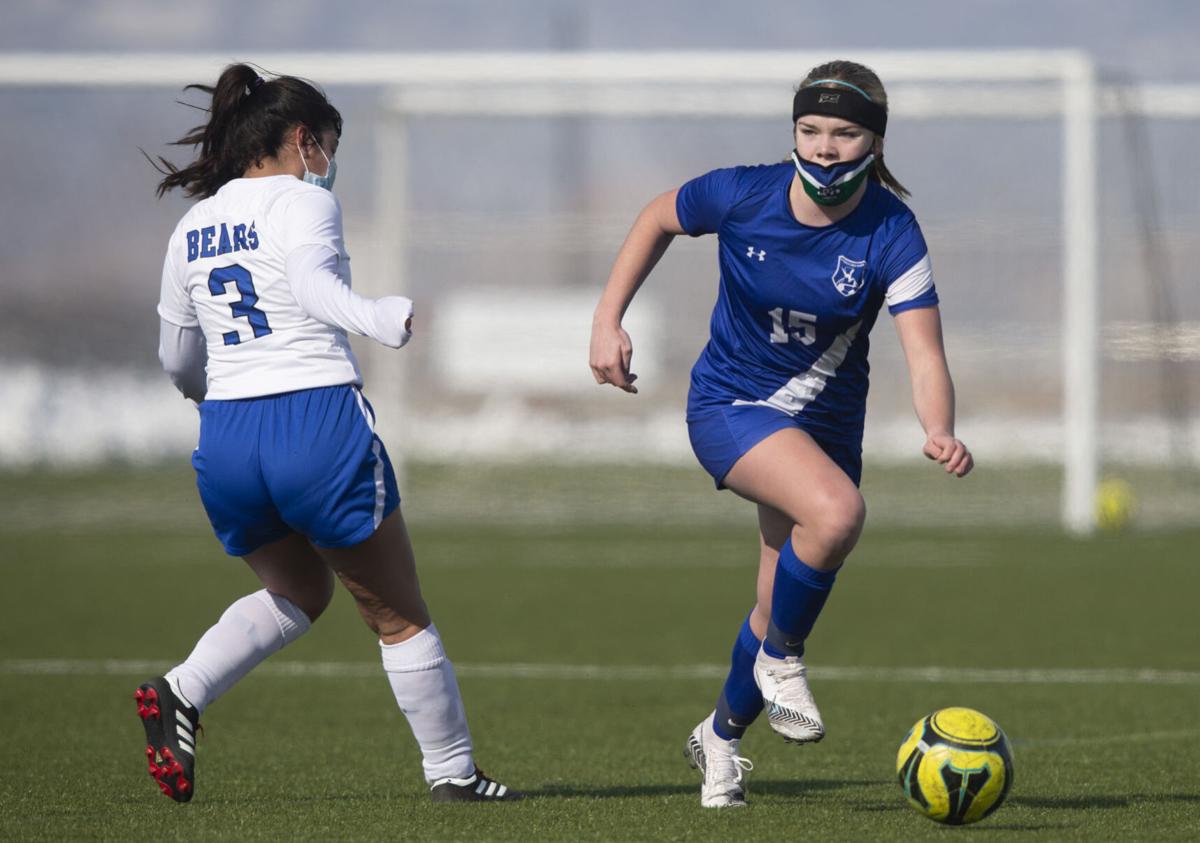 She needed less than a minute to score in her long-awaited senior debut against Kiona-Benton at the Sozo Sports Complex. Martin added one more about 30 minutes later by volleying a cross from fellow senior Hayley Stohr.

The talented forward found the net 47 times in 2019 to lead the unbeaten Lightning to a district title and bring her within six goals of the record held by former teammate Kam Fiscus. Then a surprising early exit in the Class 1A state tournament and the COVID-19 pandemic conspired to delay the inevitable.

“I was definitely thinking about (the record) today, but I want to wait for a good home game to be able to do that,” Martin said. “But we’ll see.”

She spent most of the game trying to set up teammates and tallied two assists, including a lofted cross that found Rylee Goins’ head for the final goal of a 13-1 La Salle win. Coach Roxcie Dills said Martin’s unselfishness demonstrated her leadership and understanding of the game.

As a sprinter who took fifth in the 100-meter dash at the 1A state track and field championships in 2019, Martin can often use her speed to blow by opponents or run down passes beyond the defense. But she’s also determined to improve her technical skills by putting in extra work juggling, passing and just getting as many touches on the ball as possible.

Breaking the record will feel even more special for Martin since she spent two seasons playing alongside Fiscus, capped off by a state title in 2018. The two developed a nearly unstoppable connection while posting a 40-5 record, and Martin said she feels a similar bond with Moore in the middle of the Lightning attack.

“We have the chemistry, we can play through practically the entire team very easily,” Martin said. “It’s just really nice to have her by my side and feed each other the ball.”

Moore netted three goals Saturday and could be a threat to what will soon be Martin’s record. The sophomore midfielder finished with 35 goals as a freshman in 2019, the same year Cle Elum’s Grace Terrill broke two Yakima Valley records by scoring 49 times to end her career with 162 goals.

The La Salle duo appears poised to keep scoring under Dills, an assistant for the last five years who took over this season after the dismissal of longtime coach Felix Hernandez. The Lightning also welcomed two West Valley transfers — Izzy Roberts and Cailey Wells — to their starting lineup and junior Magaly Ramirez returned following a year away to anchor La Salle’s defense.

Martin ranks seventh all-time among Yakima Valley goalscorers and could tie East Valley’s Brianne Carmody for third place with 11 more goals during this short eight-game season. She won’t return to her home field at Marquette Stadium until at least March 1 against Granger, following Monday’s game against College Place at Sozo and a road trip to Toppenish next Saturday.

Despite no postseason, Martin said it would be easy to find motivation as she keeps working to earn a scholarship from Gonzaga. She’s been in contact with the Bulldogs’ coaching staff and Dills believes Martin could thrive as a Division I player.

“I think Gillian can play anywhere she chooses to go and she likes Gonzaga,” Dills said. “She likes the school and it would just be a perk to be on that team.”