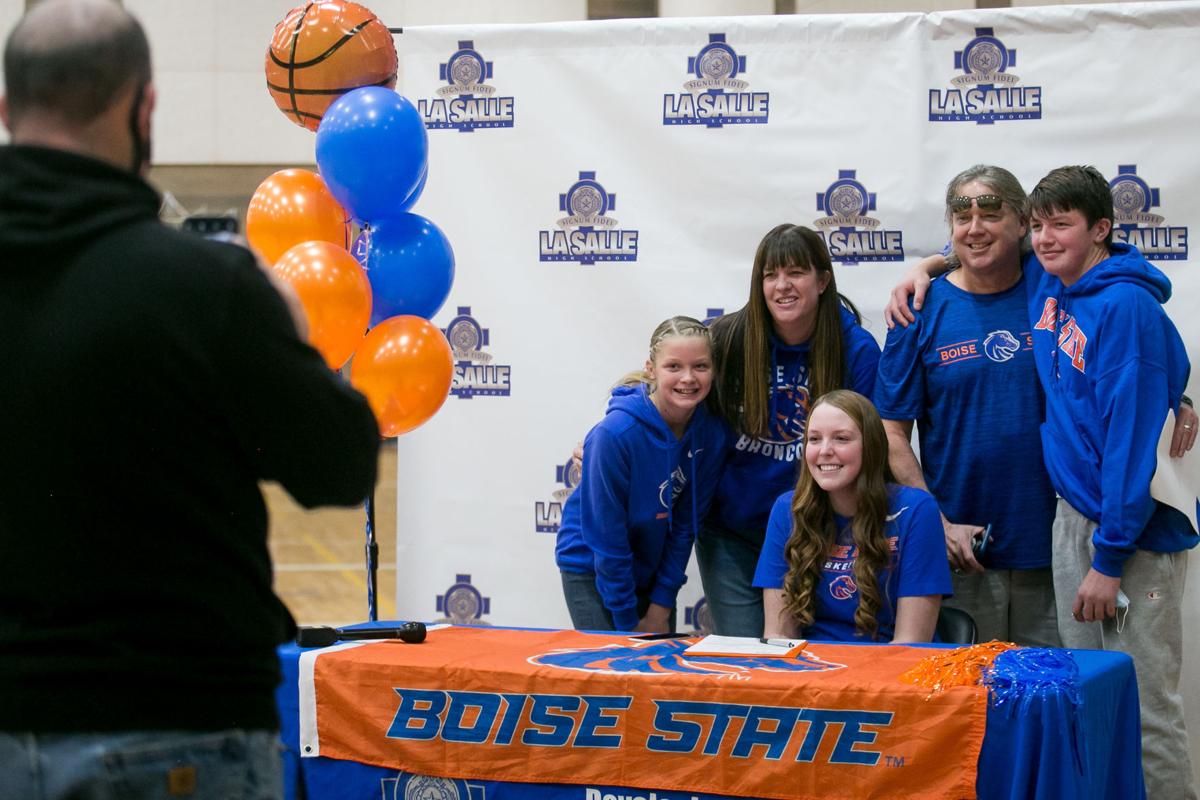 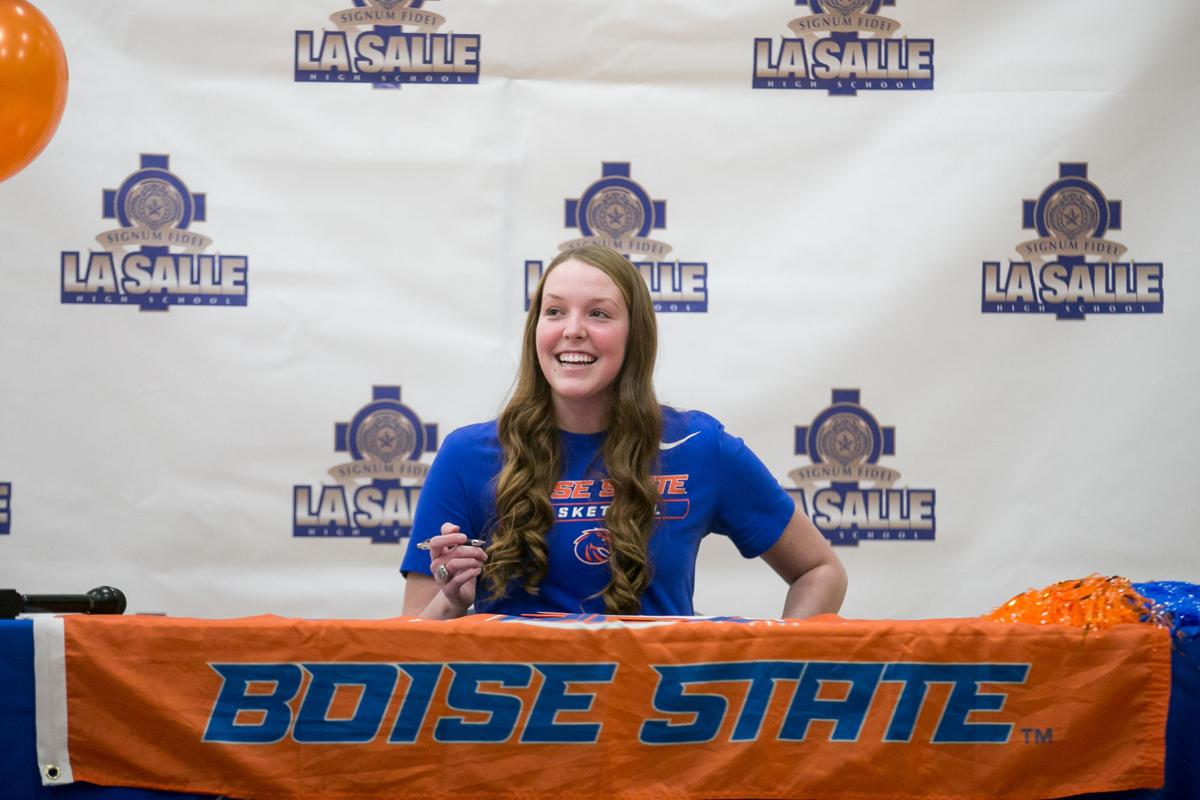 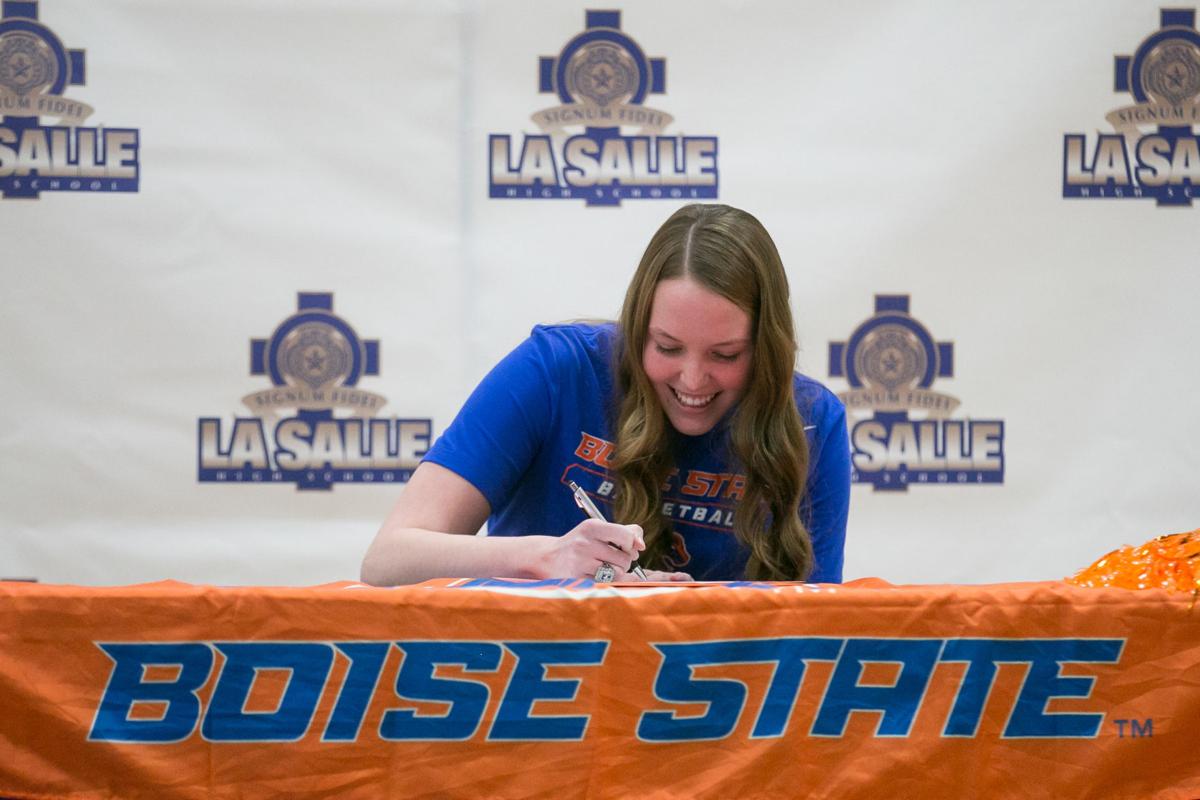 Trista Hull hasn't been able to play basketball for half the year and her La Salle team may not get the high school season its desperately hoping to have this winter.

But on Wednesday afternoon those blues were whisked away by securing her collegiate future.

The 6-foot-2 Hull signed an NCAA Division I letter of intent with Boise State University, which received her verbal commitment in March. The Broncos got their first look through Hull's club team, the Northwest Blazers, and the courtship got underway quickly.

"I really liked the coaching staff and their vision of how they would play me," Hull said. "I've been mostly a power forward for my high school and club teams, but their idea is what's called a trailing post. It's part of an up-tempo offense, which is what we have at La Salle and I love it, and there's more opportunity on the perimeter with shots and screens. I like to sound of that a lot."

Hull, who has collected 960 points and 605 rebounds in three seasons for the Lightning, had her club season cut short in the first tournament of the summer when she suffered a knee injury. She expects to be cleared to play just in time for the Blazers' final tournament in December.

"I really want to be able to play because I've been with those girls for three years and I'd like to have one more time together," she said.

Hull would also obviously like to have one final season with La Salle but pandemic restrictions are making that look less likely with less than two months until the tentative start of practice. She was the SCAC West co-MVP as a sophomore when the Lightning won the Class 1A state title with a 27-0 record and she's played on two other trophy teams.

"We're trying to be optimistic," the two-time first-team all-state selection said, "but it's not looking too good. Hopefully we'll have some kind of season."