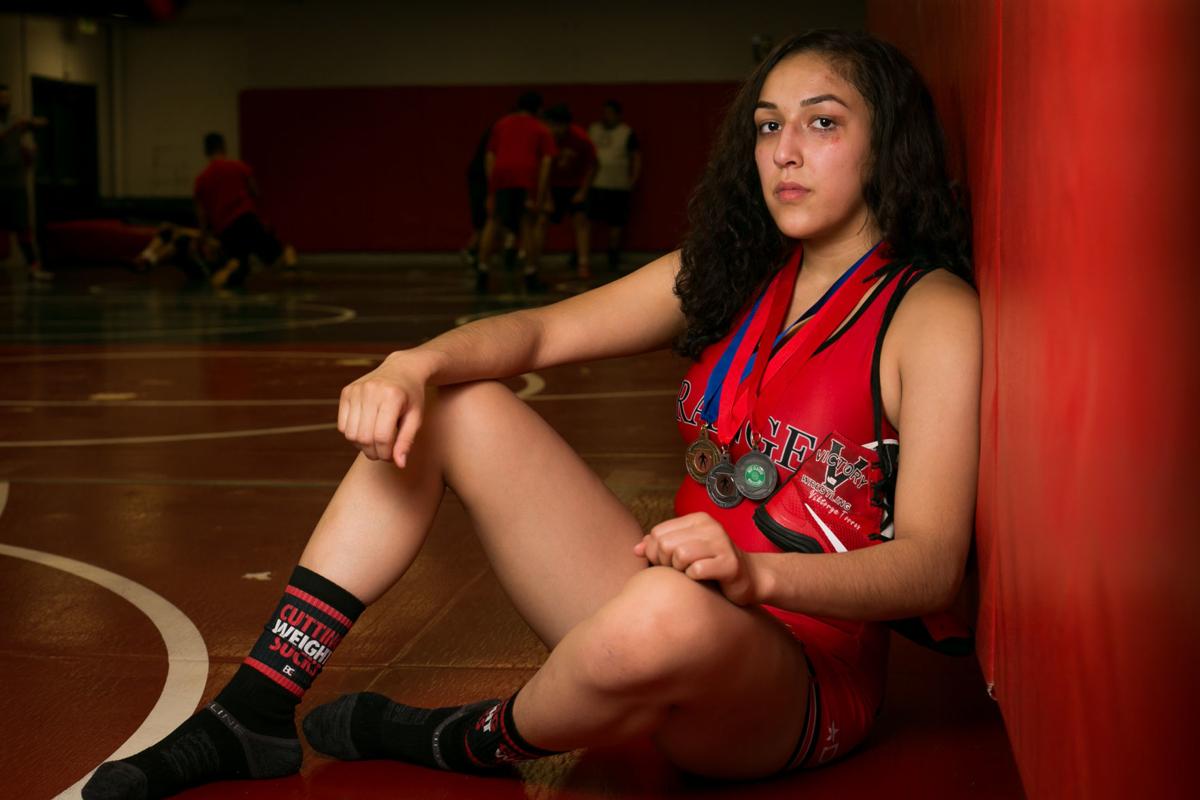 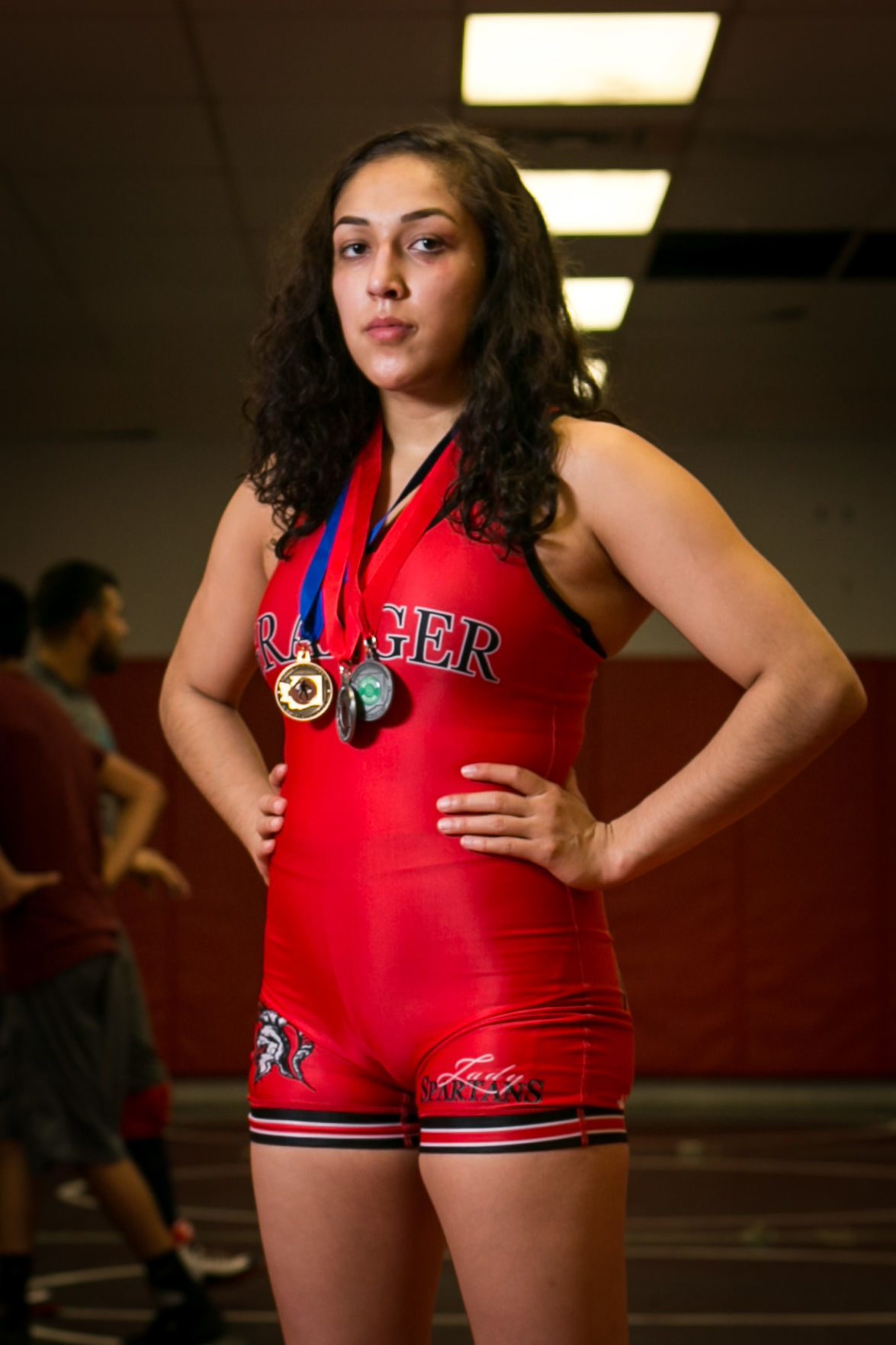 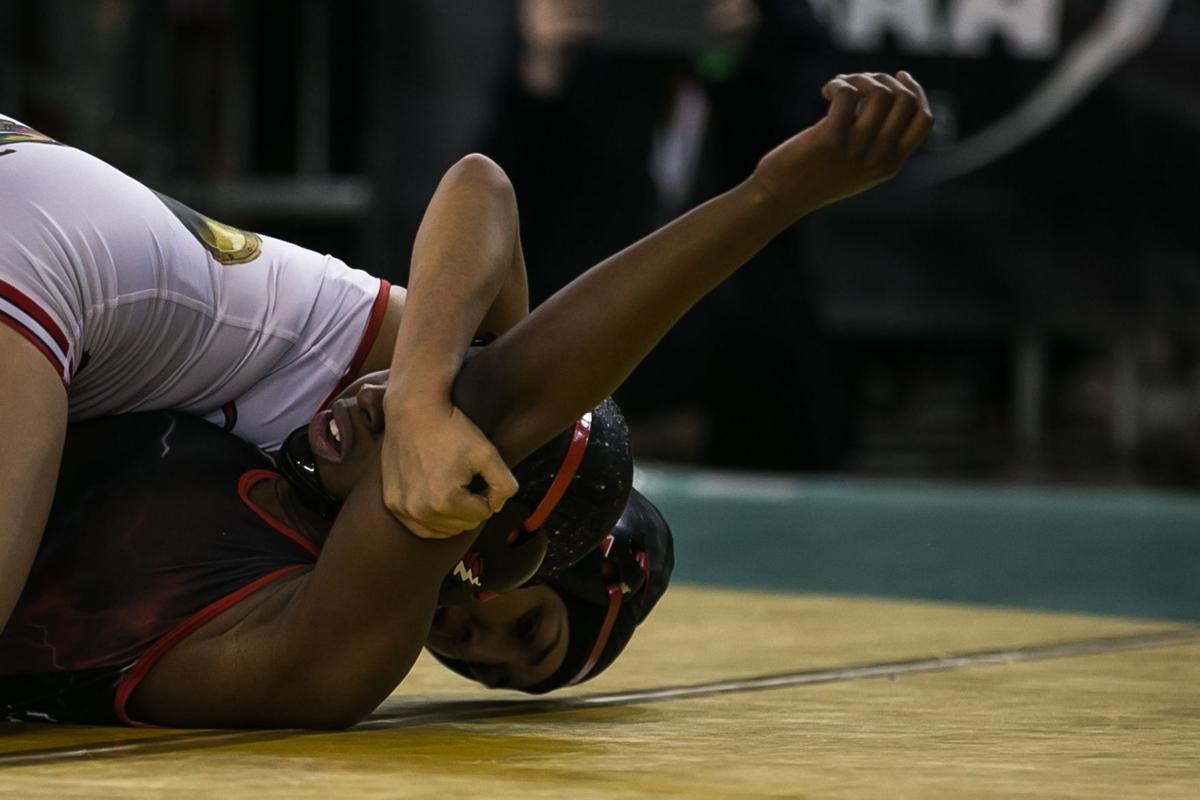 YAKIMA, Wash. — Nobody knows wrestling's grand stage in all the ways that Viktorya Torres does.

It's glory, and it's anguish.

It's pageantry, and it's pain.

Next week in Tacoma, Granger's nationally decorated senior will take aim at reaching the championship finals of Mat Classic for the fourth straight year. For Torres, the spotlight is her turf and she intends to end her high school career the way she started it — as a state champion.

There's a sharpened, determined focus in this final quest, one that seems destined to succeed given her resume. But what Torres has come to realize over these four years is that being a champion and a runner-up is often separated by the thinnest of degrees. Having risen quickly to a state title as a freshman, followed by two second-place medals that were her only losses of the season, she's experienced it all.

"It's been four years and the time is here," said Torres, who will compete in the regional round on Saturday in Othello. "Fingers crossed I'm going to win it. That's the plan, the goal. I don't mind the stress or the pressure of that. Maybe right now, a little, but not when I get there."

When Torres first got there in 2017, she was already a year-round competitor who had earned a third-place medal at Cadet Nationals in Fargo, N.D. So in her first appearance at Mat Classic, it wasn't a great surprise when Torres went 4-0 in the 110-pound bracket and won the title with a 2-0 decision.

"After Fargo, which was the summer after my eighth-grade year, I had the confidence to start thinking, OK, I want to be a four-timer in high school. That's the ultimate goal," she recalled. "When I got that first one it was such a thrill. I was on track."

That state title, while significant, seemed to pale in comparison when Torres then captured the first of two Folkstyle National championships. It was full steam ahead all through her sophomore year, which culminated with advancing to the 115-pound state final against Phoenix Dubose of Yelm.

Torres quickly took Dubose down and had her on her back, bolting to a 5-0 lead and on the brink of a pin.

"I remember getting a little frustrated, looking at the ref and thinking, 'Oh my gosh, can you call it already?," she said, able to laugh about it years later. "I really thought I had it."

Torres decided to change positions, and in that flash of a moment Dubose reversed her and exposed her back for near-fall points, tying the match 5-5. Dubose, a two-time state champion with a Fargo resume as well, eventually prevailed 7-5.

"I had beaten her before and after that, but she got me that night and I accepted that. I shook her hand — it's wrestling and tough competition and you deal with it," she said. "It was later, maybe 10 minutes off the mat, when I realized I lost my four state titles. That's when I broke down a little."

A year ago, for her junior season, Torres moved up four weight classes to 135 and handled it very well, building another undefeated record heading into her third Mat Classic finals. She ran into another nationally accomplished junior in Allison Blaine of Hudson's Bay and fell 5-1.

This time the sting reached further, beyond the Tacoma Dome.

"Just like my sophomore year, it hit me probably 10 minutes later. Then I realized I lost — again," she reflected with a wince. "What hurt most, I guess, is that I've been to all these national events, made finals and done really well. But how can you truly see yourself as a national-caliber wrestler if you can't even win your state tournament?"

Where Torres could go a little easier on herself is knowing how loaded this state is in girls wrestling. In the most recent national rankings, Washington had four in the top 15 at 132 pounds — Blaine at No. 5 and Torres at No. 6 followed by Union's Riley Aamold (13) and Federal Way's London Houston (14).

The question was which weights would these girls choose for the postseason? For Torres, she realized over a month ago she would not return at 135 but would instead cut to 130. And it wasn't to avoid Blaine, who's responsible for the lone loss on Torres' 19-1 record this season.

"First of all it was getting too easy to make weight at 135. I wanted to be more fit, to feel quicker," she said. "The next thing was, I went to Dallas for the Olympic Trials qualifier and wrestled college girls at 136. I quickly realized I shouldn't be at that weight. To compete in college, I need to be lighter."

So there will be no rematch with Blaine, who seeks a third title at 135, but 130 still presents a possible finals matchup with Houston, who won last year's 125 state title. Whatever happens, Torres views a final trip to Mat Classic as a major milestone but also just another step along the way. A full-time Running Start student closing in on her Associate of Arts degree, she's always looking ahead.

"I'm not the strongest and I'm not the fastest," she freely admitted. "But I have plenty of technique, which I have a lot of confidence in, and I thrive on mental toughness. That's my strength and I want to show that. I'm still climbing the ladder and there's more for me beyond high school, but I am excited for one last state tournament. I want to finish on top."