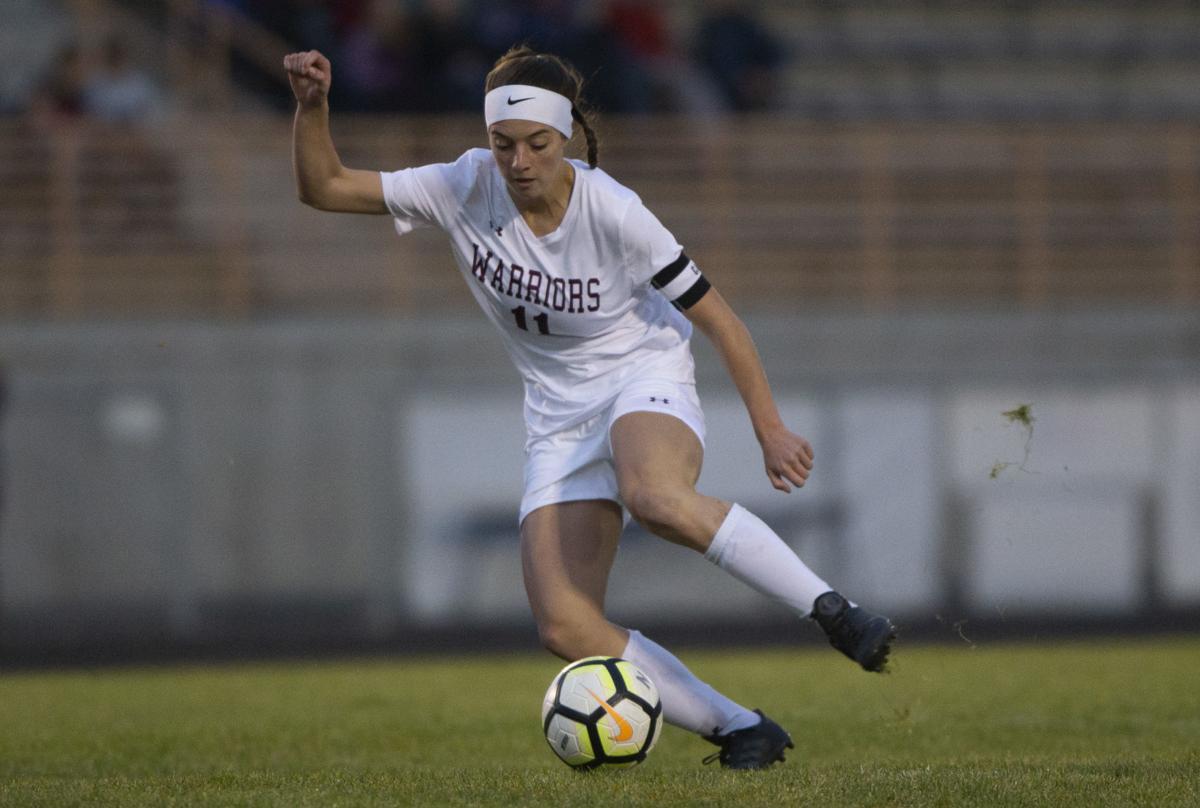 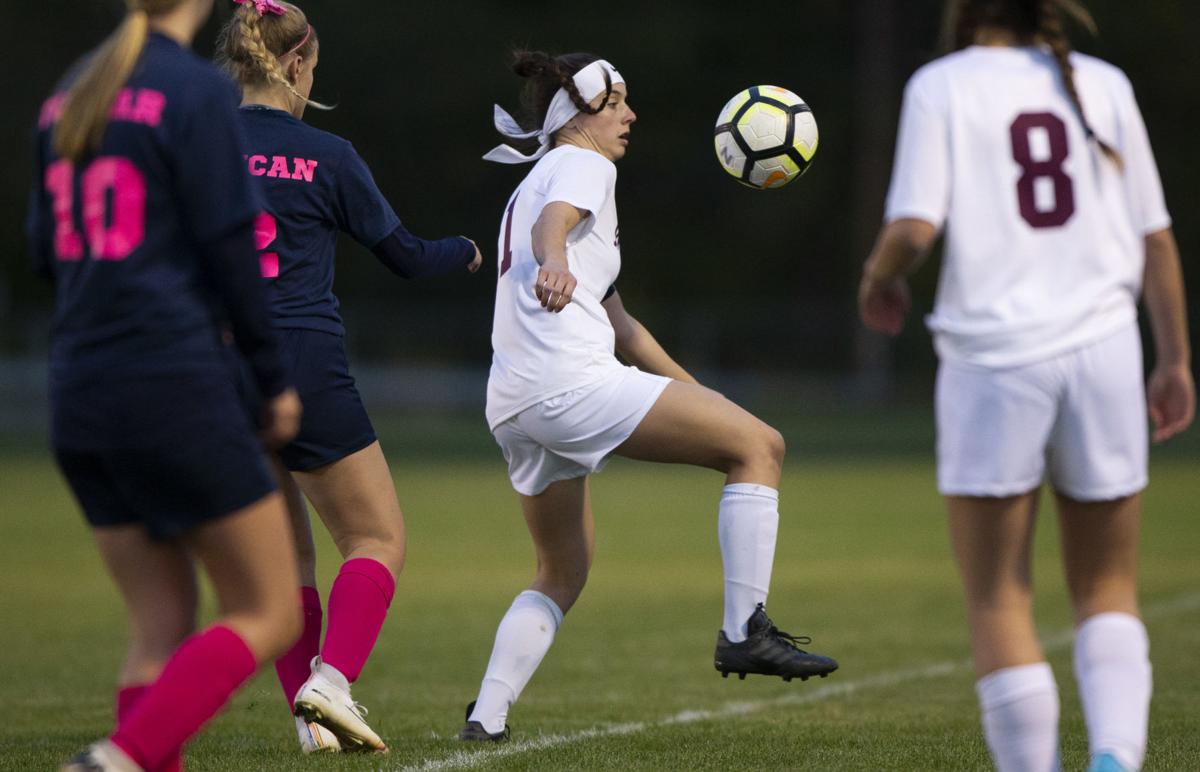 NACHES — The best goalscorers don't need much space to leave their mark on a match.

With a quick turn and another touch to beat a defender, Cle Elum's Grace Terrill created the opening to do what she'd done so many times before midway through the first half at Naches Valley on Thursday night. A low, right-footed blast snuck inside the near post and gave Terrill her 152nd career goal, more than any other high school soccer player Yakima Valley history.

That accomplishment hardly warranted any celebration for Terrill, who quickly turned her focus to giving the Warriors a lead after the game-tying goal. Thanks to her Central Washington Sounders coach she knew about the record previously held by Prosser's Helen Peterson, but she expects to appreciate it more after the season ends.

"I'm excited and happy that I beat it, but we've got to get to districts and state," Terrill said. "That's more important right now."

Cle Elum took another step towards that goal with a 4-1 win featuring goals by four different players after falling behind 1-0 early on a goal by Naches Valley's Reese Washburn. When Terrill beat a defender on the left side of the box in the second half she chose not to shoot from a tough angle, instead sending a cross to Anna Lashua for an easy finish to put the Warriors ahead.

Second-year coach Maddie Fletcher said it's not unusual for Terrill to set up her teammates, something she's done quite often while racking up more than 70 assists. Terrill also moved back from her offensive midfield position to help the defense maintain its lead, a responsibility Fletcher said Terrill or fellow senior Jackson will often take on when necessary.

"They will feed (their teammates) as best they can so everyone's on that same energy level and that same excitement and adrenaline," Fletcher said. "(Terrill) does really well in trying to build up every other player on the field, whether it's defensively communicating with them and trying to show them stuff or whether it's working with our young players," Fletcher said.

When facing tougher competition Terrill's more likely to shoulder the scoring load, as she did with a hat trick in a first-round state loss to Deer Park last season. She's also scored three goals in seven losses to perennial SCAC West champion La Salle, which Cle Elum will face at least one more time next Thursday at home.

Terrill knows she wouldn't be the Yakima Valley's new scoring leader without Jackson, a Central Washington commit who scored her 26th goal of the season in the second half. The two connect often and set the tone as leaders of a young squad.

"She's a really great teammate and I'm really glad that we got to come up together," Terrill said. "From kindergarten all the way through high school, it's been really fun."

Naches Valley's defense took the same physical, wary approach against Terrill that she's seen since bursting into the league her freshman year with 44 goals. After scoring 35 as a sophomore and 34 last season, Terrill could be poised for her highest total yet with 39 goals and three regular season matches to play, in addition to the playoffs.

It's difficult to stop Terrill when she's proven she can score with the right foot, the left foot, or — her personal favorite — the head off of crosses, typically from Jackson. Even the state record of 166 goals set in 1999 by Seattle Christian star and Washington standout Melissa Bennett doesn't seem quite out reach, particularly if Cle Elum can make a deep postseason run.

When it's over Terrill will continue her career at Eastern Washington, which she committed to the day before her 16th birthday in fall 2017 over offers from Idaho and Central Washington. She hopes to keep scoring goals as a striker for the Eagles and Fletcher, a former goalkeeper at Central Washington, said Terrill's ready for the difficult transition from 1A to Division I.

"Everything changes when that becomes your life because it is your job now," Fletcher said. "I think she'll do phenomenally if she just sticks with the mentality she has here."