You are the owner of this article.
Edit Article Add New Article
You have permission to edit this article.
Edit
Home
News
Bottom Line
Sports
SCENE
Photos & Video
Opinion
Obituaries
Unleashed
Classifieds
The Vanished
1 of 8 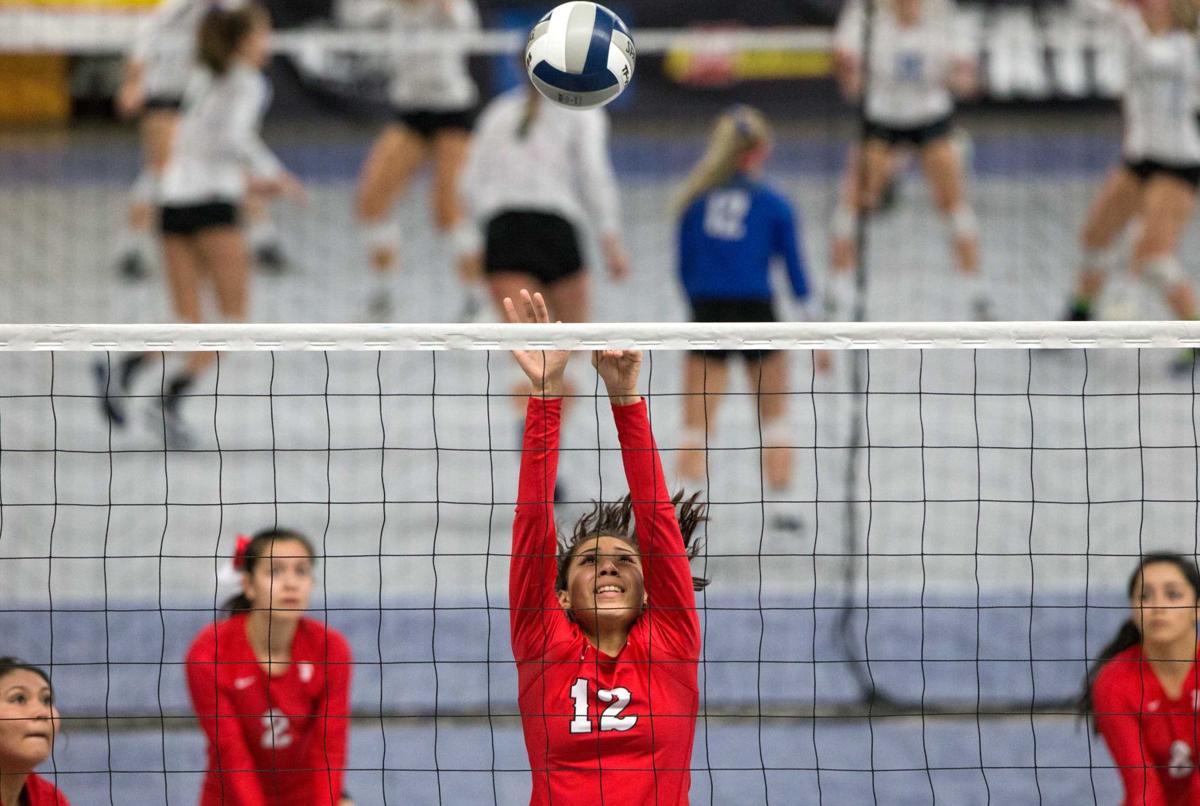 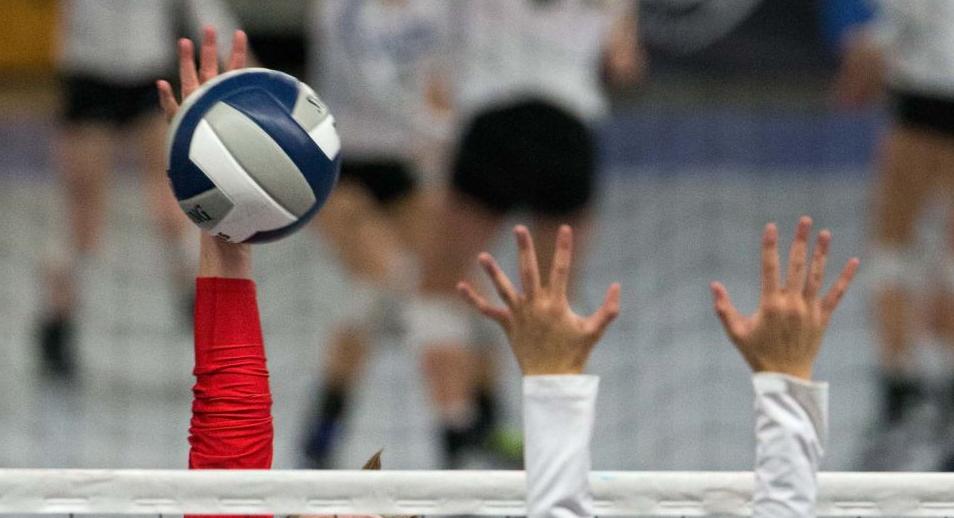 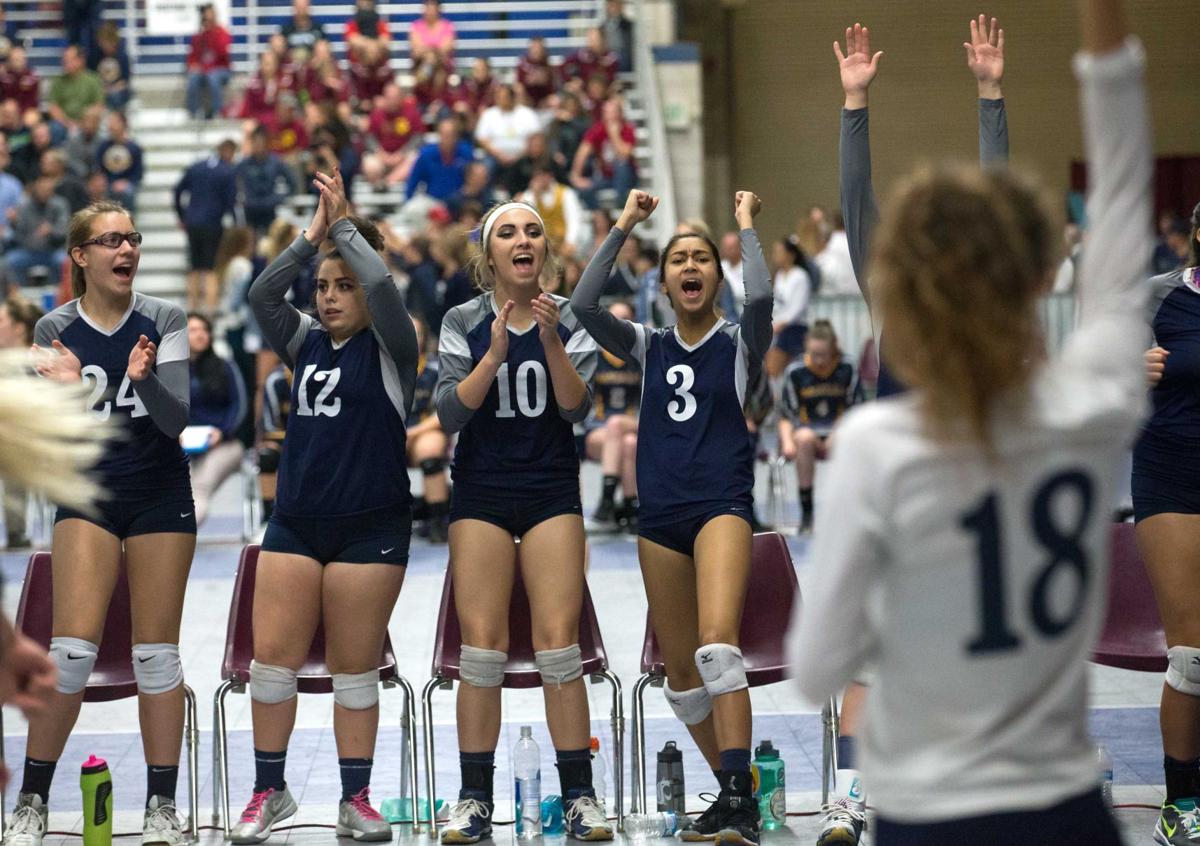 Naches players celebrate after scoring a point during a game against Montesano at the Sundome in Yakima, Wash., Saturday, Nov. 12, 2016. Naches defeated Montesano 3-1. (SOFIA JARAMILLO/Yakima Herald-Republic) 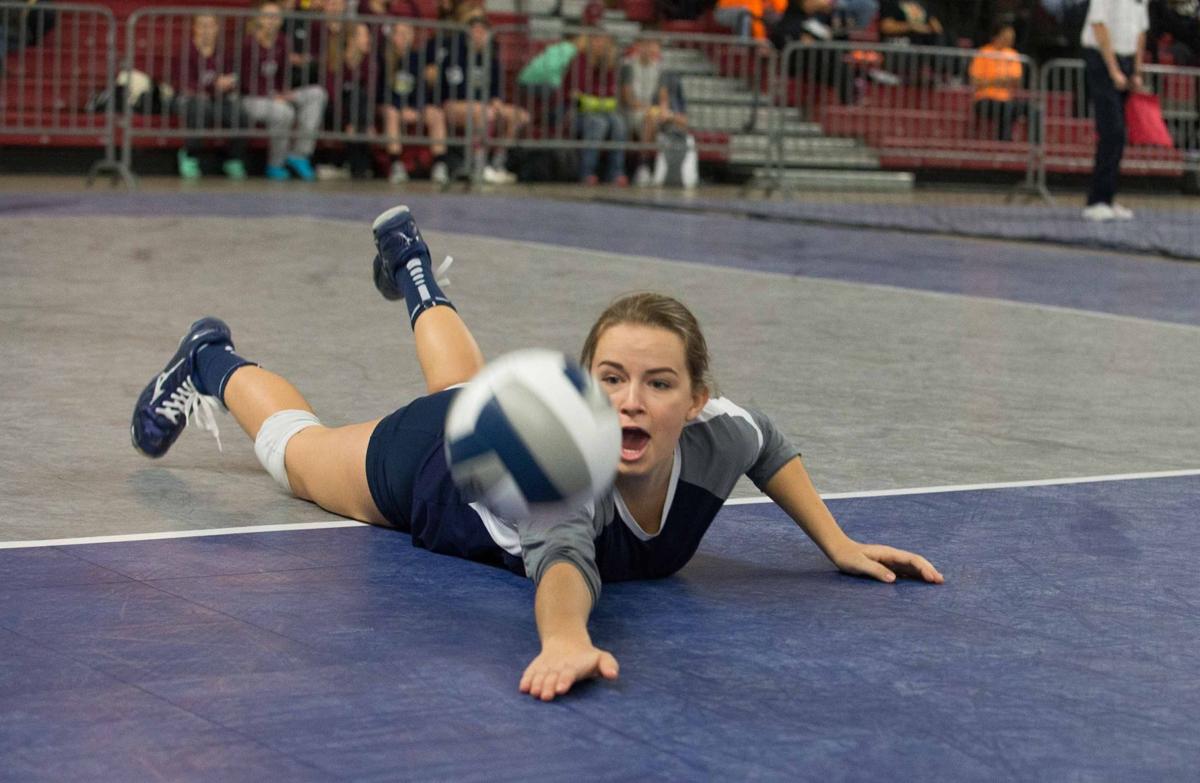 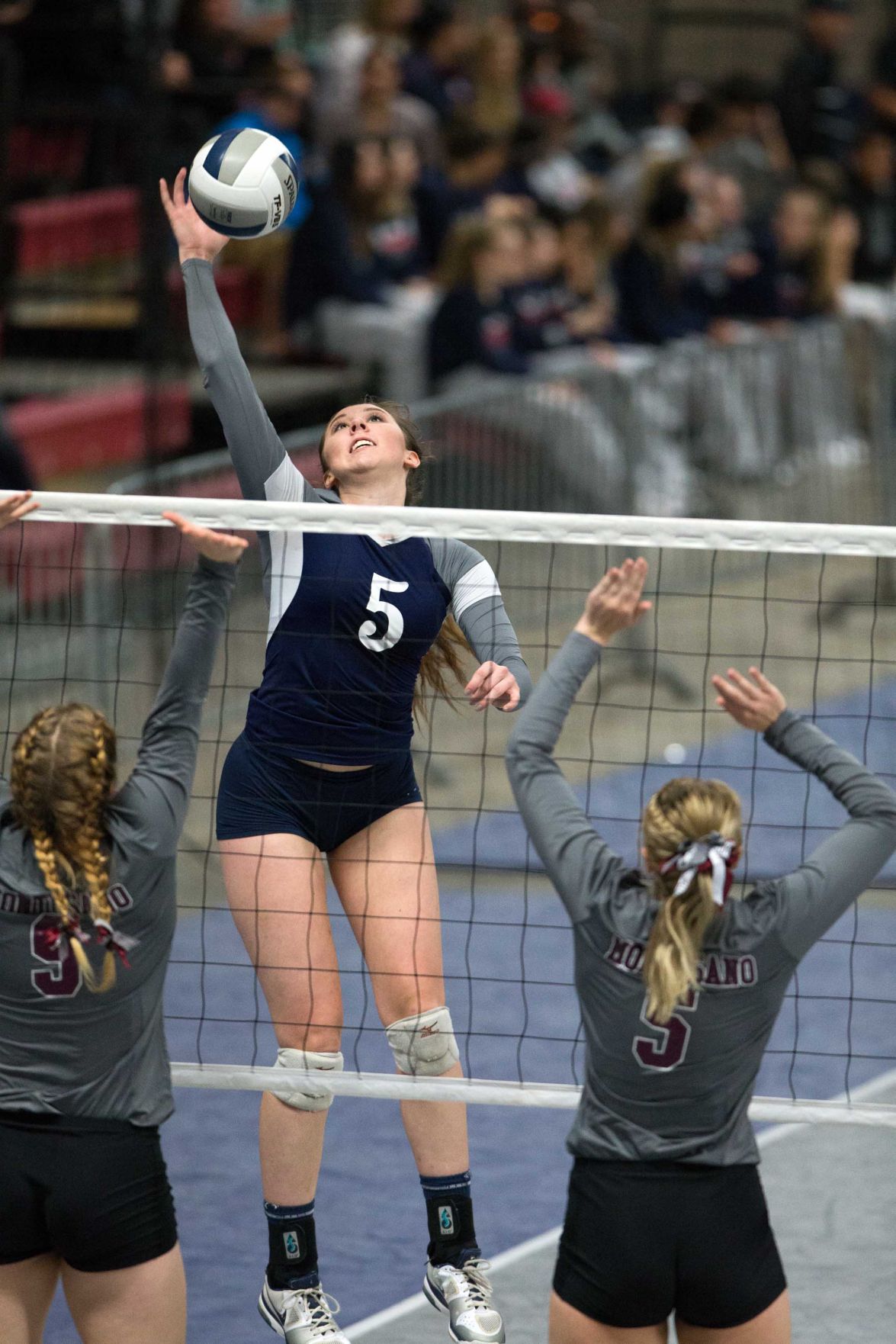 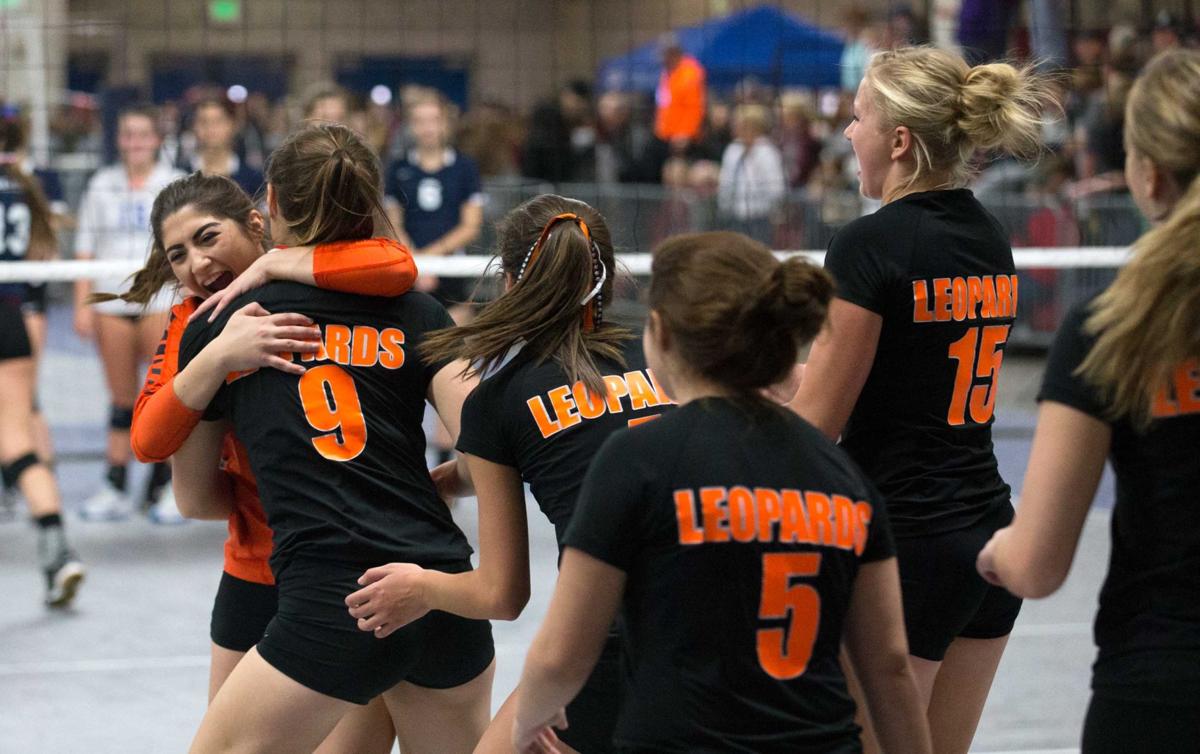 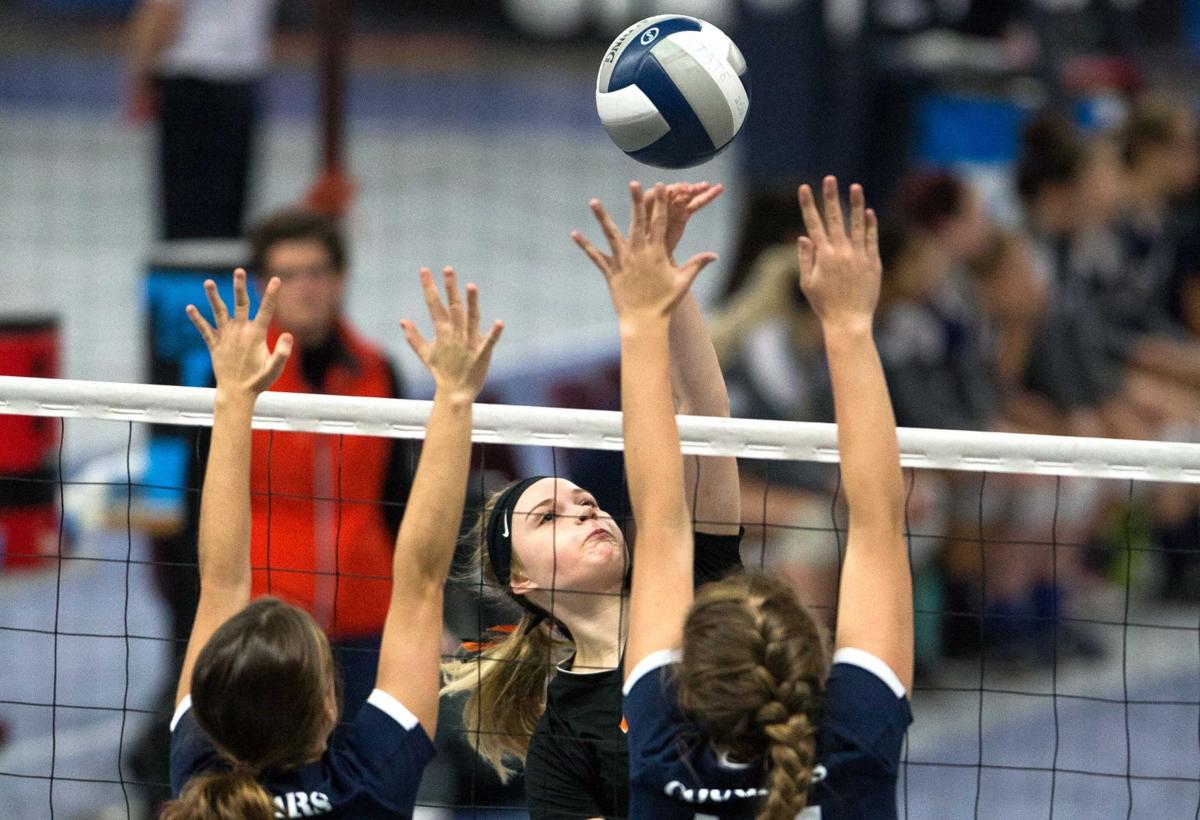 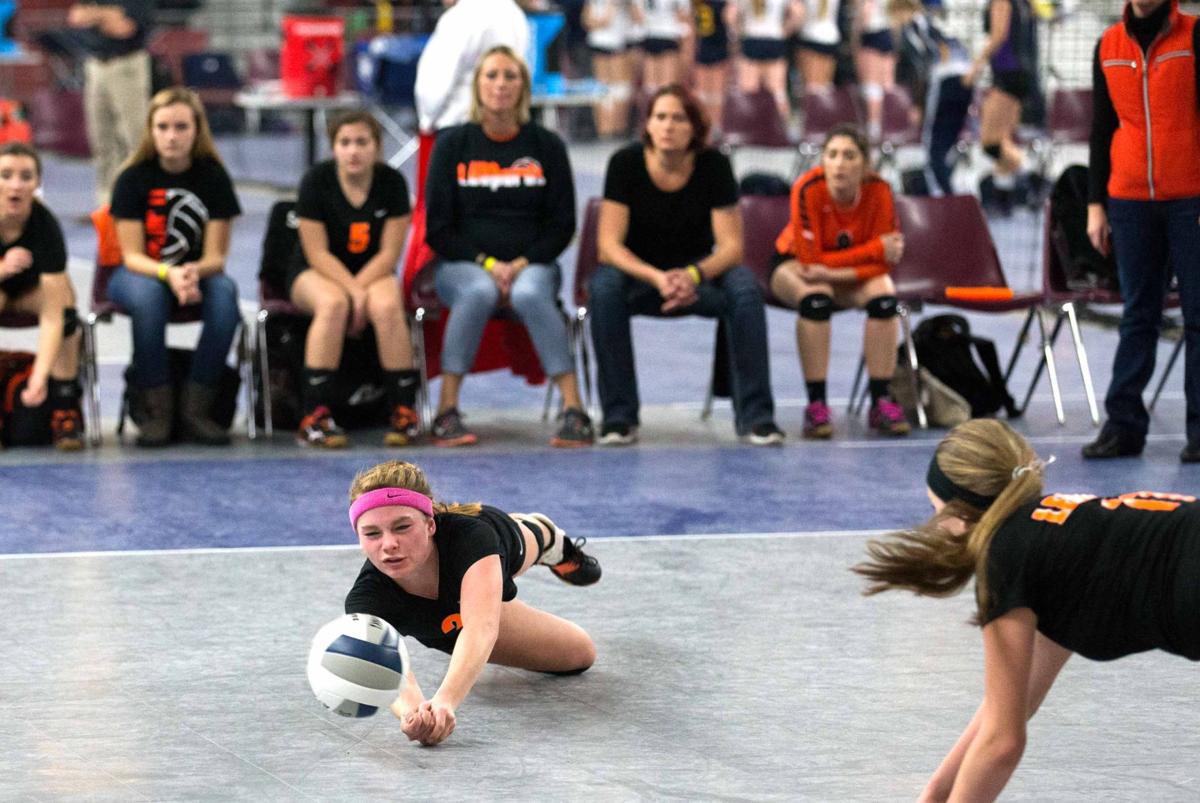 Naches players celebrate after scoring a point during a game against Montesano at the Sundome in Yakima, Wash., Saturday, Nov. 12, 2016. Naches defeated Montesano 3-1. (SOFIA JARAMILLO/Yakima Herald-Republic)

If there was one characteristic all three SCAC West teams shared at this year’s Class 1A state volleyball tournament it was a no-quit attitude.

Whether it was overcoming a first-round loss or shaking off a resounding semifinal defeat, Granger, Naches Valley and Zillah all displayed a determination to put those setbacks behind them and keep driving forward.

That mind-set paid off in a remarkable two days in the SunDome as all three went home with hardware — Granger claiming a school-best third place trophy, Naches Valley a seventh and Zillah an eighth.

“We wanted a trophy so much. We decided to never settle and to go down swinging,” Granger standout Mayu Molina said of her team but a sentiment shared by the Spartans’ league rivals.

Granger’s grit was never on better display than in the third game as they ripped off the final six points to erase a 24-20 deficit.

“It mattered. It really mattered to them,” Granger coach Lacey Martin said of finishing third. “They didn’t settle for just getting a trophy. I’m so happy for them.”

“We just said don’t let up, keep pushing,” Molina said. “We were fighting for every point.”

“After the first couple of plays (against Montesano), I went, ‘Whew, this is the team I know,” Rangers coach Sherri Partlow said. “I could see the confidence in them today.”

None more so than Swart, who dominated with 77 kills for the day, including 44 against Zillah.

“We had the determination to keep playing. We wanted it,” Swart said.

“We weren’t going to lose today and she made sure of it,” Partlow said of Swart, adding that the entire team followed right along with the senior leader. “This is why I love my job. I work with the best girls in the world.”

Despite coming up short against Naches Valley, Zillah coach Wendy Ellis had similar feelings about her team, particularly the five seniors who helped the Leopards break a three-year state absence and 10-year trophy drought.

“You work all season to play that last match and they can hold their heads up because they finished strong,” she said. “They’re pretty proud in there (the locker room).”