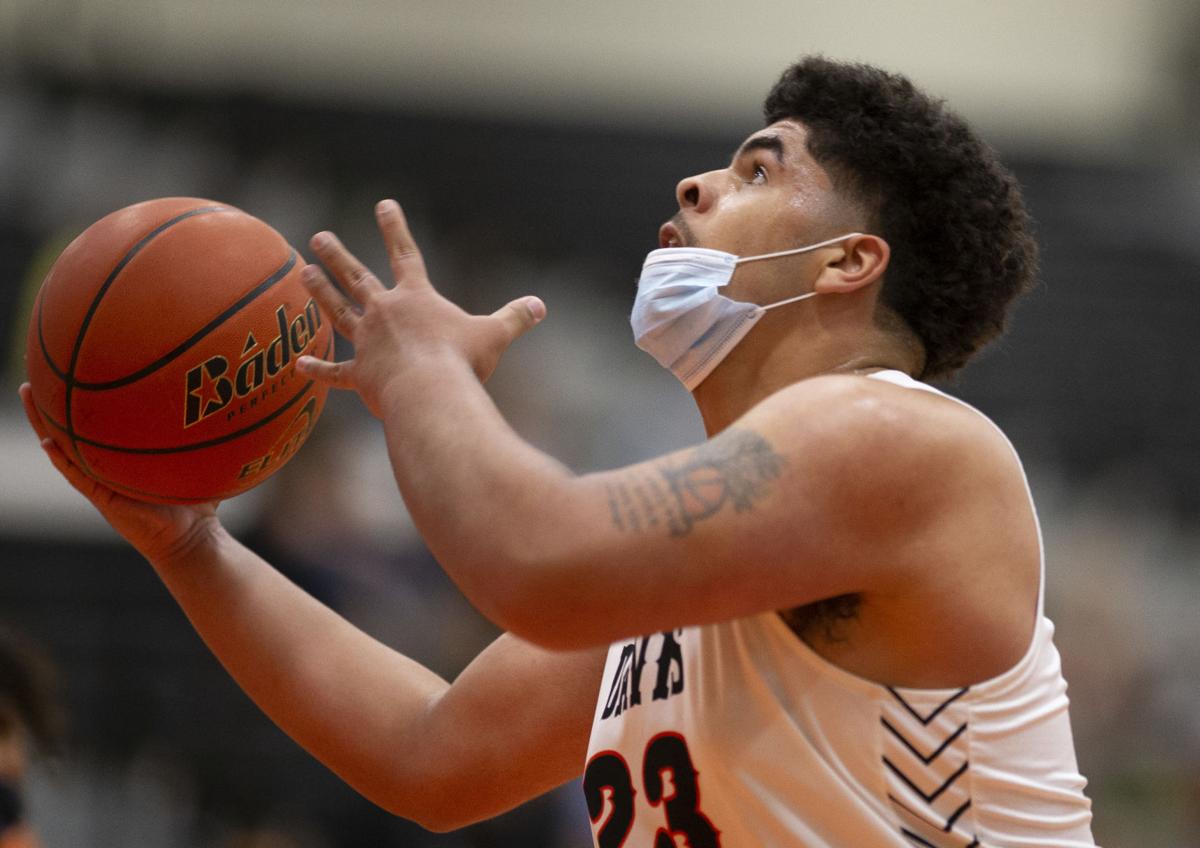 Davis’ Dhantaye Bennett-Joe goes up for a shot during a May game against Eisenhower at Davis High School. 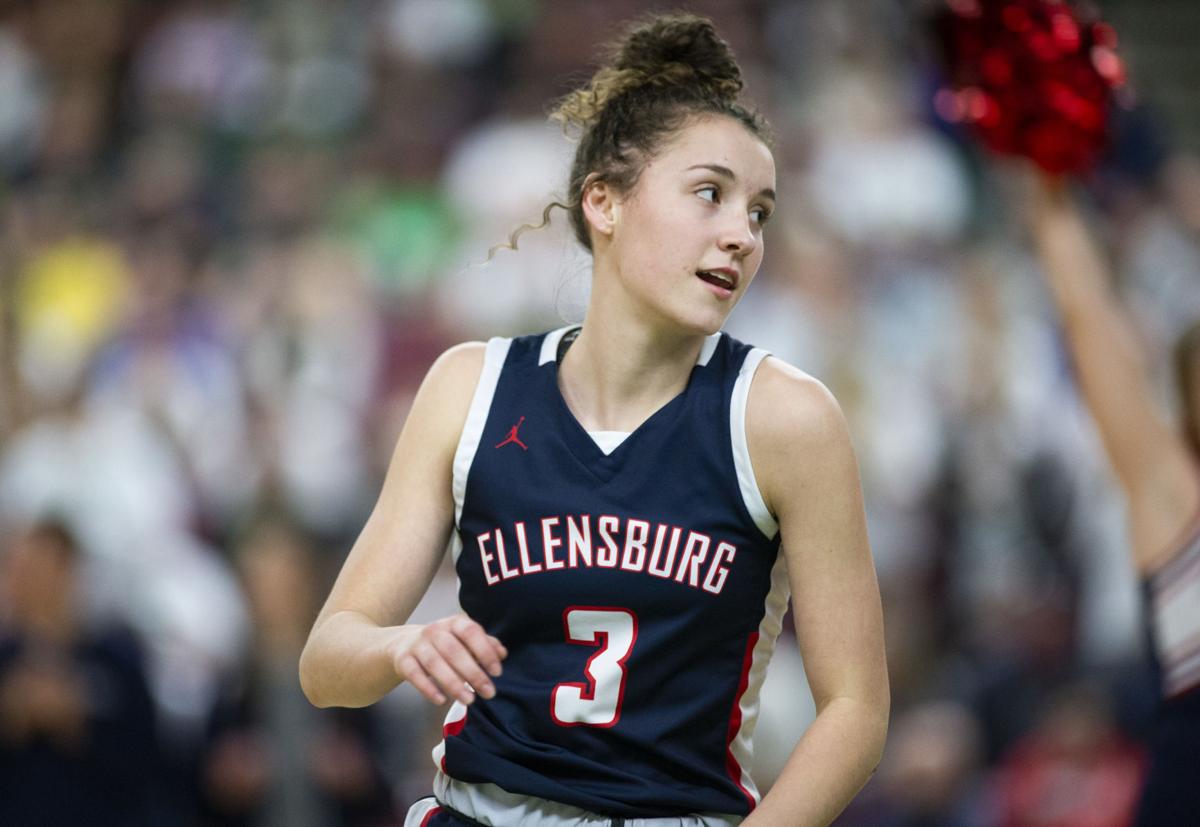 Ellensburg’s Dylan Philip during a 2020 Class 2A state tournament game against Lynden in the SunDome. 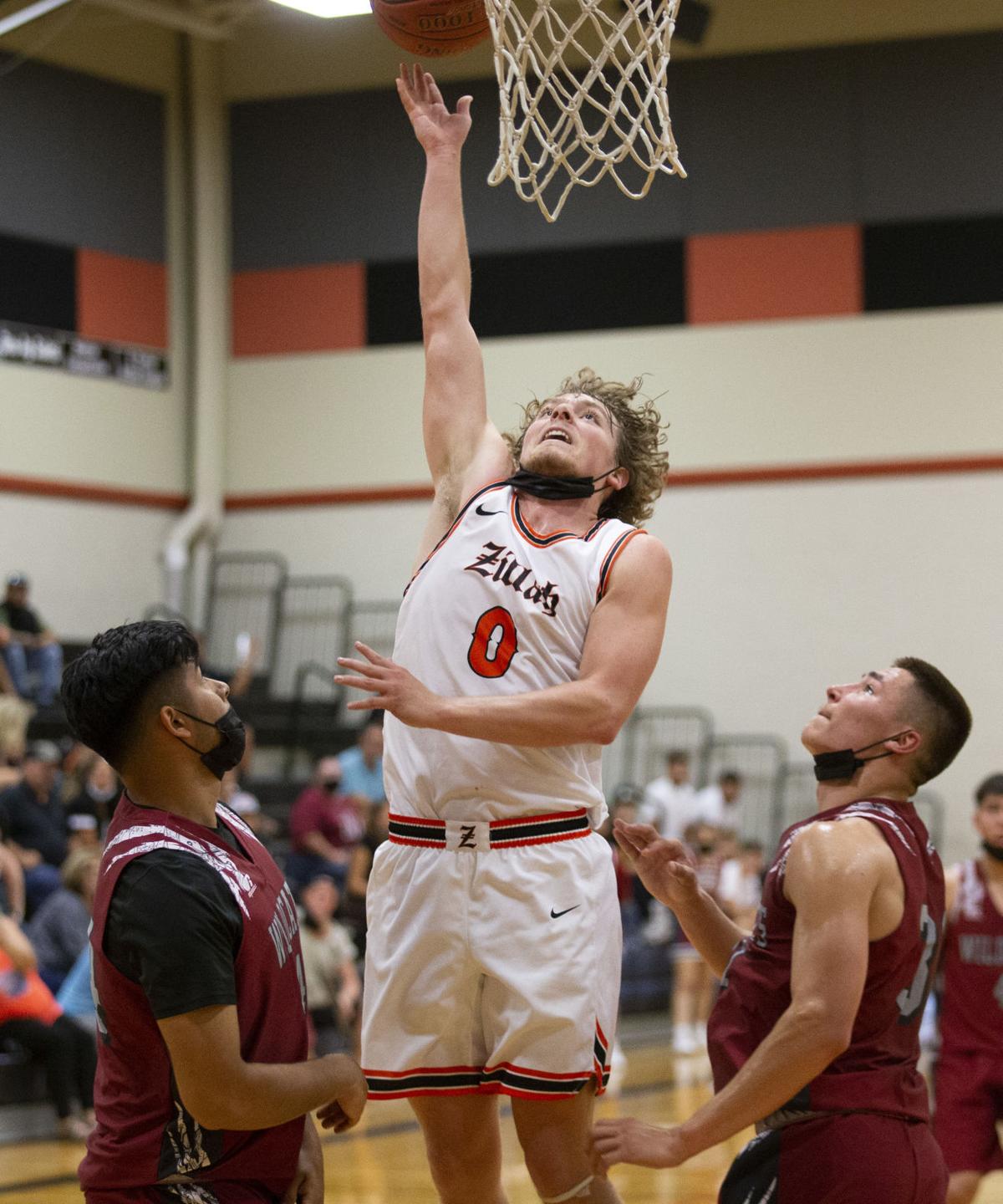 Zillah’s Clay Delp goes up for a shot against Toppenish during a SCAC West game last June in Zillah.

Davis’ Dhantaye Bennett-Joe goes up for a shot during a May game against Eisenhower at Davis High School.

Ellensburg’s Dylan Philip during a 2020 Class 2A state tournament game against Lynden in the SunDome.

Zillah’s Clay Delp goes up for a shot against Toppenish during a SCAC West game last June in Zillah.

• After starting three freshmen last season, Davis’ boys have another standout ninth-grader — 6-foot-1 guard Cesar Hernandez, who scored a game-high 20 points in Tuesday’s 85-52 win over Hermiston. Dhantaye Bennett-Joe, who was the only freshman on the all-CBBN team in 2019, is now a 6-foot-6 senior and he netted 16 points on Tuesday and hit two of the Pirates’ eight 3-pointers. On Friday, Davis has a trip to Kamiakin, which was 15-1 during the spring season. CBBN play starts Dec. 17.

• Ellensburg’s girls, who were 34-5 over the last two seasons with relatively young teams, have charged out of the gate with a pair of huge home wins over Eastmont (70-15) and Wenatchee (79-15) and they’re not even at full strength yet. The CBBN will get a better idea how good the Bulldogs are before the CWAC does. After games against Sammamish on Saturday and La Salle on Tuesday, Ellensburg will take on Moses Lake and West Valley. CWAC play opens Dec. 17.

• Two teams that sorely missed having a Class 1A boys state tournament last season — Zillah and Cashmere — will meet on Saturday in Zillah. The Leopards, who were 14-1 in the spring with the lone loss to 2A Prosser, return SCAC player of the year Clay Delp along with all-leaguers Luke Navarre and Ashton Waldman. Cashmere was 12-0 in the spring. Zillah will take a quick preseason spin through the CWAC, facing Selah, Prosser and Grandview, and then take on Port Angeles and Burlington-Edison in its annual SunDome Shootout on Dec. 28-29.

• Selah’s girls have some changes both new and not so new. Jonathan Huggins has taken over as head coach for Rick Hartman, who’s now the boys coach at Naches Valley. The Vikings return 2020 CWAC MVP Kylie Sherman, who took the delayed pandemic season off. Sherman averaged 20 points a game as a freshman. Huggins’ hire is the only coaching change in the CWAC.

• When Jon Kinloch stepped down as West Valley’s boys coach after 11 seasons, the program had produced three straight CBBN league titles with a 28-2 record. The cupboard is not bare for new coach Tyson Whitfield, who has veteran all-leaguers Jackson Cluff and Hunter Schlepp among his eight seniors and promising new talent. Junior Demetreus Sadeddin led Tuesday’s 74-39 win over Southridge with 22 points and eight rebounds, and freshman Landen Birley contributed 12 points.

A reminder to all, with earlier print deadlines we are posting our daily roundups with box scores and highlights at www.yakimaherald/sports.