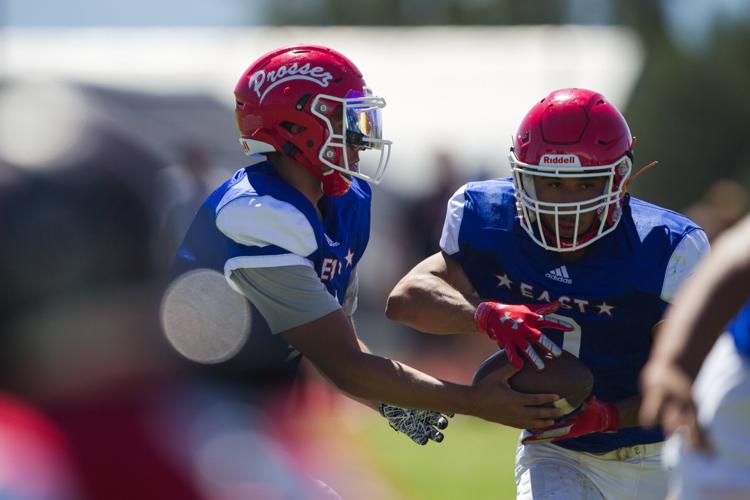 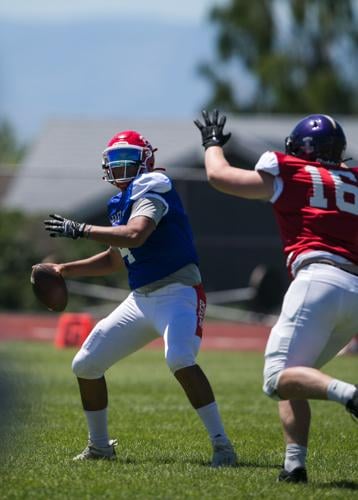 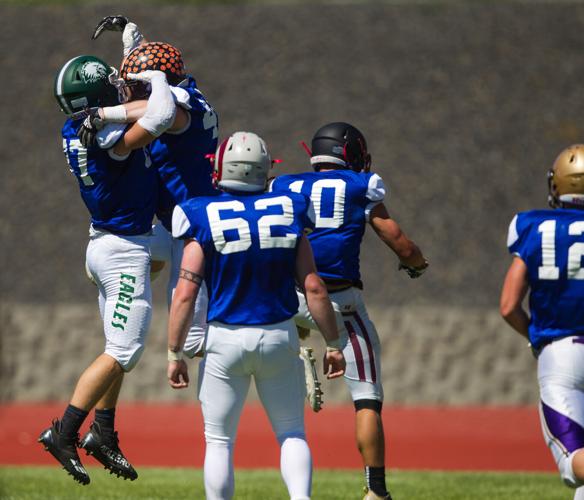 The East defense reacts to a play during Saturday’s Earl Barden Classic. 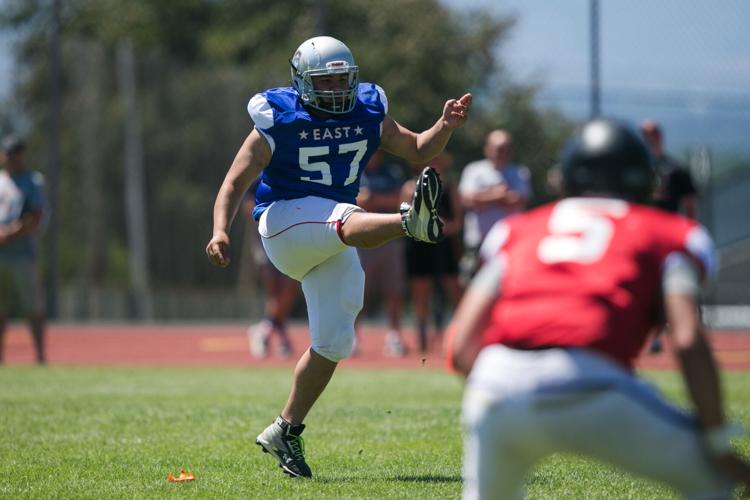 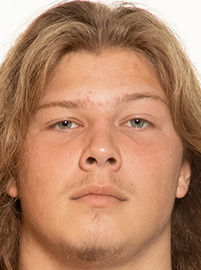 The East defense reacts to a play during Saturday’s Earl Barden Classic.

After Zane Delp’s first smothering sack, the East’s sideline erupted in whoops and hollers and teammate Jacob Hurlbert broke from the crowd, lowered into a crouch for a respectful flex and called out: “He’s just too big. Oh man, he’s just too big.”

And so it was all afternoon for Delp and the entire East squad.

Zillah’s 6-foot-4, 250-pound bull rusher recorded three more sacks, forced a fumble and was named defensive MVP as the East crew took on big contributions from all 13 seniors from the Valley in a 36-12 victory over the West at the 26th annual Earl Barden Classic all-star football game at East Valley.

Braydon Flood, Delp’s teammate from Zillah, returned a fumble 40 yards for a touchdown, Toppenish’s Jason Grant had one of the team’s two interceptions, and Naches Valley’s Grant Osborn forced the fumble that Flood converted into his scoop-and-score. The East forced two three-and-outs and had seven tackles for a loss.

“What a great way to go out, wearing my Zillah helmet for the last time,” said Delp, who’s headed to Eastern Oregon. “After COVID it was tough getting back into it. But I just got a mindset that, OK, get the helmet back on and go out there and be the best. This was such a great week. It started out as nothing but really tiring, but it ended as this wonderful thing with these guys.”

As Delp created all sorts of trouble, especially as the West fell further behind and had to rely exclusively on a passing game, Flood patrolled from his middle linebacker position and enjoyed every minute of it. Particularly showing off his running back skills on that fumble return.

“I was just reading and reacting to everything,” said the Montana Western-bound Flood, the SCAC West’s defensive MVP last season. “This was a great team to play for because everybody just loves the game and loves to play hard. It was fun, too, with the fumble. I just reached down, grabbed the ball and ran for daylight. That was a first for me.”

The East defense got two of its four takeaways on the West’s first two possessions, and Grant’s pick set up the first score of the game.

Oh, yeah, the East played a fair bit of offense as well.

Lakeside’s Dawson Tobeck punched in the first two scores — an 11-yard run off a reverse followed by a 38-yard strike from King’s quarterback Hayden Teeter on the first play of the second quarter. Tobeck was the East’s offensive MVP.

After Teeter took the helm in the first quarter, it was Kaiden Rivera’s turn and Prosser’s three-year ace was perfect right off the bench, completing 5 of 5 passes for 88 yards with a 24-yard touchdown to Royal’s Derek Bergeson.

Running in all three conversions, the East was quickly up 24-0.

With the planned rotation with Teeter and all-star rules designed to help the trailing team rally in the second half, Rivera didn’t get many snaps. Teeter completed 14 of 25 passes for 233 yards over five possessions in the first and third periods. Rivera basically got his one scoring drive in the second quarter and one opportunity in the final period.

Nevertheless, the East racked up 321 yards in the air with Tobeck hauling in eight catches for 156 yards — nearly a Barden record — and Bergeson snagging seven for 119 yards.

North Kitsap’s Colton Bower, a WSU baseball recruit who’s playing in the All-State Series at Parker Faller Field on Sunday, was the West’s lone quarterback and while he was sacked six times he did manage to throw for 217 yards and two touchdowns to Bremerton’s Junior Newman.

Barden coaches had two other sets of awards with Teeter and Bower receiving the All-Star honors in memory of Bill Alexander, the founder and caretaker of the Classic who passed away earlier this year.

Toledo’s Wyatt Nef was the recipient of the West’s most inspirational award, which embraces not only the game but the whole week. For the East, who else?

Selah's Michael Ray pivots from lacrosse to football for college

A three-sport athlete since his earliest days, Michael Ray knew he would have to choose just one for college. Heading into his busy senior yea…

Man arrested in connection with stabbing in Moxee