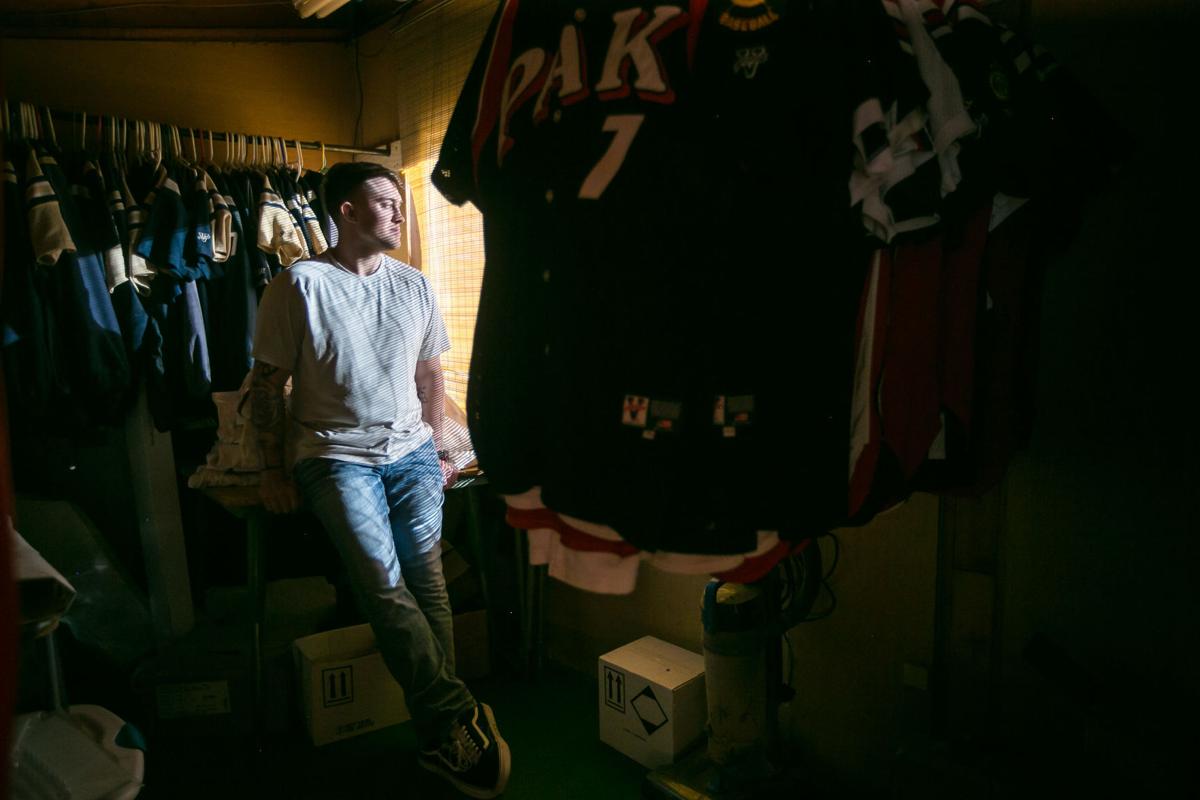 Mason Hall, a former Selah baseball player and host of the Loaded Bases podcast, poses for a portrait March 17 at Carlon Park in Selah. 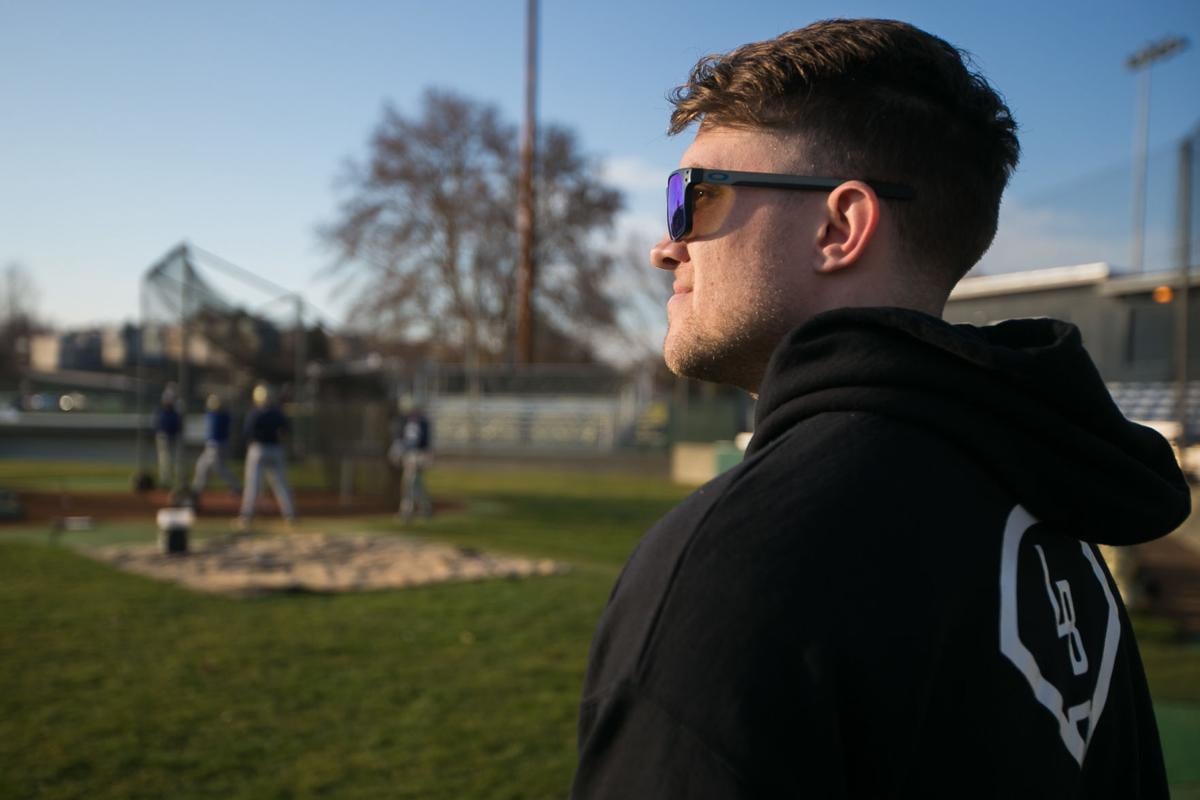 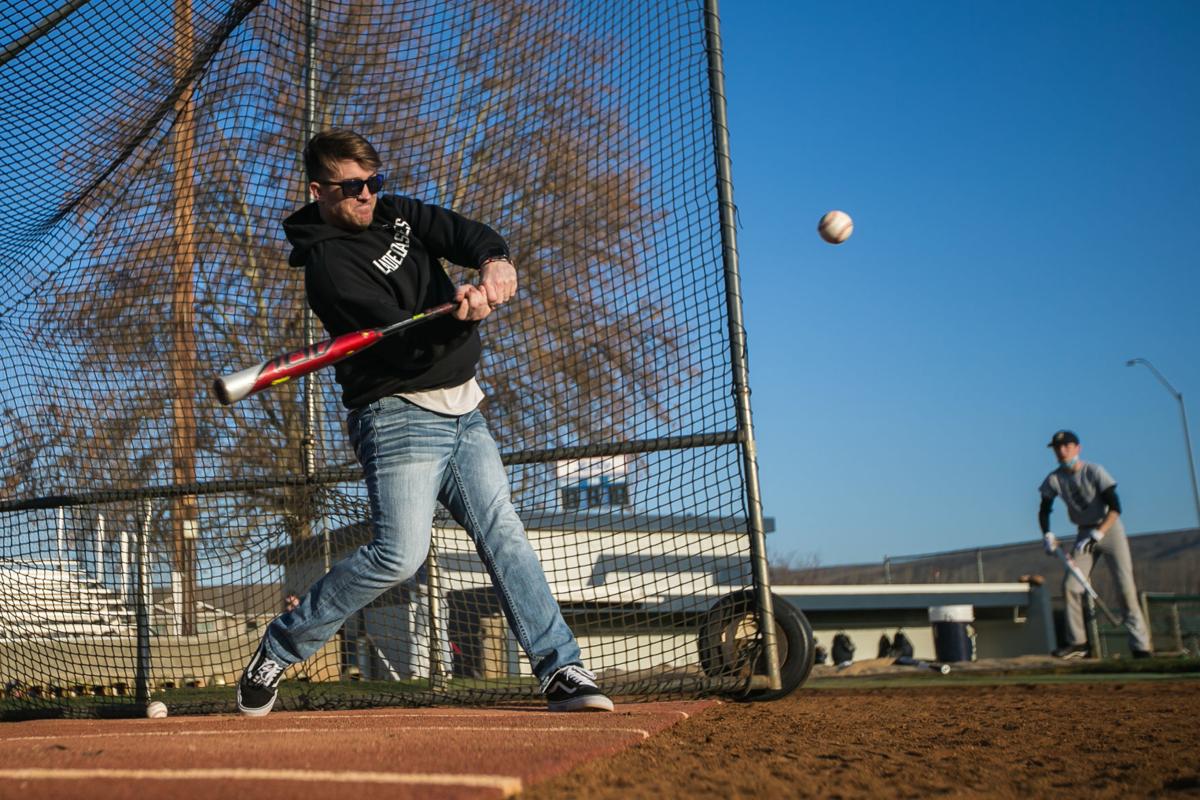 Mason Hall takes batting practice as he visits the Selah baseball team during practice March 17 at Carlon Park in Selah. 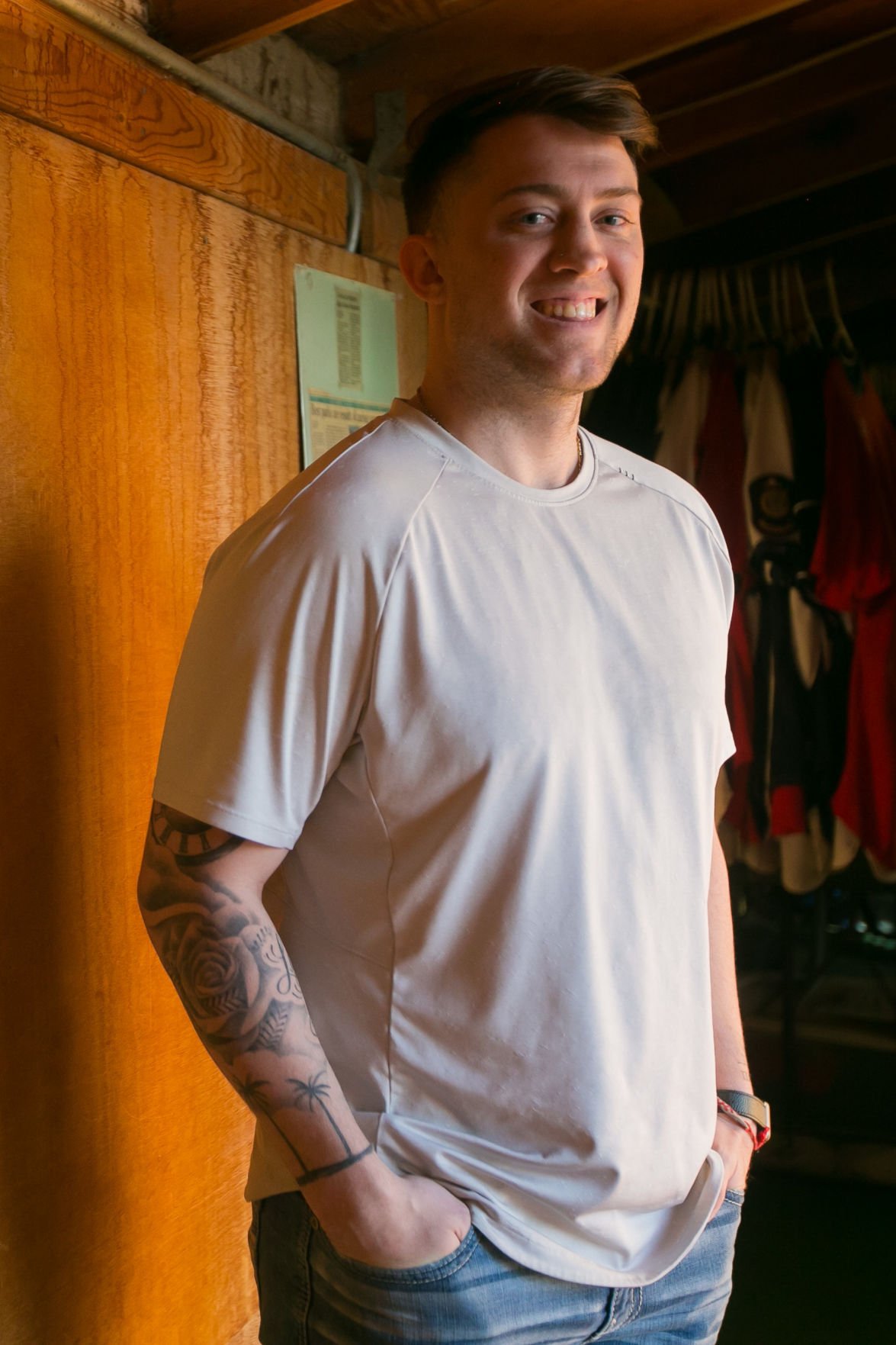 Mason Hall, a former Selah baseball player and host of the Loaded Bases podcast, poses for a portrait Wednesday, March 17, 2021, at Carlon Park in Selah, Wash.

Mason Hall, a former Selah baseball player and host of the Loaded Bases podcast, poses for a portrait March 17 at Carlon Park in Selah.

Mason Hall takes batting practice as he visits the Selah baseball team during practice March 17 at Carlon Park in Selah.

Mason Hall, a former Selah baseball player and host of the Loaded Bases podcast, poses for a portrait Wednesday, March 17, 2021, at Carlon Park in Selah, Wash.

Fans across the country lamented the lack of baseball last summer, when COVID-19 delayed the season and a dispute between players and owners threatened to wipe it out completely.

Rather than just waiting for games to start, Selah graduate Mason Hall took advantage of the opportunity to turn a long-held idea into reality. He bought a $40 microphone and launched the Loaded Bases Podcast, which now features 27 episodes of interviews with voices from throughout the baseball world, including longtime Seattle Mariners broadcaster Dave Sims.

“Baseball ended for everyone else, so I was like I’m going to bring it to me,” said Hall, who helped the Vikings reach the state tournament three times from 2011-13. “I found out that there’s more routes than just playing.”

Hall found his first guest — Alec Palmer of Momentum, a media company led by reigning NL Cy Young winner Trevor Bauer — through social media and released the episode on July 1, the same day MLB players reported to training camp. By using the knowledge he learned from online marketing classes and attempting to contact as many potential guests as possible, Hall quickly built up a strong group of connections in the baseball world.

It didn’t take long for him to find a niche in minor league baseball, starting with former Toronto Blue Jays minor leaguer Randall Thompson. Letting coaches and players tell their stories revealed compelling stories and struggles Hall never imagined as a batboy for the Yakima Bears from 2008 to 2010.

That grind resonated for someone who spent countless hours of his childhood practicing and traveling with local summer teams, as well as Selah High and Wenatchee Valley before injuries cut his career short. Roderick Greggs, who coached Hall for Brooklyn Baseball and the Yakima Dirt Dawgs, said Hall’s podcast draws attention in part because he gives minor leaguers a rare platform.

“He’s authentic,” Greggs said of Hall. “He’s giving the small guys a platform. That’s what makes his podcast so unique.”

Nearly all 26 interviews, which range in length from 17 minutes to almost three hours, include some form of a simple question: “What do you do?” Hall said he doesn’t spend much time researching his guests, so the conversation feels more natural as he discovers their life story along with the audience.

Listeners would never guess Hall once avoided talking whenever possible because of the way other kids would mock his stutter. Greggs said it was only noticeable when Hall wasn’t thinking about what he wanted to say, and Davis coach Jay Gainer, who also helps coach the Dirt Dawgs, saw it as a confidence issue.

“Actually, now I don’t even recognize it anymore,” Gainer said. “It’s like he really grew out of it. It was pretty bad early on, but that was a big part of the reason he listens so well.”

Hall never stuttered as much on the field, since that’s where he felt most comfortable. The same holds true for his podcasts, and in conversations both on and off air Hall speaks in a clear, deliberate style.

Greggs said Hall’s always held a reverence for baseball’s rich history, and the two still fondly recall a trip to the Hall of Fame in Cooperstown when Hall was 12 years old. That knowledge and passion shines through during podcasts when Hall and his guests reminisce on their favorite moments, players and teams.

Despite the surprising growth of the podcast Hall said now attracts around 2,000 listeners per episode, he’s not interested in leaving his full-time job as an accountant at Boise Cascade for a career in baseball. Still, the podcast keeps taking up more of his time as he’s started selling merchandise and developing plans to blog on his website.

After a hiatus of more than two months due to some personal issues, Hall returned with a new episode on Friday as part of a rebrand he calls “The Real” to emphasize a focus on raw dialogue comprised of baseball stories beyond what happens on the field. He’s already lined up several new guests and plans to collaborate with other like-minded podcasts to enhance his reach.

“Dave Sims said that I’m pretty much in the minor leagues right now, and I’m just like ‘that actually makes a lot of sense,’” Hall said. “I feel like it’s a very saturated market right now so therefore I have to think of, how can I separate myself?”