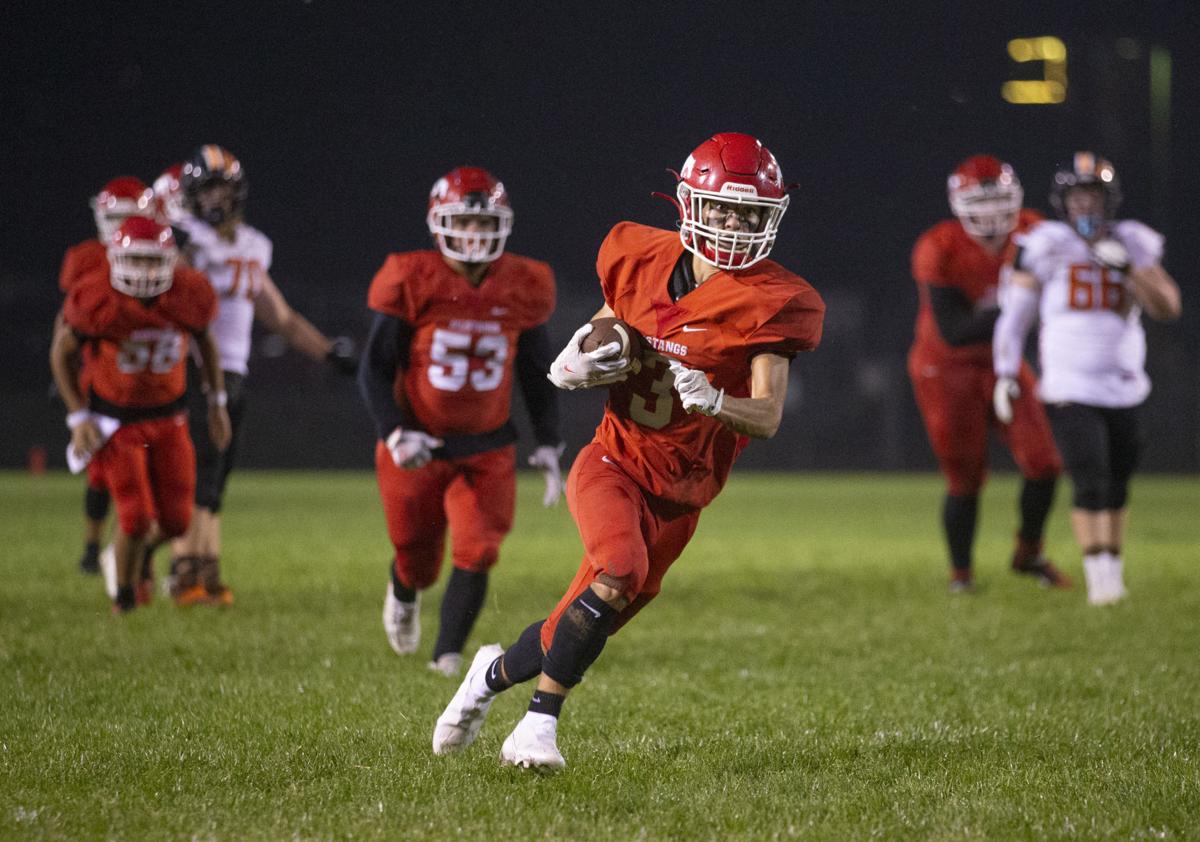 Prosser's Cade Harris runs into the end zone for a touchdown after making a catch against Zillah Friday, Sept. 10, 2021 in Prosser, Wash. 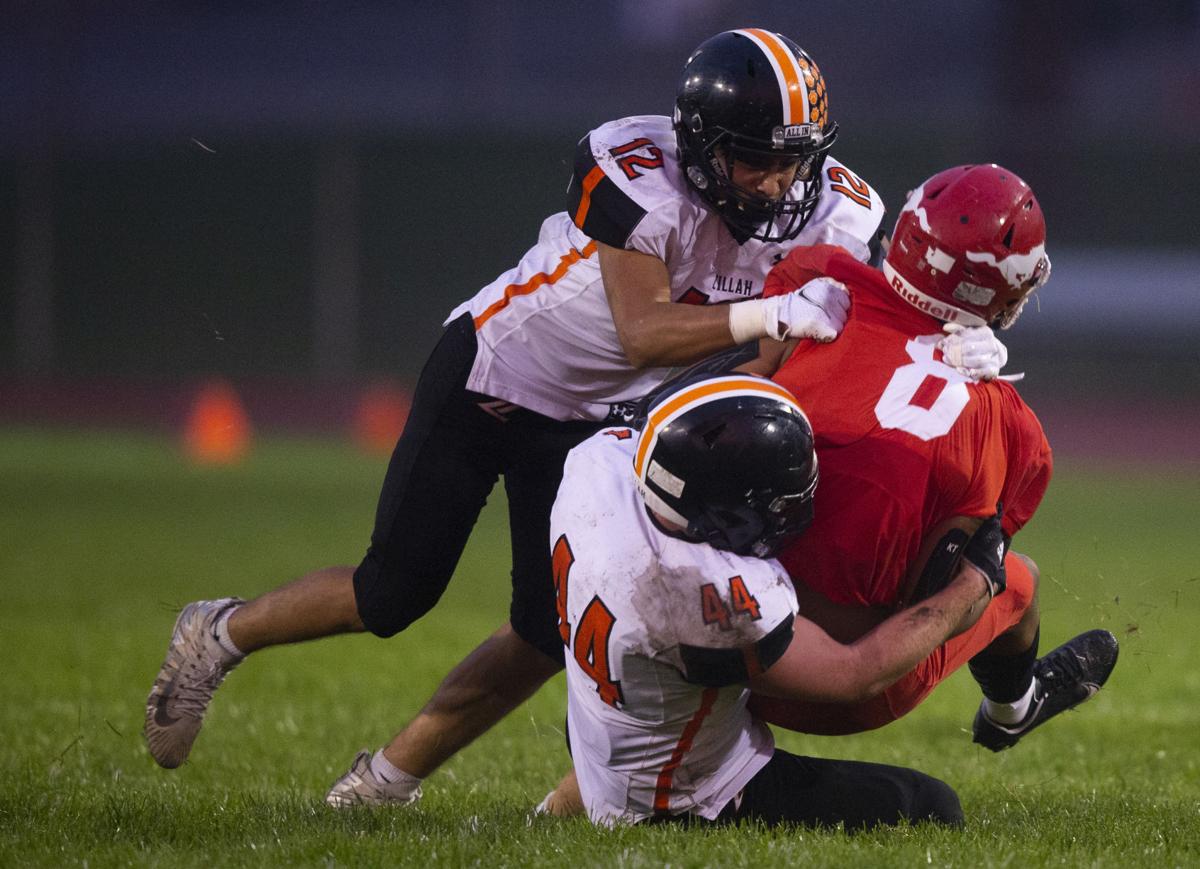 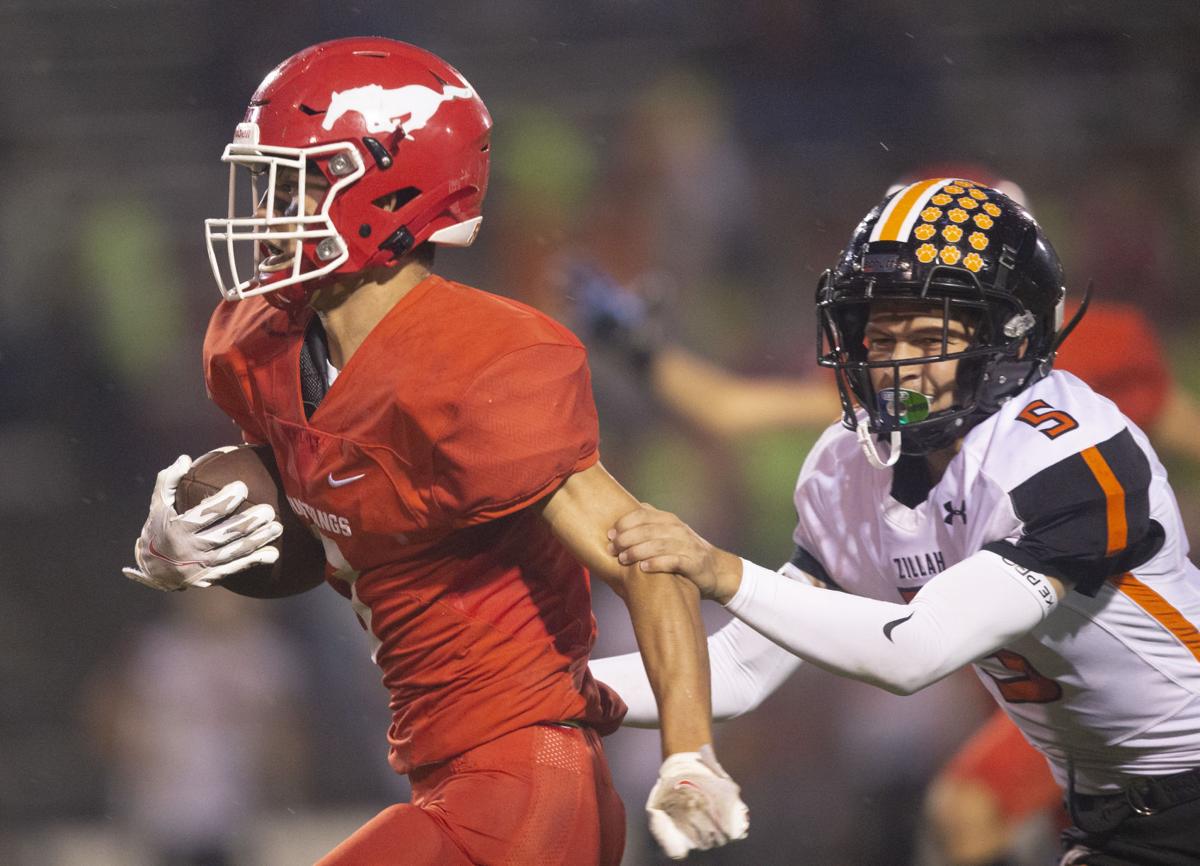 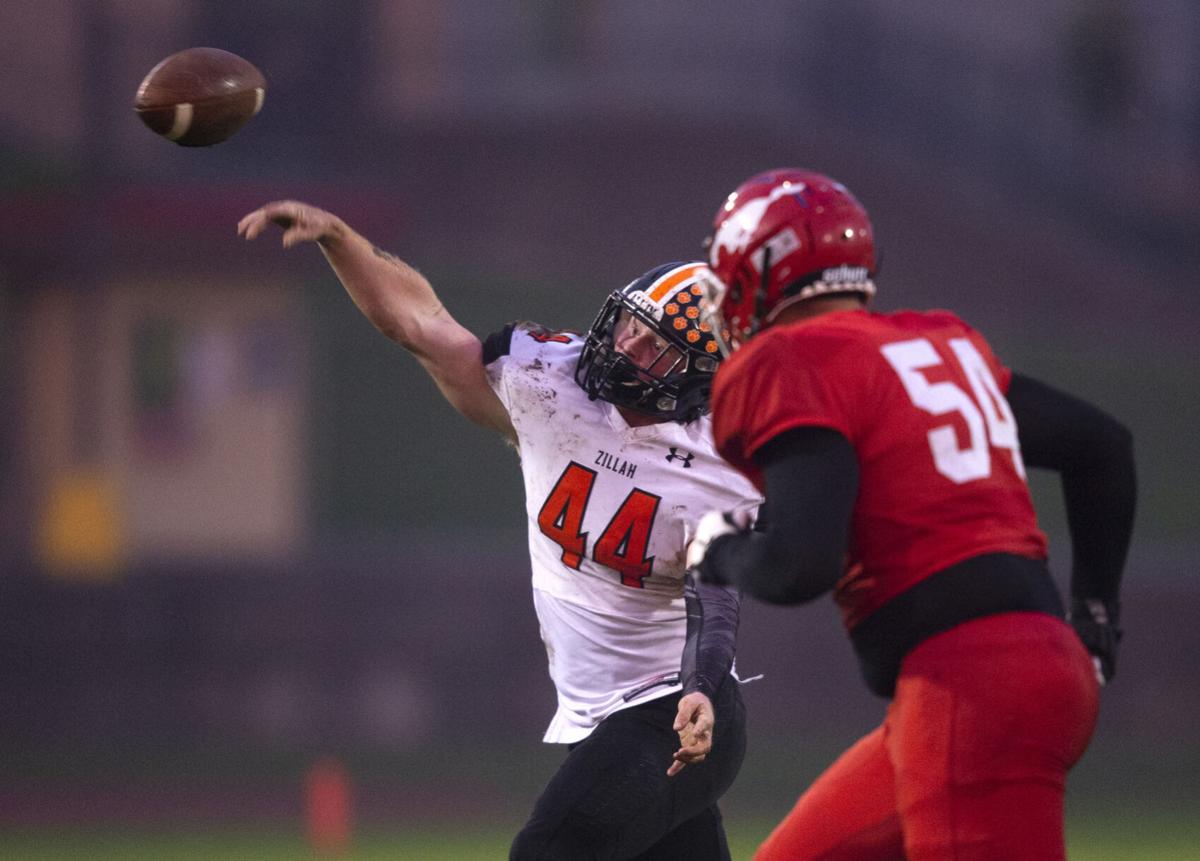 Prosser's Cade Harris runs into the end zone for a touchdown after making a catch against Zillah Friday, Sept. 10, 2021 in Prosser, Wash.

Prosser’s defense locked down after giving up a touchdown on Zillah’s first drive, when quarterback Braydon Flood reached the end zone from 11 yards out. Nehemiah Medrano, who returned an interception for a touchdown last week, picked off a pair of passes for the Mustangs.

Their offense responded by scoring a pair of long touchdowns — a 60-yard pass from Kaiden Rivera to Abel Acosta and a 45-yard run by Harris. A long run by Isaac Kernan set up a 20-yard pass from Rivera to Harris on fourth and goal, and he scored once more on an 11-yard pass in the early in the third quarter.

Prosser (1-1) will head to Selah and Zillah (1-1) will host College Place in nonleague matchups next Friday.

Elsewhere, poor air quality due to wildfire smoke led Selah to cancel its matchup with Lakeside (Nine Mile Falls) and Kittitas canceled its game against Manson. Neither of those games will be rescheduled.

Smoke also forced the postponement of Granger’s home game against Wapato and pushed two other games to Saturday. East Valley will host Eisenhower at 6 p.m. and Ellensburg will host Davis at 4 p.m. in a game originally scheduled to be played at Zaepfel Stadium.