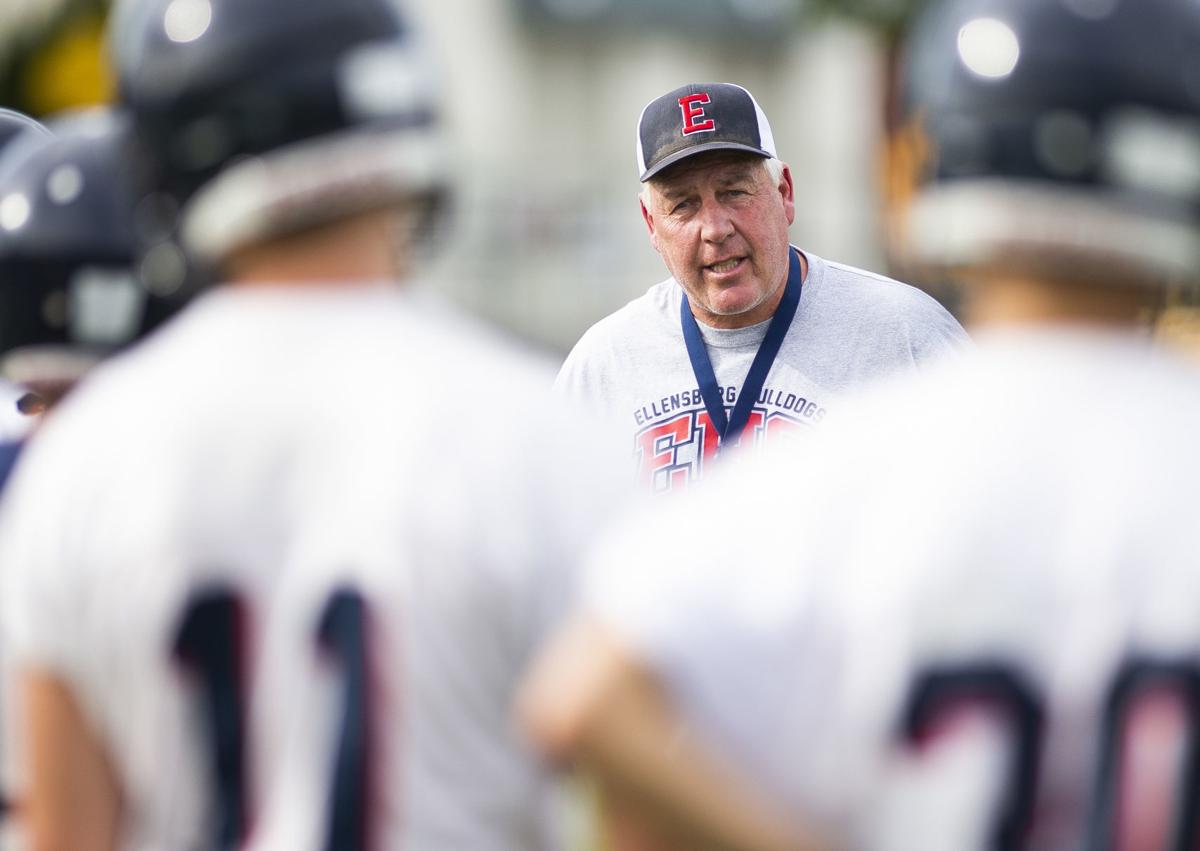 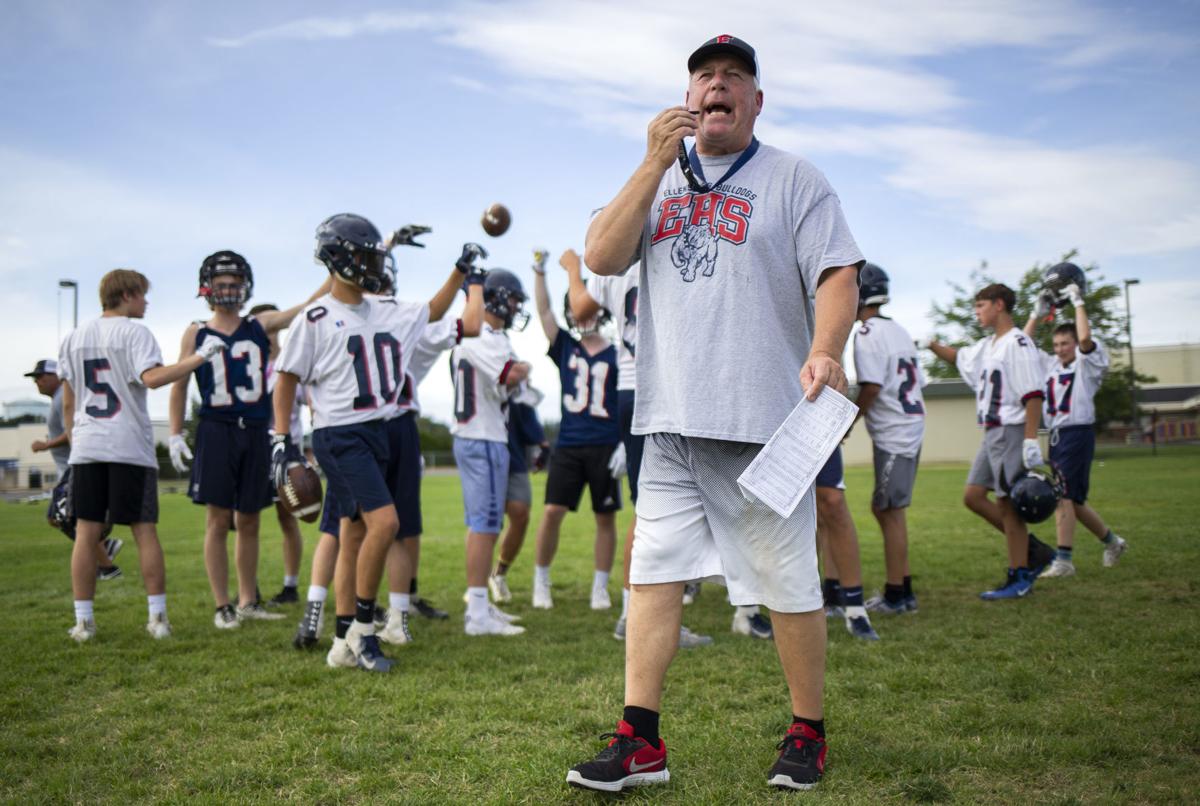 Ellensburg head football coach Jeff Zenisek yells across the field to other position groups after ending a passing drill during practice on Friday, Aug. 23, 2019 in Ellensburg, Wash.

Ellensburg head football coach Jeff Zenisek yells across the field to other position groups after ending a passing drill during practice on Friday, Aug. 23, 2019 in Ellensburg, Wash.

Central Washington and Ellensburg High football have always shared more in common than just a city.

Both programs demand a strong work ethic, preach hard-nosed, physical football, and win championships. Jeff Zenisek became the newest bond between the Wildcats and Bulldogs this April, when he took over as head coach at Ellensburg more than 22 years after leaving the same position at CWU.

It’s a welcome return for the 60-year-old and his wife, who have long known they want to retire east of the Cascades. However, Zenisek emphasizes that won’t be happening anytime soon thanks to a relentless passion for coaching.

“You get a raw kid and it’s fun to watch them develop, especially in high school,” said Zenisek, who won an NAIA championship with the Wildcats in 1995 with Jon Kitna at quarterback. “It goes by fast. Just enjoy the moment and enjoy the process.”

The Central Washington alum took his first head coaching job in 1986 at Orcas Island, where he stayed until returning to his alma mater as a defensive coordinator in 1990. A short hiatus from coaching ended when Zenisek took a defensive coordinator job at Mercer Island in 2009, then he held the top job at Tenino, Thomas Jefferson and, most recently, White River.

All of those positions required a degree of rebuilding, something Zenisek won’t have to worry about at Ellensburg. The reigning CWAC North champions have had just one losing season in the past 15, similar to the success Zenisek inherited when he replaced Mike Dunbar as CWU’s head coach in 1992.

It would be impossible not to respect the culture built by Randy Affholter, who left for Kennewick in February after taking the Bulldogs to state 10 times in 22 years. He valued a powerful ground game Zenisek expects to continue with running backs Henry Rinehart, Elijah Harper and Brendan Swanson.

All-CWAC North defensive lineman Wyatt Nelson leads the returners of a defense that posted two shutouts last season, including a 6-0 upset of West Valley (Spokane) in the first round of the 2A state playoffs. Zenisek said at Ellensburg he sees the physicality he’s utilized since his playing days as a center at CWU, where he won the team’s Best Blocker award as a senior.

“The foundation’s been here and we’re definitely keeping on what (Affholter) built,” Zenisek said. “The discipline’s here and that kind of stuff.”

Of course, he intends to put his own stamp on the program as well. Practice and lifting habits will change, and Zenisek wants to create a “Bulldog Buddies” program for his athletes to mentor younger football players before they reach high school.

It hasn’t taken long for Zenisek to become comfortable in Ellensburg again, even though it’s grown considerably with more people commuting to the west side of the mountains. Zenisek skipped his usual summer fishing trips with family to Alaska and his small Wyoming hometown, focusing instead on settling into a new house out in the country.

One or two Central Washington games have been a regular part of his fall routine since moving back to the state more than a decade ago, but he’s enjoying the opportunity to occasionally attend practices as well. Zenisek wants the two programs to stay connected and maintain positive representation for their city.

“We’ve had a couple of the Central kids this spring, actually,” Zenisek said. “When I took over they were already here helping in the weight room. You get those relationships and that’s what’s great about a small college town.”