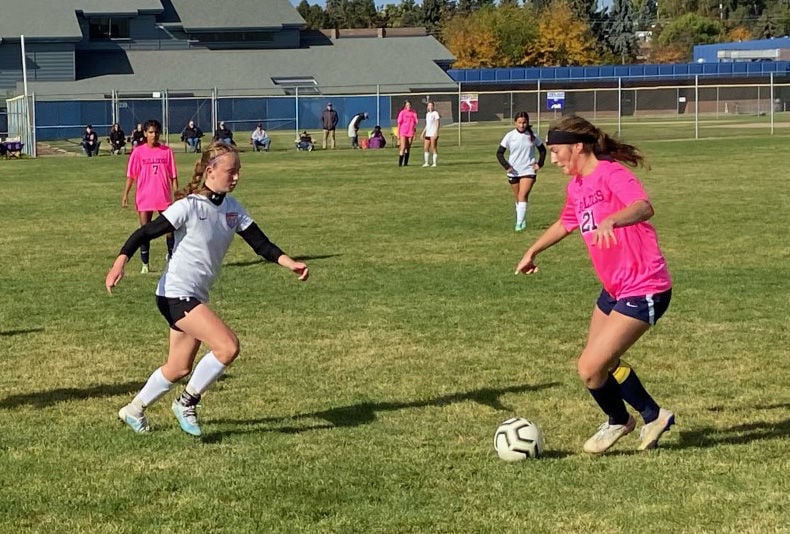 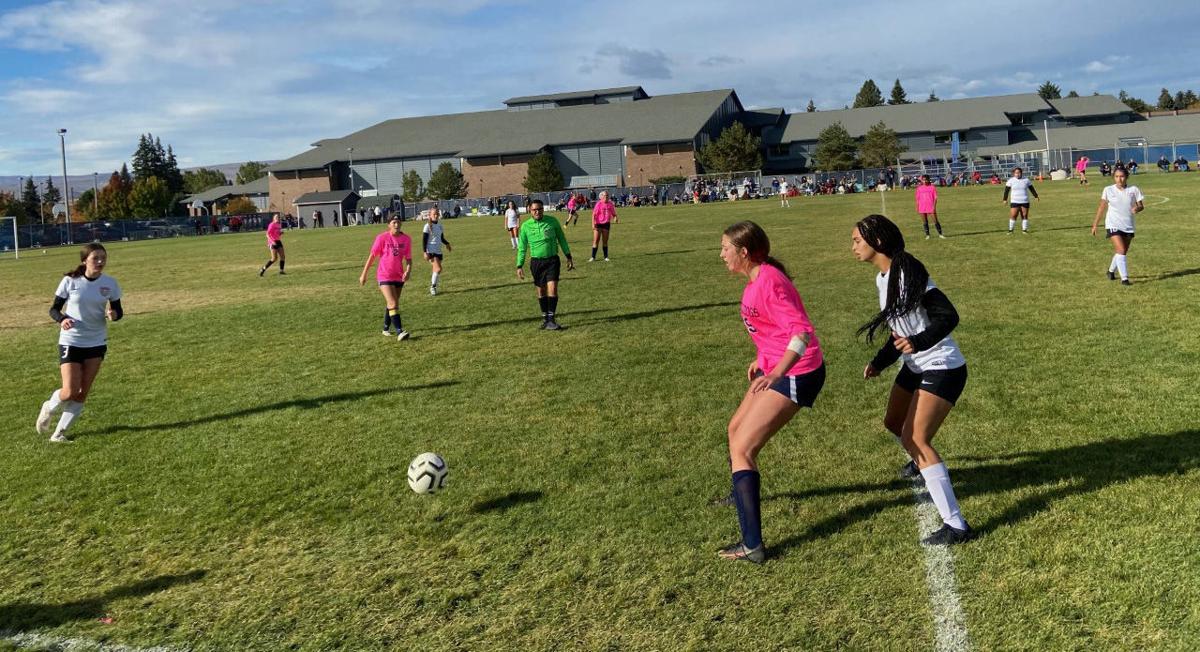 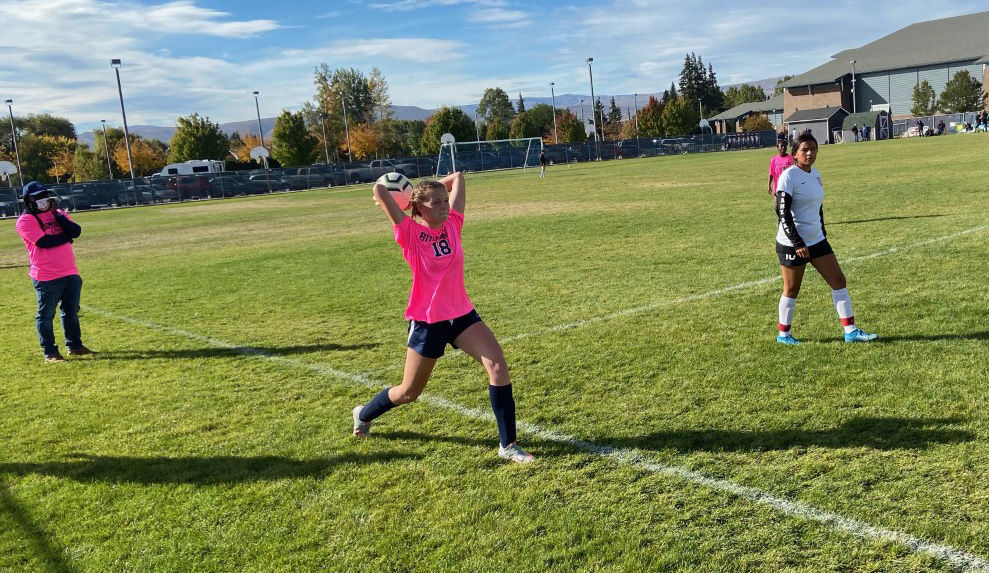 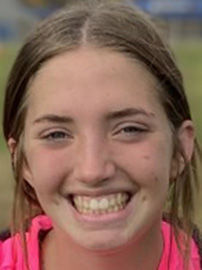 ELLENSBURG — An accomplished group of upperclassmen led by Dylan Philip made Ellensburg the clear favorite to win this fall’s CWAC soccer title.

The emergence of two freshman forwards gives the Bulldogs a legitimate claim to being state title contenders.

Layne Rogel and Jamison Philip earned starting spots from the beginning alongside Dylan Philip, the CWAC’s leading scorer and reigning Yakima Valley soccer player of the year. She drew two defenders once again for most of Saturday’s game against East Valley but still scored twice in a 4-2 win.

Rogel added a pair of goals as well, one of which came off a scramble created by Dylan Philip that left East Valley’s goalkeeper out of position. Philip nearly scored a third when she ran onto a pass from Rogel and hit the post on a breakaway.

“Jamison’s super fast and Dylan’s super fast so if I cross it in they’re always there to hit it in the goal or vice versa,” Rogel said. “We all know where each other are going to be all the time.”

One of her crosses ended up sailing into the net on Saturday thanks to a friendly wind. Rogel’s seven goals are second on the team only to Dylan Philip, who increased her total to 22.

She’s been a teammate of the younger Philip since kindergarten, and Rogel recalled briefly playing club soccer with Dylan Philip under their high school coach, Jim Engeland. He said Rogel possesses some decent speed of her own and praised Jamison Philip’s passing ability.

The former midfielder’s moved up and adapted quickly for an Ellensburg team with 38 goals in nine league games. They’ve won ten straight since a 1-0 loss to Selah in their season opener, including a 2-1 road win over the Vikings last Tuesday.

“We talk about we’ve got to separate ourselves from everybody else and being able to beat Selah there, coming from a goal down (is huge),” Engeland said. “They’re a great team. That’s kind of what we’re going to see in the playoffs.”

Saturday’s matchup with East Valley, which beat Selah in a shootout in September, served as another game capable of providing valuable big game experience. Engeland said he’s also tried to create a high intensity atmosphere in practice to help prepare his young players for the postseason.

They’ve set their sights on reaching the state title, and Rogel believes they’re on the right track. She said an atmosphere full of encouragement every day has helped her grow as a player and created plenty of confidence among the Bulldogs.

The third-place Red Devils will look to bounce back in a nonleague home match Tuesday against Davis. Meanwhile, Ellensburg hopes to hold on to its one-game lead over Selah with four matches left, starting with a trip to Ephrata on Tuesday.