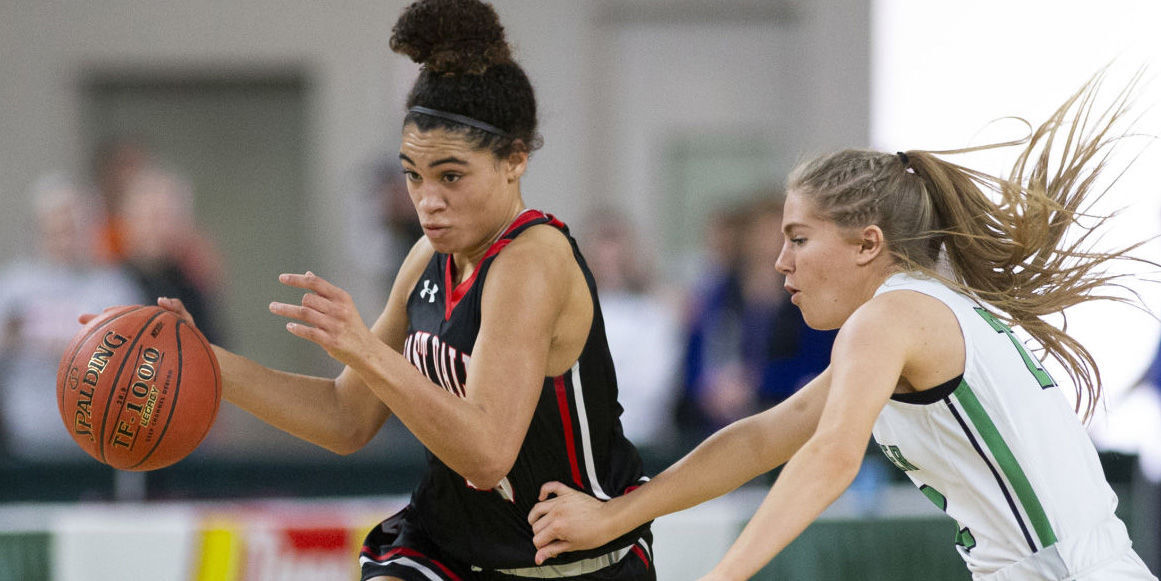 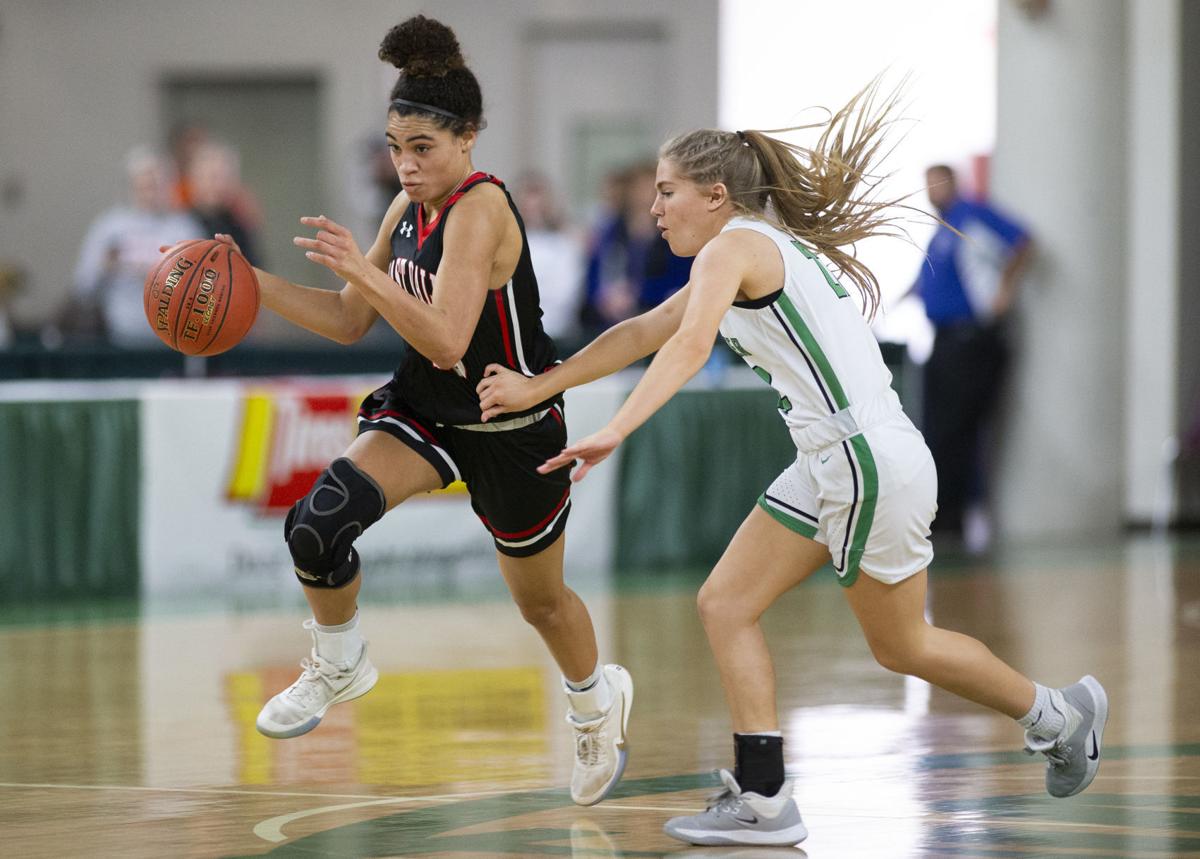 When we last saw Ashlynn Sylve in an East Valley basketball uniform 10 months ago as a junior, she was enjoying one of the biggest clutch moments of her young life.

Tie game, less than a second left, standing at the free-throw line.

Final game of the season, dueling a rival, big crowd in the SunDome.

Capping a 23-point performance, Sylve calmly knocked down a foul shot that lifted the Red Devils to a 55-54 victory over Ellensburg for fourth place in the Class 2A state tournament, where her contributions over four days earned first-team all-tournament honors.

While a memorable stage like that won't be available in 2021 — with everybody hoping for at least some kind of COVID-condensed season — East Valley's versatile guard still has plenty to look for to this fall. Sylve has accepted a scholarship offer from Northwest Nazarene in the GNAC and will sign her NCAA letter of intent during the first week of February.

"It was just a perfect fit for me," she said of the Idaho college. "I've been to a couple of their camps, met the team and thought their coaches were amazing. Everybody was so welcoming, and I couldn't be more excited about going there."

The Nighthawks, last year's GNAC runner-up and a Division II national qualifier in each of the last three seasons, recruited the 5-foot-8 all-state pick as a point guard and she's been hard at work developing those skills. Not just ball-handling, court vision and passing, but defense as well. Playing for her club team, Sagebrush Hoops out of the Tri-Cities, Sylve earned first-team all-defense honors at a big tournament in Arizona last month.

"We were able to play in some tournaments in Idaho and Arizona and I'm really thankful for that," she said. "I've been trying to use this time well and improve on a lot of things."

It seems like Sylve is always making up for lost time.

After helping East Valley to a fifth-place state trophy as a freshman, when she was the only ninth-grader on the CWAC's all-league team, Sylve suffered a major knee injury and missed her entire sophomore year. When she returned for her junior year, a stronger, more well-rounded player had taken over. Scoring shot up, and so did rebounding.

In EV's postseason run, Sylve turned in four double-doubles, including 24 points and 10 boards in a loser-out state game against W.F. West. The next day came the 23-point breakout and game-winning foul shot against Ellensburg.

"After the injury I knew I wouldn't be as fast, but I also knew I could be a lot stronger," she said. "I worked on everything but the main thing was just getting stronger, and that's really helped with rebounds."

Sylve, whose father Nikki was a state track champion in the 400 for Eisenhower, is also a standout in track but has had only one high school season. She earned two state medals as a freshman, missed the next season because of the knee injury and then lost last year because of the coronavirus shutdown.

There remains some optimism that athletes will still get three seasons during what's left of the school year, and what Sylve hopes for more than anything is getting back on the hardcourt. Last year's team, which was 19-8, had no seniors and played all its games on the road while the school's gym was being renovated. The new gym is ready to go, and the incoming freshman class includes her sister Brooklynn.

"I want that so much, to play one last time with my teammates," she said. "I want to be coached by Robi (Raab) one last time, also, and I've never played with my sister before. I'm still holding out hope we'll have some kind of season."