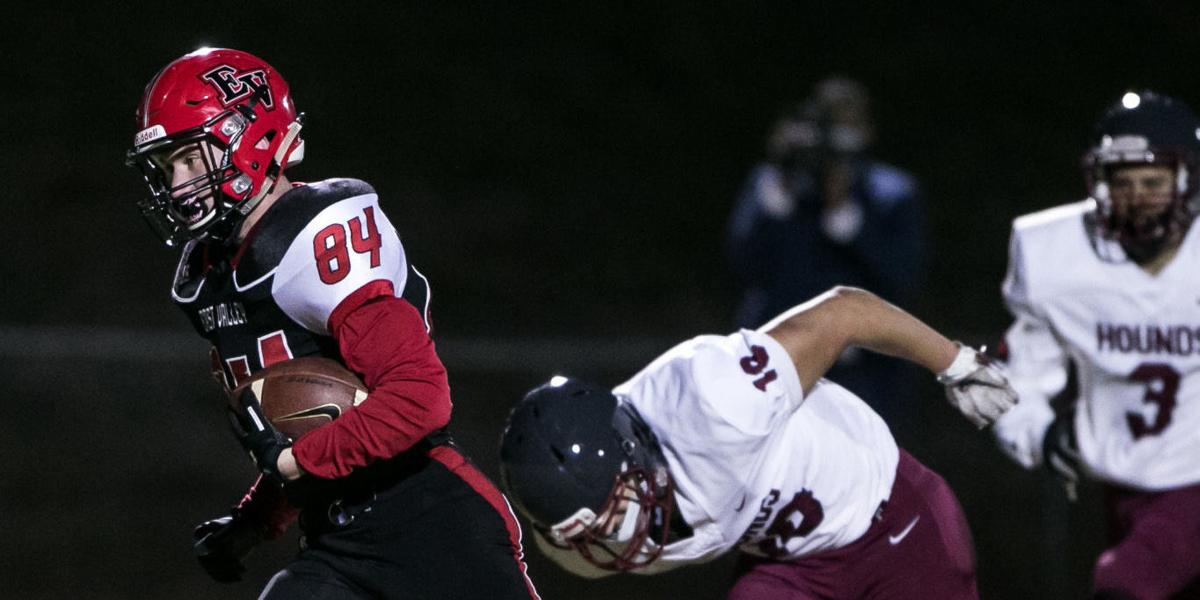 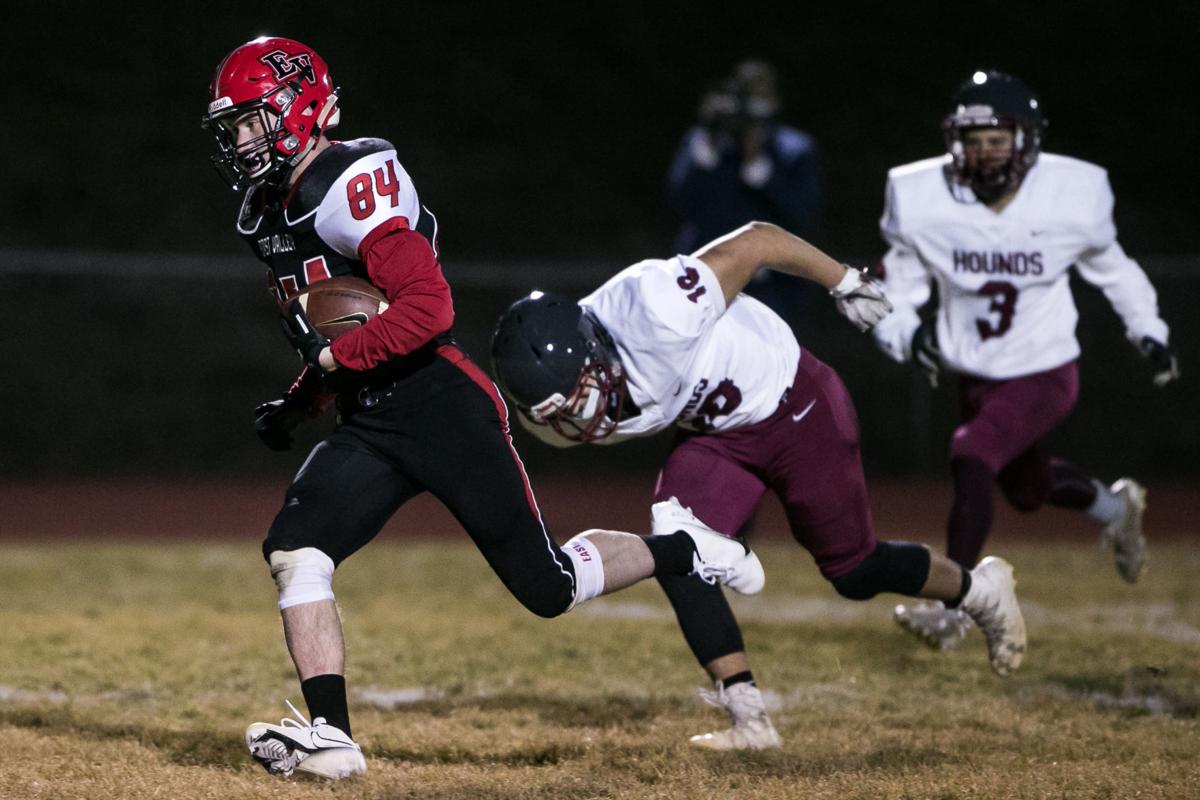 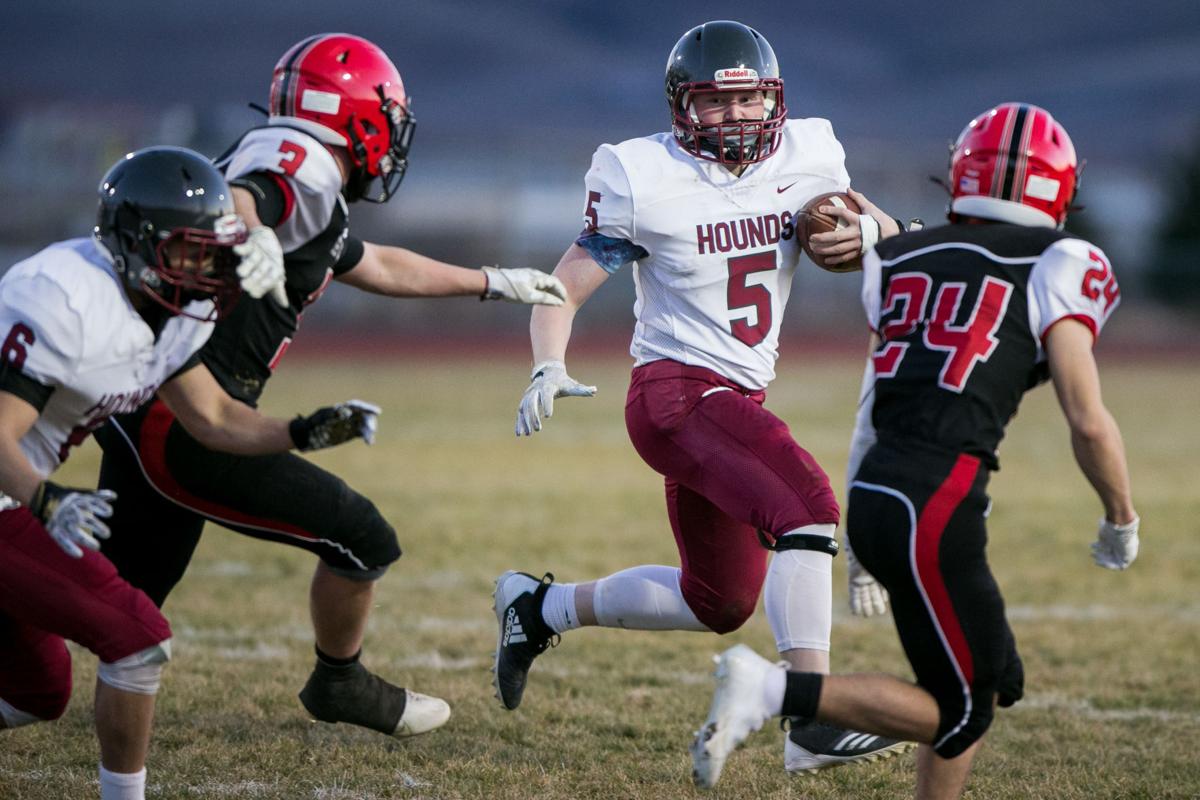 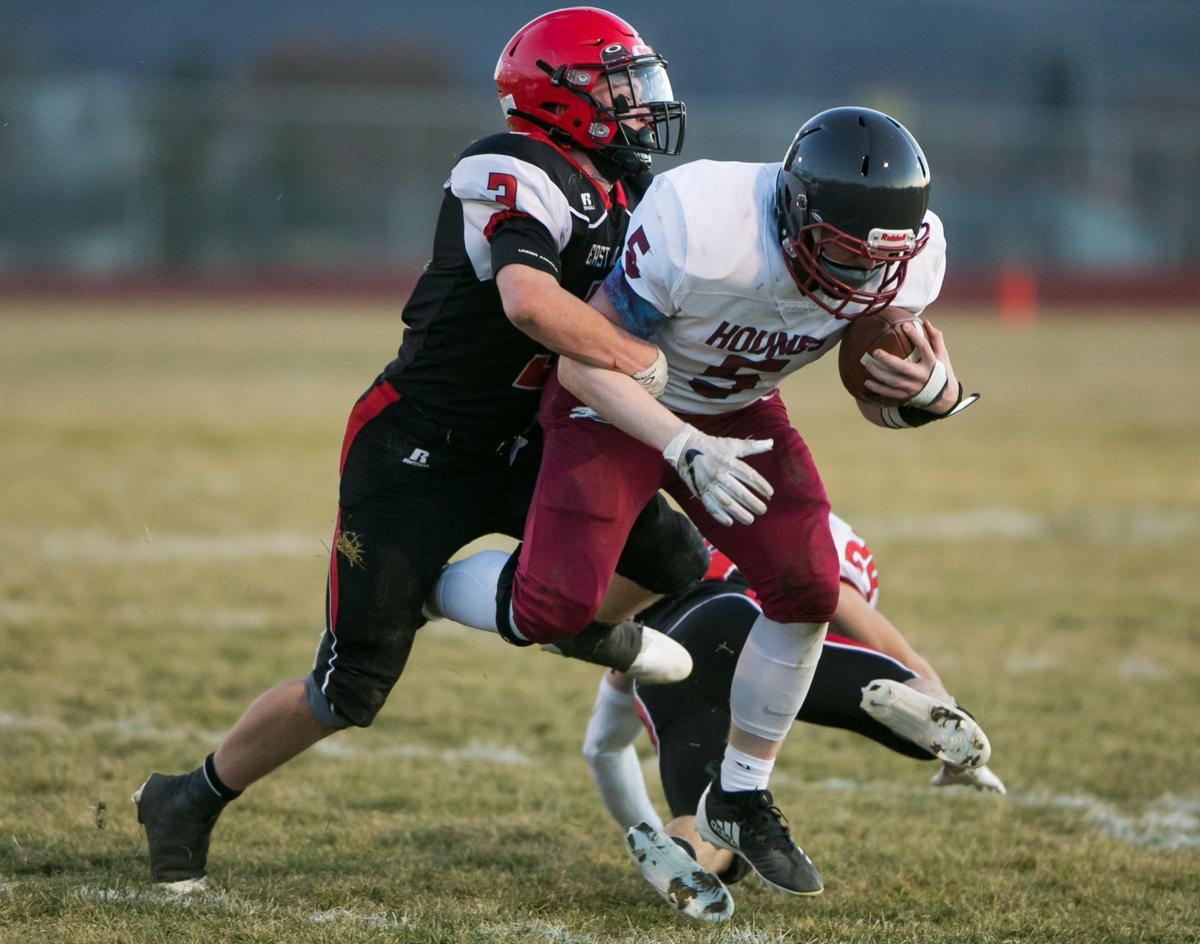 After an extra long offseason and limited practice time, everyone's bound to be shaking off a little rust this high school football season.

That's even more true for Aiden Estill, East Valley's third-year starter at quarterback. Along with the difficulties caused by COVID-19, Estill also needed to adjust to a brand new offense and an entirely different offensive line.

It's no wonder Estill and the Red Devils looked out of sync for the first quarter and a half of their opener against Grandview Monday night. Estill and coach Eric Berg both said the CWAC North's 2019 offensive MVP held onto the ball too long at times against an aggressive Greyhound defense, resulting in two sacks, two fumbles, and three failed drives.

"I was just having an eye on the O-line," Estill said. "Once I started to trust them and read the actual defense, I think that’s when we started to put points on the board."

Following two incompletions late in the second quarter, Estill released the ball just in time to avoid a sack and hit Allan Sires perfectly in stride over the middle for a 41-yard touchdown. The Red Devils scored on all four drives in the second half to cruise to a 34-7 win.

Estill completed 22 of 32 passes for 239 yards and four touchdowns, relying heavily on his longtime friend and teammate, fellow junior Erik Navarro. The two worked out together during the pandemic and their connection looked stronger than ever as they combined for 12 receptions, 98 yards and two touchdowns.

"We always go and get in work, try to push each to be the best that we can be," Estill said. "Always trying to put in our reps and keep our chemistry together."

Estill also focused on gaining weight over the last 15 months, putting on 35 pounds to bulk up to about 195. He said that additional arm strength allows him to launch the ball close to 70 yards, or about 15 yards farther than he could throw it as a sophomore.

It also means he's prepared to produce more runs like a 22-yard scramble through contact down the left sideline in the fourth quarter. Berg said Estill can take a few more hits with his added weight, giving the coach more freedom to call designed runs for his athletic quarterback.

But Estill won't always stick with the play called by Berg from the sideline. Estill made adjustments before the snap on multiple occasions, and Berg praised his quarterback's decisions after the game.

"I’m going to trust him," Berg said. "There are some times where I’m going to override it but if he sees something, he’s the one out on the field."

More challenges await Estill and East Valley, which had to push back the game against Grandview because of inclement weather last Friday. That means the Red Devils have just three days to prepare for defending CWAC champion Prosser, and they may have to do it without three starters due to injury, including a possibly dislocated elbow Sires suffered after his third catch.

Berg's hopeful that won't be as serious as it looked, and he knows this short season will be full of learning experiences for East Valley's young roster. Estill said they're placing a priority on sending the seniors out on a high note while creating some good film for players to send to college coaches.

"We just almost look at it as a preseason and just (want to) get better right here," Estill said. "That way senior season, we’re ready to go."