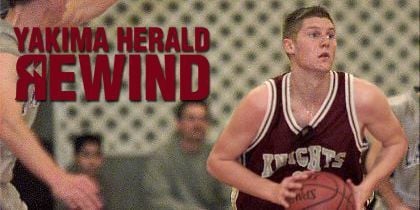 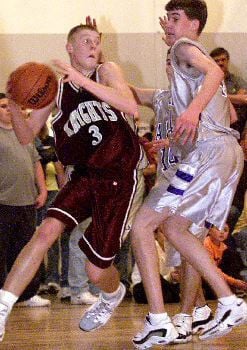 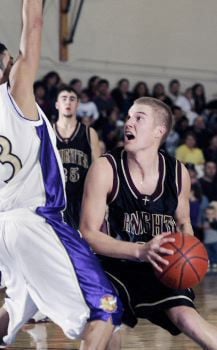 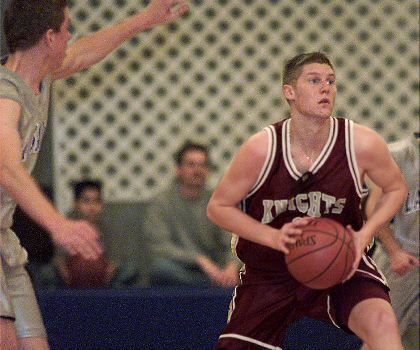 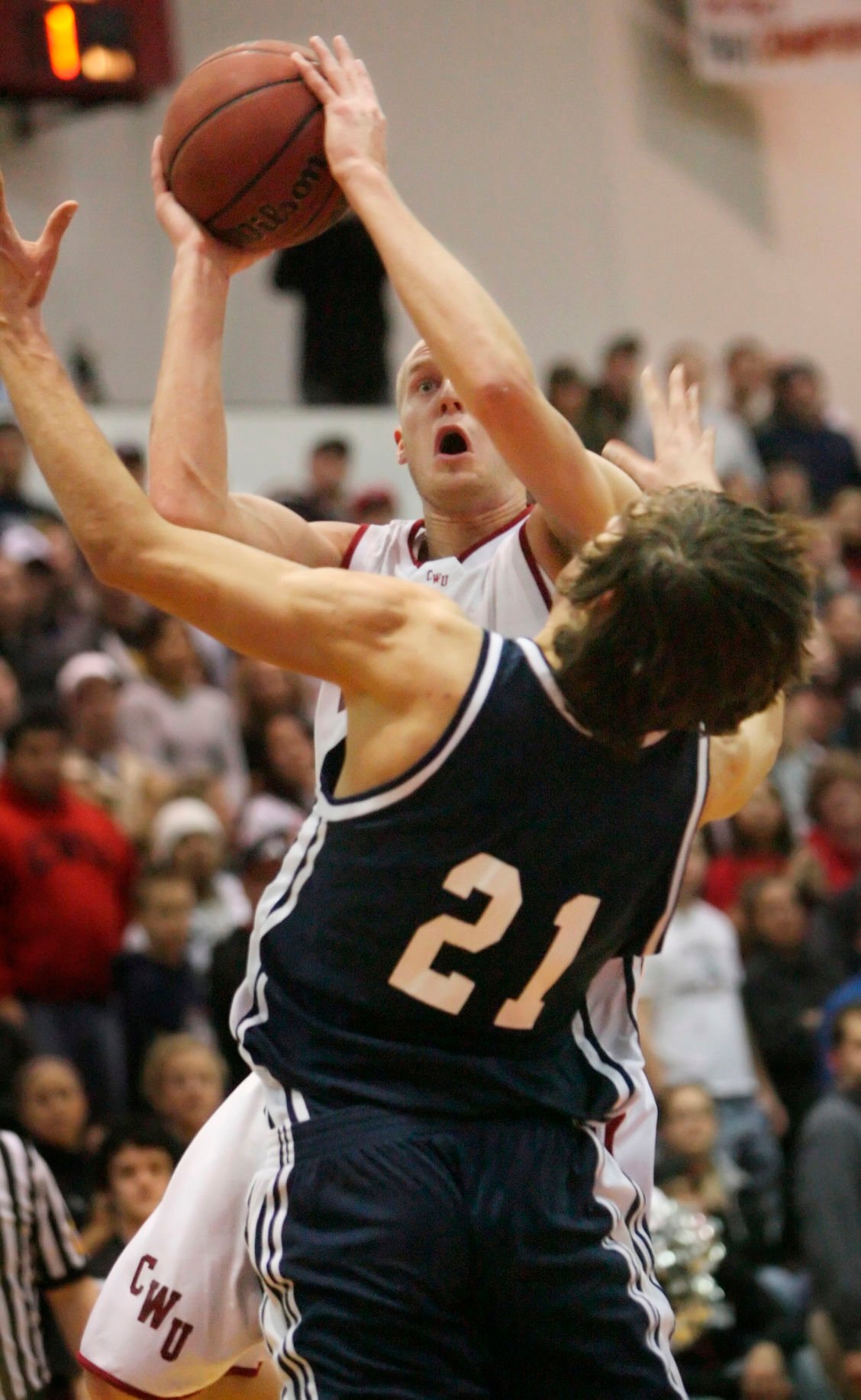 Sunnyside Christian's Lance Den Boer was the first recipient of the Male Athlete of the Year award at the Yakima Valley Sports Awards, which were started in 2003. It was a slam dunk even from a Class B school since Den Boer shattered the state's career-scoring record, which stood for the next 16 years. He averaged 30-plus a game for three straight seasons, finished with 2,851 career points and nearly 1,000 rebounds, and helped the Knights win the B state title in 2002.

Den Boer later enjoyed a record-setting career at Central Washington University, one of the highlights of which is chronicled here by former CWU beat writer Roger Underwood. He was inducted into CWU's Hall of Fame this year.

ELLENSBURG — Dozens of people wanted a piece of the action Thursday night, as soon as they were allowed.

At the instant the scoreboard clock read zero and the final buzzer sounded, fans rushed the Nicholson Pavilion court to high five, chest bump or in some way share the moment with their heroes in celebration of Central Washington's 82-68 defeat of longtime nemesis Western Washington.

Those in search of Lance Den Boer, however, might well have been cautioned to use an oven mitt before shaking his hand.

Because the 6-foot-6 senior had scored 37 points, one short of the career high he'd established five nights earlier, capping one of the most extraordinary two-game performances in Central's storied history.

He also led his team to its biggest win this season and, in the process, perhaps re-defined the term "hot hand."

"Of the players I've coached," said Greg Sparling, who's in his 12th season as the Central men's mentor, "I'd have to put him right up there with Ryan Pepper and probably Corby Schuh, as far as the best shooters."

"It's been a long time," Den Boer said, referring to the last time he'd experienced a victory over Western. "The first time we played them my sophomore year, we beat them something like 105-101. So yeah, this was sweet."

From a rivalry perspective, the win snapped a five-game Western streak with two of the last four having gone overtime. The Vikings had also won 10 of the previous 11.

After Bryan Freshwater put CWU back in front with a hoop at 11:22, Den Boer scored five unanswered points — two on his 21st and 22nd consecutive successful free throws and three on a deep 3-pointer — to key a decisive 9-0 run.

His final long ball made it 72-64 with 3:00 to go and his final free throw, after a miss that snapped his streak at 24, capped Central's scoring.

"We'd put in some new sets to get Lance more shots," Sparling said, "and the guys did a great job of running the stuff to crack him open."

After being slowed by a severely bruised big toe, Den Boer's second straight titanic statistical line showed 10-for-18 field goal shooting, including 5 of 8 from long range, and 12-for-13 from the foul line.

• In 2007, Den Boer was the GNAC Co-Player of the Year with a conference-leading 20.5-point scoring average and culminated his career as the fifth-leading scorer in school history with 1,592 points. He is currently the athletic director and assistant principal at Kiona-Benton High School.