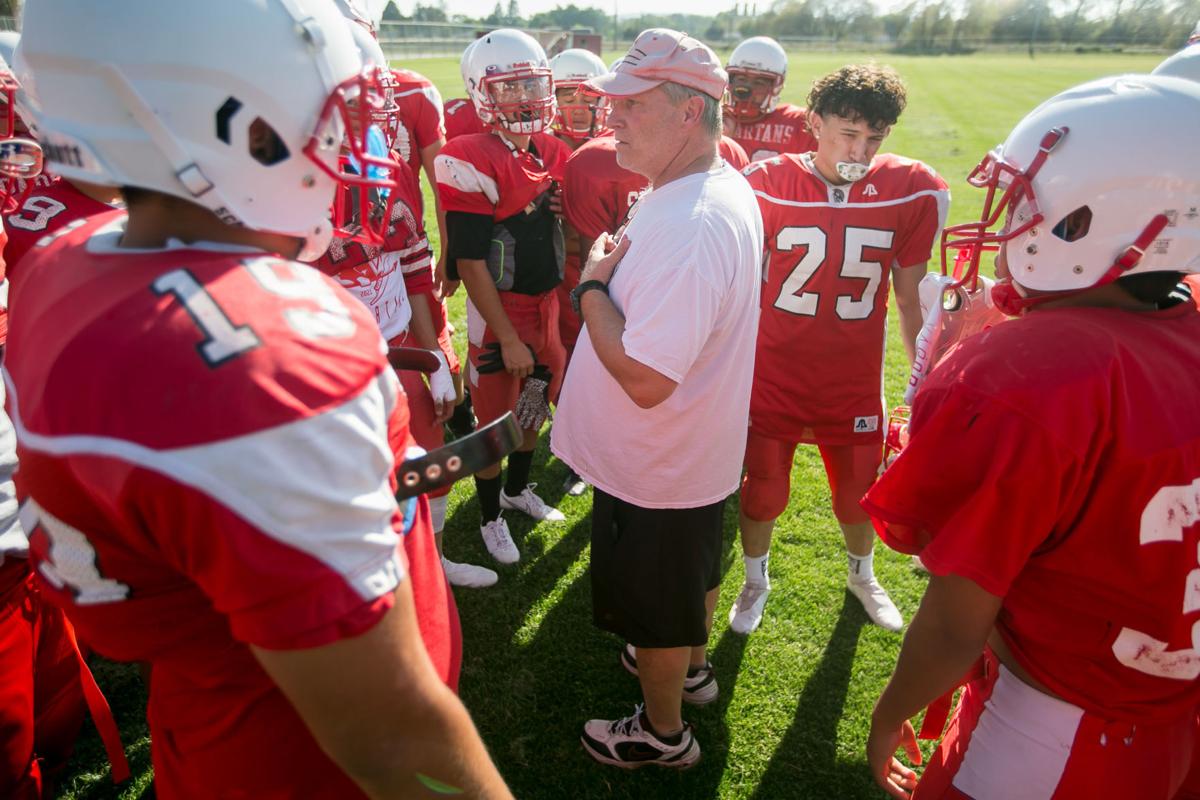 Granger High’s football coach Gary Ely leads practice Wednesday, Sept. 8, 2021, at Granger High School in Granger, Wash. Ely is entering his 29th season at Granger High and has the longest run at one program in the Valley’s history. 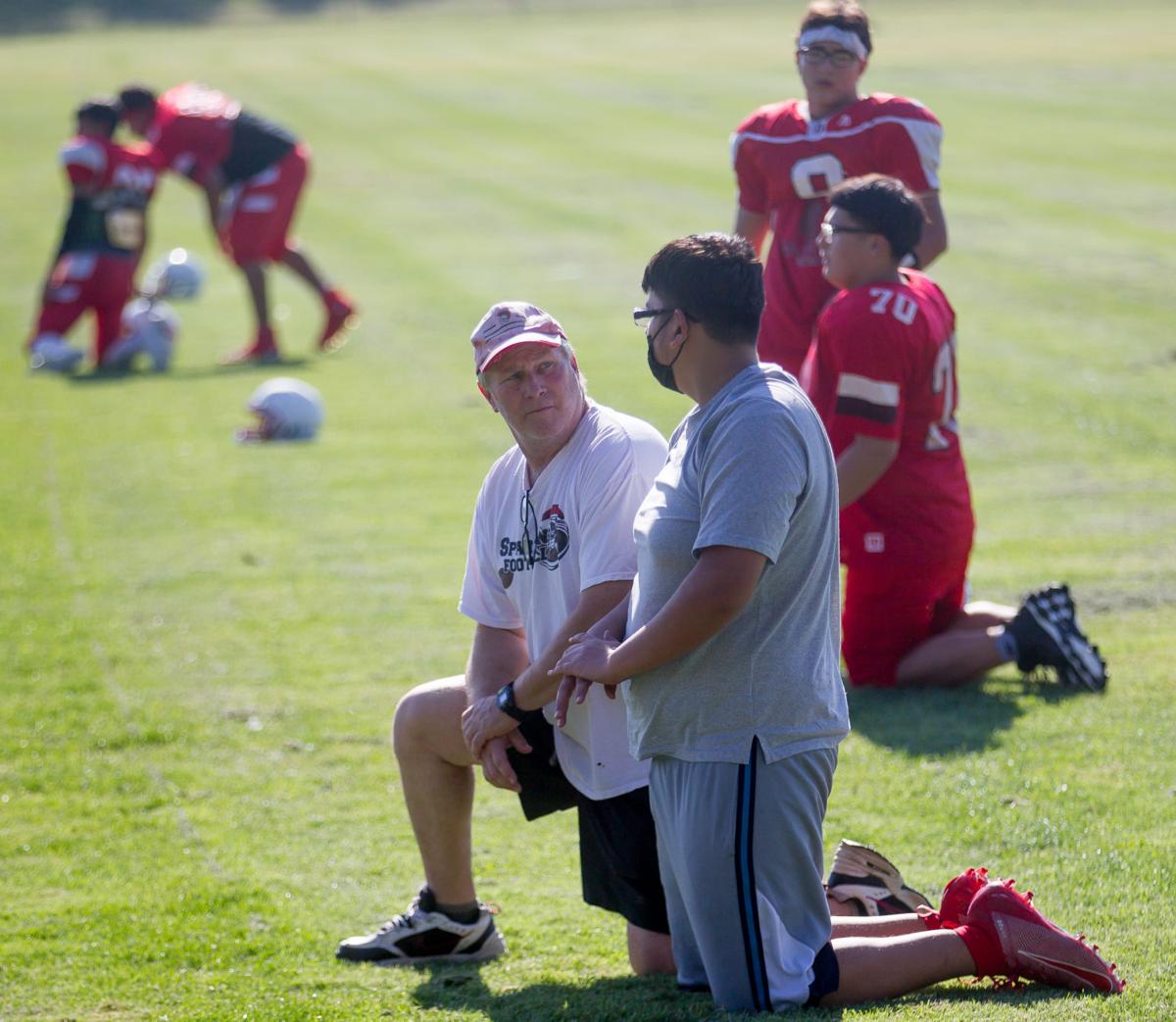 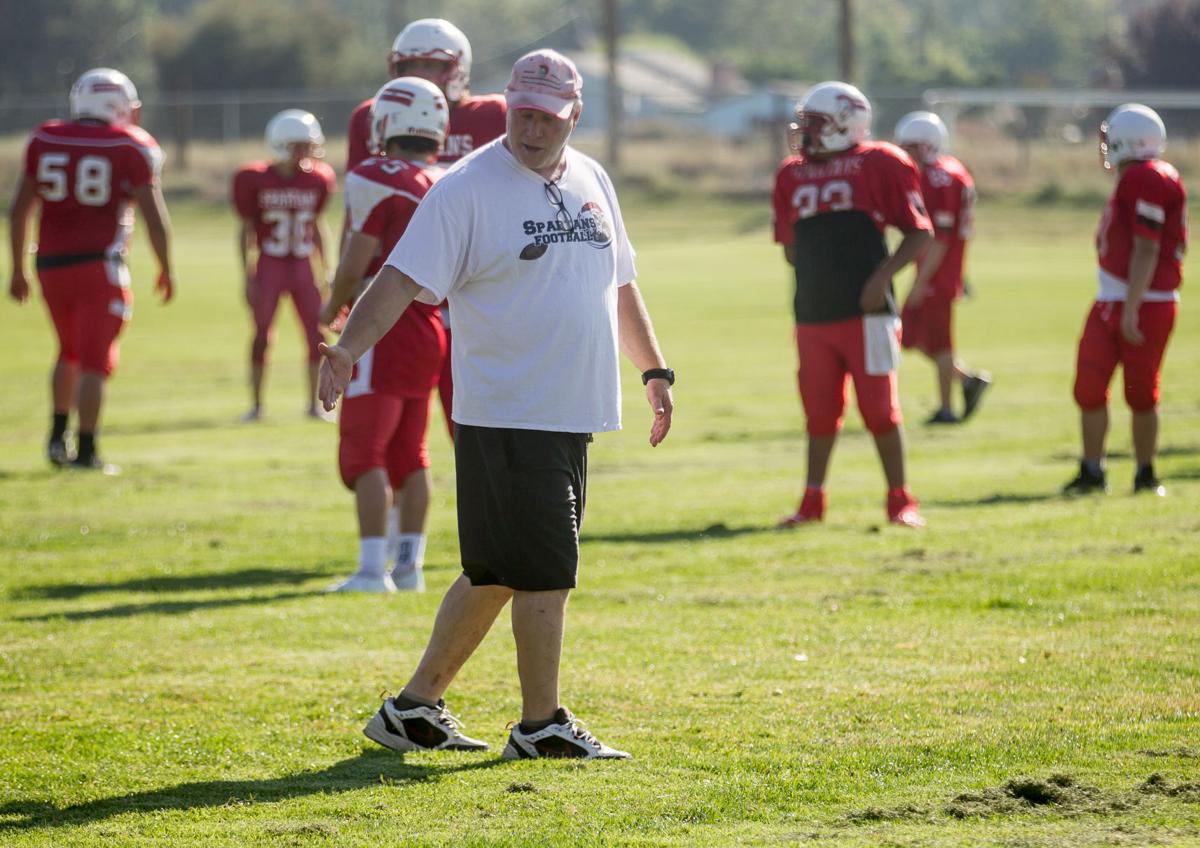 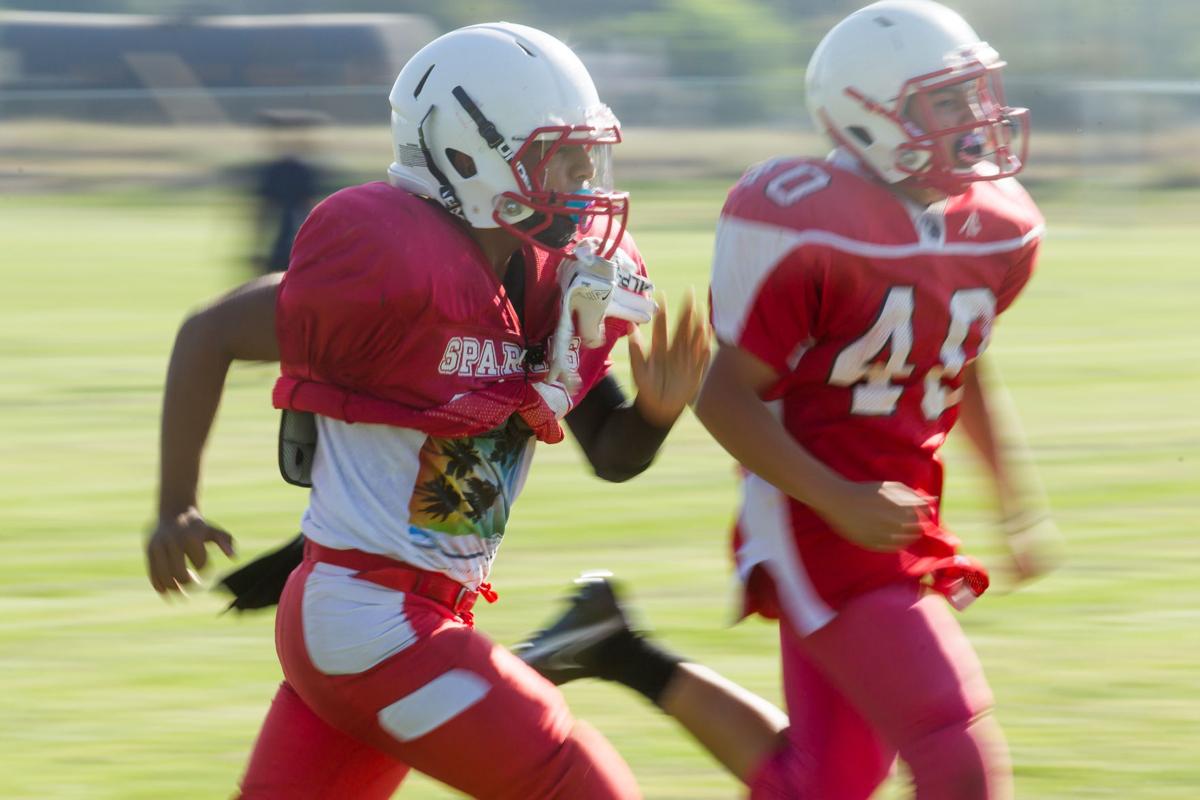 Granger High’s football coach Gary Ely leads practice Wednesday, Sept. 8, 2021, at Granger High School in Granger, Wash. Ely is entering his 29th season at Granger High and has the longest run at one program in the Valley’s history.

Ever since playing for Wayne Purdom at Yakima Valley College, Gary Ely knew he wanted to be a head football coach. And when he graduated from Eastern Oregon, he had a clear plan for his career trajectory.

“Originally I figured three years at a small high school, move on to a bigger school and then hit the college level,” he explained. “I was going to do all that stuff but, well, it didn’t work out that way.”

After three seasons as Mike Wyknenko’s assistant at Granger, Ely became the Spartans’ head coach in 1993. He did not stay three years, as per the plan.

“The kids would say, ‘Come on coach, stay another year,’ and three years became four, then five, then six,” he recalled. “I began to ask myself, where do I belong? It certainly wasn’t my original plan, but I realized I belonged right here in Granger. I fell in love with the place — the school, the kids and the community.”

Ely is starting his 29th season at Granger this fall and when the Spartans open their season Friday night hosting Wapato it will be his 272nd game at the helm. His tenure is the longest run at one school in the Valley’s history and it’s not ending anytime soon.

“The phone calls quit a while ago,” Ely said with his easy humor. “A coach told me if you’re still at a small school by age 40 the phone calls will quit and they have. But that’s OK. This is where I want to be.”

What’s doubly impressive about Ely’s longevity — he’s also been the school’s track and field coach for 30 years — is that it surely hasn’t been easy. Even with Wyknenko’s 1978 team playing in the Kingdome and finishing second in the state, Granger has historically been a wrestling and basketball school and getting enough bodies out every fall has always been an annual challenge.

When Ely took the reigns, Granger was coming off two straight 1-8 seasons. It didn’t get better. Not only were the Spartans 0-9 in 1993, it scored just one touchdown all season. A year later the team scored 10 touchdowns but was still 0-9.

“I remember sitting with one of my line coaches, Lon Stewart, and we asked each other, ‘Are we this bad as coaches?,’” he said. “I had all these great expectations that I would change everything, do all the right things, get everybody working together — and then wham. Yeah, it was a rough start.”

Ely had every reason to move on — even flee — after three uphill seasons and keep to his plan. But he stayed because the freshmen he started with would be seniors in 1996. Nevertheless, it wasn’t an encouraging start when 16 kids showed up for the first day of practice.

Those numbers grew, as they always do, and with 30 kids a week later the Spartans embarked on a winning season that included an 18-14 late-season victory over Zillah, which was unbeaten and ranked No. 1 in the state at the time. All three of Granger’s touchdowns in that game came on fourth down.

With some of the smallest turnout numbers in a tough 1A league, Granger’s record has been up and down. But there have been no more 0-9s and even in the slim years the Spartans have been a tough out.

Ely’s offenses have produced a steady stream of stout linemen — rodeo kids and roughneck wrestlers — paving the way for all-day running backs. Chase Carpenter ran for nearly 4,000 yards from 2006 to ‘09, and Trevor Heitzman followed in 2012 with school records for a game (310) and 10-game season (1,733).

But it’s never the same. Ely loves adapting an offense to his personnel and, even after nearly three decades, he’s attending more clinics and watching more instructional videos than ever.

“Actually that is fun for me as a coach. I enjoy mixing things up,” he said. “Last season we took a wildcat formation we used from 20 years ago and turned it into a hybrid double wing. We had a lot of success with that, just paying attention to what you have, and we’ll use something like that again this season.”

But there’s much more here than wins, losses and stats. Ely, who was a tenacious 165-pound all-league lineman at Prosser as a senior in 1982, is old school in all the best ways. Especially after Purdom got done with him. As a result, he’s a Granger teacher and coach to the core and believes in it.

This is where he belongs.

“I hope to have influenced kids in a positive way here,” said the 57-year-old Ely. “I’m definitely happy here. Thinking back all those years ago, I made the right choice to stay.”

Valley football coaches who have stayed the longest at one school.