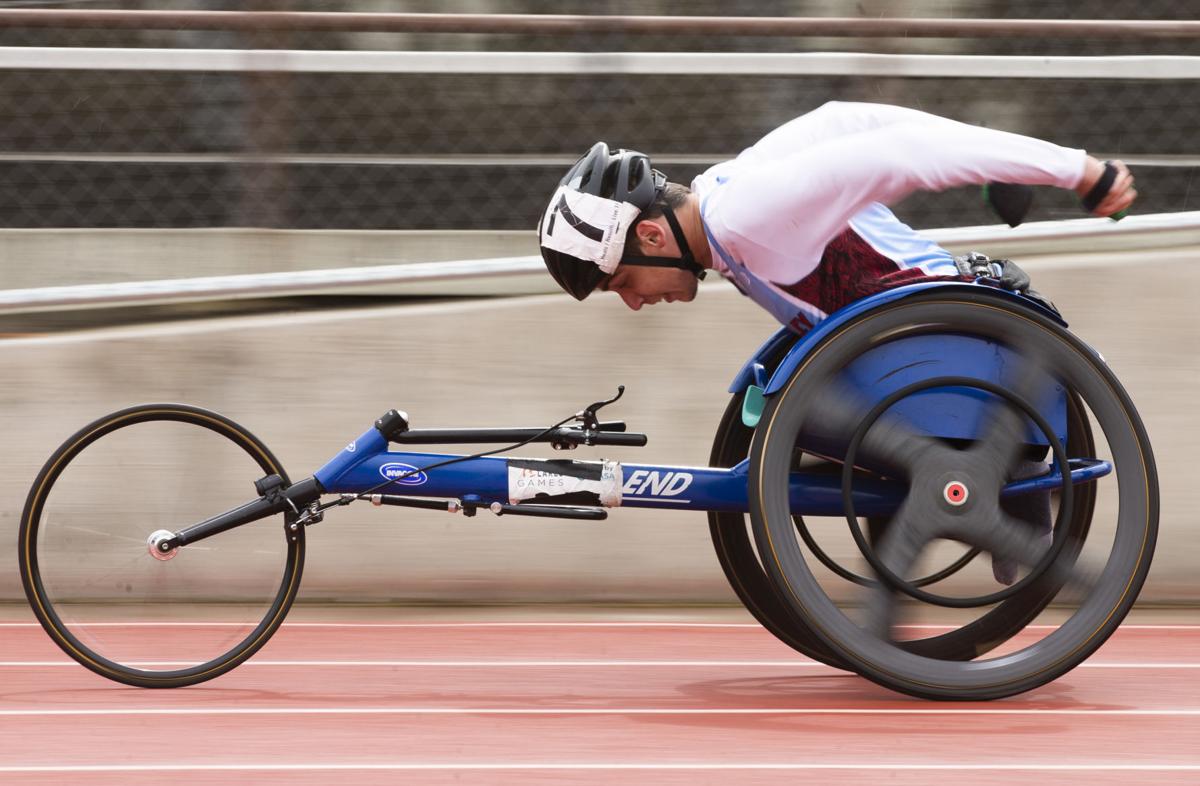 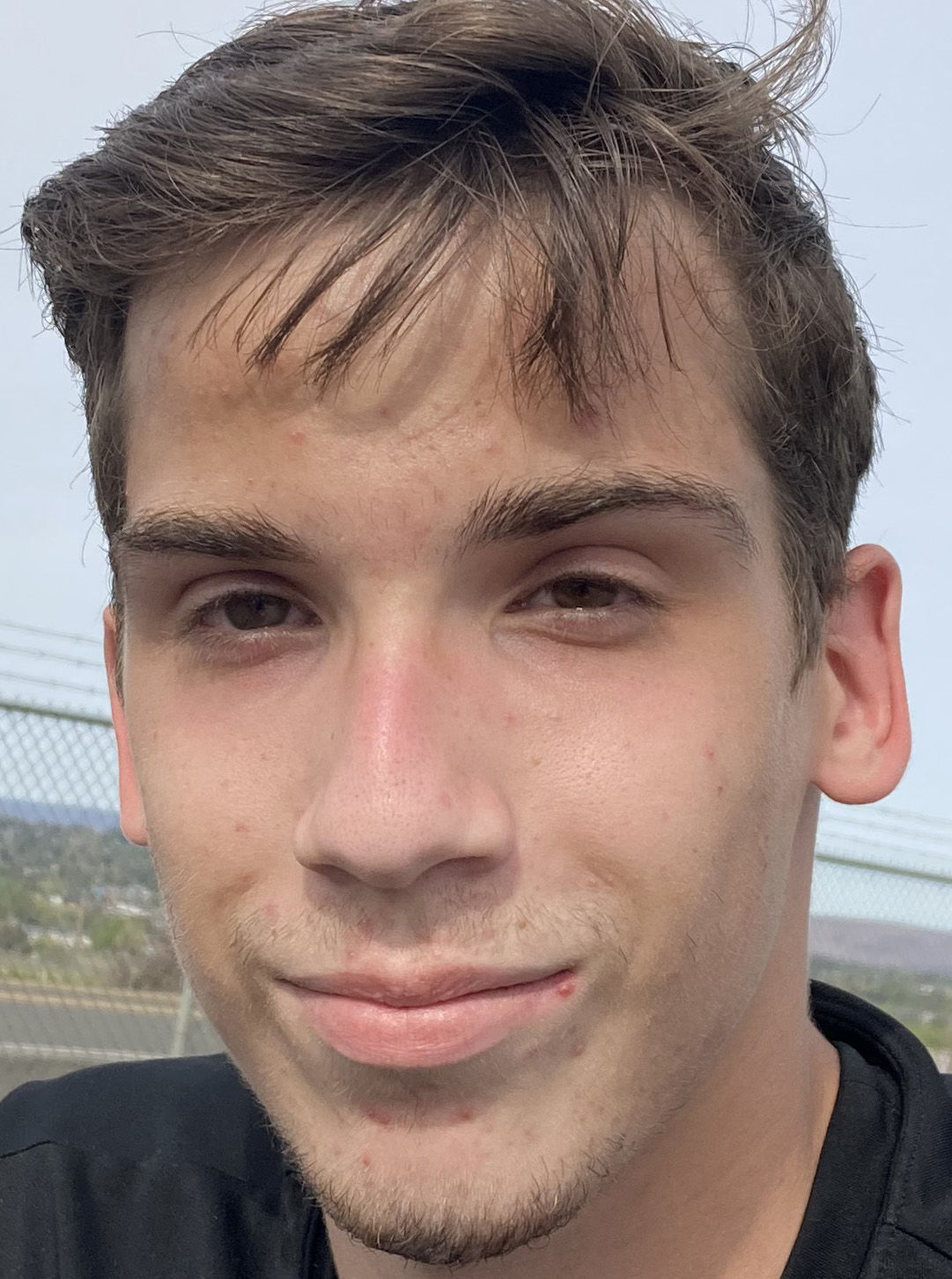 Chance Wells decided a long time ago that he wouldn’t sit still. He just wasn’t built that way.

So in elementary school he competed in his first track race. Ten years later he’s getting faster by the day.

In his final year at West Valley, Wells has been a steadfast competitor in cross country and track, having represented the Rams in 75 high school races and 33 more in seventh and eighth grade. He’s competed in 11 state championship races in the two sports and never placed lower than third.

Just times and medals to most, but to Wells these are symbols of one powerful fact — that a teenager with spina bifida and scoliosis can still part the wind, strain for speed and compete. And, most importantly, be a part of that crowd.

“I just love the involvement,” he said during a recent practice session. “Even though track is an individual sport, I still see people on a competitive level and that’s what I enjoy about it. I also like having someone to chase.”

Wells trains daily on the track right along with all of his teammates but in races it depends — sometimes he competes on his own and sometimes he mixes in with others. His track races range from 100 meters to 1,600, the distance enjoys the most. Two years ago as a sophomore, Wells placed third in the state wheelchair 1,600 in 4 minutes, 4.96 seconds.

“You don’t want to expend all your energy early and you have to check your pace,” he said of the four-lap distance. “That last three-quarters of a lap when you give it everything you have, that’s exhilarating.”

Wells also enjoys the challenge of an even longer distance, which is why cross country has been an attraction. The state meet in Pasco, where he competed three straight years, was contested on a paved road course at just over two miles. The coaches association conducted a virtual state competition earlier this month for a 5,000-meter distance on the track and Wells clocked 14:53.9.

As much satisfaction as high school races bring, Wells enjoys most his trips to Spokane and the competition, variety and camaraderie offered by Parasport Spokane, one of the Northwest’s most well-established clubs for athletes with physical disabilities. Before his family moved to Yakima, Wells grew up near Colville and he first discovered the competitive opportunities, beginning with basketball, through this club.

When he arrived in the Valley with that experience, Wells was eager to get on the track. He was busy in the spring, competing in 33 races in seventh and eighth grade while at West Valley Middle School. In the fall of 2017 as a freshman, Wells turned out for cross country.

“Chance has always had a great attitude and been willing to do whatever we come up with for training and courses,” said high school track and cross country coach Jamie Nordstrom. “He loves to train and push himself. When he’s in with the other kids it brings more out of him.”

Selah had a wheelchair athlete, Zachary Garcia, who competed in track two years ago, but for head-to-head competition Wells goes to Spokane and sometimes much further. He and his Parasport Spokane teammates traveled to San Antonio two weeks ago to compete in the Texas Regional Parasport Games.

“That was probably the best time I’ve had, just hanging out with other wheelchair athletes, seeing new places and experiencing new things,” he said. “Seeing all these athletes compete at their best was amazing and inspiring. It was fun and interesting competing against older guys sometimes twice my age, but I stacked up pretty well for my age.”

Wells has raced so much that his knowledge and strategies are well-honed. His head, arms and hands know how to put a 15-pound, three-wheeled, carbon-fiber racing chair under pressure.

“When you start you want to punch it, getting as much weight down on the wheels as fast as possible,” explained Wells, who set personal bests on Thursday in the 400 (55.49) and 800 (1:58.42). “But you don’t want to go all loose cannon because keeping stability is a really big thing. And understanding how your dominant arm works on tight corners, that takes a lot of focus.”

After turning 18 and graduating in June, Wells hopes to attend Yakima Valley College for two years and then move on to Eastern Washington University, where he would be much closer to the club program in Spokane.

But he still has two remaining events on his home track — a dual against Davis on Thursday and the second day of the CBBN South district championships to conclude the season on May 15. “I enjoy having people cheering me on or having my dad yell for me. The meets are always fun.”

And another chance to keep working on those difficult starts.

“I’m getting better with starts but that’s where I still struggle,” he said. “In meets with older guys, like in Texas, it’s hard to match them and I have to catch up. That’s one of the reasons, I guess, that I like the longer races.

“Once you get started the rest is, well, you just get going.”