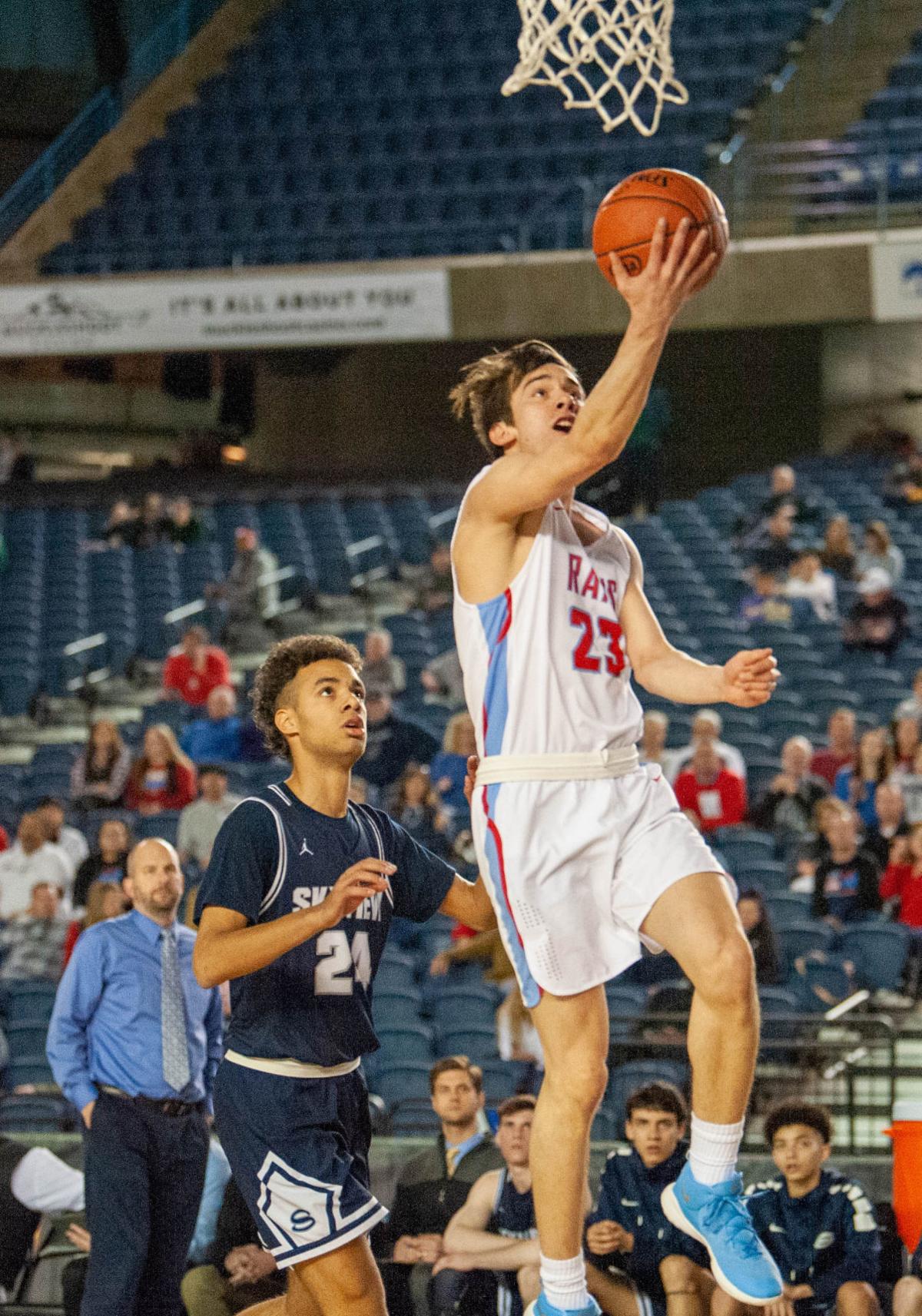 West Valley's Trey Funk escapes the defense of Skyview's Jace Chatman to score an early basket in the first quarter of a 4A round-of-12 game Wednesday at the Tacoma Dome. West Valley lost 47-31. (Joshua Hart/The Columbian) 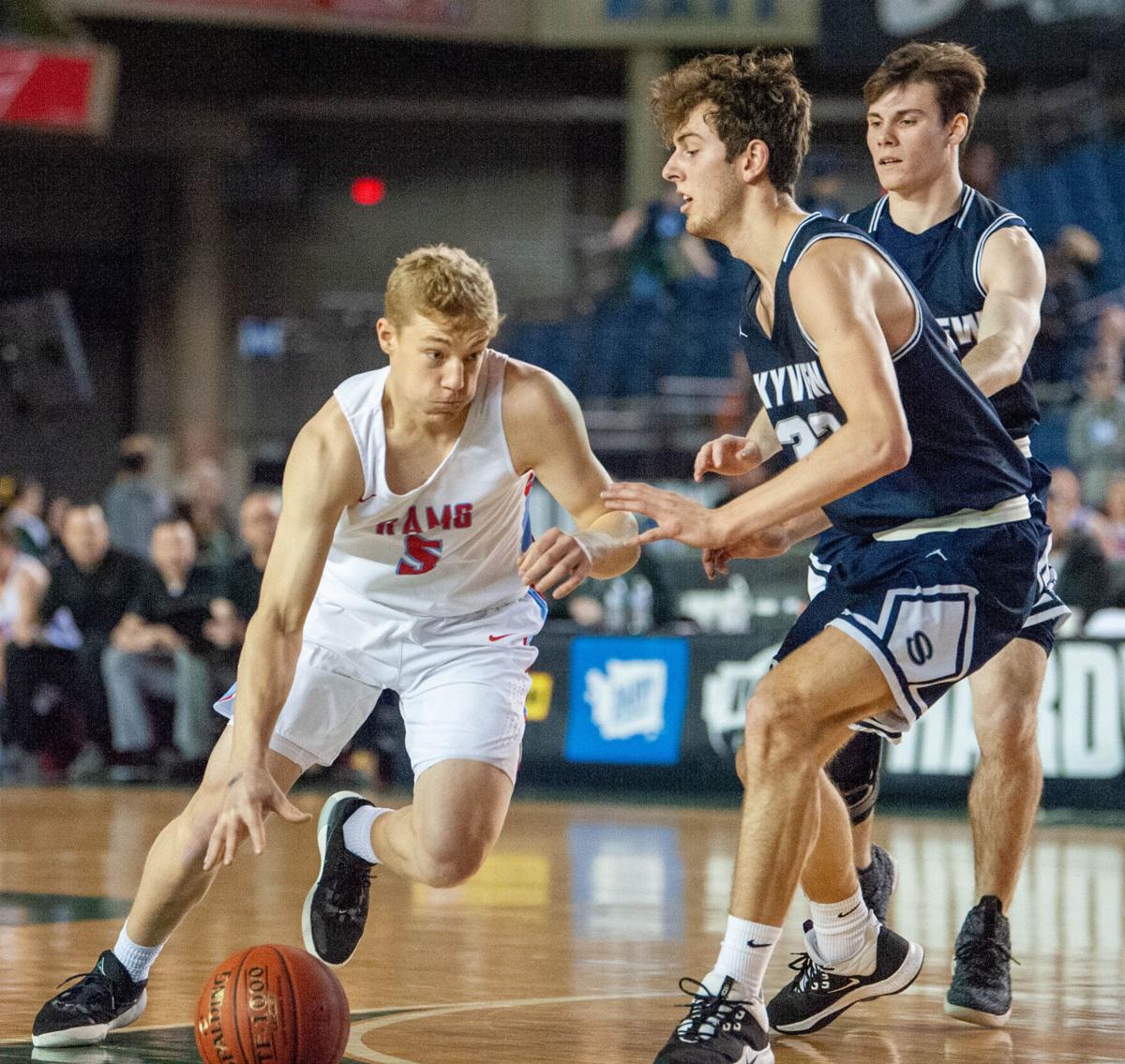 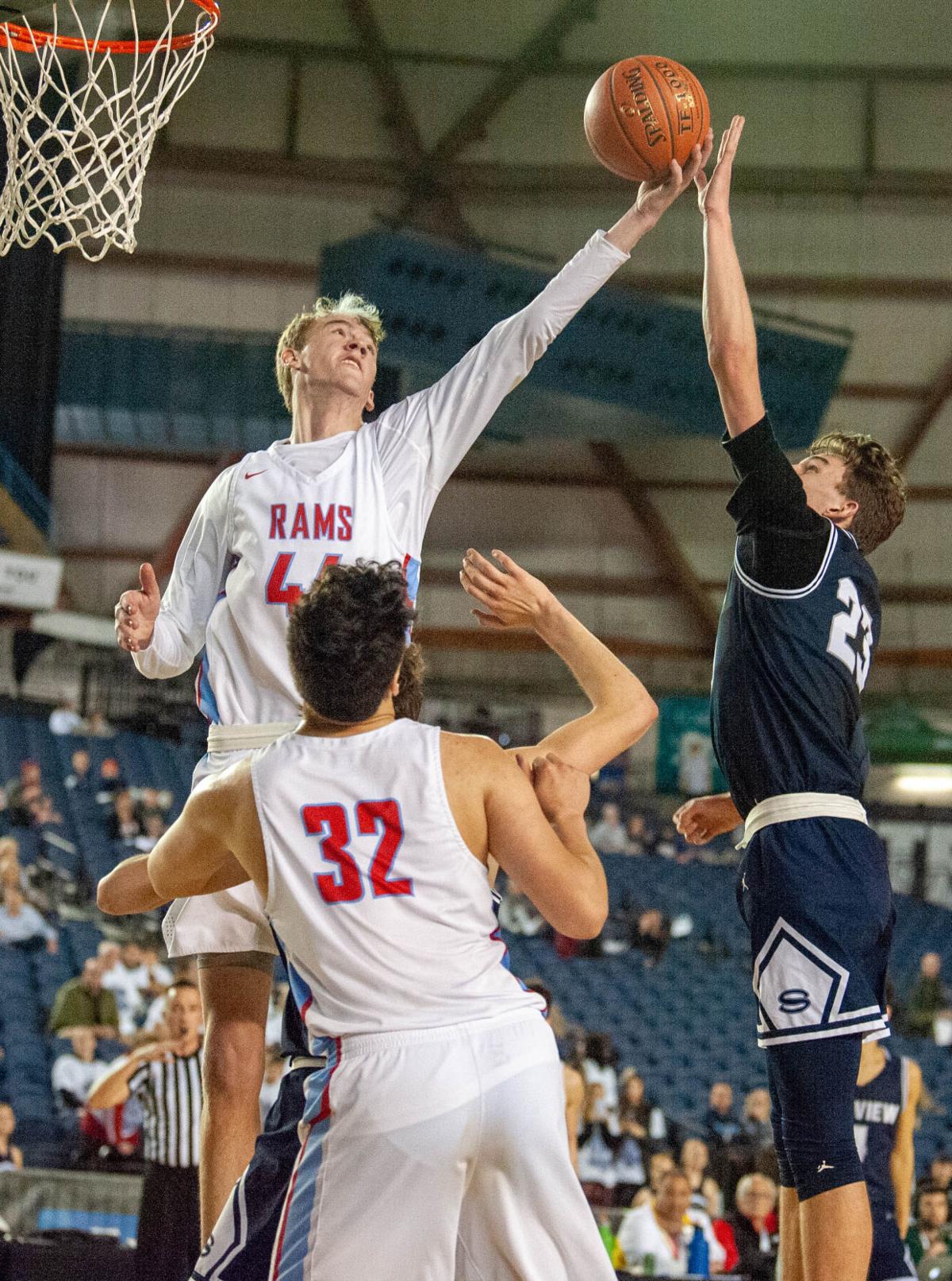 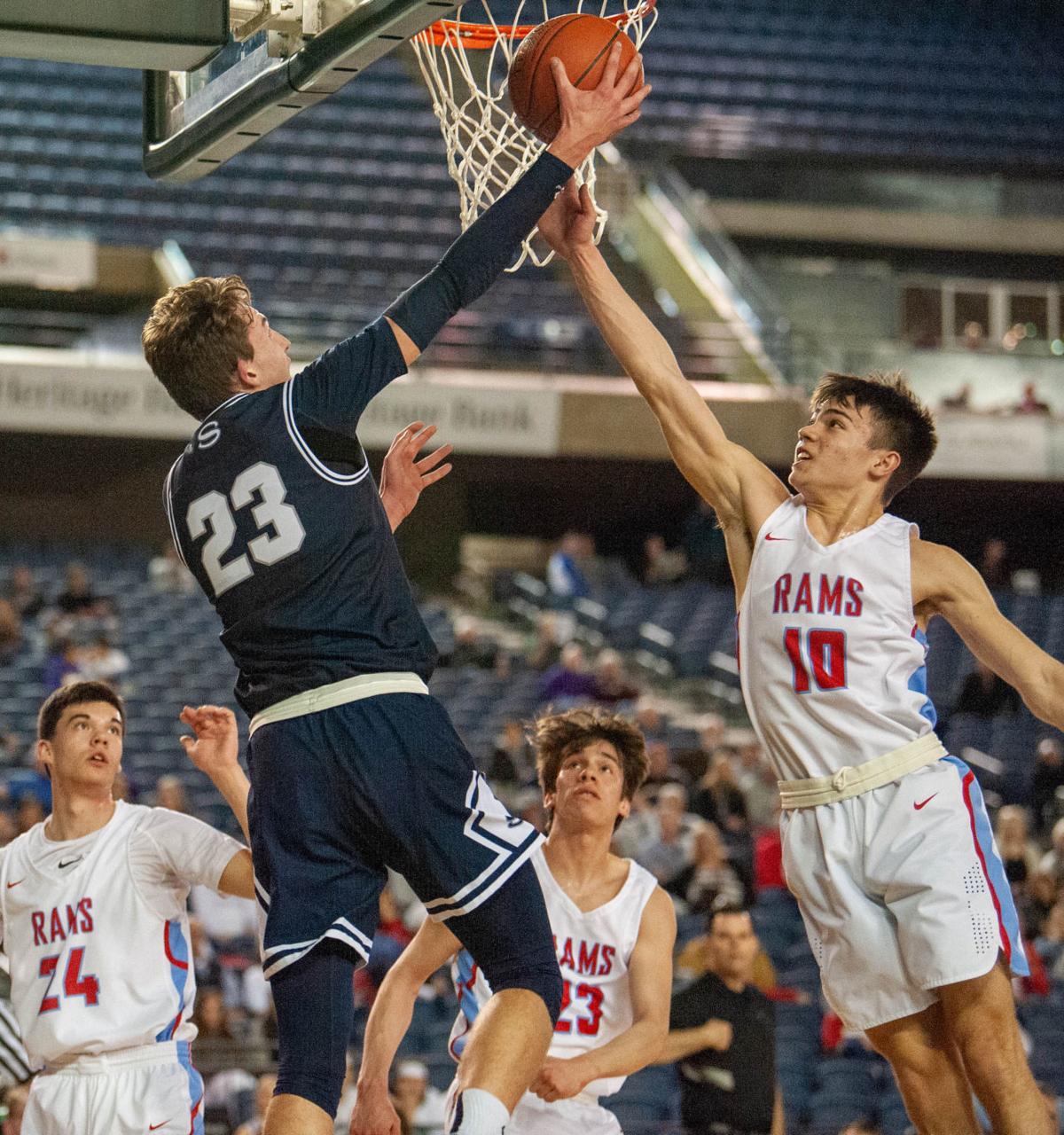 West Valley's Trey Funk escapes the defense of Skyview's Jace Chatman to score an early basket in the first quarter of a 4A round-of-12 game Wednesday at the Tacoma Dome. West Valley lost 47-31. (Joshua Hart/The Columbian)

TACOMA — It would have been a good time for the West Valley Rams to start a new streak.

Instead, the Rams will head back to Yakima a few days before they’d hoped.

West Valley got off to a quick start in its first-round Class 4A state boys basketball tournament game on Wednesday, but then went cold in a 47-31 loss to Skyview at the Tacoma Dome.

The loss ends a Rams season in which they won 17 games in a row but lost the final two — on Wednesday and last Saturday to Mount Si in the regionals. Skyview advances to play Central Valley in the first of four state quarterfinal games, at 3:45 p.m.

While it wasn’t the finish West Valley hoped for in Tacoma, things weren’t all bad, either. A good portion of this team’s core will return next season.

“I’m a senior, so I’m done,” said guard James Dorsett, who then nodded toward junior Logan Kinloch. “But for these guys, and the sophomores coming up, they’ve got a lot to look forward to.”

When Wednesday’s contest started, it looked like this team had at least one more day to look forward. West Valley scored the first six points of the game while defensively its zone bothered the Storm into seven first-half turnovers. With two minutes remaining in the quarter, it still was an 8-3 lead for the Rams (19-4).

But Skyview (19-9) scored the final five points of the quarter to get the game tied at 8-8 after one. West Valley then couldn’t get the ball to drop virtually at all in the second quarter.

The Rams shot just 26 percent from the field in the first half, and got outscored 16-4 in the second quarter as the Storm built a 24-12 lead at the half. Kinloch’s personal difficulties — he missed all eight of his shots — were a microcosm of the Rams struggles.

“The Dome is always a hard place to shoot,” Kinloch said. “It’s something you have to adjust to. We didn’t really do that.”

West Valley did try to make it contest early in the third quarter.

The Rams scored the first seven points after halftime, cutting the deficit to just five at 24-19 — including Kinloch’s first field goal of the game. The junior finished with a team-high nine points and five rebounds.

“We didn’t shoot the ball,” West Valley coach Jon Kinloch said. “And we’ve been a really good shooting team. I feel like we had a lot of balls that popped in and out today. And defensively, we played well enough to win a game. If we don’t have to foul there, we hold them to the low 40s.”

Leading by just those five points with 4 minutes, 38 seconds to play in the third quarter, Skyview ripped off a 12-2 run of its own to close out the quarter and build its lead back to 36-21 heading into the fourth.

The Storm then made nine of 11 free throws over the game’s final 4:06 to clinch the victory, and send West Valley into its offseason.

For the players, having the season last those few extra days would have meant something more.

“The losses you can accept,” Logan Kinloch said. “But really, this is the last time we’ll be on the floor with these seniors that we’ve been playing with since the fifth grade. So that’s hard.”