Ex-cop guilty of murder and manslaughter in Floyd case 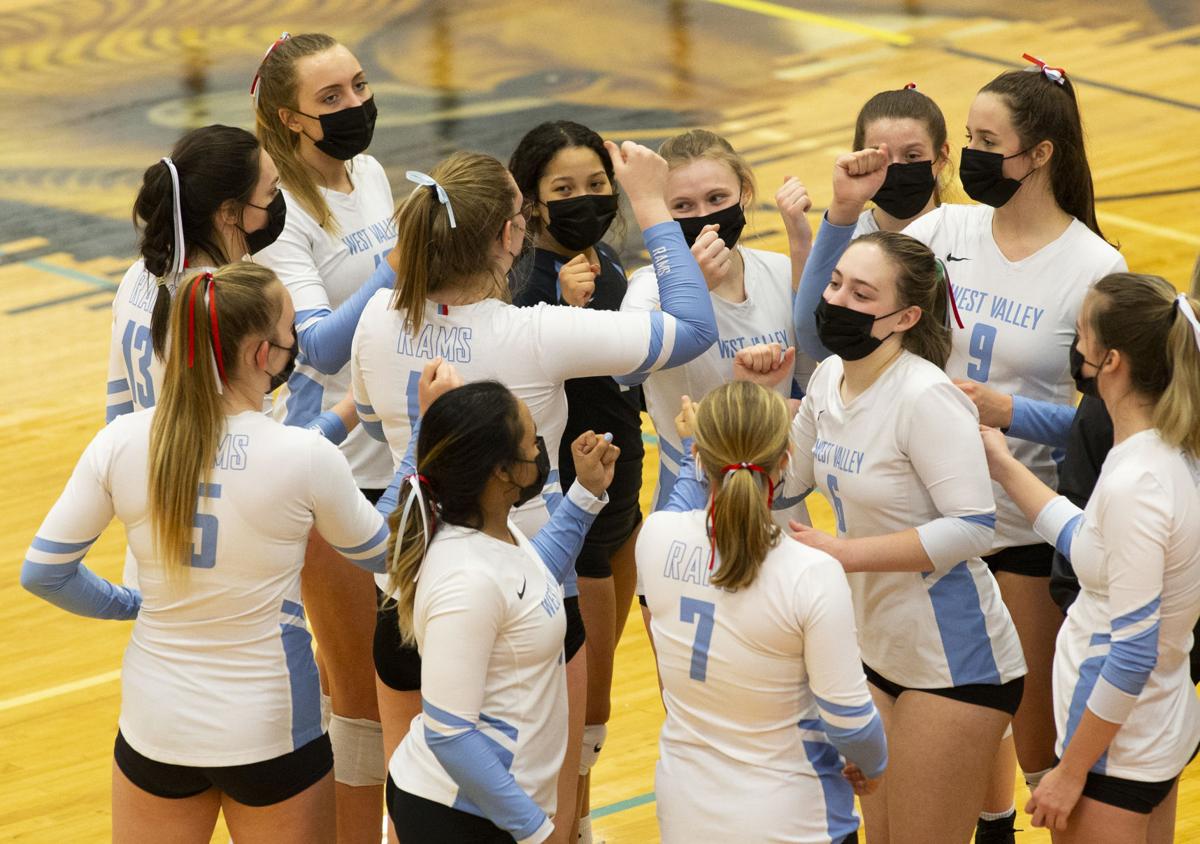 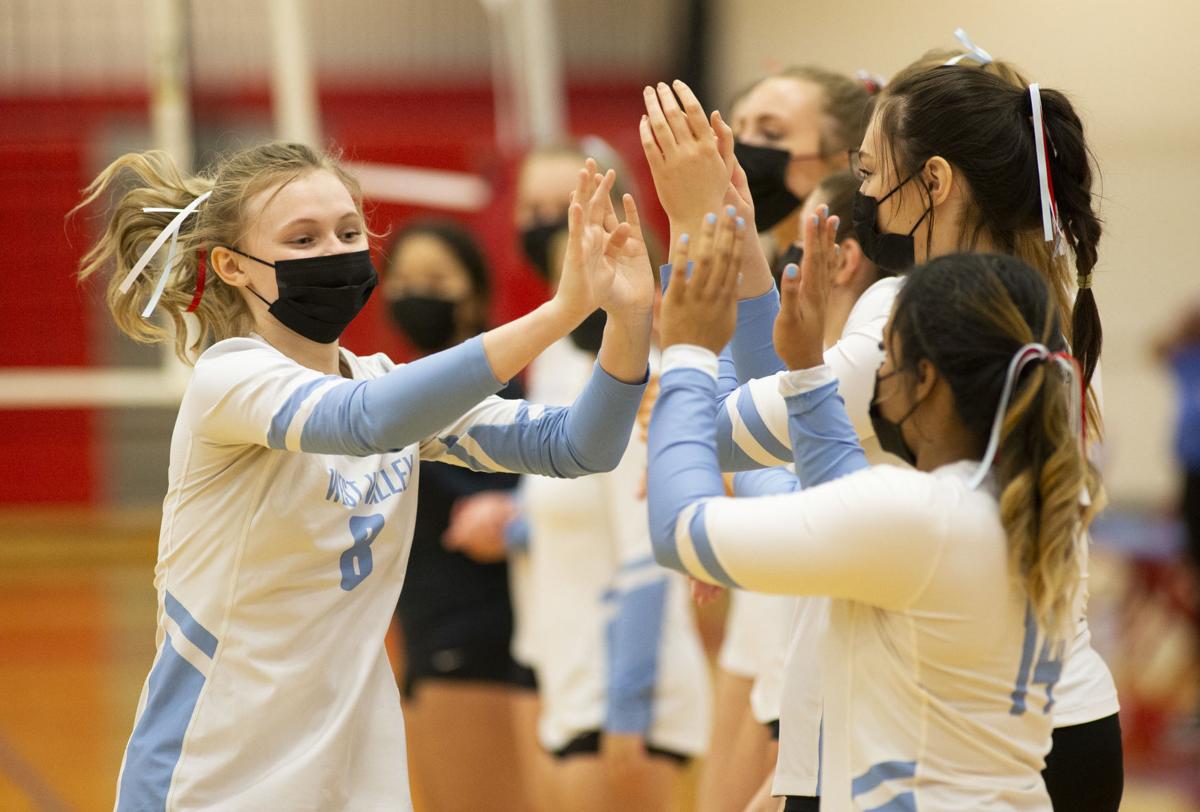 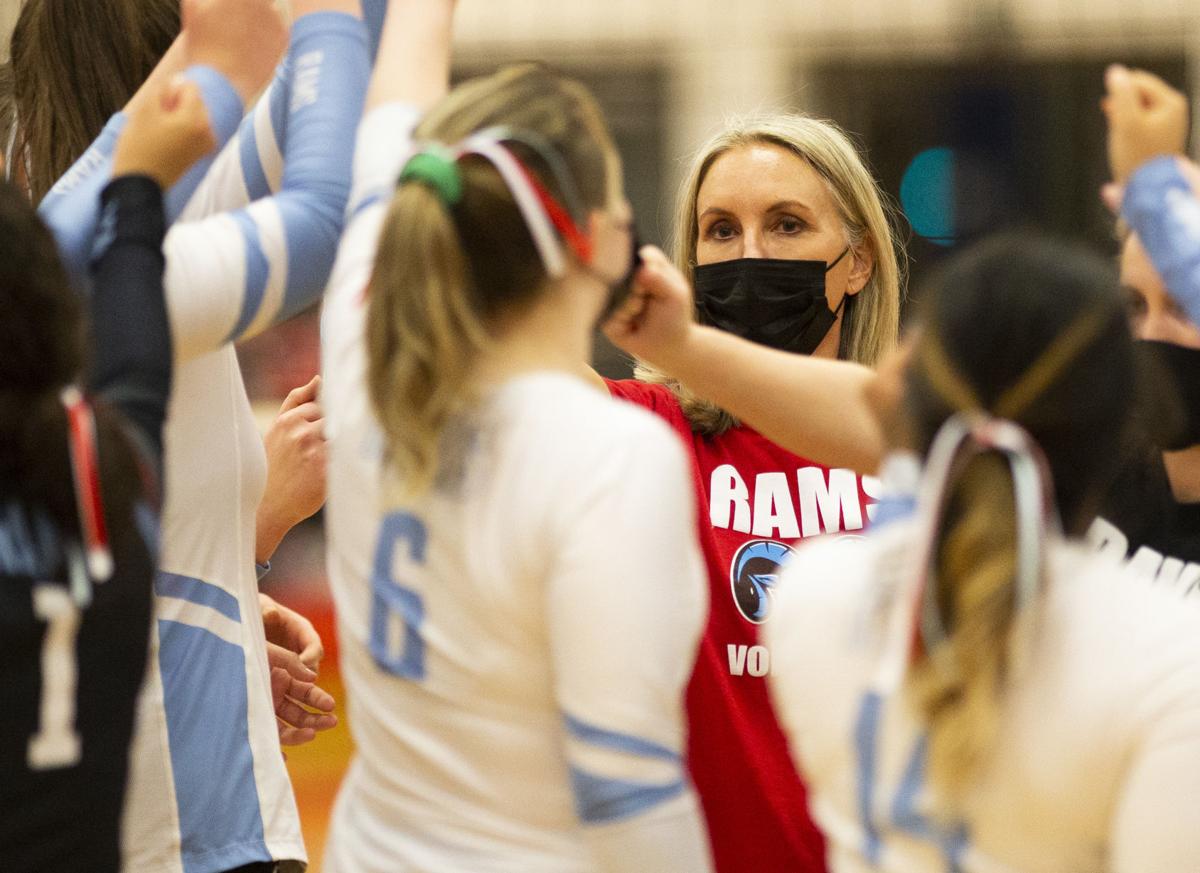 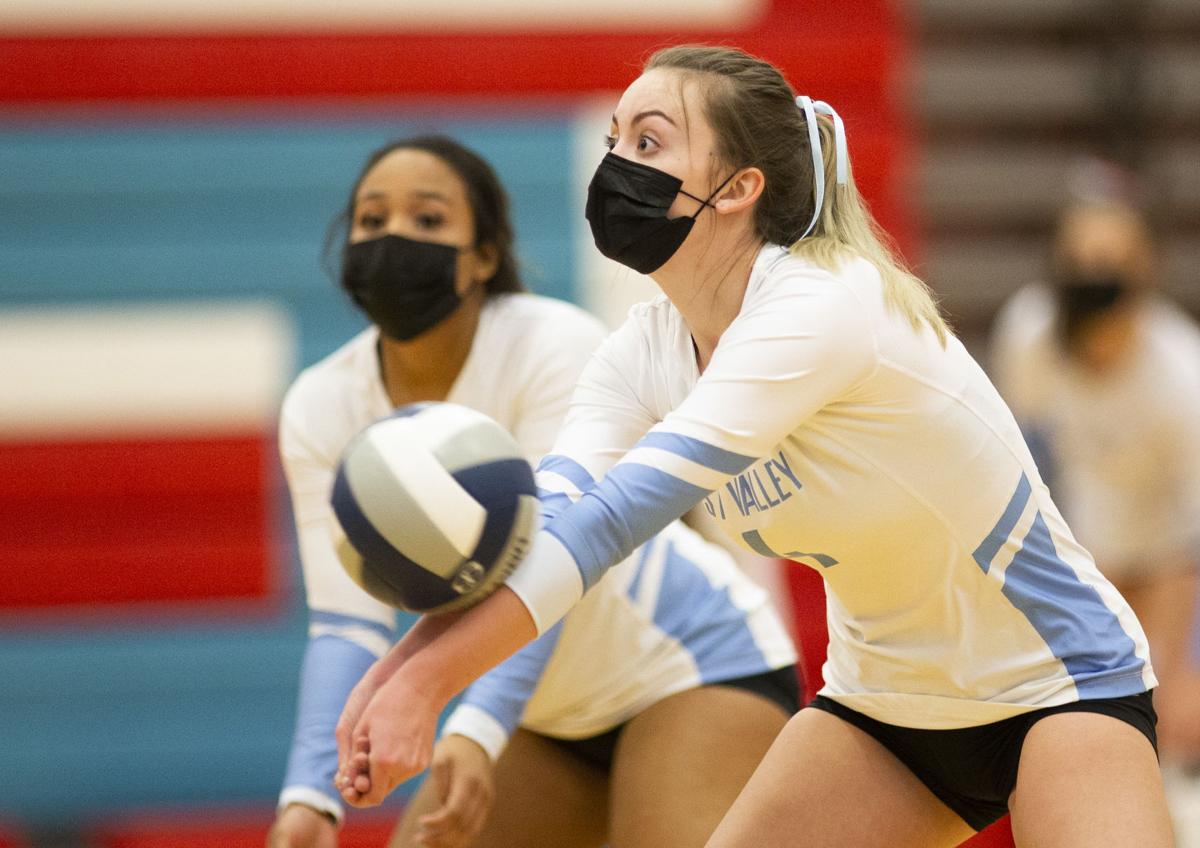 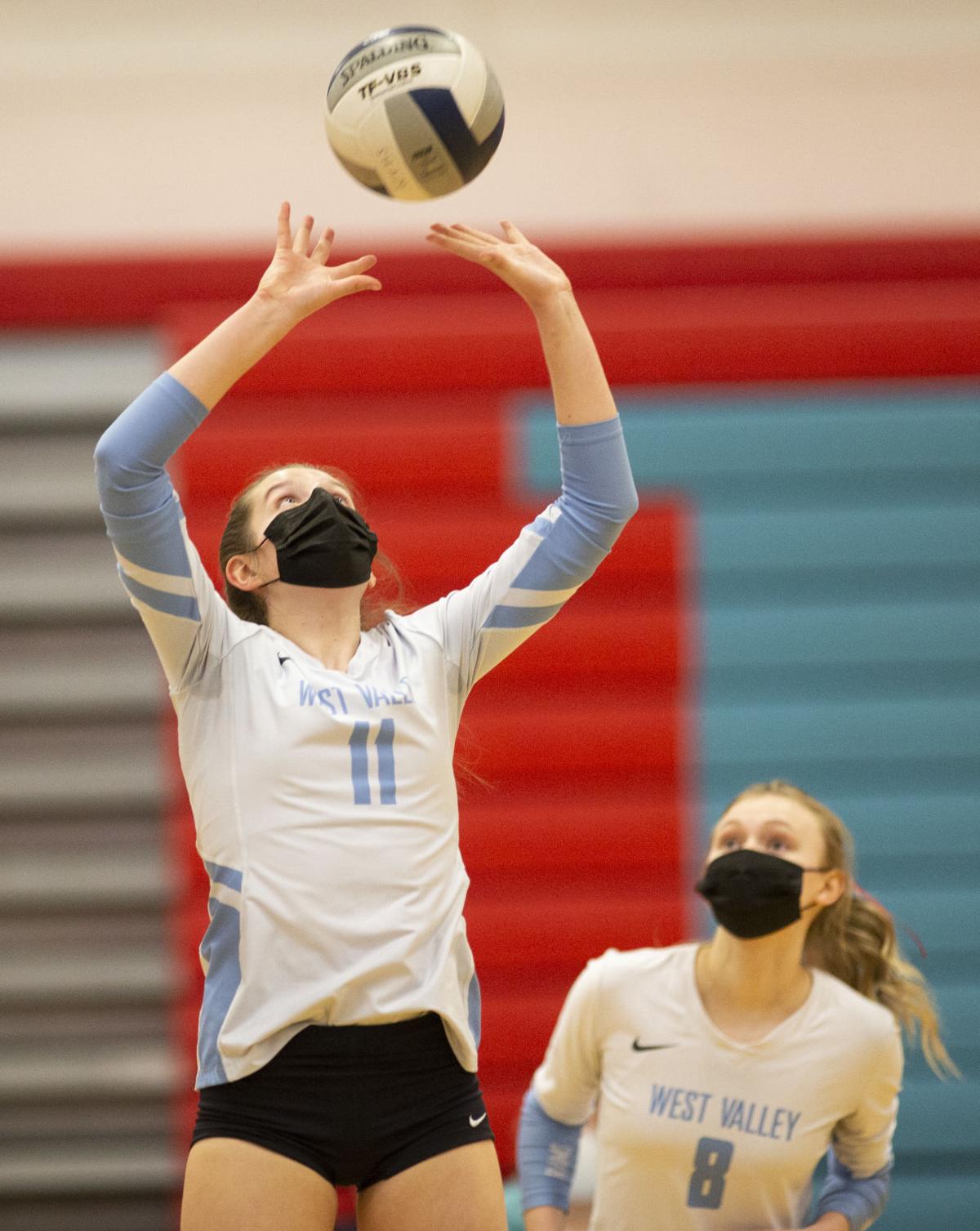 Lamenting what’s been missed is an understandable and easy thing to do these days. For high school athletes in particular, what’s been lost is a constant narrative that’s difficult to quiet.

But now that we’ve managed to have a much-belated fall season, of sorts, it’s clear that what we suspected all along is indeed true — teenagers are the resilient ones who can turn that dark narrative toward the sun.

"For such a short season, I had a lot of fun and thought it was awesome," said Rylee Almberg, a senior on West Valley’s volleyball team who played her final high school match on Thursday. "This was my favorite season, honestly, because of how close our team became through all this."

"Obviously circumstances could’ve been better, but I’m happy with what we did considering what we were given," said junior teammate Reese Groth as the Rams wrapped up a league title. "We didn’t get district and we didn’t get state, but we still got to play. We got to connect as a team."

There’s a special thread of gratitude these Rams shared during their six weeks together, which was half as much as normal and half a year later. More than just getting to play, it was the opportunity to extend the program’s streak of league titles to 11 consecutive years.

Almberg and Groth, who grew up watching that dominance, were both called up from the JV in 2018 for West Valley’s postseason charge to the Class 4A state title. To them, this wasn’t a one-off season or a gap year with an asterisk.

This was their turn.

"Those teams made our path for us and they’re big shoes to fill, but it’s so rewarding," Groth said. "I’m a Ram and I love wearing the jersey. We’re all so glad we got to play, so we could keep the tradition going."

It was not easy.

While nobody will ever need a reminder that the 2020-turned-2021 season was made so by a global pandemic, West Valley’s quest to keep its hard-earned tradition going was nearly undone by COVID-19.

After battling to beat CWAC co-champions Ellensburg and Selah in five sets during their one-week preseason, the Rams were cruising along with a 5-0 record in CBBN South play with four matches left.

But a positive COVID test slammed the brakes on everything and sent the varsity team home for a week.

"That was definitely heartbreaking," said coach Jill O’Brien. "We have such a short season as it is, so to miss a week of practice and two matches was really hard on them. But they’re resilient kids, and I’m glad they got one last week and senior night."

During the varsity’s hiatus, West Valley’s JV moved up and filled the void, splitting the two league matches. That proved very helpful as the Rams finished 8-1 — one game ahead of runner-up Sunnyside.

"The JV stepped up for us and I'm so proud of them," said Groth. "It was a tough challenge and they just ran with it. It shows the backbone we have in the program."

"It was really hard to quarantine for a week and not play," added Almberg, one of four seniors on the team. "You look forward to senior night your entire career and I’m so glad we got to do that. While we couldn’t play, the JV was amazing and really stepped up."

How ironic that everyone played a role in keeping it rolling for a program that has now won 125 of 127 league matches over 11 seasons. The Rams have had eight league MVPs during the current run and competed at three different levels — 4A, 3A and 2A. It's a run that started about the time Almberg started playing in third grade.

"I've gone my entire life playing volleyball and never even had a two-month break," she said. "To go 10 months (when she last played club ball) without playing the sport I love, that's really hard. But that's what really brought us together, and I know a lot of teams feel that way."

For the longest time as fall rolled into winter and the new year came, it was one piece of bad news after another. Even as plans moved forward for a modified season, there was every reason to hold excitement in check. There would be no postseason, the league would be reduced to four teams and there would be four weeks of basic round-robin play. Moreover, standout Mackensi Meluskey had moved away last summer to play her senior season in Arizona.

And yet, when the six weeks had dashed by in a blink, the emphasis was on what hadn't been missed. However abnormal the opportunity was, it had been seized and with a program's history in mind.

"I'm so glad we got the six weeks," Almberg said. "Just to be a part of this team and to have that chance. We almost missed that."

"I got to a point where I didn't expect us to have a season," Groth admitted. "So I'm just so happy we got to play. You learn about taking things for granted. What we accomplished this season was really important for taking into next year, when things will hopefully be more normal."

Valley's notable streaks for consecutive years with a league championship: