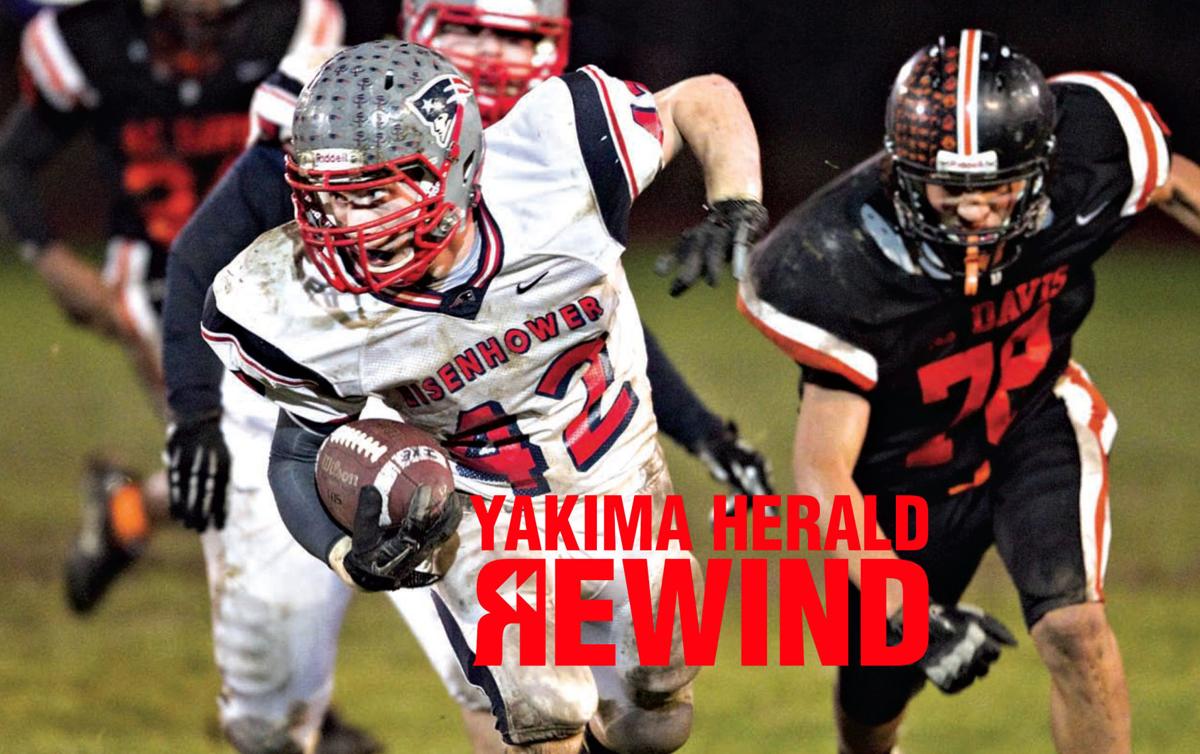 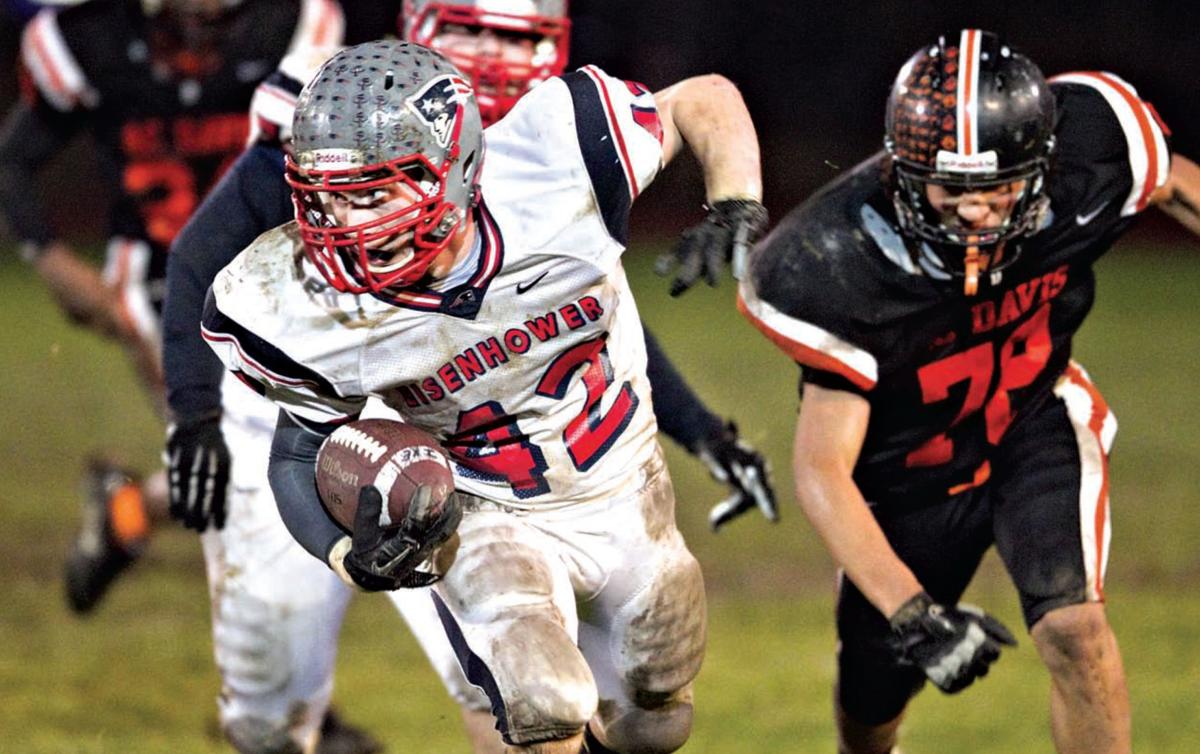 When you race for 78 yards on your first carry, you know it's going to be a good night. But a state record?

Eisenhower's Branden Curtis not only took down a 34-year-old Valley rushing record with his 488-yard night against Davis, he claimed a Washington all-time prep record in the final game of his Cadet career.

The irony was Blaine's Mario Gobbato also broke the previous record that same night in 2012, running for 480 yards only to find out the next day what Curtis had done.

At the conclusion of his record-setting night, produced on a muddy track and within the adrenaline-flooded environment of a crosstown rivalry, Branden Curtis was still light on his feet.

Because in the aftermath of Eisenhower’s season-ending 34-13 victory over Davis, the 5-foot-10, 170-pound senior was hoisted onto his teammates shoulders Friday night and bounced triumphantly into the still-moist air in Zaepfel Stadium.

Curtis carried the ball 47 times in the drizzle that turned to rain and eventually subsided, and gained 488 yards to set an all-time state record. He also scored four touchdowns.

Once he returned to earth — literally, at least — Curtis was asked the obvious question: So Branden, you tired?

And who could argue, especially on an evening like this.

Though the Cadets were denied their wish of reaching a playoff for the CBBN championship via Eastmont’s win over Moses Lake, they defeated their young and injury-riddled rivals for the second time this season to finish 6-3 in league play and 7-3 overall.

All this despite an injury-induced midseason identity change that saw Ike become a ground- and time-chewing running team after the loss of senior quarterback Kolney Cassel.

This, however, was a bit extreme even for the new-look Cadets.

"To be honest," coach Dan Eyman said, "we weren’t planning on using Branden that much. I mean, for however many times he carried the ball, which I’m sure was a lot. But the way things evolved, it made no sense to go in a different direction."

So it was Curtis left, Curtis right, Curtis up the middle and wherever else the running lanes provided by his bruising offensive line would take him. Most of the time, in a Wildcat formation, Curtis took the snap from center and simply took off.

Another factor was that with Curtis grinding away, Davis’ explosive offense stayed off the field.

And the Pirates provided a quick and jolting look at that potential, with sophomore quarterback Elias Moctezuma connecting with senior wideout Carlos Vijarro for a 63-yard scoring strike on the game’s fourth play.

Numbers? Moctezuma, who already surpassed the 1,229 sophomore passing yards of Deion Wright, who’s presently redshirting at Western Oregon, on this night threw for 291. He completed 14 of 22 passes without an interception despite sometimes struggling to plant his feet on the slippery surface and often under a heavy rush.

Vijarro, meanwhile, had nine catches for 231 yards and both Davis scores. His second TD came on a 51-yard bomb, and brought the Pirates to within 14-13 with 8:28 left in the first half.

But that would be it for coach Rick Clark’s crew, which simply could not slow Curtis.

"This was an awesome experience, going out like this," said Curtis. "It turned out to be our last game, and we’re disappointed about that, but this was the way we wanted to finish if we weren’t going on.

"And none of this would have happened without my fullbacks and my offensive line. Their blocking was phenomenal, and they’ve been great all year."

For Davis, an 0-10 finish was tempered by the presence of Moctezuma, fellow sophomores Ketner Kupp, Jesse Nickens and a roster full of other promising underclassmen who figure to make the Pirates a future force to be reckoned with.

As for his own squad, Eyman shook his head and smiled.

"When we were at the WSU camp back in Pullman last summer, and you’d told me that with all the injuries, suspensions and other stuff that would happen to us that we’d still finish 7-3, I’d have taken it in a heartbeat."