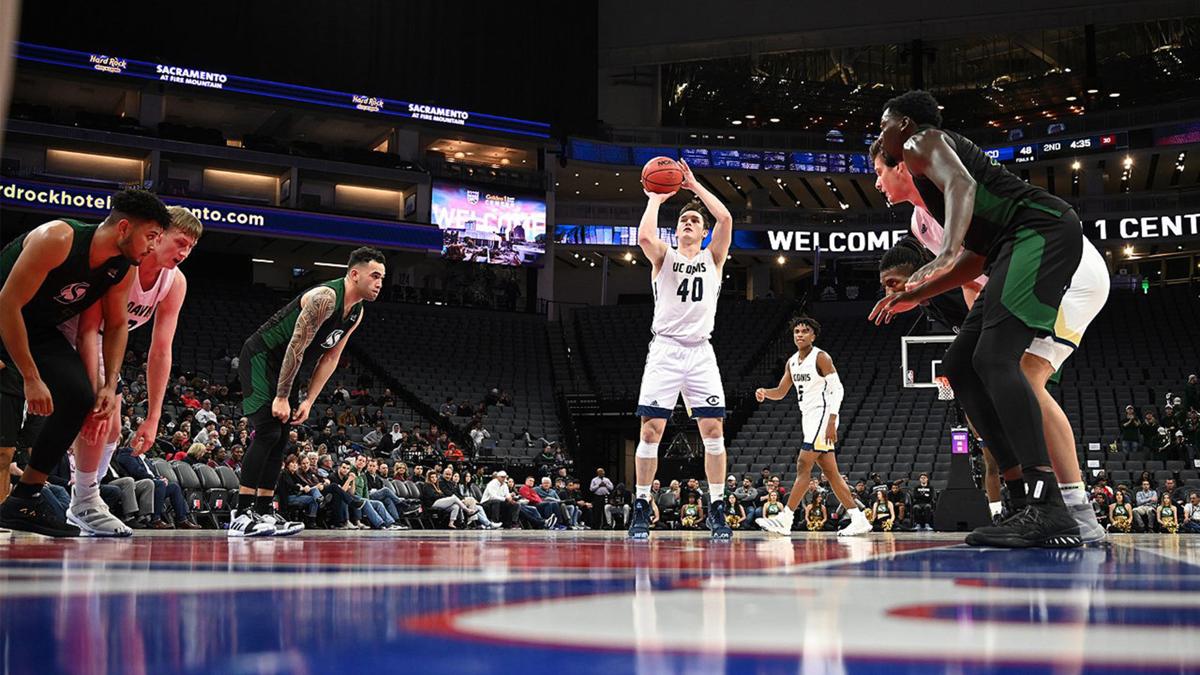 UC Davis’ Elijah Pepper shoots a free throw during a November 2019 game against Sacramento State at the Golden 1 Center in Sacramento. 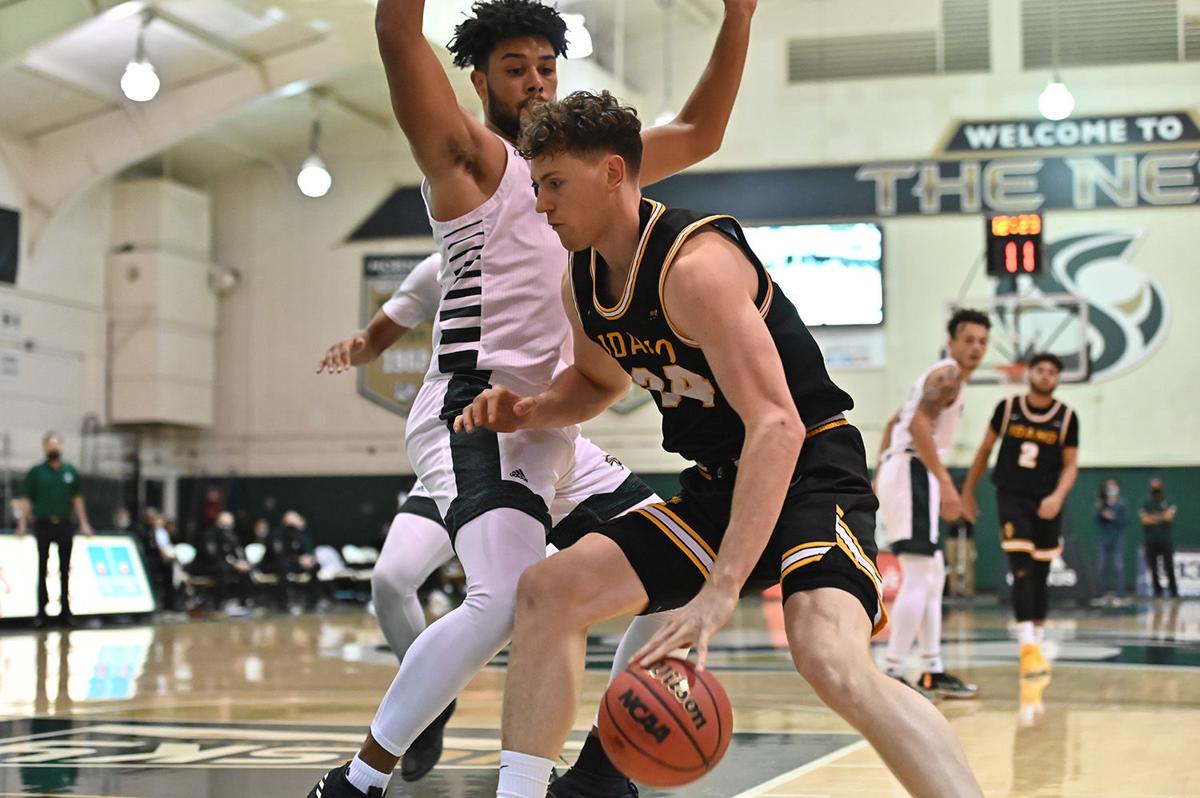 UC Davis’ Elijah Pepper shoots a free throw during a November 2019 game against Sacramento State at the Golden 1 Center in Sacramento.

As feared and expected, the start of college basketball has come in fits and starts with pauses, postponements and cancellations amid a second wave of COVID-19 spikes.

And while Central Washington University and Yakima Valley College have opted out entirely, the season has started with a handful of Valley athletes — most notably Prosser's Scott Blakney and Selah's Elijah Pepper — experiencing those fits and starts first hand.

Blakney, a 6-foot-8 forward in his fourth season at Idaho, has scored 12 points in each of his first three starts, hitting 17 of 31 shots. On Wednesday, he scored the first and last basket for the Vandals in a tense 61-58 loss at Washington State.

A three-year recipient of Big Sky All-Academic honors, Blakney has started 61 games since the start of his sophomore season and shot 57.3 percent from the field during that time. At the conference's media day last month, he talked about his long summer and simply getting back on the court.

"It was super tough, especially in the beginning, just to find a gym to get into. I stayed in Moscow all summer and for a while everything was shut down," he said. "So now, it's kind of unreal to think we're actually starting practice. For the longest time there was that uncertainty if there would even be a season. So I couldn't be more excited to get going."

But it hasn't been smooth. Idaho's first three games at a tournament in Portland two weeks ago were all canceled, and Monday's game at Gonzaga was also canceled when the Zags paused competitions through Dec. 14.

Pepper, a sophomore at UC Davis, has played in four games and was sharp in the Aggies' last two wins, scoring a total of 27 points on 10-for-18 shooting with two 3-pointers, nine rebounds, four assists and four steals.

UC Davis, however, had both its games this week — Tuesday at California Baptist and Saturday at Pacific — canceled due to updated travel restrictions. The start of Big West Conference play is scheduled for Dec. 27.

After a redshirt season at Eastern Washington, Ellensburg's Steele Venters made his collegiate debut on Monday and it was a memorable one. He hit both his 3-point attempts and had a steal during eight minutes of play toward to end of a 69-52 loss at Oregon.

Venters' second triple cut Oregon's lead to 57-50 with 4:36 to play. The Eagles, who gave Arizona a serious scare last week, had Wednesday's game at UNLV canceled and were schedule to host College of Idaho on Friday.

Also in the Big Sky, West Valley's Conner Turner, a freshman at Idaho State, made his collegiate debut on Nov. 27 against Nicholls State and Wapato's Tarryn Hart, a junior at EWU who transferred from YVC, is awaiting her first minutes for the Eagles.

In the West Coast Conference, Gonzaga isn't the only one having issues. Far from it.

Sunnyside's Ashlee Maldonado, a sophomore at Santa Clara, hasn't played a game yet and, due to county restrictions that have greatly affected Stanford and the San Francisco 49ers, the Broncos have moved practices to a neighboring county. Santa Clara is, however, planning to open its season next week with four nonconference road games.

La Salle's Malachy Caffrey, a freshman at Pepperdine, made his collegiate debut on Nov. 25 against UC Irvine.

While CWU and five other schools opted out of the GNAC basketball season, four are moving forward. Saint Martin's, Seattle Pacific, Alaska Fairbanks and Northwest Nazarene hope to start a 12-game, eight-week conference season on Jan. 15.

Ellensburg's Coleman Sparling will play for his fourth college in four years, this time at Fairbanks for his father and former CWU coach Greg Sparling. After a redshirt year, Coleman Sparling has played at CWU, Southern Idaho and Texas-Arlington.

Wapato's Janealle Sutterlict, a sophomore at Saint Martin's, averaged 8.8 points and 27.1 minutes as a freshman with a season-high 25 points against Dixie State.

Saint Martin's was scheduled to host the GNAC men's and women's conference tournaments but they were canceled due to the limited number of teams.

Sunnyside's Emilee Maldonado and West Valley's Elly Teske, both seniors at Providence in Montana, are slated to open a Frontier Conference-only schedule on Jan. 4.

The Cascade Conference moved the start of its season a second time and is planning to launch a conference-only slate on Jan. 8.

Zillah's Scotty Burge, a senior at Oregon Tech, started all 32 games for the Owls last season and has played in 100 games over three seasons. Grandview's Grace Meza, a junior at Northwest, played 20 minutes in Thursday's exhibition against Seattle University and finished with five rebounds and a 3-pointer.

Sunnyside Christian's Sailor Liefke, the NWAC East's MVP as a sophomore last season at Walla Walla, is awaiting her junior debut at Eastern Oregon. White Swan's Jessica Cheney, a former teammate of Liefke's at Walla Walla, is at Multnomah along with Teddy Rodriguez, a freshman from Eisenhower.