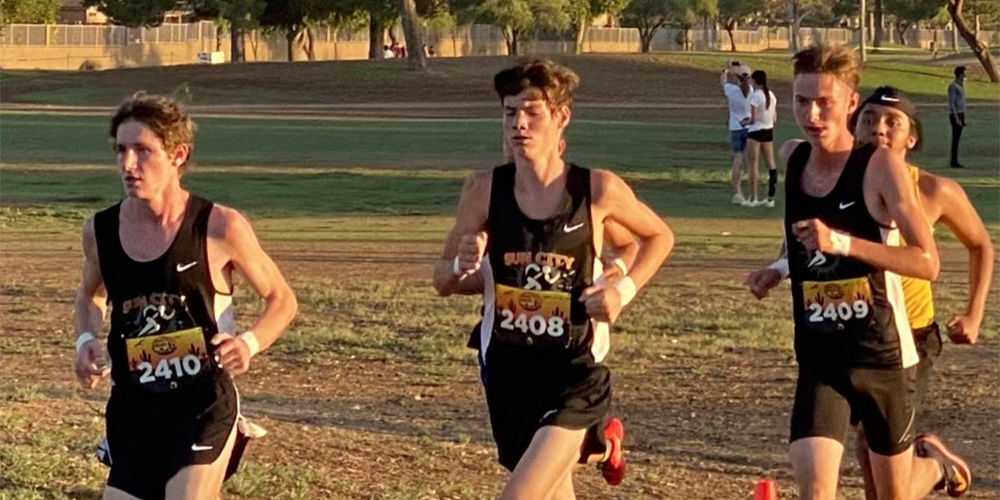 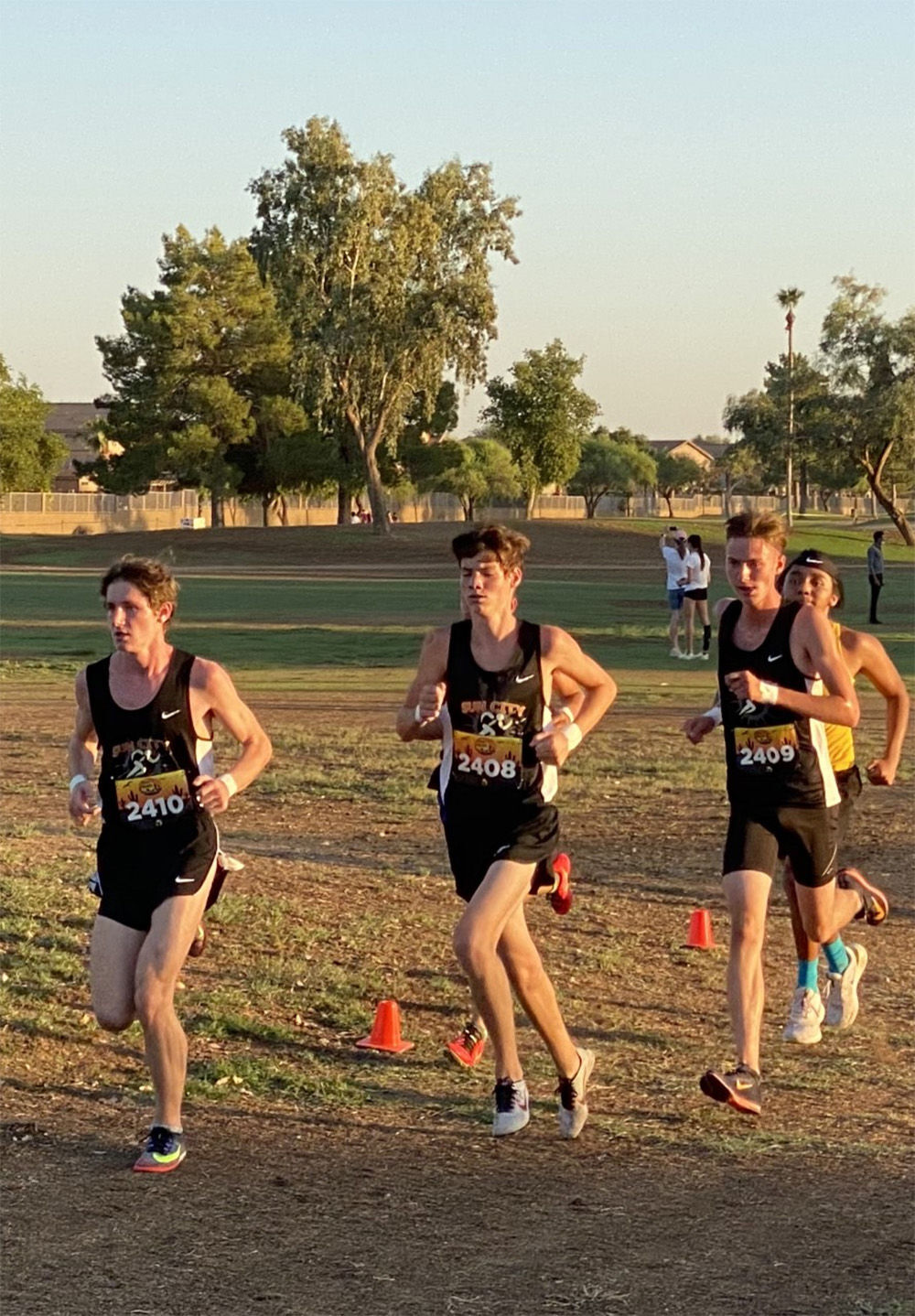 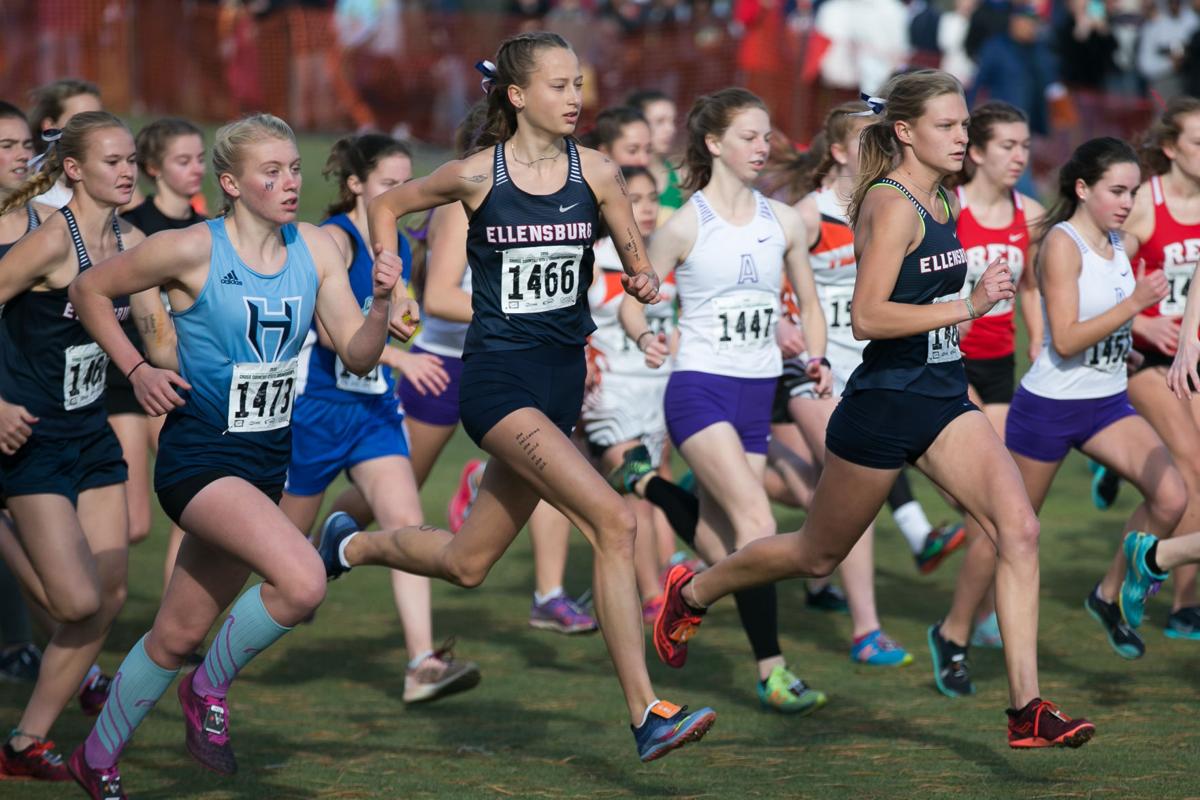 If ever there was an athletic activity that would be reasonably safe during a pandemic it would be running outdoors.

But to do it in groups — even small ones — took quite some time, especially locally. But when Yakima County was moved up to Phase 2 of the state’s Safe Start reopening plan a month ago one youth group jumped all over it.

The Sun City Harriers, coached by Erik and Aleah Mickelson and Chris Waddle, quickly pulled together a four-race schedule with the third event held Saturday at Sozo Athletic Complex, where runners from Washington and Oregon competed in a variety age-group races.

For the older kids, who had their high school cross country seasons moved to 2021, there have been and will be even greater opportunities for competing in the weeks ahead.

Sun City took a group of seven boys and seven girls to Arizona for a big youth event a month ago, and the Harriers are currently fundraising for a trip to the AAU National Cross Country Championships in Florida on Dec. 5.

Most of the high school runners reside within the Yakima School District, which hasn't had on-campus learning since March, and Waddle believes these opportunities are crucial for this age group in particular.

"This group of kids has worked really hard under difficult circumstances," he noted. "Kids had a choice — succumb to their environment or control what they can. They have chosen to work hard everyday and overcome our COVID obstacle."

It certainly hasn't been easy.

Protocols for the Sun City races, which culminate on Nov. 21 with a Meet of Champions at Sozo, are extensive. Each race has a staggered start with no more than 10 runners in each wave, which begin two minutes apart to spread runners evenly over the course. No finish chute is used to avoid congestion, and the courses, which range from 2,000 to 5,000 meters, have wider than normal layouts. Parents and fans are required to wear masks.

Sun City coaches are following state and local guidelines and those of the USATF, which governs most levels of youth athletics.

Most of the Harriers' 15-18 age roster is comprised of Eisenhower students, but two standout girls from the CWAC — Ellensburg's Kate Laurent and Wapato's Crystal Colin — have raced for Sun City this fall and are planning to make the trip to Florida.

The Meet of Champions in two weeks already has well over 100 runners signed up for eight youth races. It will be the final tune-up before Sun City's trip to Tallahassee, Fla.

More information on the Meet of Champions can be found on athletic.net, and anyone interested in supporting Sun City's trip to Florida can visit https://gf.me/u/y4part.