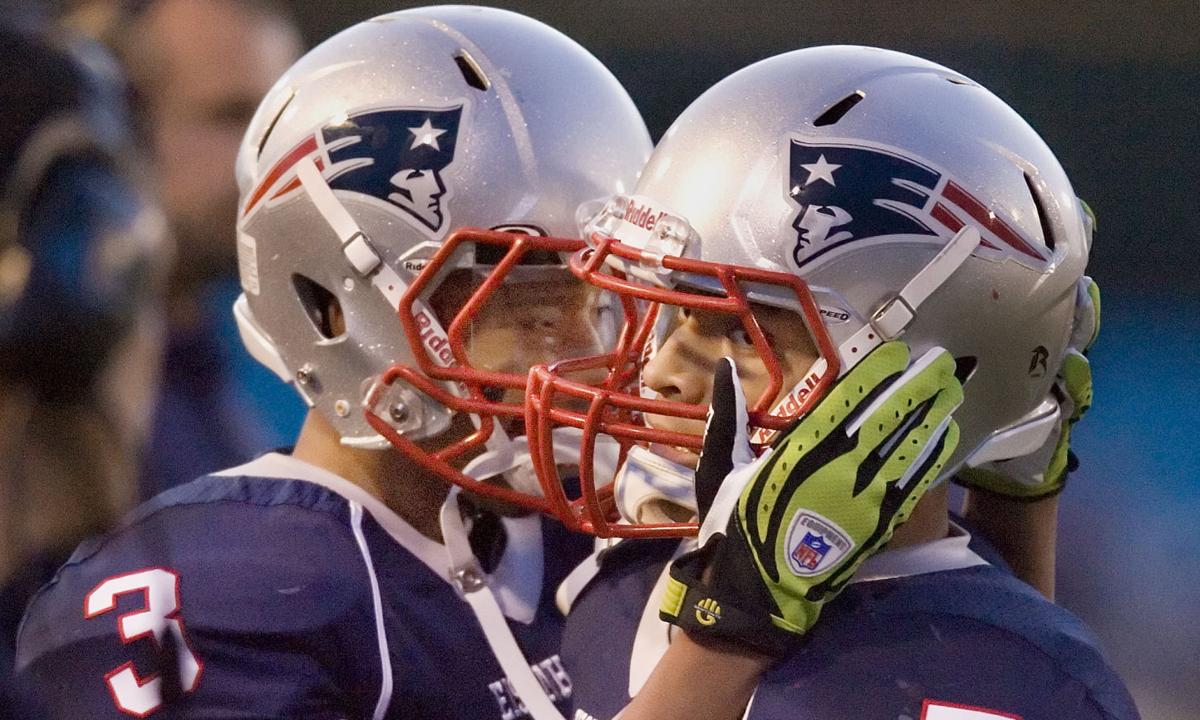 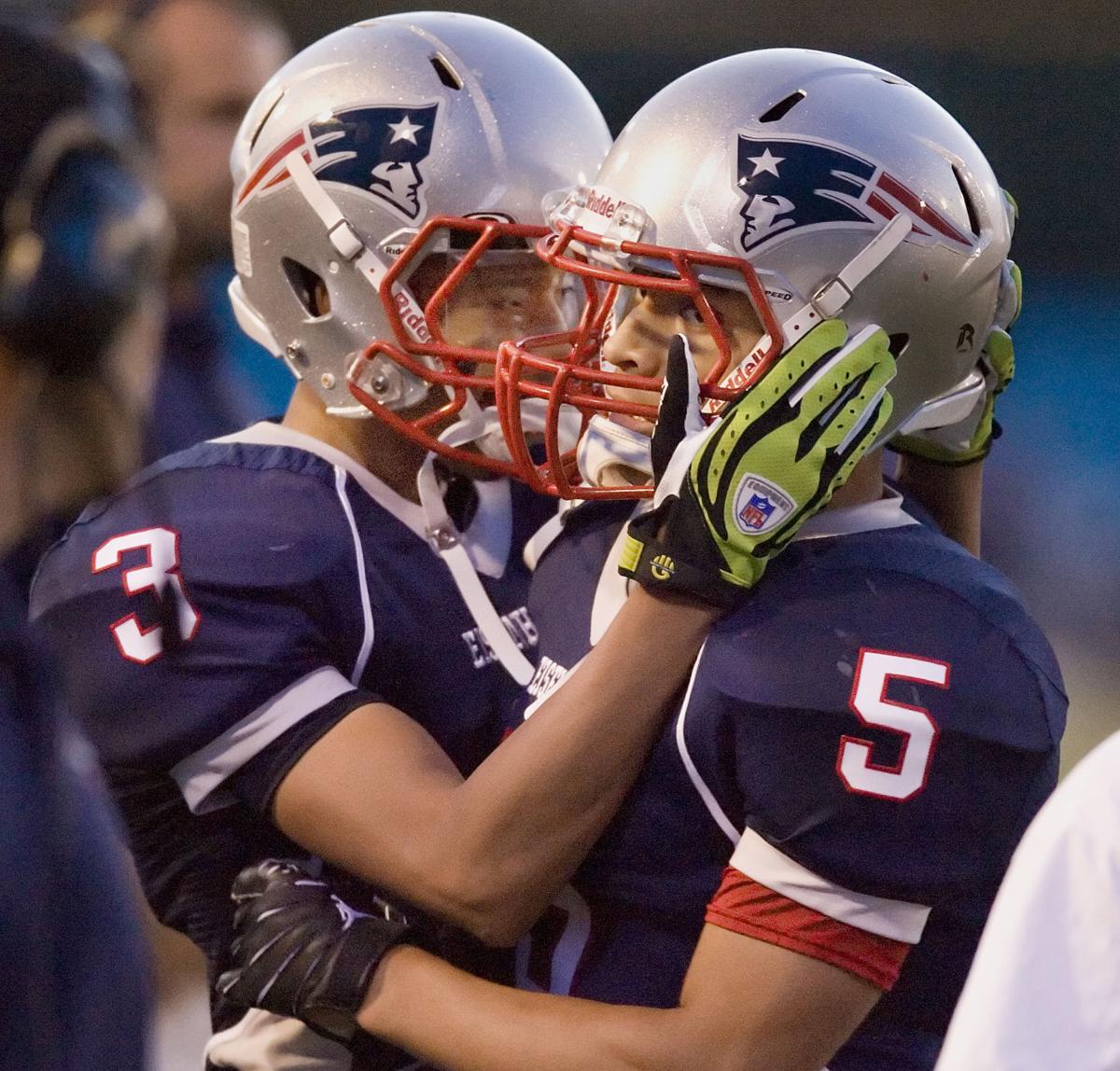 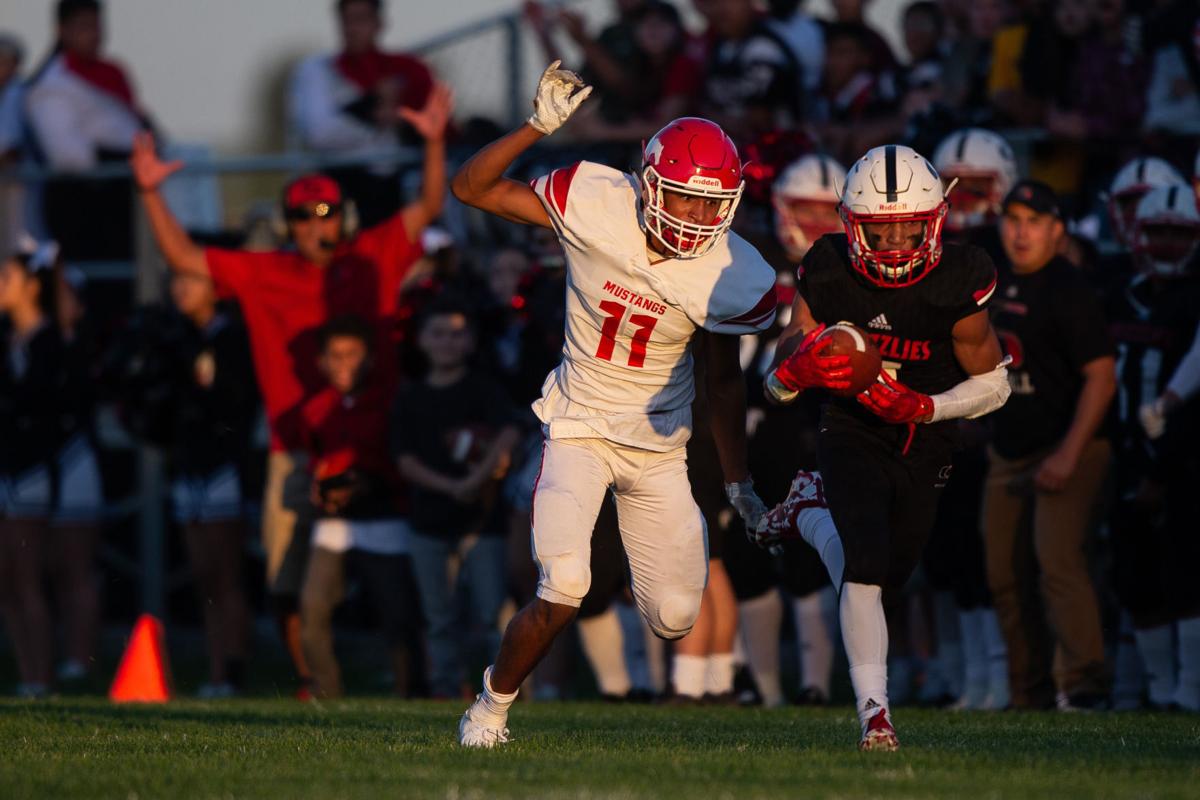 Sunnyside wide receiver Mike Rivera runs down the sideline for a touchdown against Prosser on Aug. 31, 2018 in Sunnyside

Sunnyside wide receiver Mike Rivera runs down the sideline for a touchdown against Prosser on Aug. 31, 2018 in Sunnyside

They aren't contests of finesse or, for the most part, aesthetically pleasing to watch. In fact, many are down right ugly.

Penalties, mistakes, turnovers, miscommunication, nerves — you name it. And the cramps, oh, the never-ending delays for cramps.

But the first games of the high school football season will always be special. The first Friday night when it's still warm and light deep into the game, all the promise and excitement not only for a team's season but an entire school's new year.

But, of course, this time isn't that time. And the loss was certainly felt two days ago when the lights were painfully unlit.

We will only be able to imagine the warmth and light when this season, if all goes well, actually opens with games on March 5 next year thanks to our pandemic-modified 2020-2021 athletic year.

So to ease our late-summer withdrawal, we present the Valley's top 10 best season-openers. This is nothing more than a subjective pass through the last 60 years, which is as far back as our digging allows.

Even if 2020 is the year of what could have been, at least we have plenty of memories to fall back on. And a nostalgic bridge to next spring when the lights, hopefully, come back on.

Considering that 2009 was Eisenhower's best season ever and Davis didn't win a league game, you'd never expect this result.

But you remember that old rivalry axiom which says you can throw the records out for such a game? Well, let's just say they threw out the records that were yet to come.

Antonio Martinez hauled in three touchdown passes from James Lopez, the last coming in overtime as the Cadets finally subdued Davis and took their first step toward the state quarterfinals and an 11-win season.

Maybe it looked like a mismatch early on when Martinez scored twice in the first period and Ike rolled out to a 20-7 lead. But the Pirates, with Cooper Kupp as a sophomore, rallied with two field goals and Mitchell Vinsant's touchdown run to pull even with 1:45 left in regulation.

"It was just killing me the way things were going, but I was also grinning a little because this was a great rivalry game," said Ike coach Dan Eyman. "I couldn't hear myself think, the crowds are going nuts and the kids are playing their hearts out."

This was actually a non-league game, which is why it was a season-opener. In 2008 and '09, the two Yakima schools were in opposite divisions of the CBBN.

Sophomore Brodie Carmichael had himself quite a varsity debut, nailing a 45-yard field goal in the first half and then, after missing one in the first overtime, connected from 37 yards for the game winner.

Evan Brady recovered two fumbles for Davis' defense, including one to end Selah's possession in the second overtime.

Both teams had first-year coaches — George Perry at Davis and Tim Aberle at Selah. The Vikings went on to finish 5-1 in the Mid-Valley League and earn a trip to the state playoffs.

Quarterback Derrick Escamilla's 27-yard touchdown run on fourth down with 1:25 left gave Sunnyside its first win over Prosser in 37 years.

Mike Rivera caught a pass from Escamilla and went 75 yards for the first score of the game.

The victory wasn't secured, however, until Prosser's fourth-down pass to the goal line was errant as time expired.

Sophomore Haden Hicks was a force even at this young age as his third touchdown catch gave the Mustangs a lead with five minutes remaining.

Dual-threat Escamilla, in his first year at QB, went on to earn CBBN first-team honors with 1,549 yards passing and 15 rushing touchdowns.

Coming off an 0-9 season and falling behind early wasn't a good combination for the home team, but the Bulldogs had two big things in their favor - a game-changing play and a stout ground attack on a windy night.

With West Valley out to a 9-0 lead in the first two minutes and threatening for more, Jeremy Webb's 103-yard interception return swung the momentum to Ellensburg, which scored four rushing touchdowns to upset the Rams.

West Valley did recover nicely, winning eight of its next nine with losses only to eventual state champion Prosser.

The Grizzlies pushed ahead for a 7-3 lead with 5:20 left in the game, but West Valley responded with a 66-yard scoring drive that started a six-game winning streak in coach Rich Hilty's 10th and final season with the Rams.

Sophomore Mike Kerr's 6-yard touchdown run came with 1:01 remaining. It was the first of 36 touchdowns Kerr would score for his career, which was capped in 1986 with trip to the Kingdome for the AA state final.

Hilty's teams had a knack for this type of tense opener with five games between 1978 and 1984 decided by three points or less.

With Jason Grasher powering away on the ground, the Coyotes took a 25-7 lead into the fourth quarter and a homefield victory seemed certain.

Seemed, that is, until Chad Gray punched in his third touchdown run as time expired and quarterback Jason DeVere connected with Justin Blackburn for the game-winning conversion.

This was Cle Elum's sixth straight season-opening win over Kittitas and none of them was easily. Other margins during the run included 12-7, 7-2 and 13-12.

In 1971, Sunnyside's only loss of the season was a 13-12 season-opening setback at Eisenhower. Talk about déjà vu.

The Grizzlies were well on their way to getting revenge, leading 12-3 at halftime and 12-6 heading into the final period. Sunnyside drove to Ike's 19 with the game-clincher in sight when sophomore defensive back Kelly Crook returned an interception 85 yards to steal the victory.

The back-to-back 13-12 thrillers came in the first two seasons for Art Ellis, who coached the Cadets through 1983.

Down 23-15 late in the game, the Ryan Fassler-to-Danny Raap connection saved the day — three times. The pair hooked up for a touchdown and conversion with 1:41 left to force extra time, and they teamed up again for the OT score.

The same connection came through in the state quarterfinals when Raap's fourth-quarter touchdown catch lifted the Mustangs to a 15-14 win over Othello.

Prosser has a long history of high-quality openers, including edging Lynden 26-21 at home in 2002 and beating Redmond 34-29 in 2008 to start Tom Moore's last season.

Brian Gibb's 15-yard touchdown with 3:06 left gave the Vikings a 12-9 lead and, after the defense held, the offense absorbed an intentional safety in the final seconds to help preserve the win.

Selah certainly had Hanford's number during these days, having clipped the Falcons 7-6 to start the 1981 season followed by a 6-0 win in a state-qualifying mini-playoff.

Coach Vince Lorraine's teams were always ready to go, winning nine straight season-openers before stepping down in 1983. Five of those nine games were decided by one score.

Two years removed from a 9-0 season and top ranking in the final Class A state poll, always-colorful coach Jake Borck knew his talented classes from '63 and '64 left the shelves a bit bare.

"Heaven help us this year, I don't know how we're going to win a game," he said in a preseason report. "We lost everything, and we have no size and no speed."

But the Rangers were still winners on opening night as junior Steve Waggoner scored a touchdown and conversion in the fourth quarter a year after trimming the Greyhounds 6-2. This was one of Borck's 109 wins over 21 seasons at NV.

1970: Highland 7, Granger 6. A blocked punt set up Dale Story's short TD run in the second quarter for the Scotties, who went on to a 9-0 season and No. 2 ranking in the final Class A state poll.

1974: Sunnyside 6, Selah 0. Gary Leifeste's 33-yard TD catch converted a fourth-and-12 play in the first quarter for the Grizzlies, who had an unbeaten regular season and reached the state quarterfinals.

1987: Grandview 7, Camas 0. Coming off an 0-9 season, the Greyhounds drove 85 yards on the game's first possession and consumed all but 39 seconds of the first quarter for the decisive score.

2006: Naches Valley 26, Burbank 20 (2OT). Overcoming a 20-6 deficit in the fourth quarter, Nate Clements caught a 25-yard TD pass in the second OT and then recovered a fumble on the goal line.

2009: Wapato 40, Kiona-Benton 33. The Wolves trailed 33-20 after three quarters before Cody Nickoloff stunned the Bears with three TDs, including a 90-yard interception return with 29 second left.

2011: West Valley 21, Selah 13. A year after edging Selah 7-0, the Rams rallied with a huge fourth quarter that erased a 13-7 deficit, thanks in large part to Mark Bradley's two interceptions.