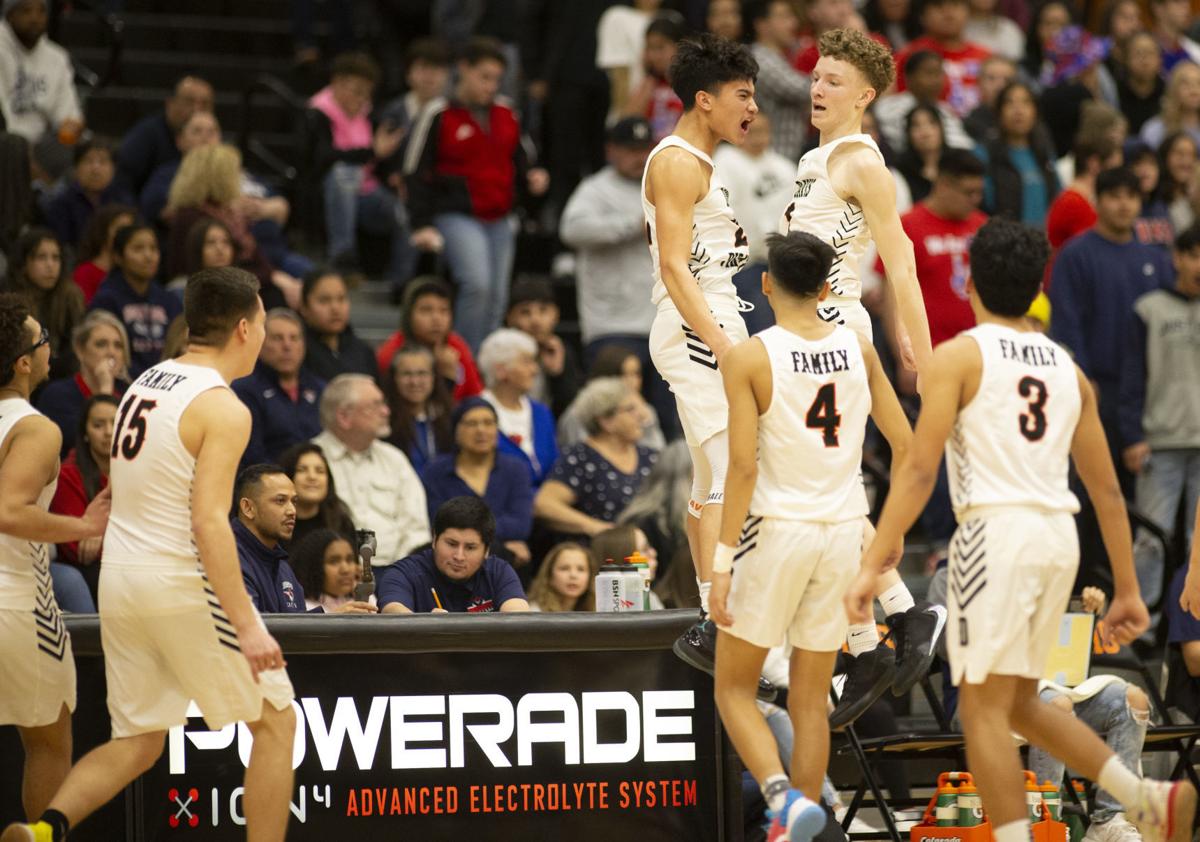 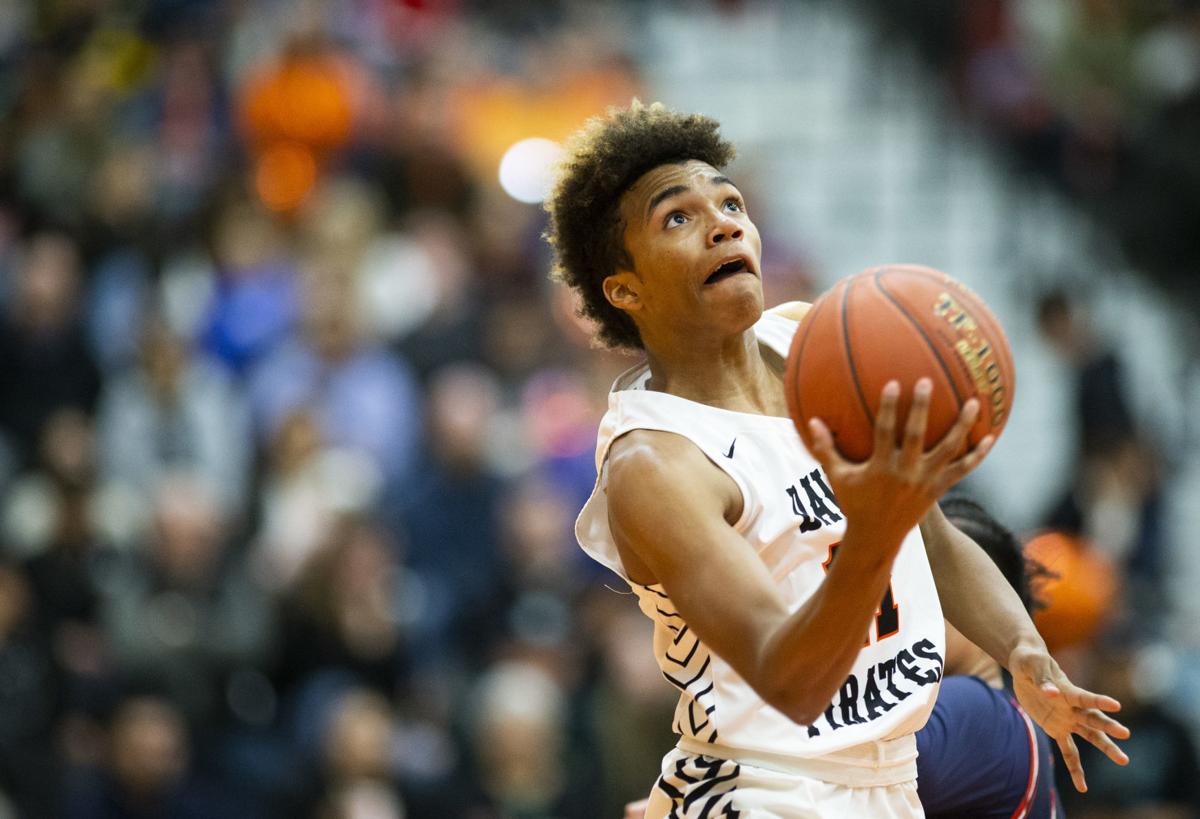 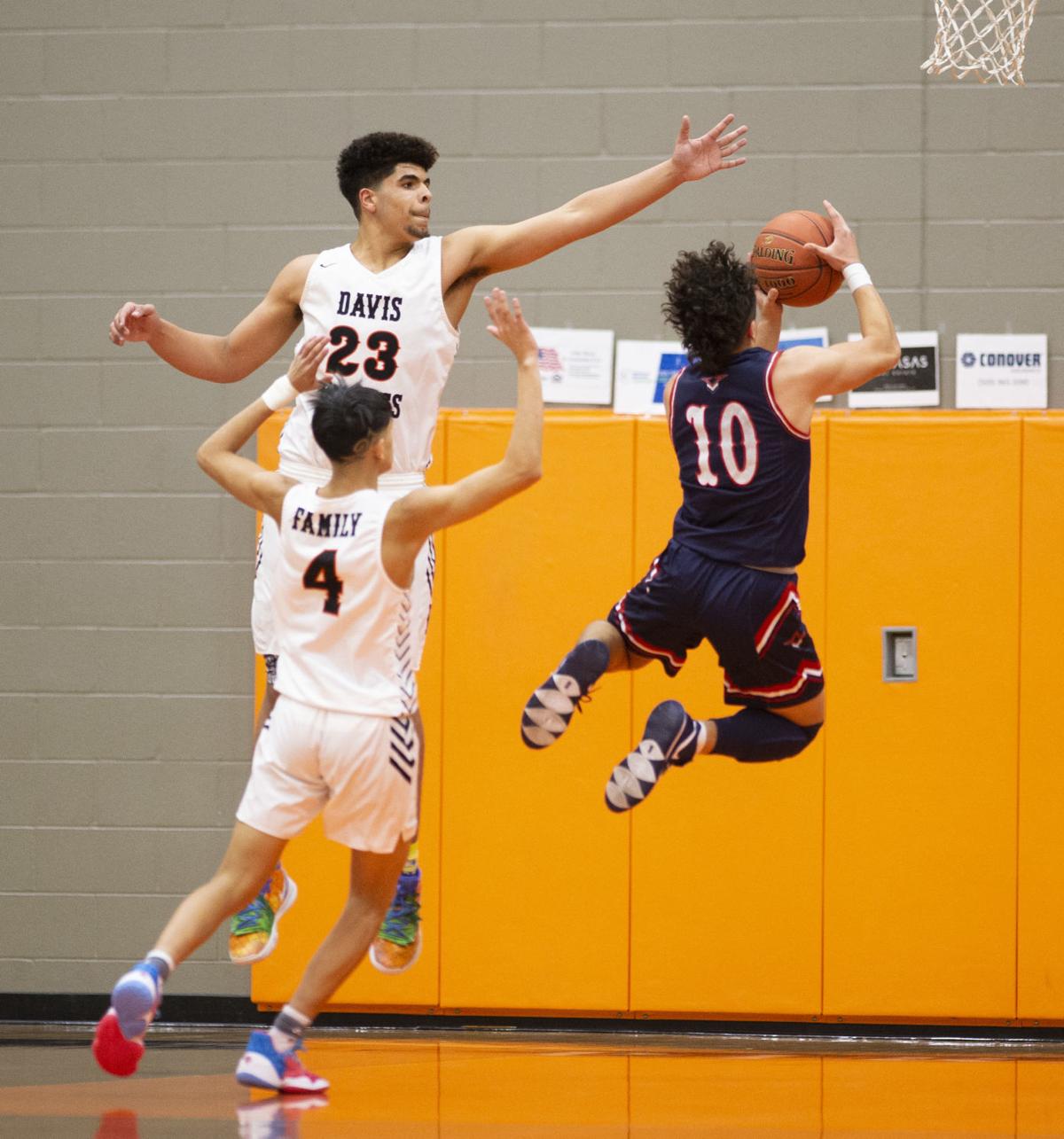 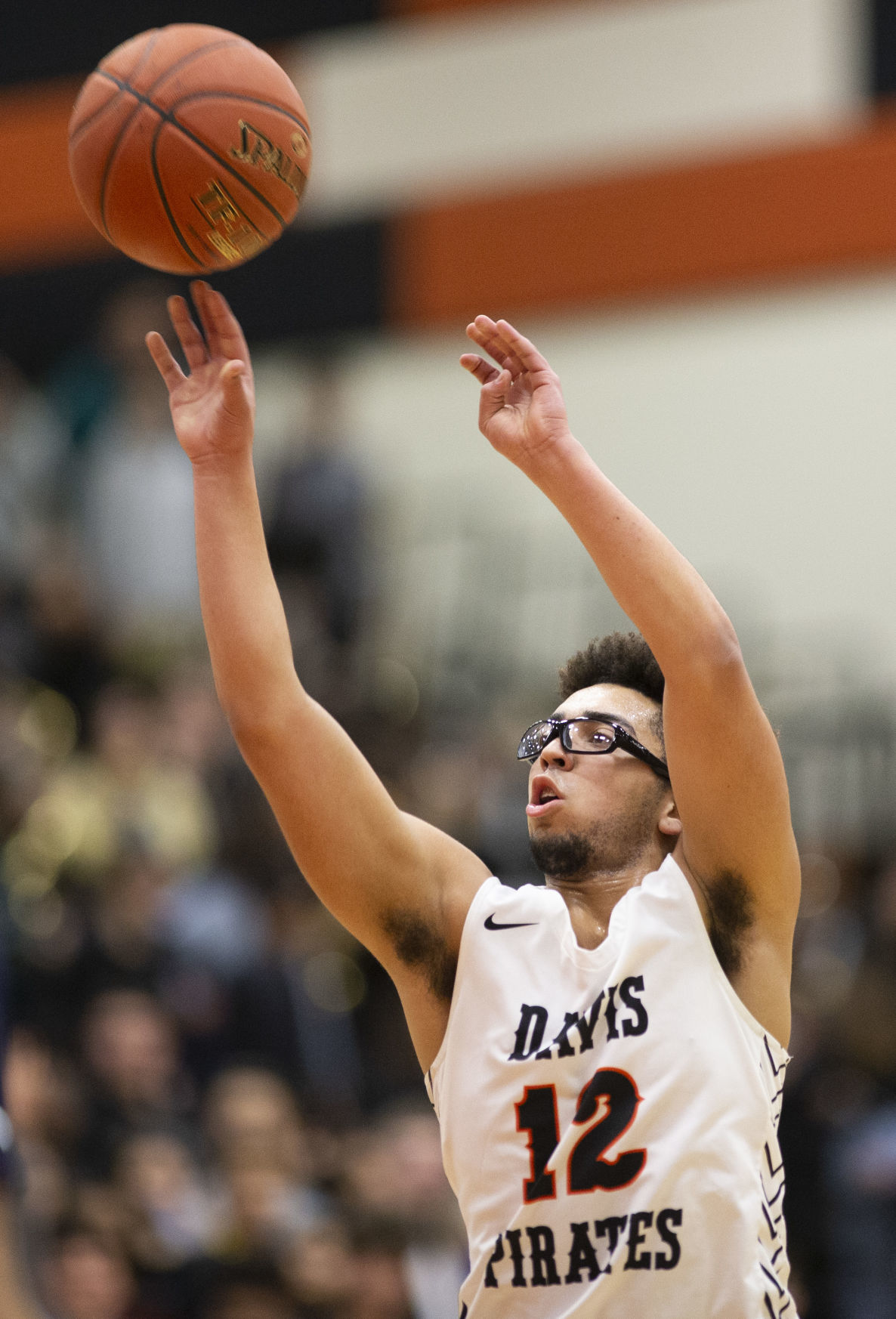 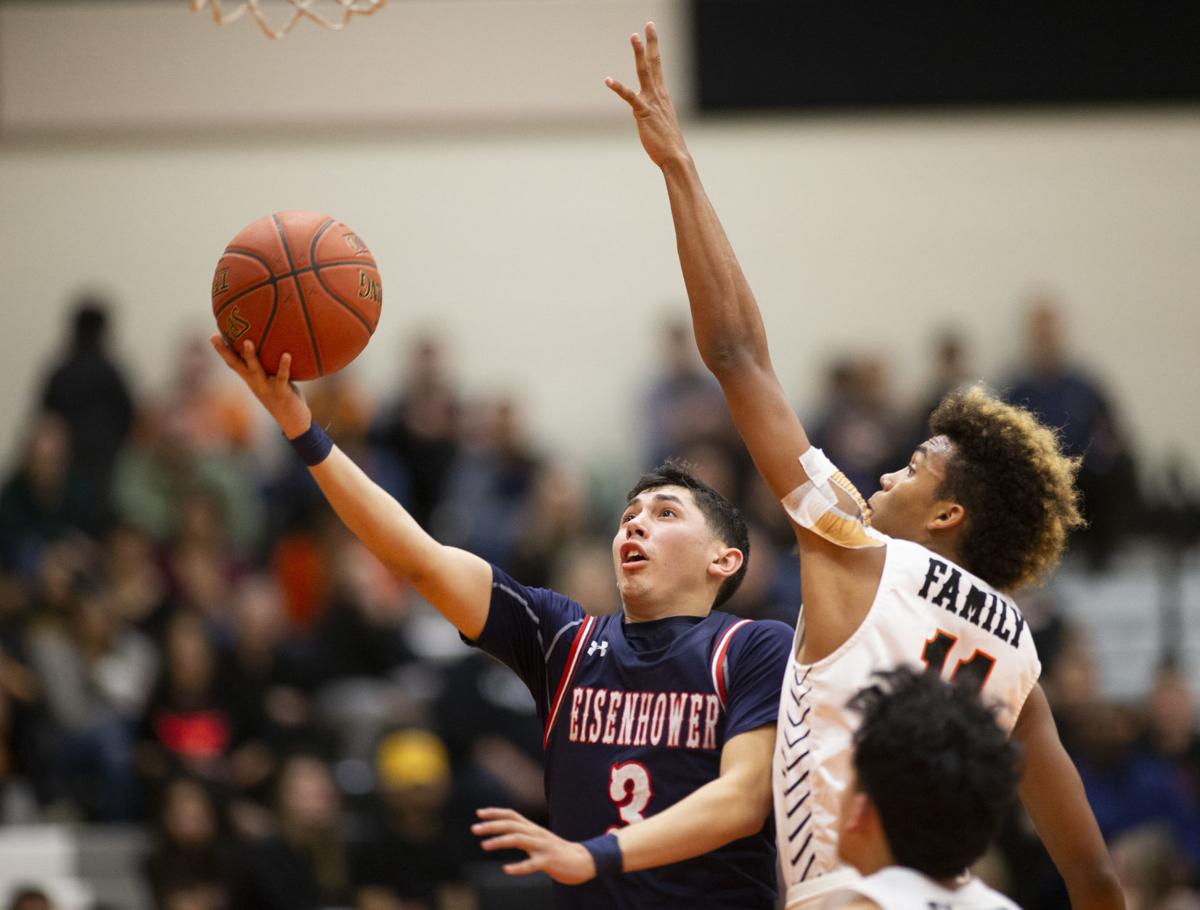 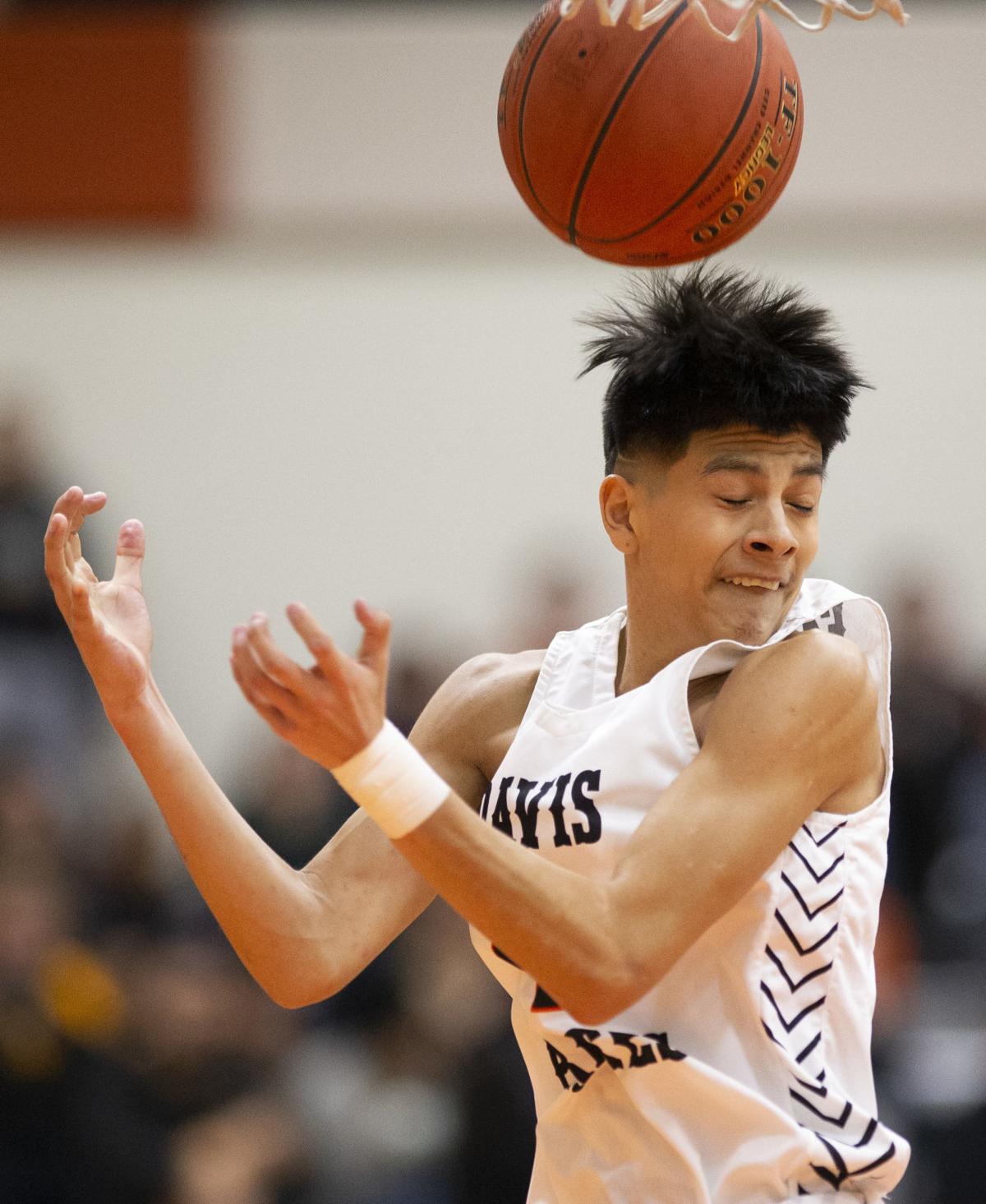 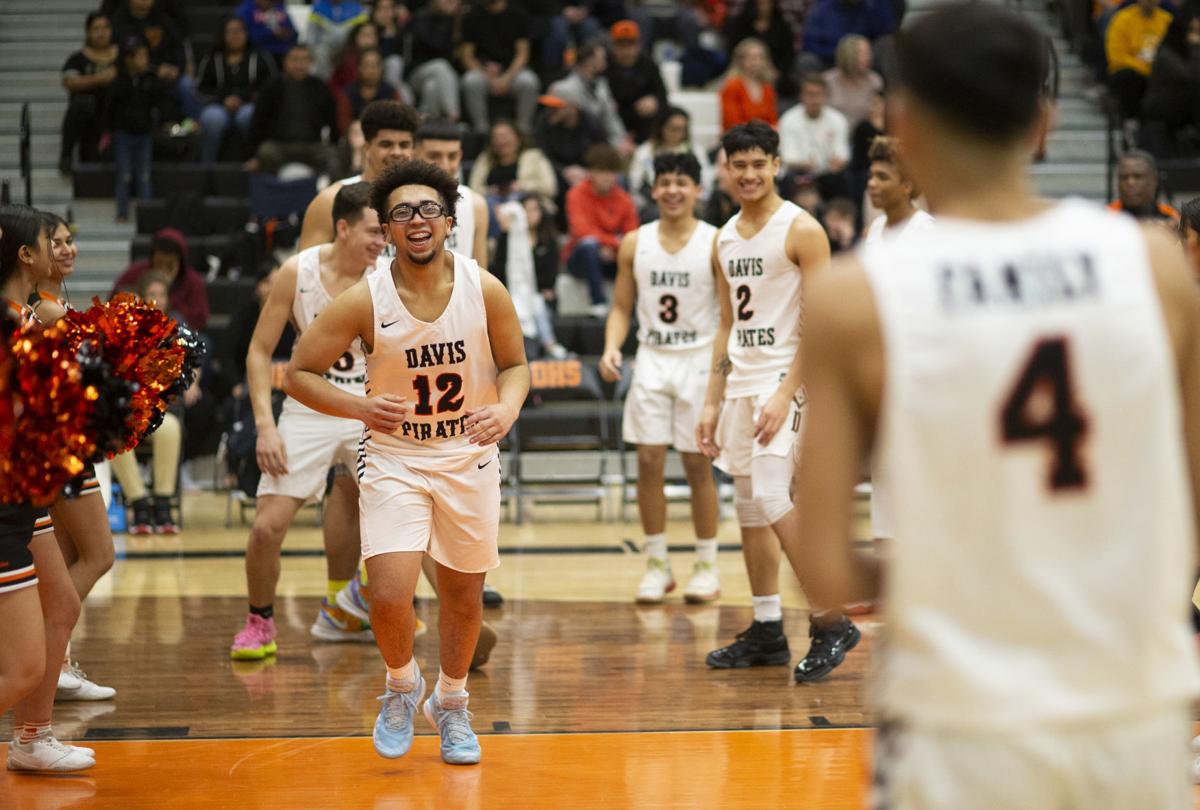 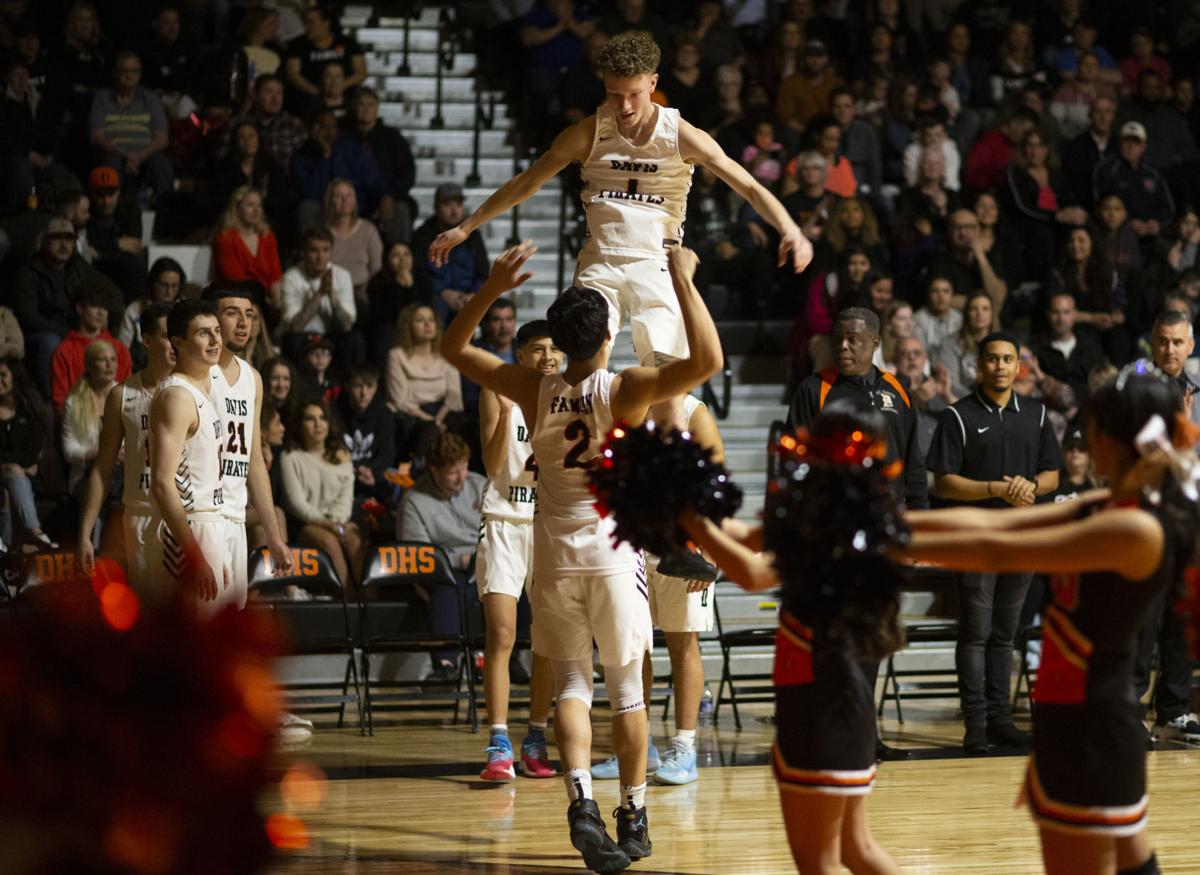 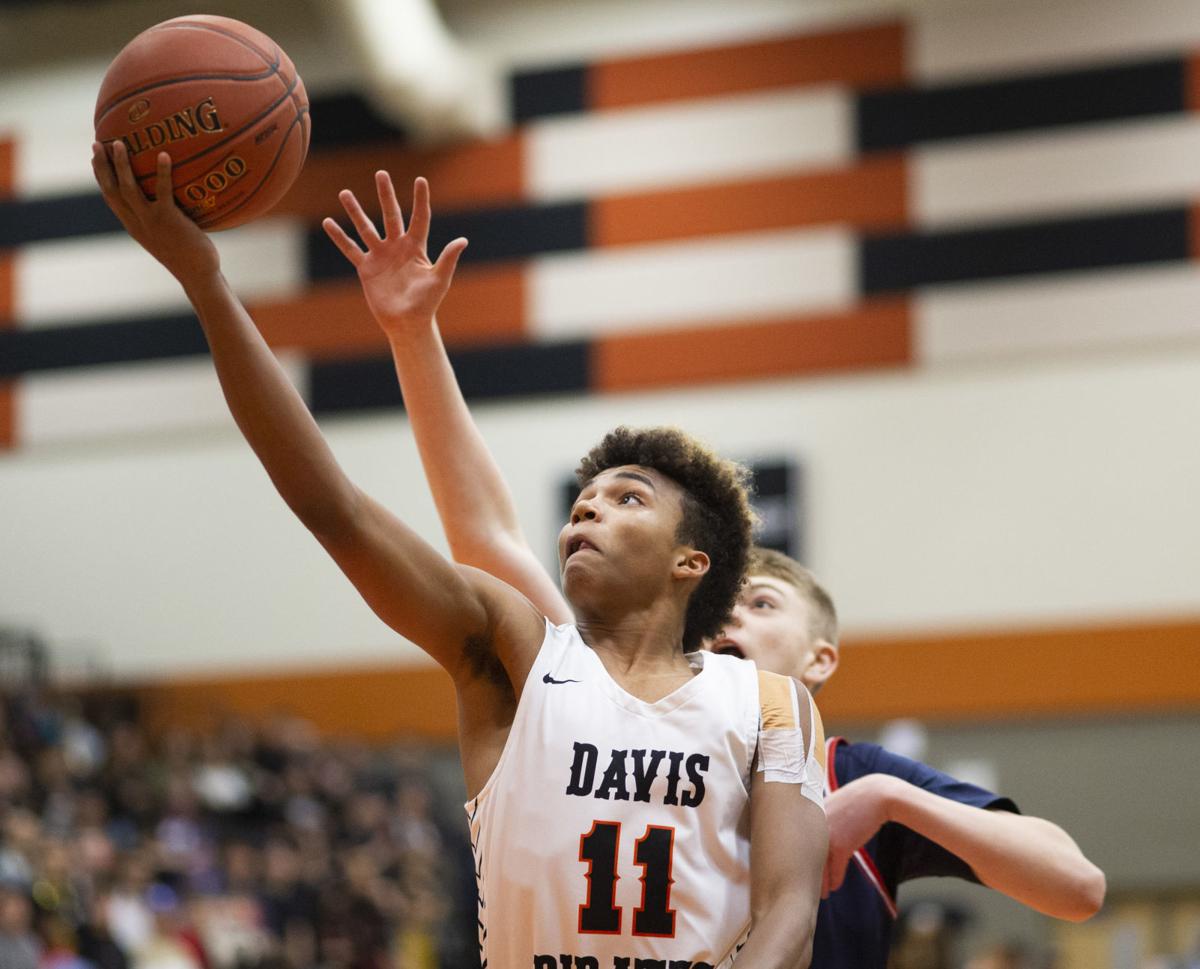 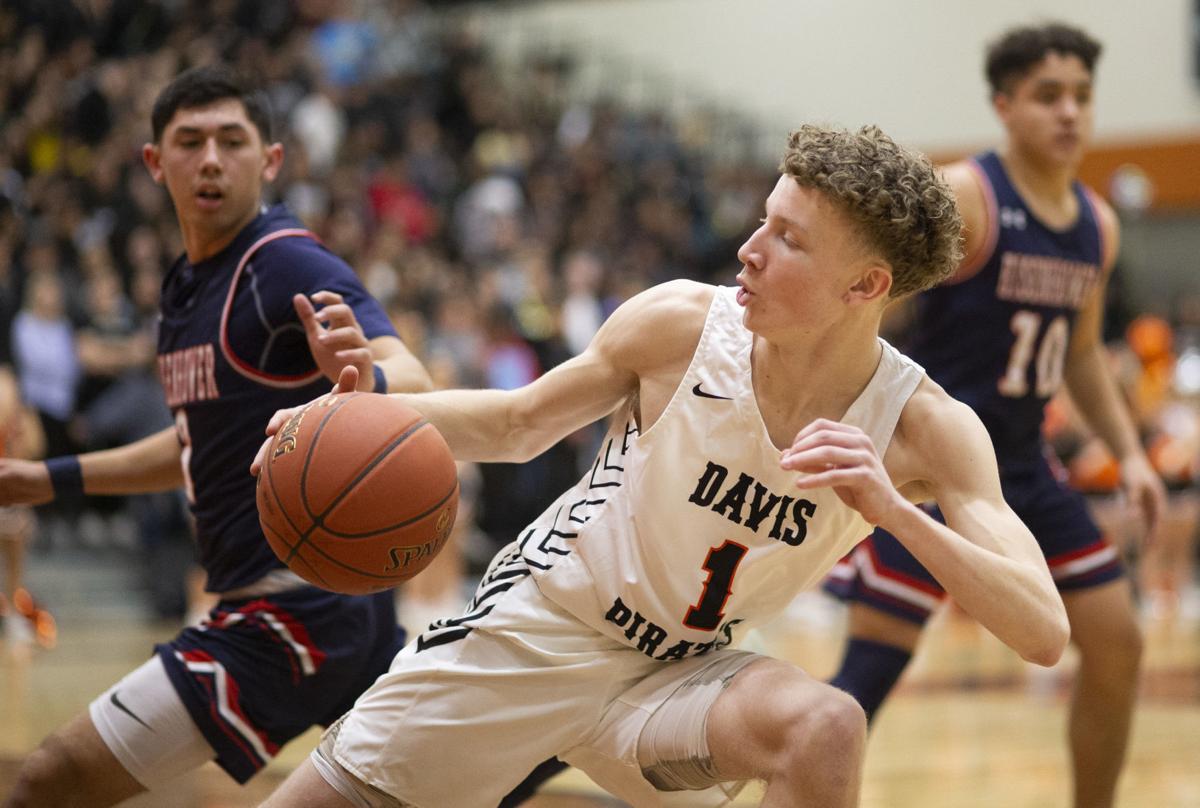 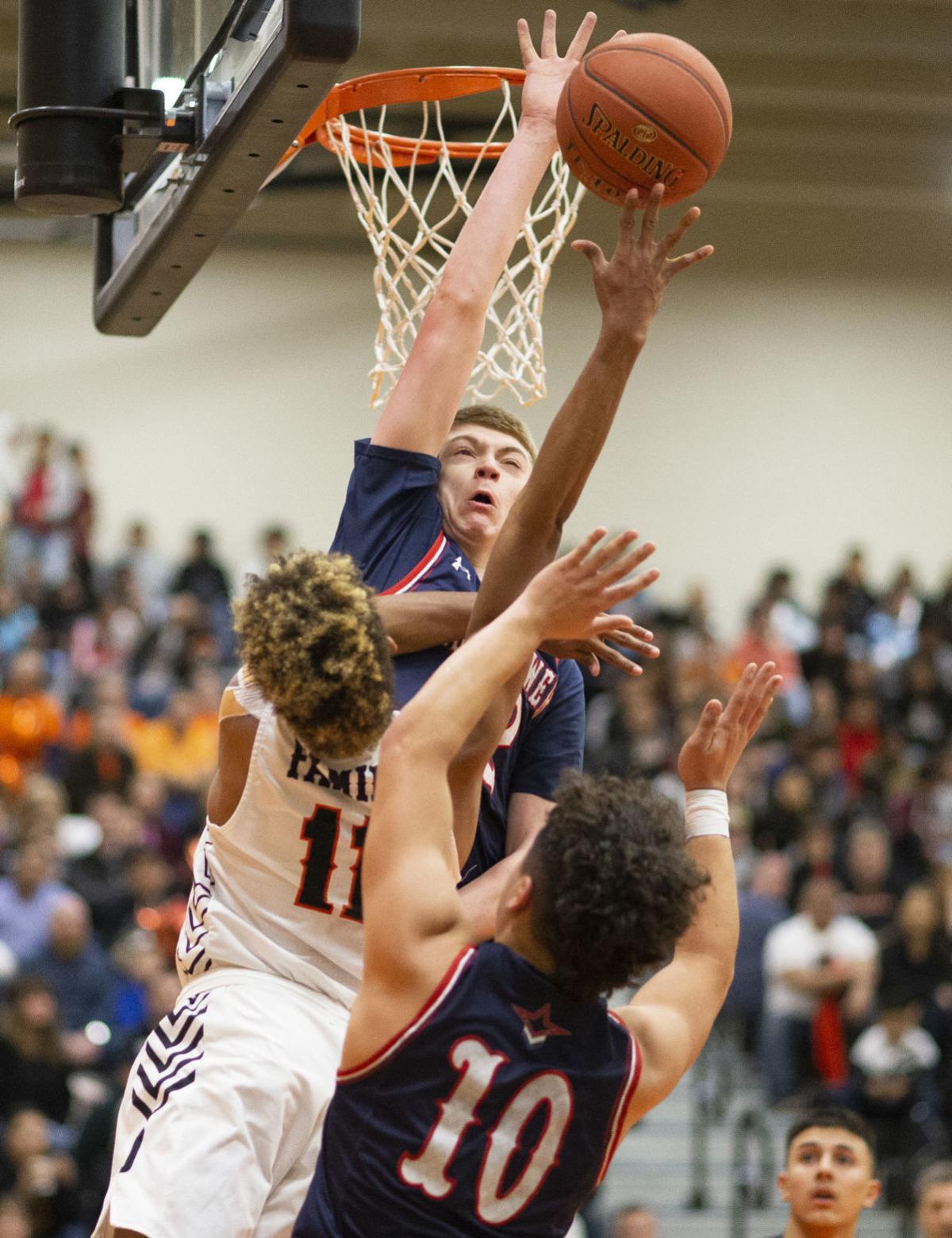 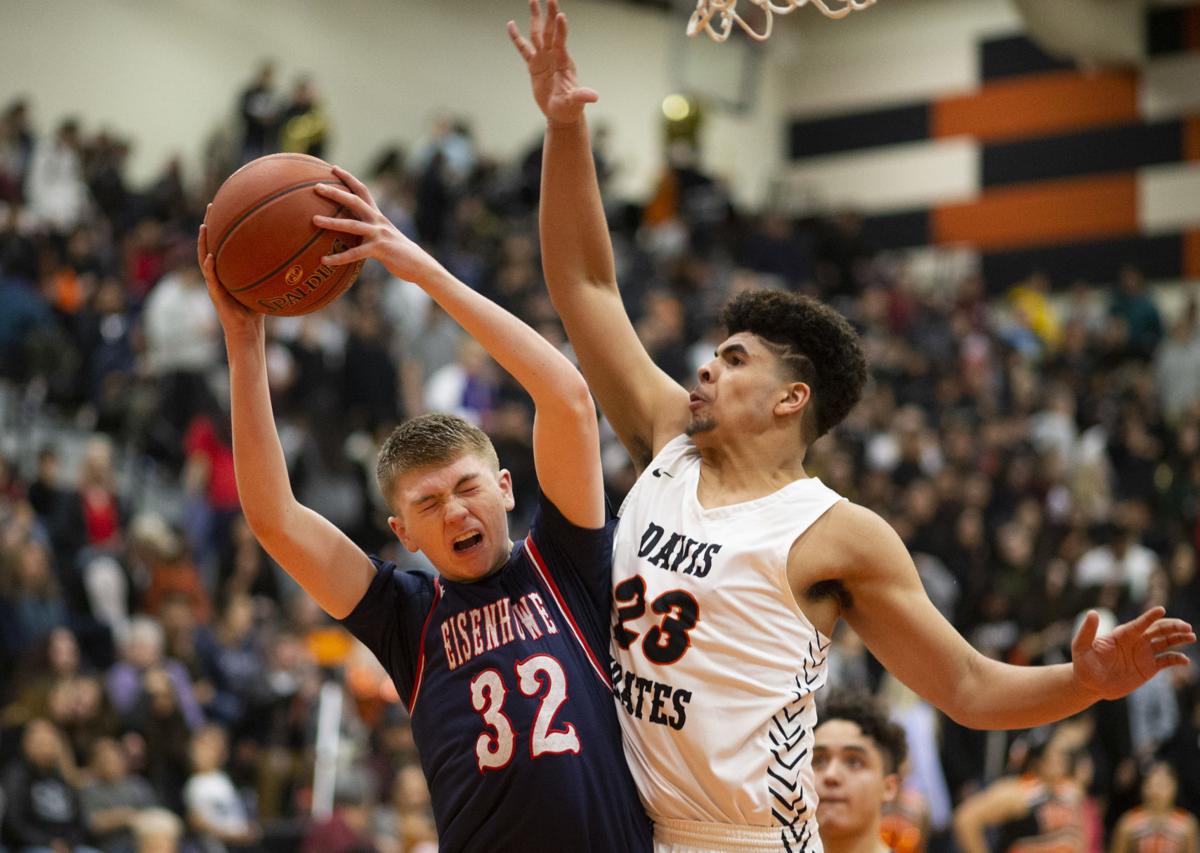 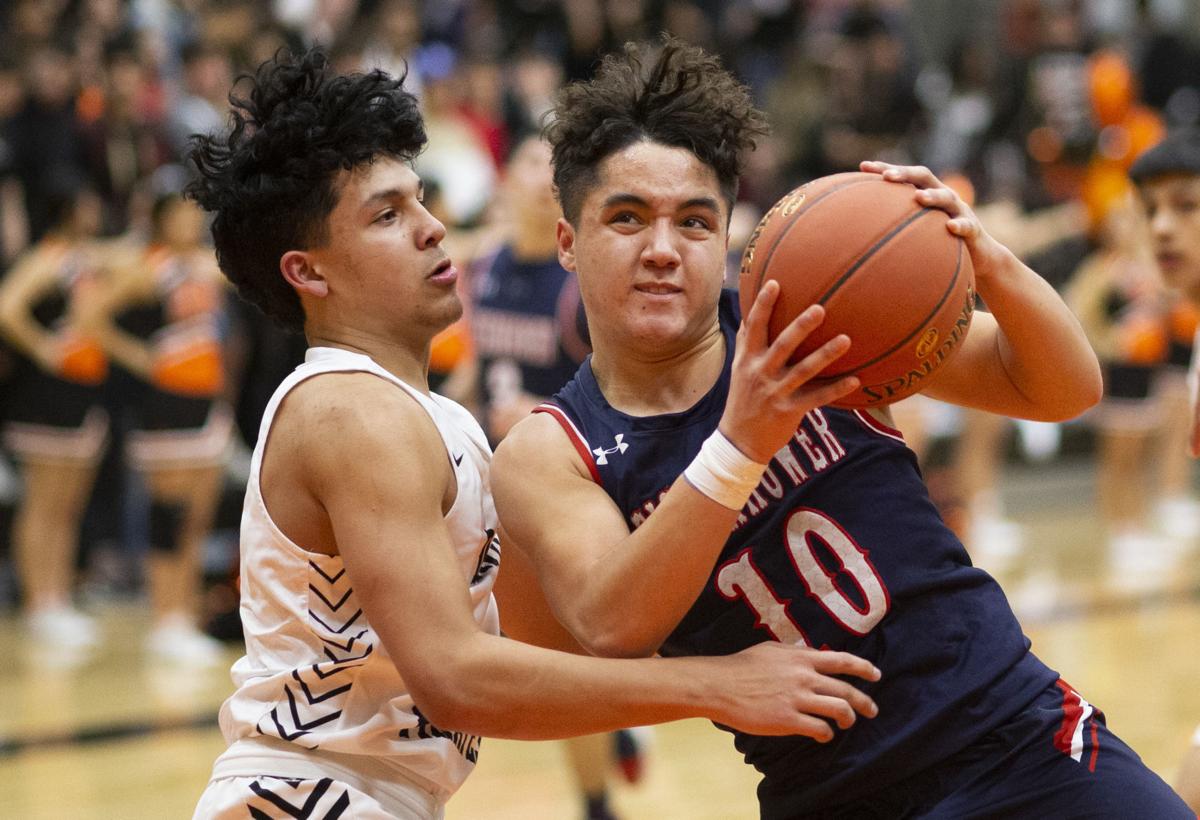 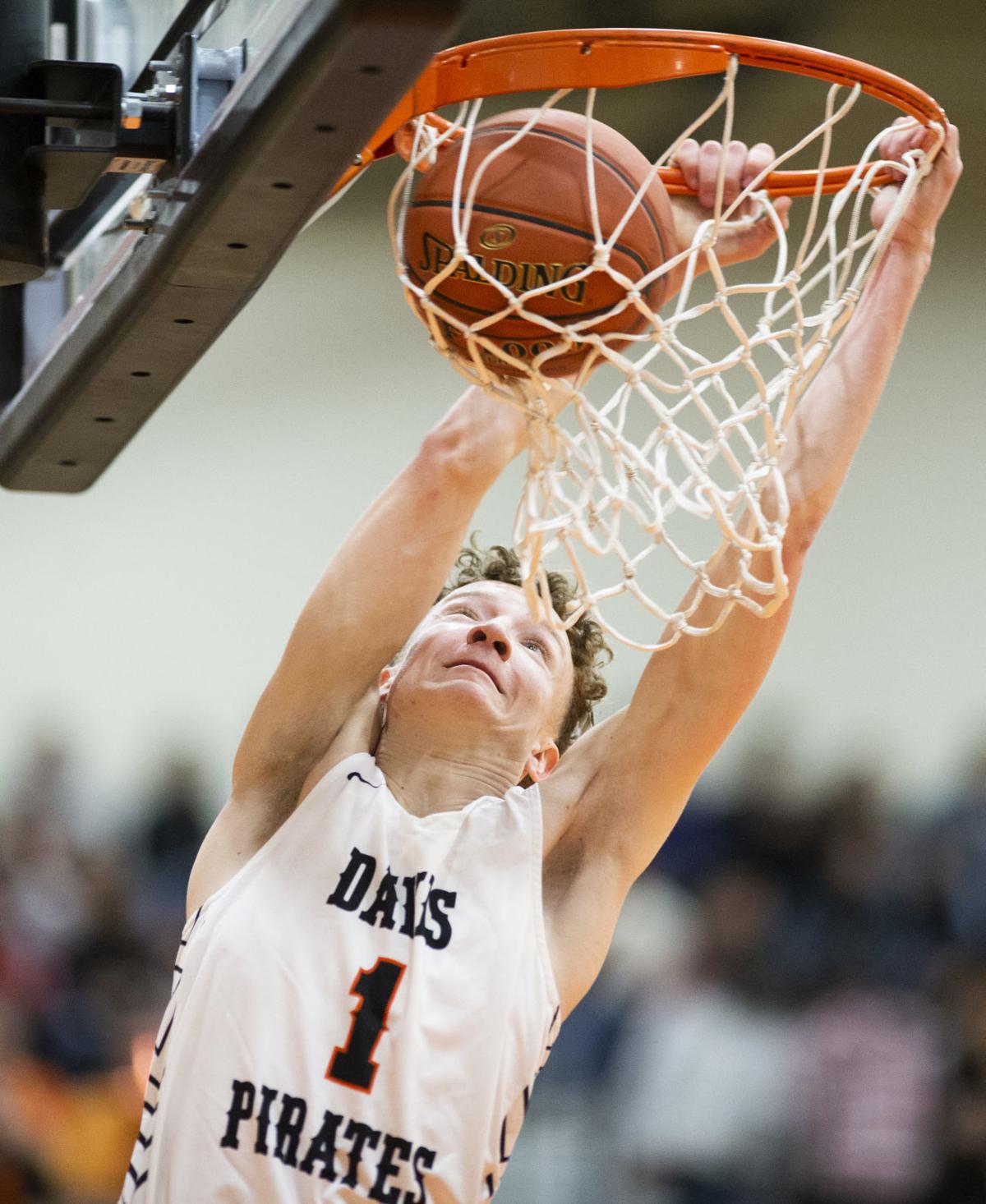 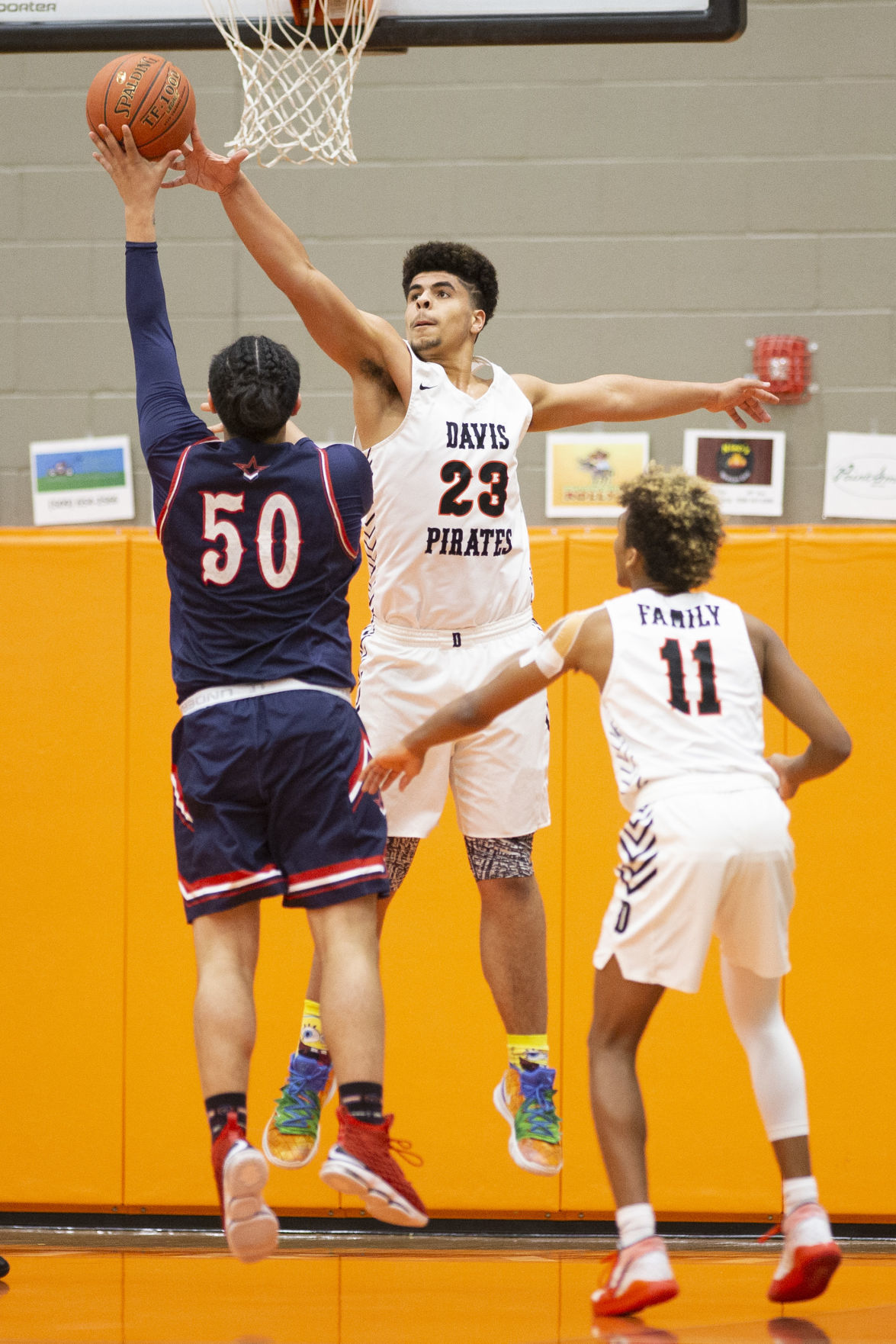 YAKIMA, Wash. — Senior night on Tuesday proved to be an inspiration for Davis’ boys — Earl Lee in particular — and the timing was much needed.

With the district tournament just a week away, the Pirates have a shot at a regional berth but it’s going to require all the inspiration they can summon.

Proving once again to be Eisenhower’s primary crosstown antagonist, Lee drained six 3-pointers, hit all nine of his free throws and broke out for a season-high 39 points as Davis turned back the Cadets 86-72 in CBBN basketball before a packed crowd at Davis Gym.

With a breakaway basket at the buzzer to end the first half, Lee topped 1,000 points for his career as Davis ran off the floor with a 42-28 lead at the break.

“This was a big deal for us tonight, especially for us (five) seniors,” Lee said. “We had won three in a row and then we got humbled at Eastmont (91-75) last week. We had to come out today and play much better, much harder, and I think we did.”

Lee’s career high of 41 came last year against Eisenhower and in the last two seasons he’s also posted games of 34 and 30 in the city series. This time, with Jose Reyes in and out of the lineup with foul trouble, he felt a need to step it up even more.

“Most definitely,” he said. “I was glad my shot felt good right from the start so I went with it. This is the last week (of league play) and we want to finish with a bang.”

Even with Reyes’ minutes limited and his scoring held to six points, Davis nearly reached a season high with 86 points and that was thanks mostly to shooting the lights out — 59% overall including 11 baskets from 3-point distance.

Marcus Cook, another of the inspired seniors, scored 14 points, hit two 3-pointers in the second quarter and grabbed five rebounds.

It all added up to Davis’ fourth win over the last five games, a run that has lifted the Pirates to 6-5 in league and tied for third with Wenatchee with one game left. But even with that momentum, Eli Juarez’s crew is still trying to shape up defensively and Tuesday’s effort was less than ideal.

“It’s frustrating because we’re working on it in practice, closing out on shooters, but for whatever reason it’s not translating to the games,” Juarez noted. “We have our offensive spurts and we put good runs together, but at the same time we can’t be giving up 70-plus points. I think this team has some good basketball left in them, but we’ve got to get that worked out.”

Davis, which plays at West Valley on Thursday, is assured of a home game to open district play next Tuesday. The only question is will the Pirates be a No. 3 or 4 seed. Davis owns the tiebreaker having swept Wenatchee, which finishes at Moses Lake on Friday.

With Eastmont and West Valley in the championship game and the winner claiming the top regional berth, Davis would need to win three consecutive loser-out games to grab the second berth.

Eisenhower’s Abram Fernandez cast in four 3-pointers en route to a 19-point night, and teammate Isaac McDonald had a double-double of 14 points and 10 rebounds. The Cadets host Sunnyside on Friday.