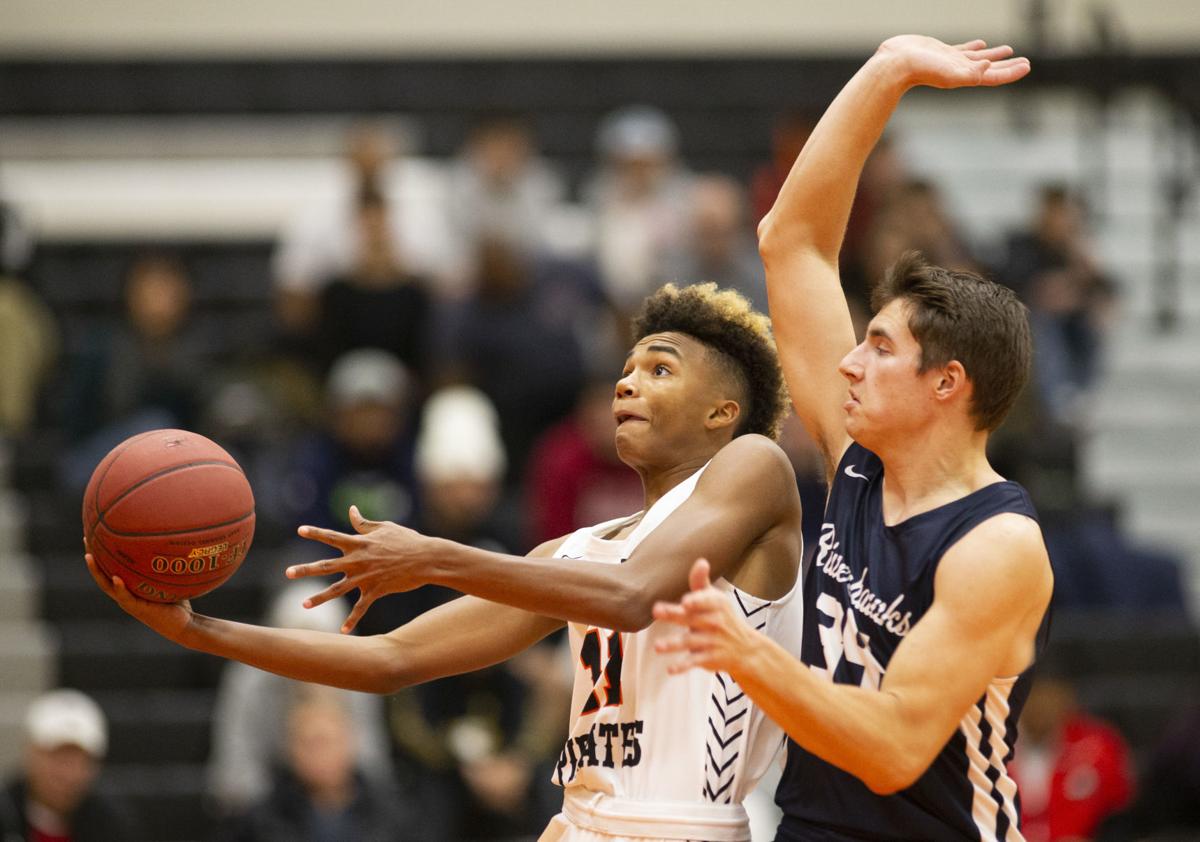 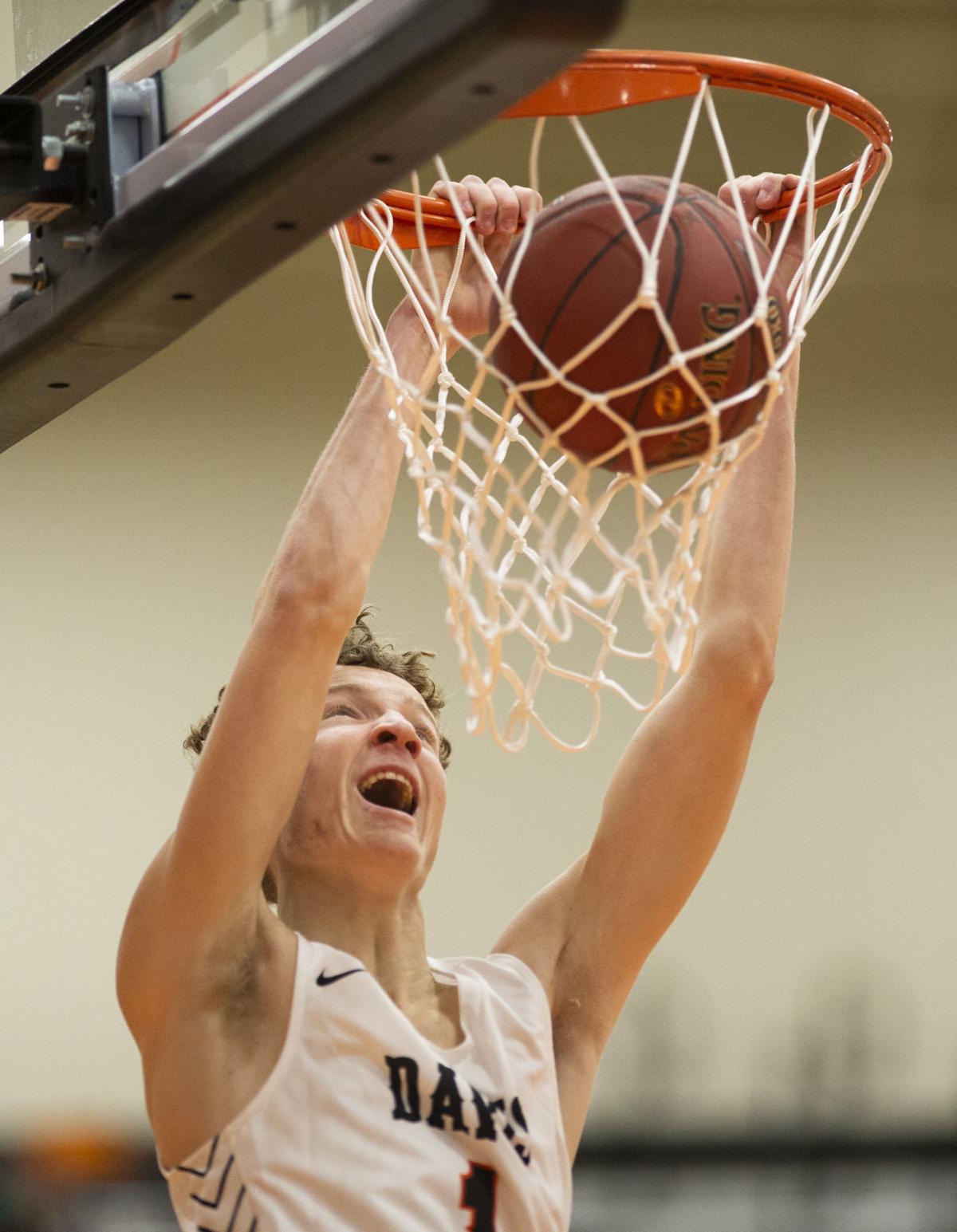 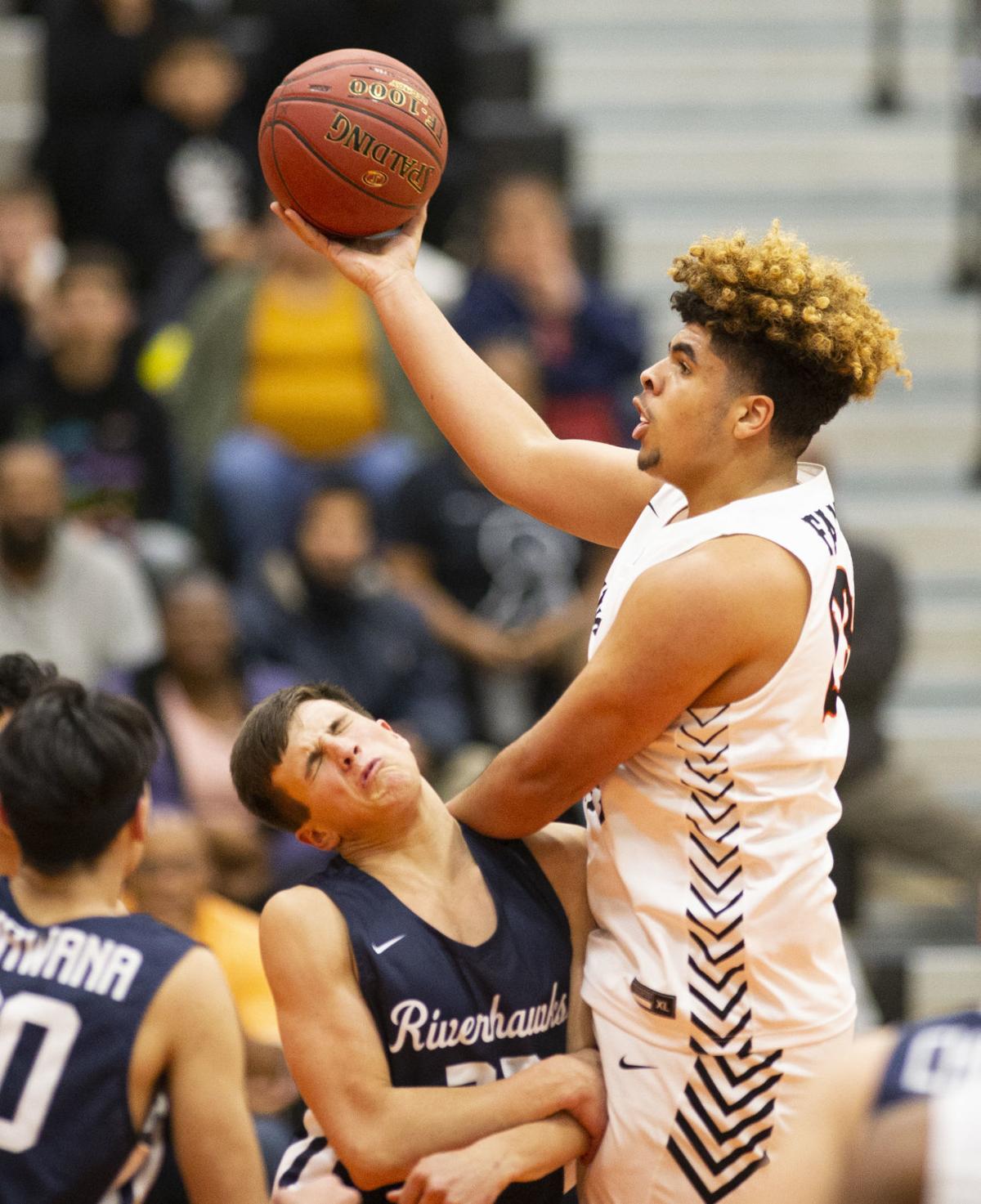 Davis' Dhantaye Bennet-Joe, right, is fouled by Chiawana's Brennan Bunger while going for a layup on Tuesday, Dec. 3, 2019 at Davis High School in Yakima, Wash. 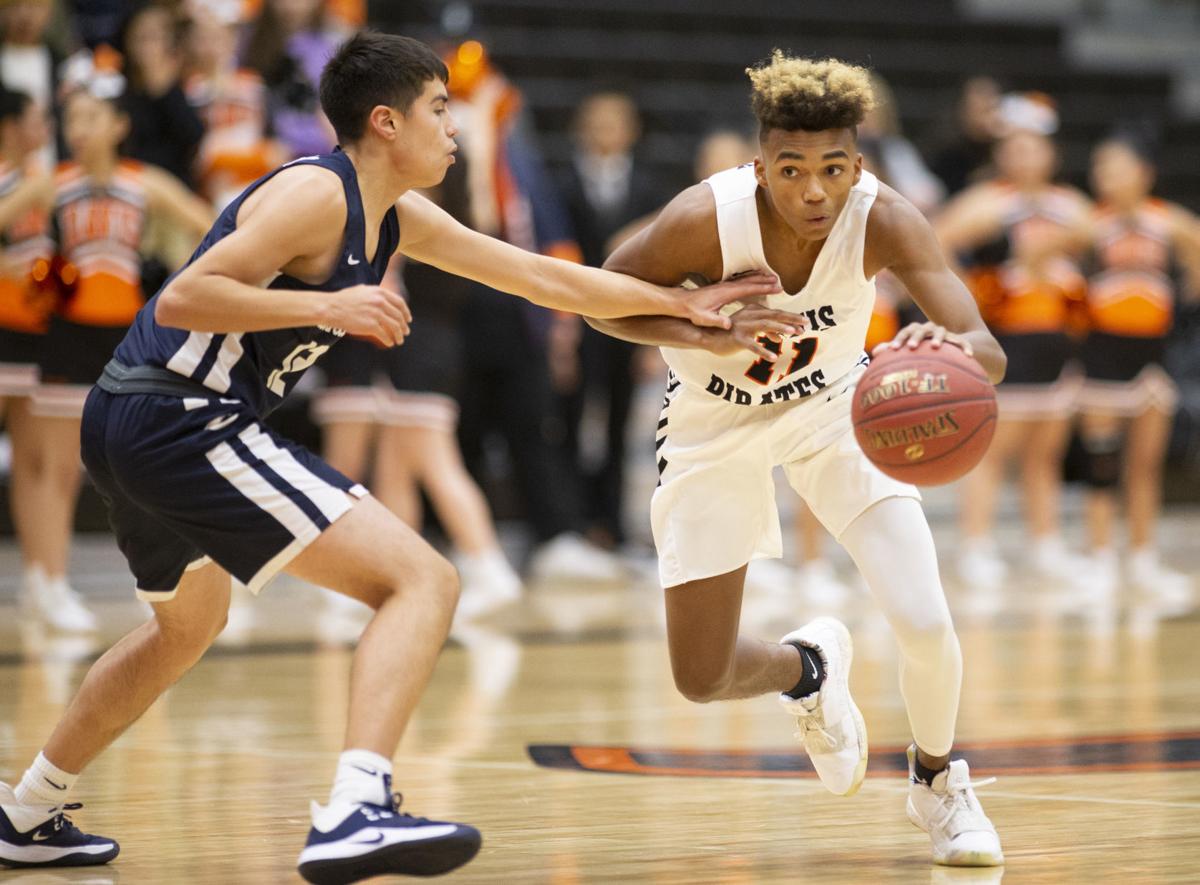 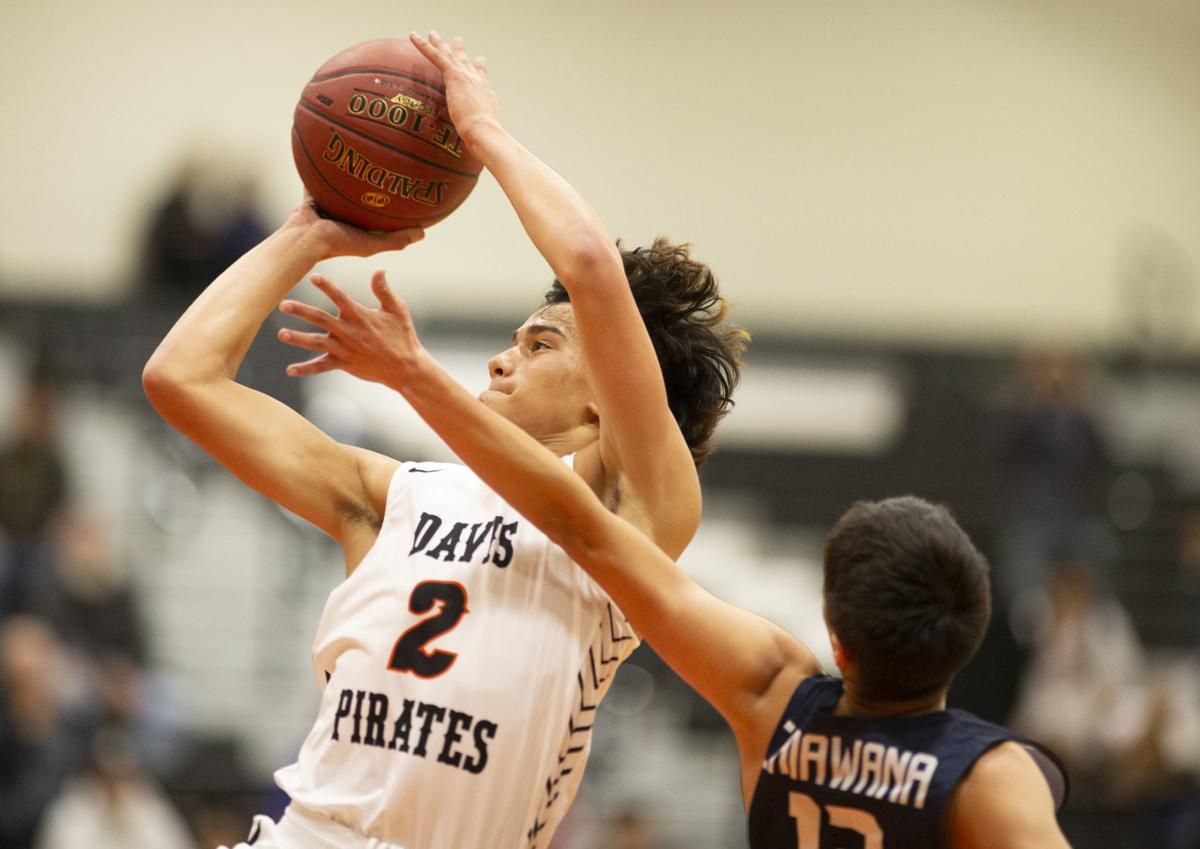 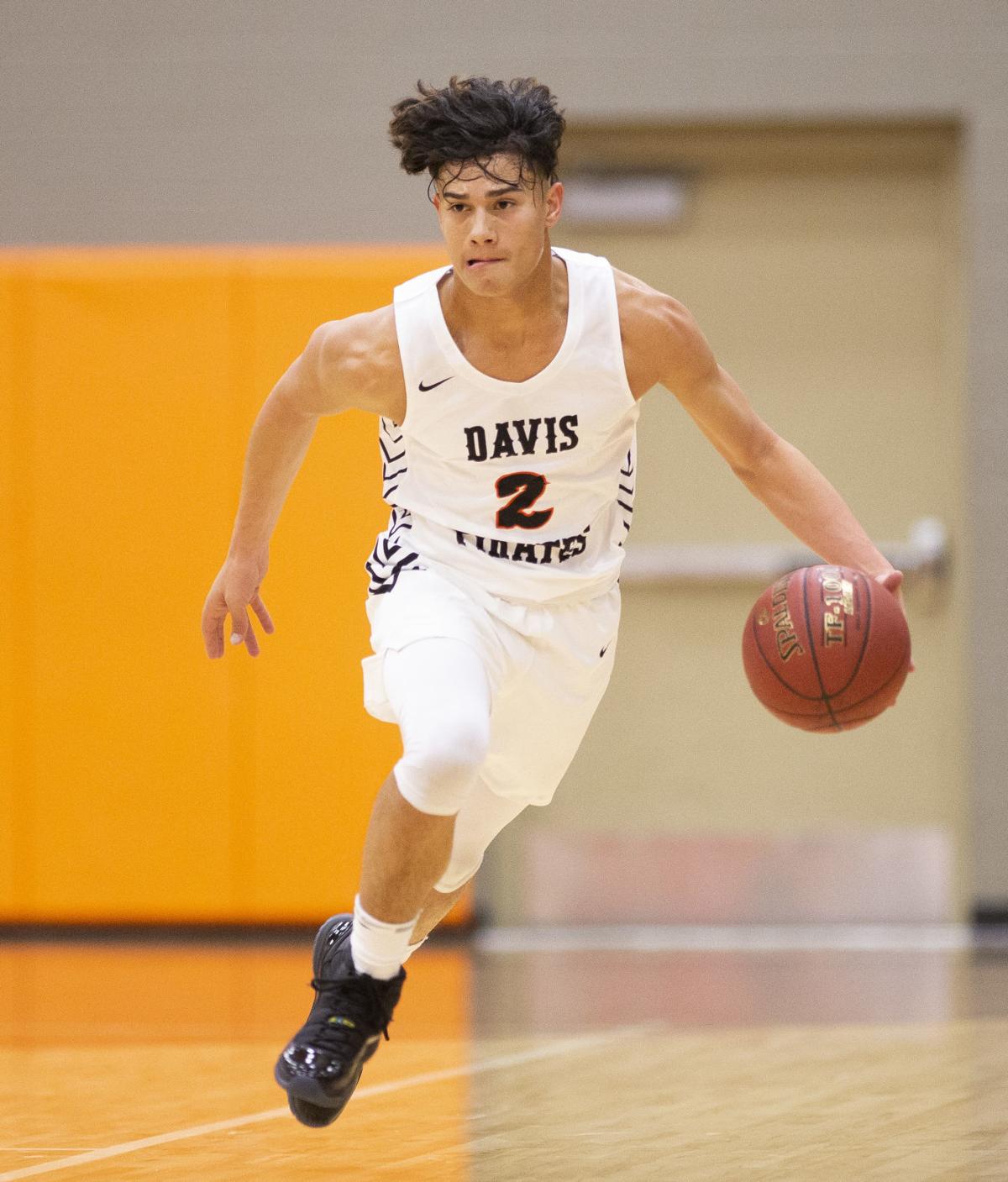 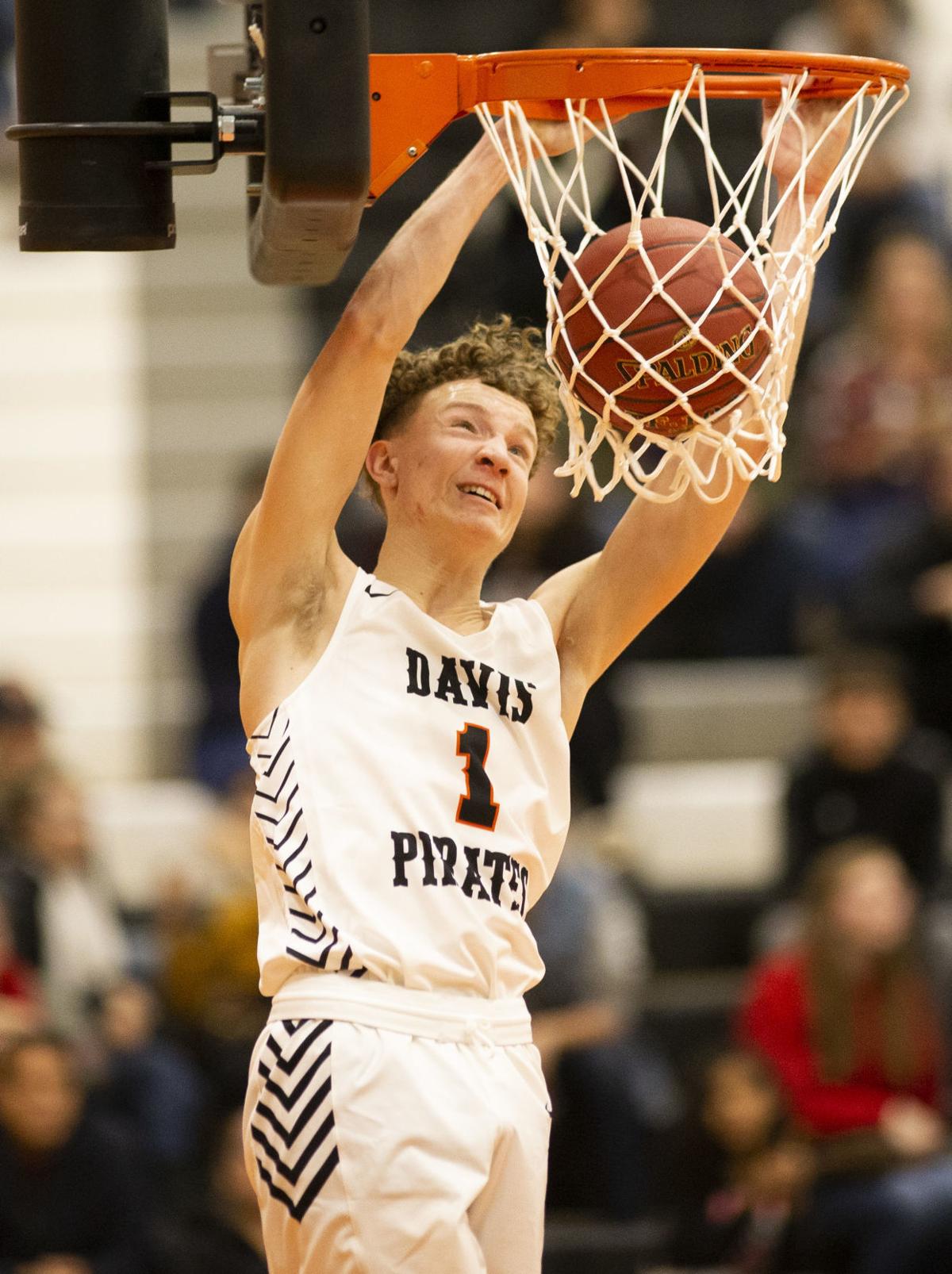 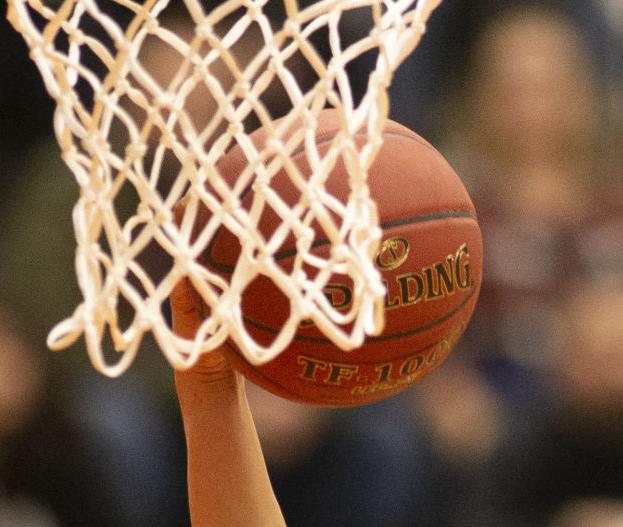 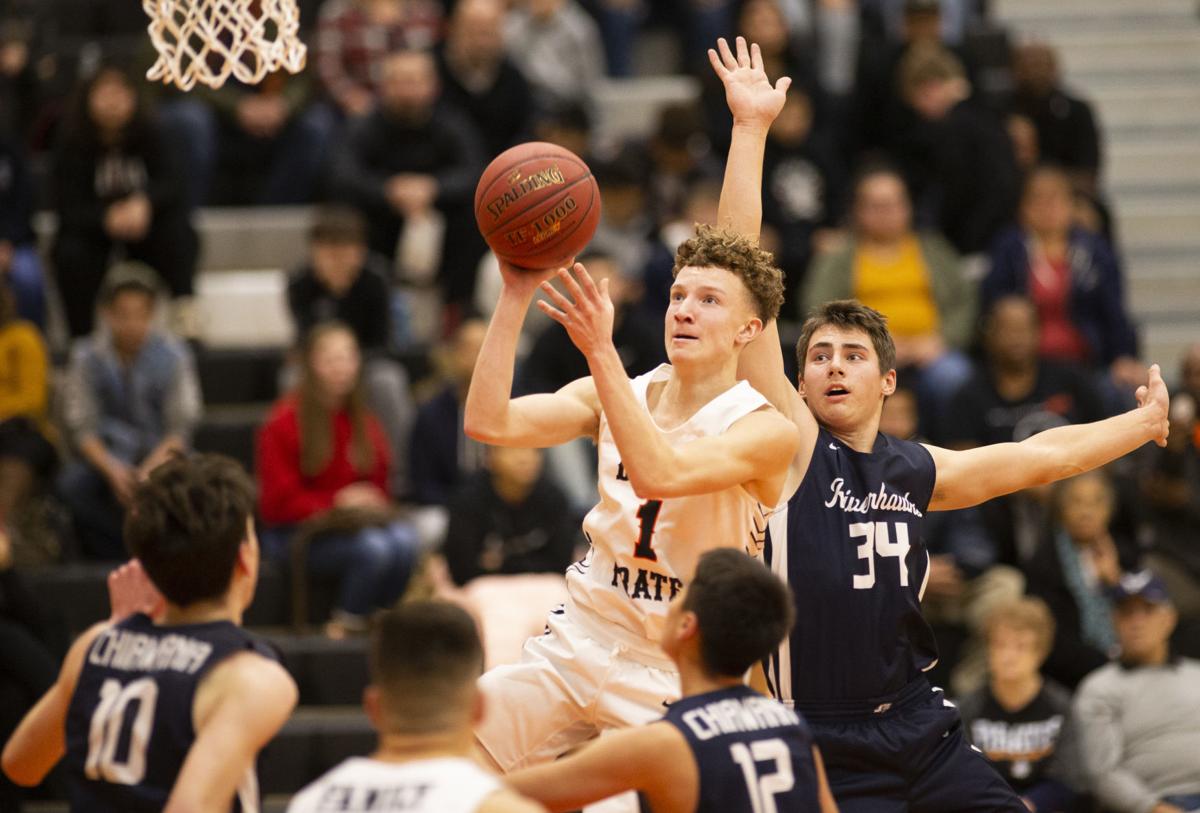 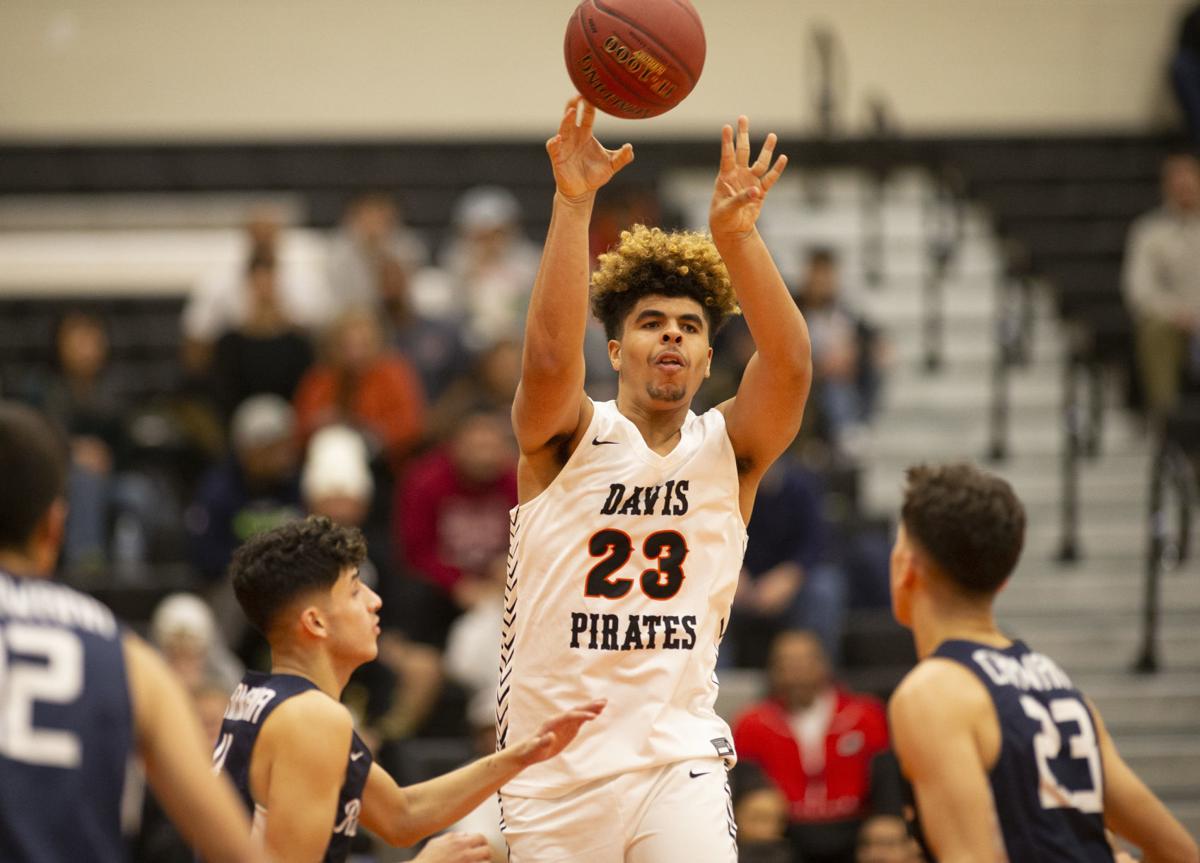 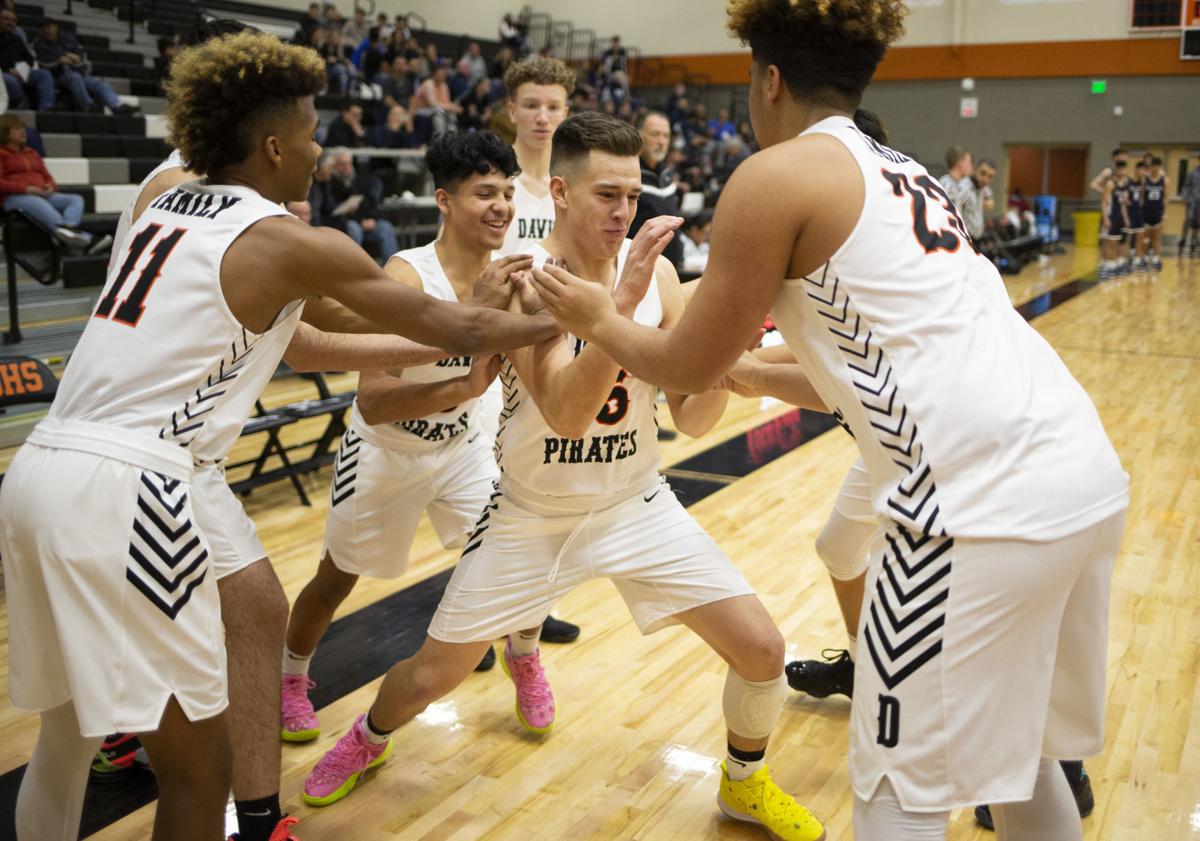 Davis' Dhantaye Bennet-Joe, right, is fouled by Chiawana's Brennan Bunger while going for a layup on Tuesday, Dec. 3, 2019 at Davis High School in Yakima, Wash.

YAKIMA, Wash. — All of what Davis’ boys basketball team can be this season was on full display Tuesday night right from the opening tip.

Lights-out shooting, high-paced energy, effective inside-out game, three players with 20-plus points and one of the highest-scoring season debuts in program history.

Unfortunately, the Pirates were also visited by a couple of deficiencies that certainly aren’t part of the plan for how far this team can go.

And it cost them a victory, albeit very narrowly.

With 60% shooting and 33 field goals, Davis sprinted out to a 14-point lead on Chiawana early in the third quarter, but the experienced and deep Riverhawks used a big final frame to pull out a 90-88 win in a fiercely played game at Davis Gym.

When this crew was a full year younger with no senior starters, Davis went to Pasco and got trounced by Chiawana 71-48 to begin a 1-6 start to the season. The Pirates, though, came of age late and missed a trip to state by a single point.

“It’s nice to basically have everybody back — we’ve been able to get a lot more done in this first few weeks,” said coach Eli Juarez. “It was also nice to play this type of game against a very good team, for some comparison. It was a great measuring stick.”

What the Pirates can measure is their offensive pop. Earl Lee, the CBBN’s reigning player of the year, made 9 of 11 shots for 20 of his 29 points in the first half, Marcus Cook knocked down a career-high 21 points and sophomore Dhantaye Bennet-Joe scored 11 of his 20 points in the final period to keep Davis close.

But also measurable were the defensive lapses, especially keeping Chiawana off the offensive glass. The Riverhawks’ 54-point second half was fueled by their second-chance points, a pesky press and depth. Five different players hit 3-pointers, and Connor Mendez came off the bench for a team-high 23 points.

Mendez, in fact, closed the deal for the Riverhawks, hitting 6 of 6 free throws in the final minute.

“Their press and their open looks on 3-pointers caused some problems for us,” Juarez said. “We did a good job in the first half defensively but we were out of position too much in the second half. And with the press, it wasn’t so much the pressure as it was our inability to make a crisp pass, too many soft passes on our part. But we responded well at the end and fought hard.”

The Pirates may well have had a fourth 20-point scorer and perhaps a victory had not Jose Reyes been limited by leg cramps in the second half. Last year’s CBBN defensive MVP collected 13 points and six rebounds — all in the first half.

Cook rose to the occasion, however, scoring 13 points in the second half with a 3-pointer that got Davis within 88-86 with 10 seconds left. He finished 8 of 11 from the field with six rebounds.

“We can definitely score, but where we need to grow is playing together and helping each other,” Juarez noted. “That has to be something they like to do and want to do. There were some good positives tonight.”

The Pirates will head to Spokane on Saturday to play at University at 3 p.m. Davis has four nonleague games before opening CBBN play on Dec. 14.