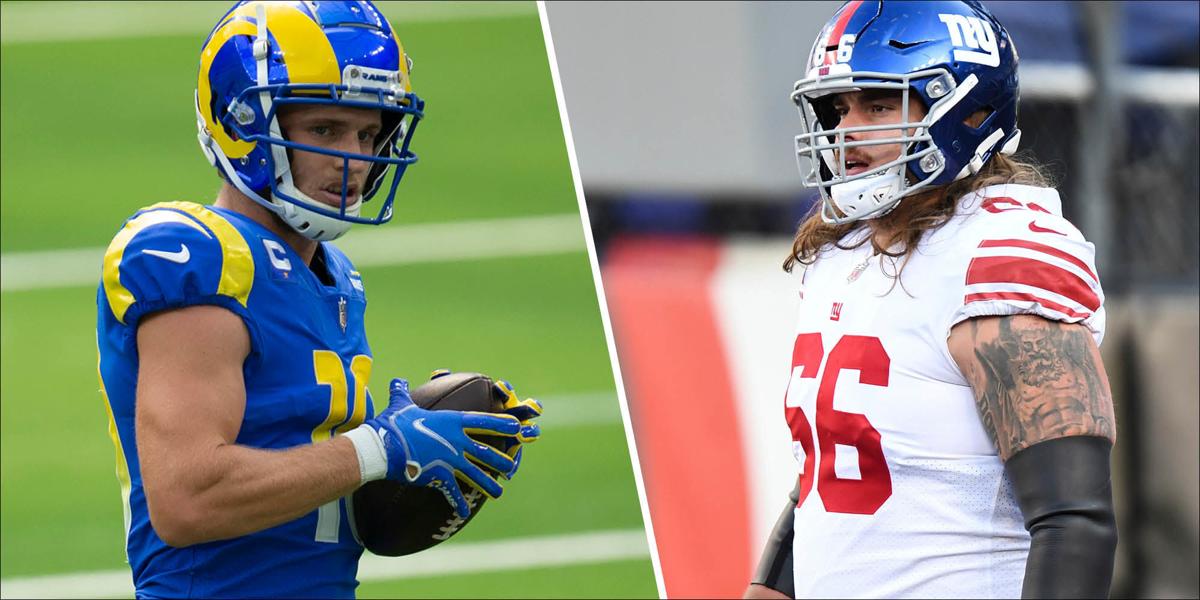 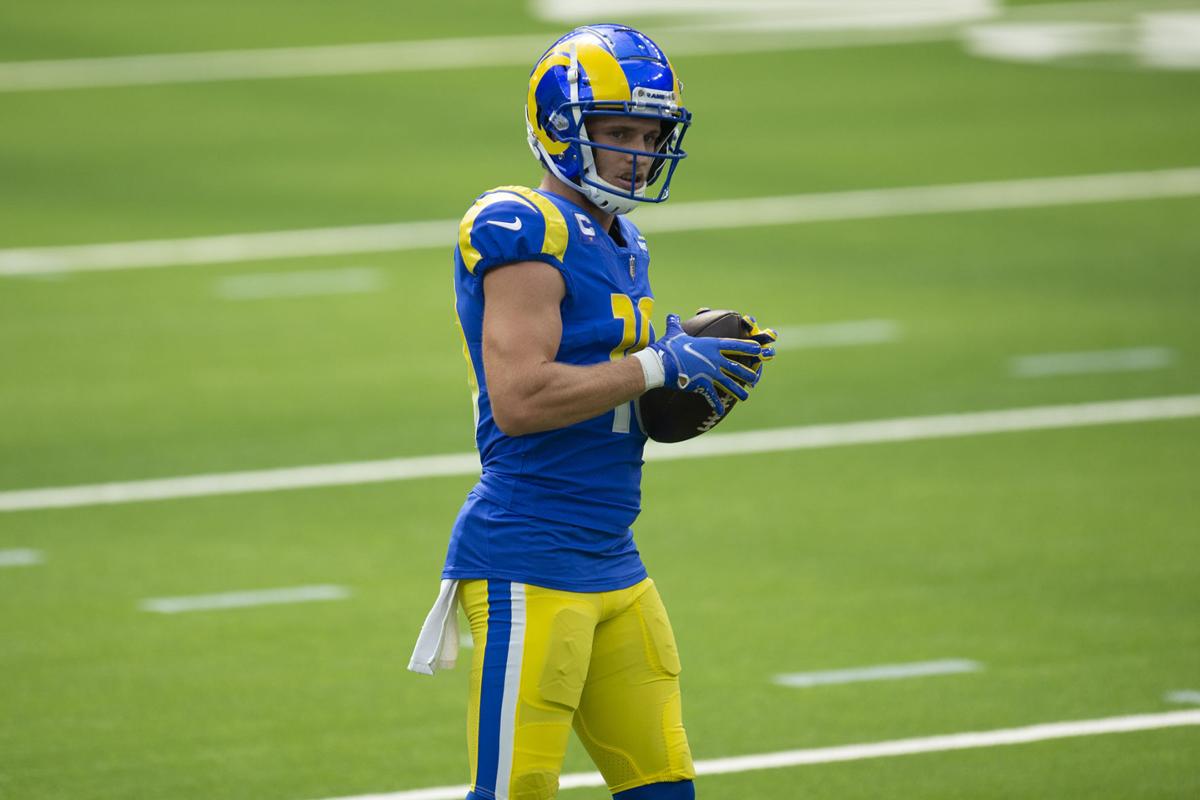 Los Angeles Rams receiver Cooper Kupp warms up for an Oct. 4 game against the Giants in Inglewood, Calif. 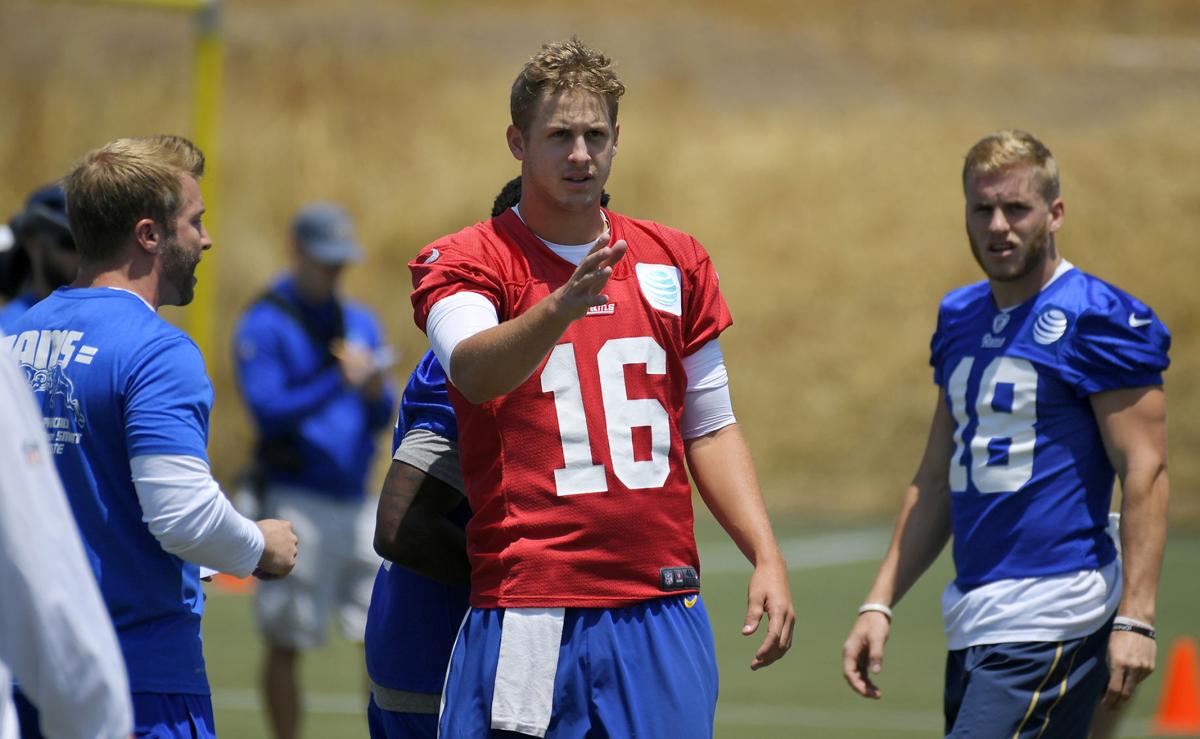 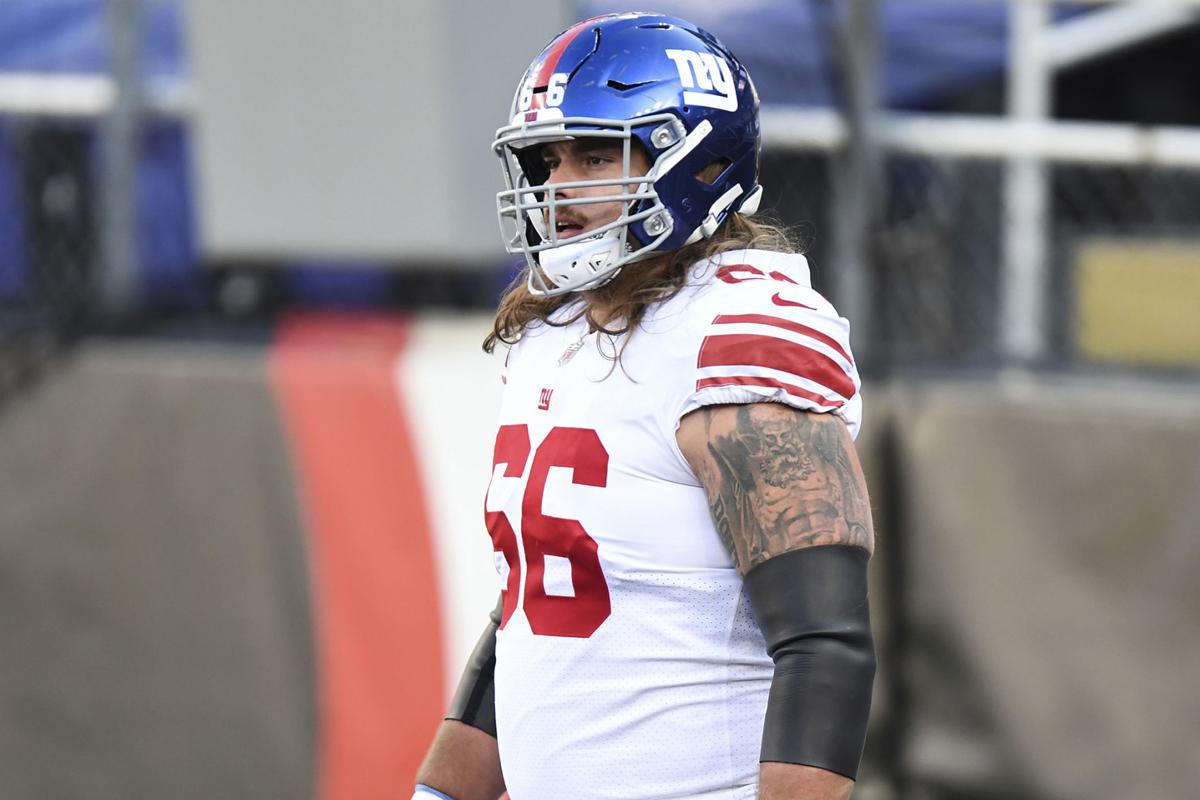 New York Giants guard Shane Lemieux before a Dec. 27 game against the Ravens in Baltimore.

Los Angeles Rams receiver Cooper Kupp warms up for an Oct. 4 game against the Giants in Inglewood, Calif.

New York Giants guard Shane Lemieux before a Dec. 27 game against the Ravens in Baltimore.

Kupp will be catching passes from someone other than Jared Goff in 2021 while Lemieux will be instructed by his third offensive line coach.

Kupp, a Davis graduate and four-time All-American at Eastern Washington, enjoyed another solid season for the Rams, leading the team with 92 receptions and 974 yards receiving while catching four touchdown passes. His 529 yards after catch were the second most by a receiver in the NFL and fifth overall.

His regular season, however, was cut a game short when he sat out a Week 17 victory against Arizona because of COVID-19 protocol.

Kupp returned to help the Rams to a wild-card playoff victory at NFC West rival Seattle with four catches for 78 yards, but the joy was tempered by a knee injury late in the game that kept him out a divisional playoff at Green Bay.

Goff and Kupp had hooked up 288 times for 3,570 yards and 24 touchdowns in four seasons together.

Kupp took to Instagram for heartfelt farewell to Goff.

"Four years of growing and learning from each other," he posted. "Appreciate Jared for more than just who he was on the field, but I owe him a debt of gratitude for any success I had while out there with him as well. Off the field, he opened his home to my family in the very first moments as a Ram and has been there for us throughout.

"More than anything, just going to miss the time between! A lot of growth personally and as football players preparing to step on the field together each week."

Lemiuex's rookie season was accelerated when he was thrust into the starting lineup in Week 8 when COVID-19 protocol sidelined a teammate. The West Valley graduate and fifth-round draft pick after a stellar career at Oregon started the rest of the season at guard.

He victoriously returned to the Northwest on Dec. 6 when the Giants beat the Seahawks 17-12 at Lumen Field.

"The level of competitiveness (Lemieux) plays with, some nasty, he definitely gave us some juice in there," Giants coach Joe Judge told the New York Post after Lemieux's first start. "Look, you line up for your first snap in the NFL and you’re seeing Ndamukong Suh across from you right there, that’s a 'Welcome to the NFL, buddy.' But this guy didn’t blink. He didn’t shy away from anything. He really answered the bell for us."

Lemieux and the rest of the Giants linemen are faced with their third position coach in less than a year.

Judge fired Marc Colombo during the Giants' bye week Nov. 18 after the two reportedly had a verbal confrontation. Colombo's replacement, Dave DeGuglielmo, will not return next season.

Multiple reports have the team set to hire Rob Sale, Louisiana Lafayette’s offensive coordinator and offensive line coach the past three seasons. It would be Sale's first NFL job.

The Giants are set to host the Rams in 2021 as both teams finished second in their respective divisions. Los Angeles won the matchup between the teams this past season 17-9.