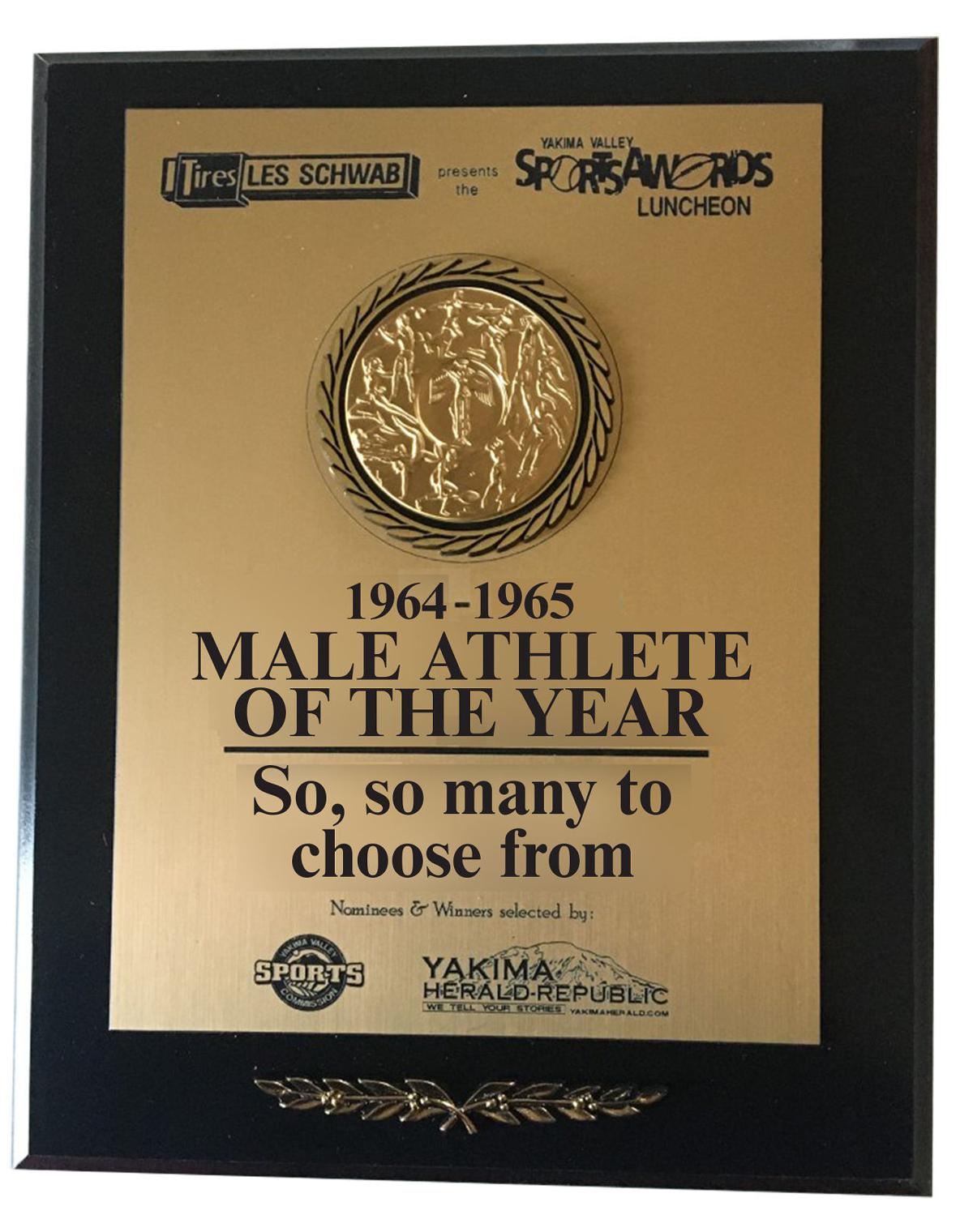 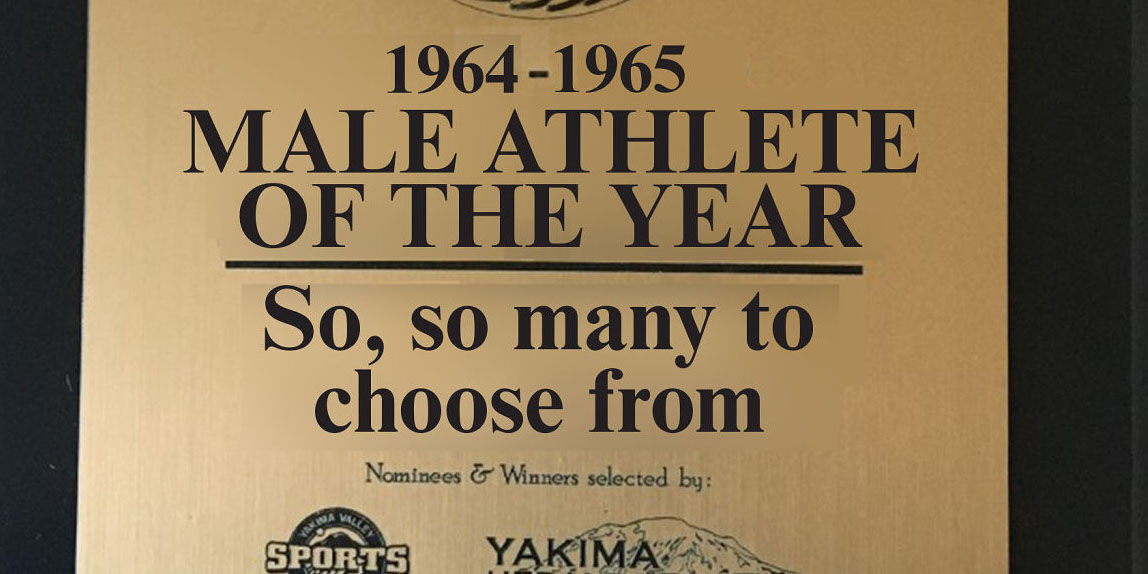 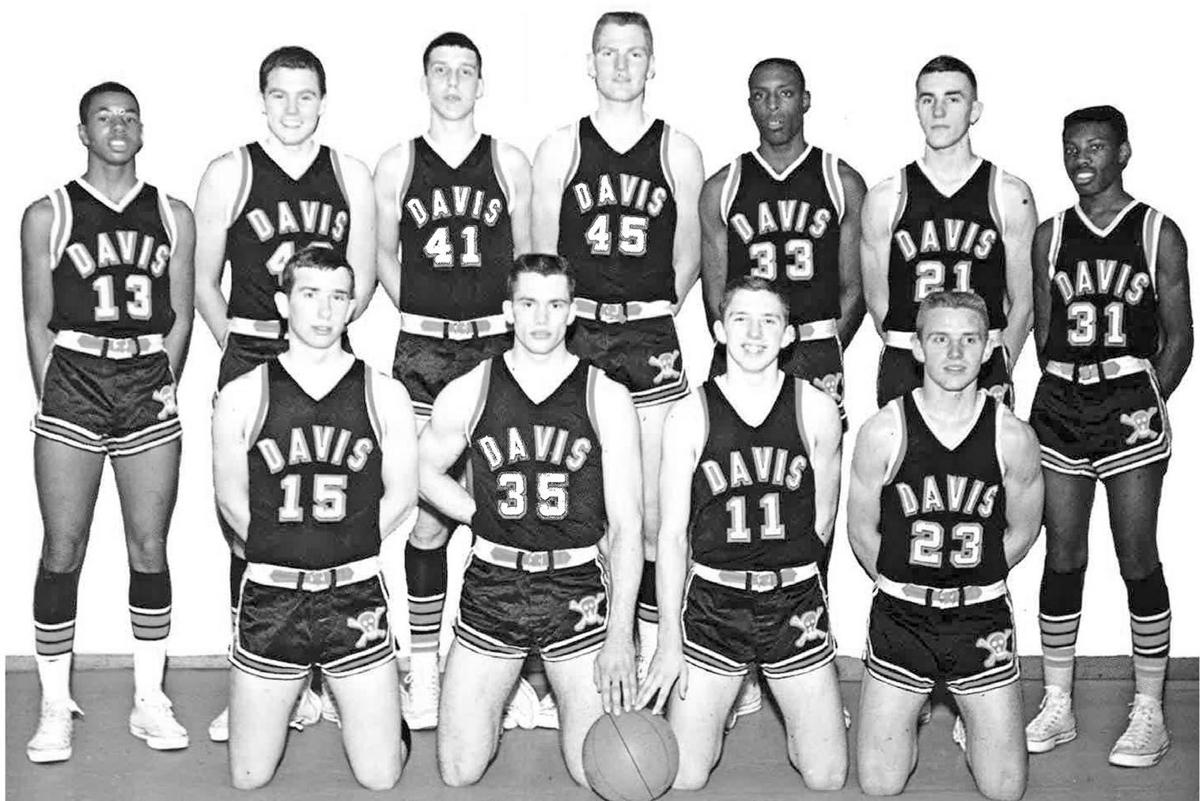 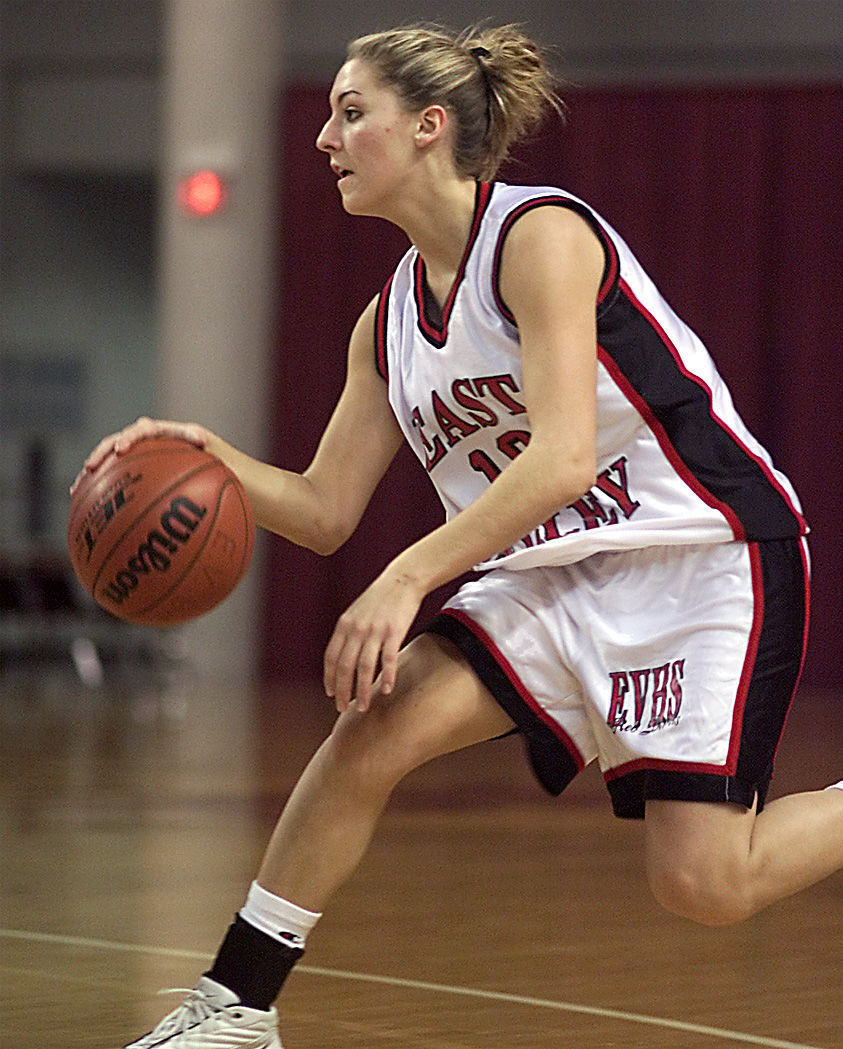 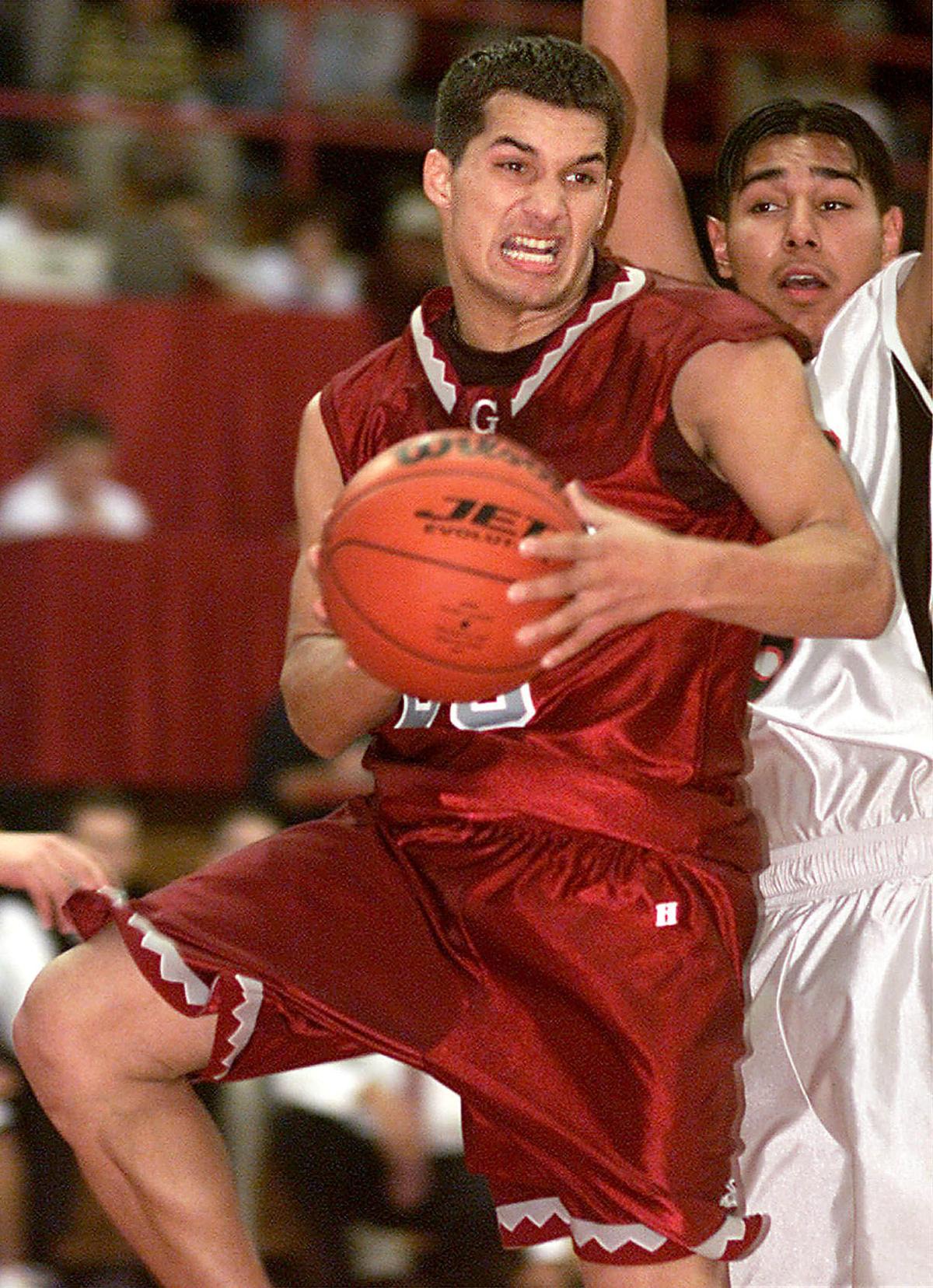 Grandview’s Phillip Candanoza during a 2001 nonleague game against Sunnyside. 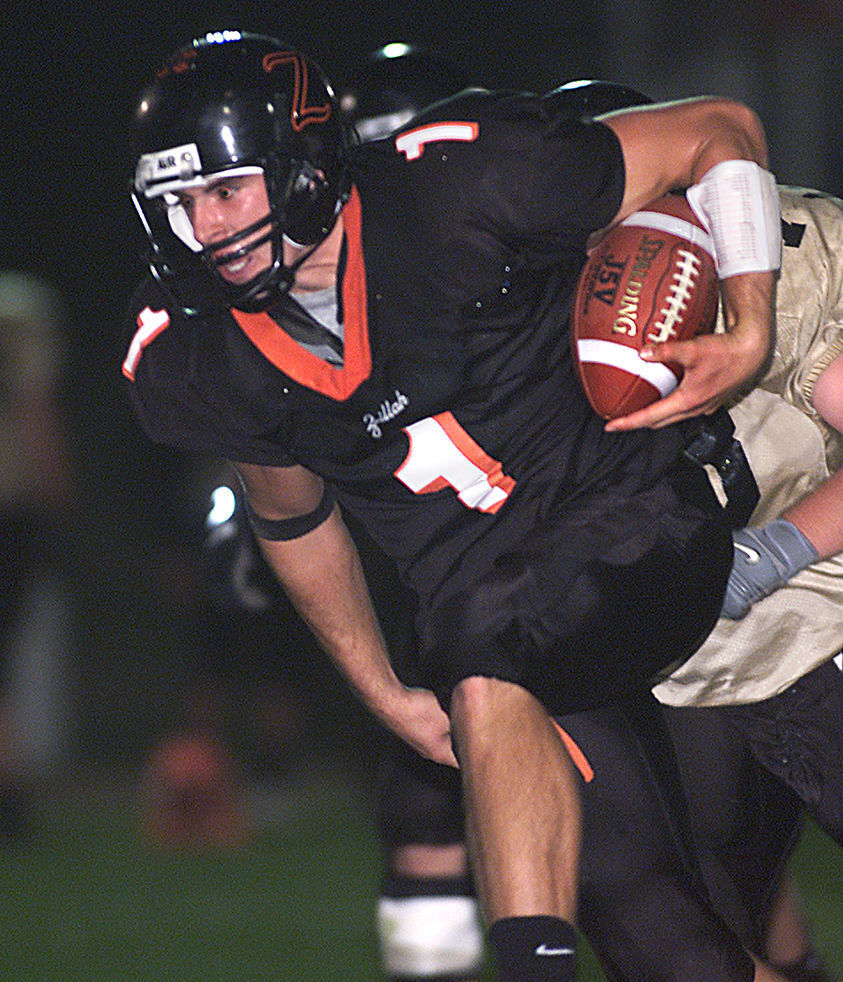 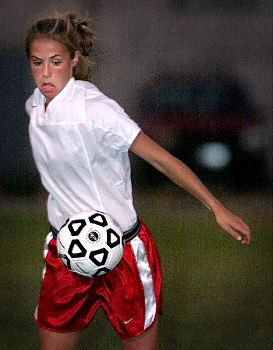 West Valley’s Annie Schefter controls the ball during a 2000 match against Hanford.

Grandview’s Phillip Candanoza during a 2001 nonleague game against Sunnyside.

West Valley’s Annie Schefter controls the ball during a 2000 match against Hanford.

When the Yakima Valley Sports Awards were launched 17 years ago, I remember the excitement and the dread.

Excitement that all of our top athletes, teams and coaches would be showcased under the same roof. Dread that there would have to be, of course, a selection process. At times, a very painful process.

That dichotomy hasn't changed at all over time, but one thing became clear during a pandemic year spent researching historical stories: In terms of selecting one overall athlete of the year, there are some years I'm glad we missed.

This was the golden era of high school sports in the Valley, and the build-up began in 1963 when Selah, West Valley and Marquette swept the top three trophies at the Class A state basketball tournament.

Two years later, the kids in Yakima could do no wrong.

These teams were stocked with tremendous individual talent and the depth was remarkable. For its Sports Legend Reunion five years ago, the Parker Youth Sports Foundation held a wonderful 50th anniversary tribute to this class and its star athletes, teams and coaches.

Debating who might have been the Valley's athlete of the year in 1965 has been a hot topic for six decades. But imagine actually having to pick one. No thanks. For you younger folks, here's the basic primer:

Ted Wierman, Davis. Having a 6-8¼ All-American who could score 40 points and grab 30 rebounds was the granite foundation for a 25-0 season. Big Ted averaged 20 points for three years, was the MVP at the state tournament, and was the lead prize for WSU, which granted six scholarships to Davis and Ike athletes that year.

Steve Dale, Eisenhower. All-American No. 2 for Yakima, Steve was the scoring flash on Ike's football team and the state's offensive player of the year. Ike's student-body president was the playmaking guard on a state-trophy basketball team and a standout hurdler in track. He went to USC and played in two Rose Bowls.

Scott McDonald, Marquette. Considered the Northwest's top prospect, Scott was a first-round pick by the Baltimore Orioles in the MLB Draft early that summer. He routinely fanned a dozen or more as the Squires won the league title over the Valley's biggest schools, and he averaged over 20 points on the 26-0 basketball team.

Willie Turner, Davis. While still only a junior in 1965, Willie's storied track and field career was launched by the first of two sweeps of the 100 and 220 at state, where he carried his team to a second-place trophy. Turner, already a 24-foot long jumper, would soon own a share of the world record in the 100 meters.

These four were unquestionably the state's best in football, basketball, baseball and track. Any one of these guys could be an athlete of the decade, so to have this confluence in one year is ridiculous. What's more, there are several others from 1965 who could've easily been an athlete of the year for the Valley in the intervening six decades.

Imagine Davis' Lennie Allen, an all-state guard for the perfect Pirates in basketball, the leading scorer for a football team that was one play from taking the state title from Ike and a baseball standout. He was a three-year starter for WSU basketball, right alongside Wierman.

Or how about Marquette's Ed LaBissoniere, the quarterback and captain of an unbeaten football team, point guard on a 26-0 basketball team and an ace pitcher who once struck out 18 in a game. The day before, McDonald fanned 19.

While 1965 was unprecedented on so many levels, there are certainly other years that would give me the pick 'em cold sweats. At the top of the list is 2001-2002 — just before we got started — for boys and girls.

West Valley's Annie Schefter was the state's 3A player of the year for an unbeaten soccer team and headed to Notre Dame, East Valley's Elyse Mengarelli was the MVP of the 2A state basketball tournament in the SunDome, and Davis sprinter Esther Anderson won the 4A state title in the 200 and led off the winning 400 and 800 relays, both of which clocked still-standing Valley records.

For the boys, I get a headache just thinking about it. To stay away from one huge block of type, let's break the Class of '02 into two paragraphs in no particular order.

Phillip Candanoza led Grandview to a 27-0 season in basketball and was the MVP of the 2A state tournament, West Valley's Ryan Rostvold finished off his dazzling career with 1,373 points while leading the Rams to 23 wins and a 3A state trophy, and Ellensburg's Nolan Teasley was the Mid-Valley League offensive MVP with 20 touchdowns and a 360-yard school-record game.

East Valley's Matt Owen repeated as 2A state cross country champion and won the state 3,200 track title by 13 seconds, Eisenhower's Derek Groth was the Big Nine's player of the year in basketball, and Zillah's Andy Collins was the SCAC West's MVP in football when the Leopards reached the state semifinals, led the basketball team to a third-place state trophy and was the leading scorer and four-event medalist at the state track meet.

West Valley's Katie Borton and East Valley's Brianne Carmody were both state track champions in the triple jump — basically in their spare time. Borton was a three-sport star all four years of high school, earning 12 varsity letters, and rolled up 1,376 career points while leading the Rams to three state basketball trophies, and Carmody scored 48 goals in soccer — a Valley record that stood until last year.

In addition to that duo was Eisenhower's Amber Fuller, who won 4A state swimming titles in the 50 freestyle and 100 butterfly and anchored a winning relay. She still owns three Valley records.

Diversity was on strong display for the boys in 1994-1995 with a wave of Valley records across all three seasons. Prosser running back Andy Harris scored 28 touchdowns in just nine games, Davis' two-time state champion wrestler David Herzog took over the record for career wins, and West Valley's Chad Barkes punched in 33 goals in soccer to bring his career tally to 94.

The spring of 1995 also saw West Valley's Chris Magruder lead the Rams to a third-place state baseball trophy before going on to set records at the UW and Ellensburg's Ja'Warren Hooker win the first of three consecutive 100-200 state sweeps in track.

With the circulation area for the Herald-Republic covering so many towns and schools, it's a tall task indeed to distill such a wide array of excellence down to one pick — for just one sport let alone a single overall grand prize for the entire school year.

Nevertheless, during this unfortunate and ongoing gap in the prep calendar I got to wondering about all the years before we started and how hard it would've been to pick those winners. That curiosity simply confirmed what I already knew — it's always brutal. Sure there's a few slam dunks, but not very many. That's what makes the Valley's prep history so rich.

At any rate, with some time to research and digest that epic class of 1965, it's not such a tough pick.

Wierman, of course. The tiebreaker is I'm imagining his towering presence in tennis, which he played as a doubles partner with teammate Del Carmichael. Yikes.

Check that, it's Dale, no doubt about it. Tiebreaker is nobody averages a first down on every carry for an unbeaten AAA football team and doesn't win this award.

Unless it's McDonald. Difference is he didn't get the benefit of what he could've done in football, having broken a leg as a junior and passing on his senior year. Done deal.

Or maybe it's Turner because he had the good sense to be a junior in 1965, saving even more records for the next year and allowing us — six decades later — to tout him as one of the few repeat winners.

Better yet, I nominate Eisenhower's George 'Spud' Edmondson, who wrote about all these heroes for the Parker Foundation's newsletter five years ago and never mentioned himself. He made three of the biggest plays in the titanic Ike-Davis football game, which decided the state championship, sparked the Cadets' state-trophy basketball team, mashed home runs all over the Valley in the spring and summer and earned a scholarship to Oregon.

During the week of graduation in early June, Edmondson clubbed a double to deep center in the bottom of the ninth inning to drive in the winning run and lift Yakima's American Legion team to a 1-0 win over nationally ranked Lewiston.