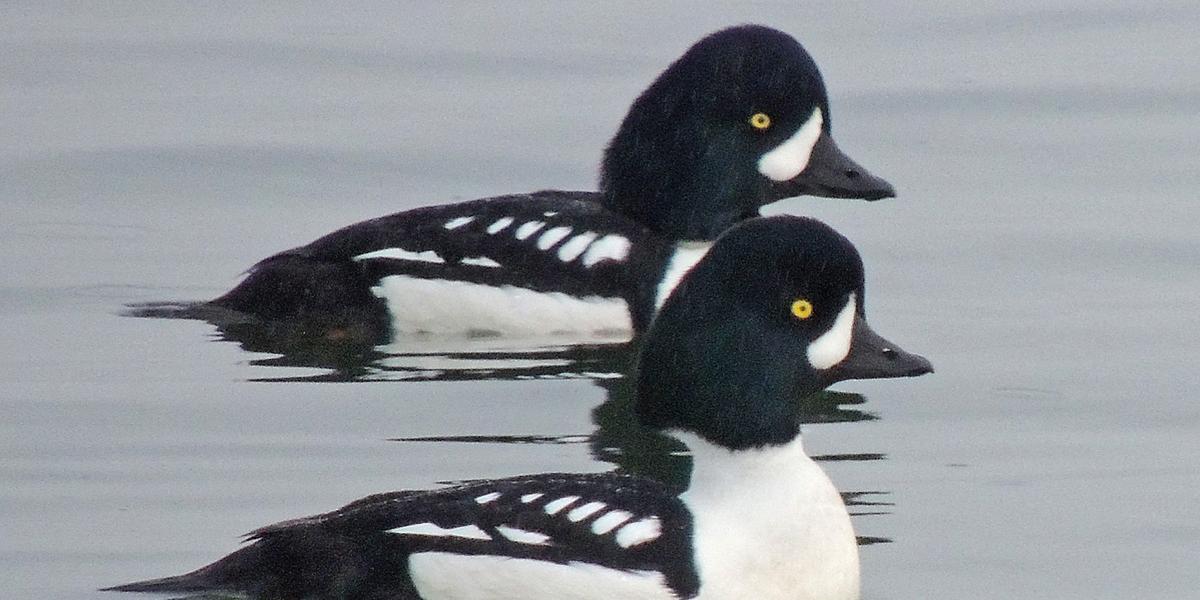 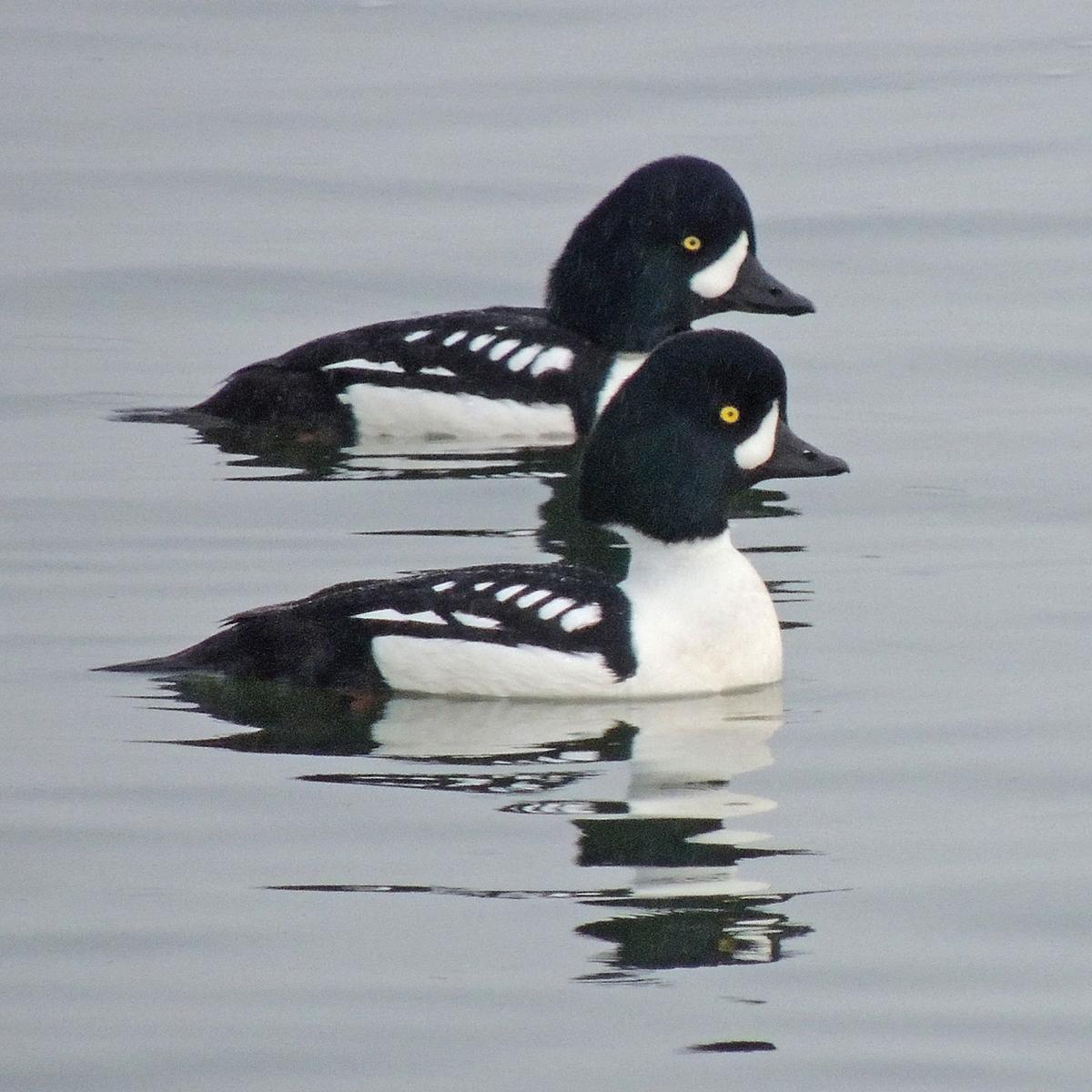 Surely this diving duck rates as one of the snazziest birds of our region with its artistic black-and-white patterns. It resides in south-central Washington all year, but changes its habitat through the seasons.

How to spot one: The photo shows two males, distinct from the more numerous common goldeneye by its crescent-shaped splotch on the side of its face; the common has a round white spot. Note also the Barrow’s black spur on its side coming close to the waterline. In the common goldeneye, this is lacking, imparting a much whiter look. Females are overall brown and difficult to separate, except in spring when the Barrow’s bill becomes quite orange (grayish in the common).

When and where to look: In spring and summer look for Barrow’s goldeneyes on lakes in the Cascade Range. Clear and Leech Lakes are good bets. In winter, most depart for milder climate saltwater areas such as Puget Sound, where man-made pilings with abundant mussels provide easy pickings. A small number spend the cold months on rivers east of the Cascades.

Just downstream from the confluence of the Naches and Yakima is a good site. A handful of these ducks gather on Buchanan Lake every afternoon, along with a flotilla of common goldeneyes, a short time before dusk. This is evidently a safe roosting spot for the night. The Columbia River below Priest Rapids Dam is another dependable area.

Chow time: On freshwater, aquatic insects are their main fare. Most foraging is done with shallow dives. In summer, aquatic plants such as pondweeds are sought. Larvae of caddis flies and dragonflies are relished. On their main saltwater wintering habitats, crustaceans and mollusks are preferred.

Home life: Males start courting females in winter, with eye-catching antics to both female goldeneyes and us human observers. This courtship goes on throughout the winter and includes ritualized head jerking and bobbing in various patterns. Once paired, in early spring they depart from their wintering waters and head to a forested mountain lake.

The female seeks a large woodpecker cavity often 30 or more feet up a dead conifer, but occasionally in boulder fields. Here she lays six to 10, rarely as many as 13 eggs and incubates these for 27-33 days.

A day or so after hatching, female chirps from the ground and the precocial, but featherweight young clamber out of the tree cavity and drop, or rather tumble to the ground.

The young follow their mother as she leads them to food-rich waters where they feed themselves, though she is always nearby to protect them. After about two months, they take their first flight.

While overall much less numerous than the common goldeneye, the Barrow’s is fairly easy to find on mountain lakes from Alaska and the Yukon south in the Rocky Mountains to Wyoming and also in British Columbia and the Cascade Range.

On the Atlantic Ocean side, a small population breeds in Labrador, near Quebec. Iceland, with its many lakes, is the species stronghold in Europe. Indeed, the species was first described from an Icelandic specimen, hence the bird’s scientific name, Bucephala islandica.