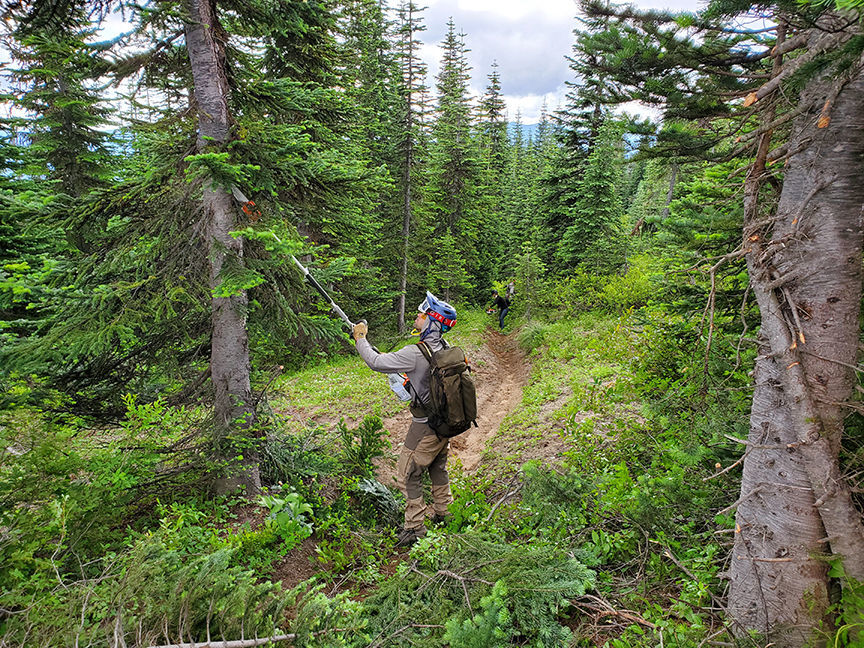 BOTH PHOTOS: Members of the Cowlitz-Naches chapter of the Evergreen Mountain Biking Alliance work to prep trails for the 2019 Trans-Cascadia race at a volunteer work party on July 13. 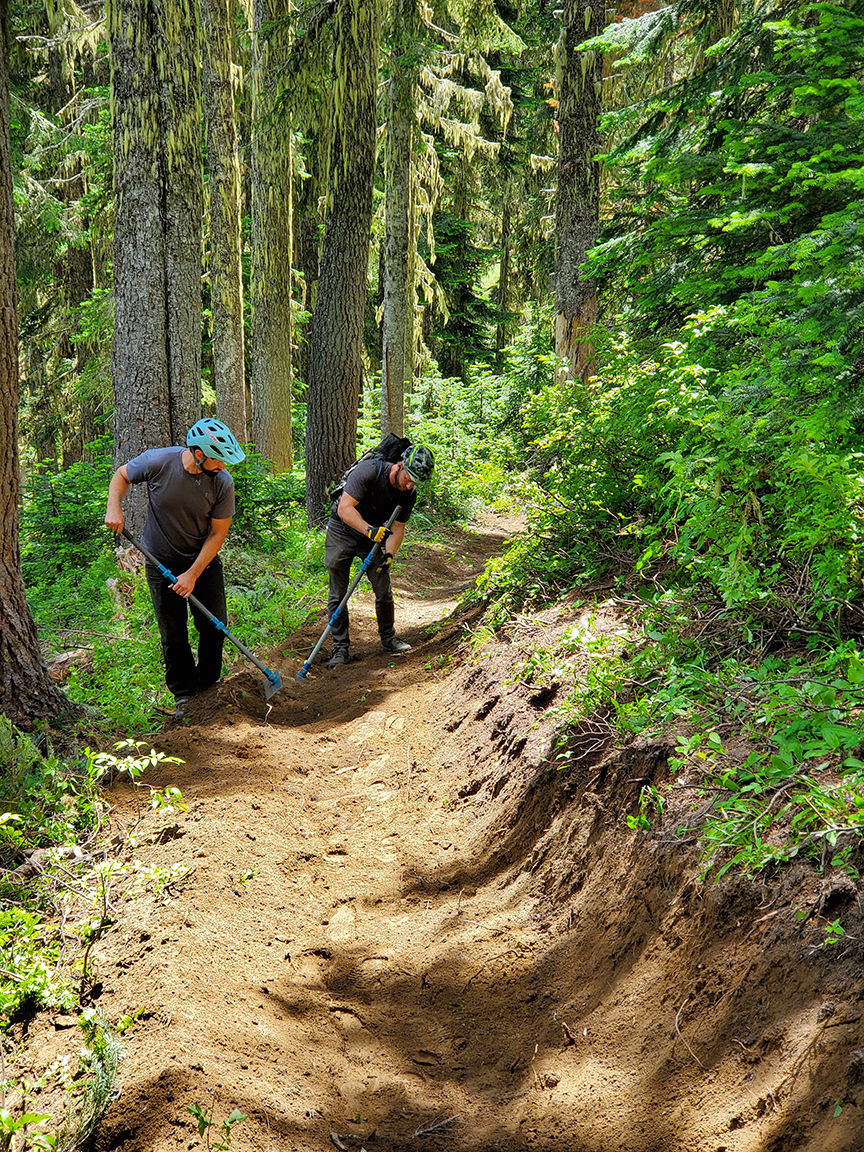 Members of the Cowlitz-Naches chapter of the Evergreen Mountain Biking Alliance work to prep trails for the 2019 Trans-Cascadia race at a volunteer work party on July 13. (Photo courtesy of Tyler Forman)

BOTH PHOTOS: Members of the Cowlitz-Naches chapter of the Evergreen Mountain Biking Alliance work to prep trails for the 2019 Trans-Cascadia race at a volunteer work party on July 13.

Members of the Cowlitz-Naches chapter of the Evergreen Mountain Biking Alliance work to prep trails for the 2019 Trans-Cascadia race at a volunteer work party on July 13. (Photo courtesy of Tyler Forman)

Opportunities for Yakima mountain bikers continue to expand, even if progress is slower than some might like.

The Cowlitz-Naches chapter of Seattle-based Evergreen Mountain Bike Alliance joined the scene nearly 22 months ago, adding some critical resources, experience and statewide collaboration. Their most visible impacts can be found on repaired trails, and president Tyler Forman hopes considerable work out of the public eye will eventually lead to new terrain.

“As a user group of public lands, the sport is still growing,” Forman said. “We have to develop. We have to build our community.”

He understands activities such as hunting, fishing, hiking and motorized trail uses generally benefit from more popularity throughout the region. Several of the group’s 21 members enjoy those activities within the boundaries stretching from Naches to Randle on the west side of White Pass and includes plenty of area around Highway 410.

“I think in general most of the new people getting into the sport of riding are leaning towards mountain biking rather than road riding,” Clark said. “Road riding seems to be in one of its cyclical downturns.”

Single Track Alliance of Yakima president Pat Huwe said his group, founded in 2011, shares similar goals, though they’re more focused on biking in and around Yakima. The two organizations work closely together, assisting with volunteer work such as maintaining the eight-mile Tieton Nature River Trail.

That’s an ideal spot for beginners looking to expand beyond lands owned by the Cowiche Canyon Conservancy, including the trails at Rocky Top designed and managed by STAY. Clark also recommends new riders check out the Little Naches area off of 410.

Huwe said as one of eight chapters around the state, Evergreen can offer more knowledge on how to work with local land managers. So far communication with Oak Creek Wildlife Area manager Greg Mackey has focused on maintenance, but Forman said they’ve also discussed a long-term goal of building new trails.

Wildlife department manager Ross Huffman noted that will be more challenging, since it means following regulations and going through multiple review processes. Preferably most trails will follow existing old roads no longer used by vehicles, and Huffman said the worst scenario would be riders creating new trails that could destroy habitat or cause erosion.

“I think we can get there,” Huffman said. “It’s just a matter of people working together and finding solutions and finding ways to address the issues.”

Evergreen’s connections also helped the local chapter link up with Trans-Cascadia, a blind-format four-day backcountry race at the end of September. It’s organized by a nonprofit focused on promoting and maintaining sustainable trails, providing more access without disturbing the wilderness.

Race producer Alex Gardner developed a strong partnership with Evergreen while working extensively with the Seattle chapter. So when Trans-Cascadia needed more volunteers for trail maintenance in this region, it only made sense to invite the local chapter to multiple work parties over the last two summers, including one last week.

“They have essentially guided us around the forest and helped us,” race producer Alex Gardner said of the local Evergreen chapter. “Evergreen has done a tremendous job of uniting the state and collaborating to seek common advocacy goals.”

About 30 people showed up last week and Forman’s expecting closer to 50 at another work party in August, thanks to collaboration from the Backcountry Horsemen of Lewis County, the Northwest Trail Alliance and the Washington Trails Association.

It’s all part of building the groundwork for a mountain biking community eager to grow and share the responsibilities of managing the forest.

“There’s a lot of miles of trails out there and it’s going to take all these user groups to maintain them in the future and ensure that we also have access to trails in the future,” Forman said. “We are all much better off if we’re working together as a collective.”