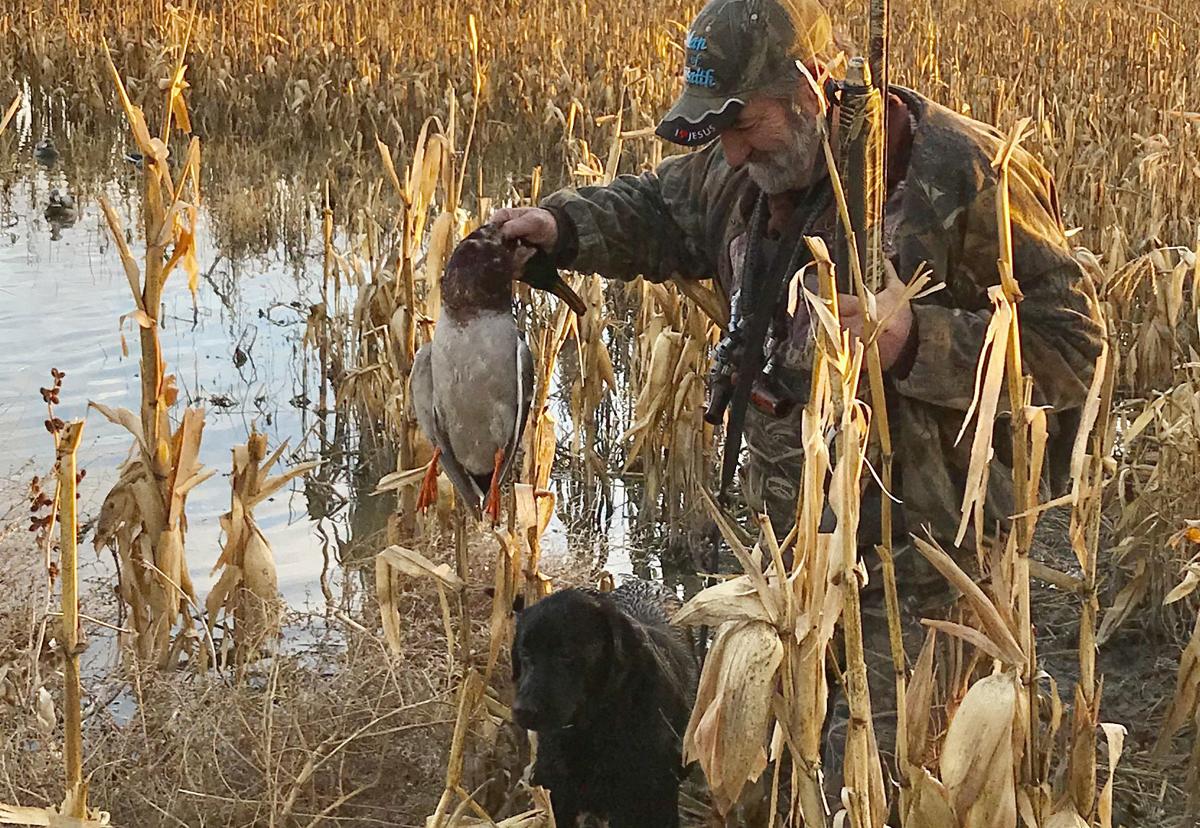 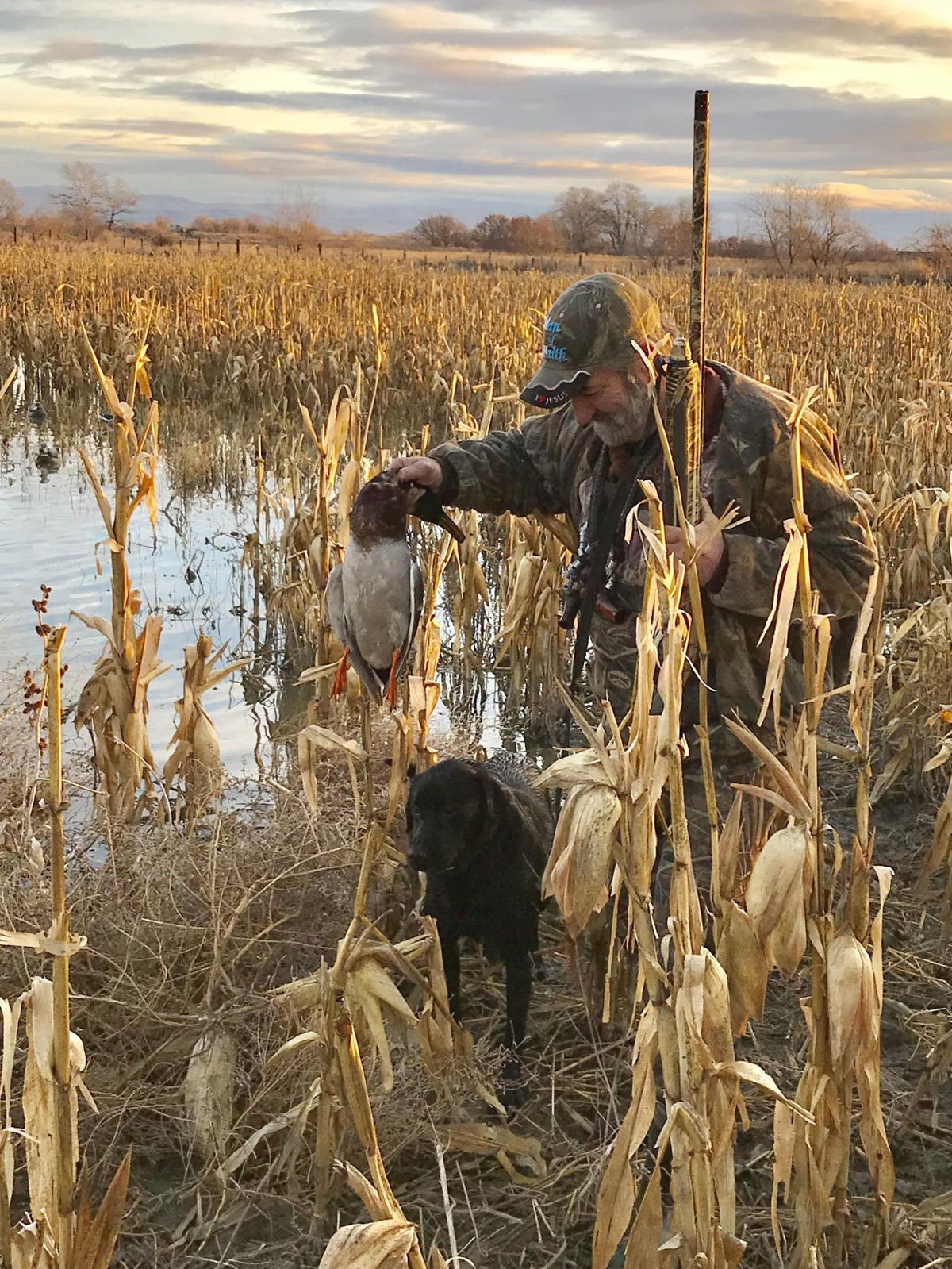 YAKIMA, Wash. — You’ve probably heard of Duck Dynasty, but how about duck ministry? No? Not many have, but one Yakima man is combining his calling, well, with his calling, to create an outdoor experience that may be the most unique Sunday morning church service you’ve ever seen.

Mark Stevenson has a passion for the outdoors, which includes an obsession with hunting ducks. His other passion is spreading the word of God. And he shares both of those passions with hunters from mid-October through January at his private duck hunting property in the Lower Yakima Valley.

“God created all of this wonderful outdoors for us,” Stevenson said last Sunday. “What a blessing to be able to share it with others.”

A small, brush-covered blind sits near the edge of a pond in a flooded corn field. In the pond Stevenson has placed a couple dozen decoys. An underwater aerator bubbles up occasionally to help put movement on the water surface. The aerator also is wired to a thermostat, and when the temperatures dip below 40 degrees, it starts bubbling, to keep the water ice free during the coldest days and nights.

A pull string that runs from the door of the blind into the water has been rigged to three decoys in the pond, and Stevenson is constantly working the decoys back and forth, while he blasts away on his duck calls, giving plenty of reasons for the ducks flying overhead to come join the party.

As we waited for the ducks that hopefully would come into the decoys, Stevenson talked about why he has developed this unique combination of ministry and hunting.

“It is a great way to share the outdoors and hunting with people who don’t always get the chance to enjoy God’s gifts,” the exuberant Stevenson explains.

During this season he has been able to bring people who are having difficulties dealing with life issues to the duck blind as just a chance to get away. And he has given many new hunters an opportunity to experience duck hunting for the first time.

Stevenson, along with another Yakima hunter, Brian Jones, have a waterfowl hunting guiding business called Water Walker Outdoors. And, while they will take a few paying clients during the season, it is not the real mission of the company.

“We only run enough paid hunts during the year to help cover our costs,” Stevenson said. “We really do it to so we can get people out who may not have experienced the outdoors before.”

As local duck hunters know, this has not been a particularly great year. There were some local ducks around early in the season, but it hasn’t been cold enough in Canada to really push the migration of northern ducks down our way.

Stevenson said he has been seeing some new birds in the Valley lately, but the big migration hasn’t developed yet.

Water Walker Outdoors also breeds, sells and trains Labrador retrievers. During our hunt on Sunday, which included our mutual friend Burt Pence, Stevenson’s veteran black Lab Bo was along to fetch the birds and add a bit of entertainment to the hunt.

It seems Bo, who is very well trained and will sit in a small dog blind until heading out for the retrieve when he hears gunfire, thinks of the downed ducks as his own. Especially the first few birds of the day, he will take his sweet time, and a circuitously long way back to the blind before delivering the duck to Stevenson.

Trained to hand signals, Bo will not give up until he finds a downed duck, and proved just how diligent he is when he had to look for a bird that ended up in some heavy weeds a hundred yards from the blind. His reward for the find was he got to carry the fat mallard all the way back to where we had parked the trucks, proudly prancing the whole time.

It’s fun to watch a good dog work. And it is equally enjoyable to sit in a blind, watching the first rays of daylight break over the horizon, listening to the outdoor world wake up.

As we sat and chatted, waiting for the first flights of ducks, rooster pheasants crowed and cackled in the distance, blackbirds chirped and Copper’s hawks sailed by looking for a morning mouse for breakfast.

“Too many kids spend their time looking at computers and video games,” Stevenson said as we watched a large group of ducks start circling overhead. “They need a chance to get out and experience this.”

And then it got even more real, as a big mallard drake peeled away from the flock, set his wings and dropped down towards the decoys. A second later Pence dropped the duck, and in an instant Bo was headed for the retrieve.

“What a blessing God has provided for us this morning,” Stevenson said as the black dog brought the duck to the blind.

He would get no argument from me.