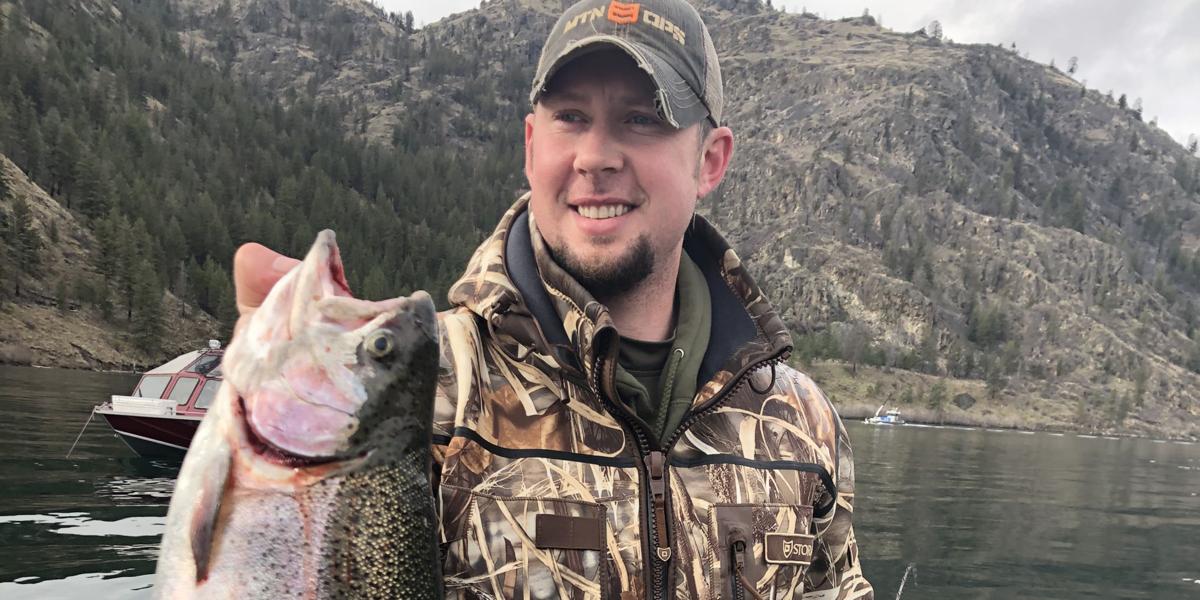 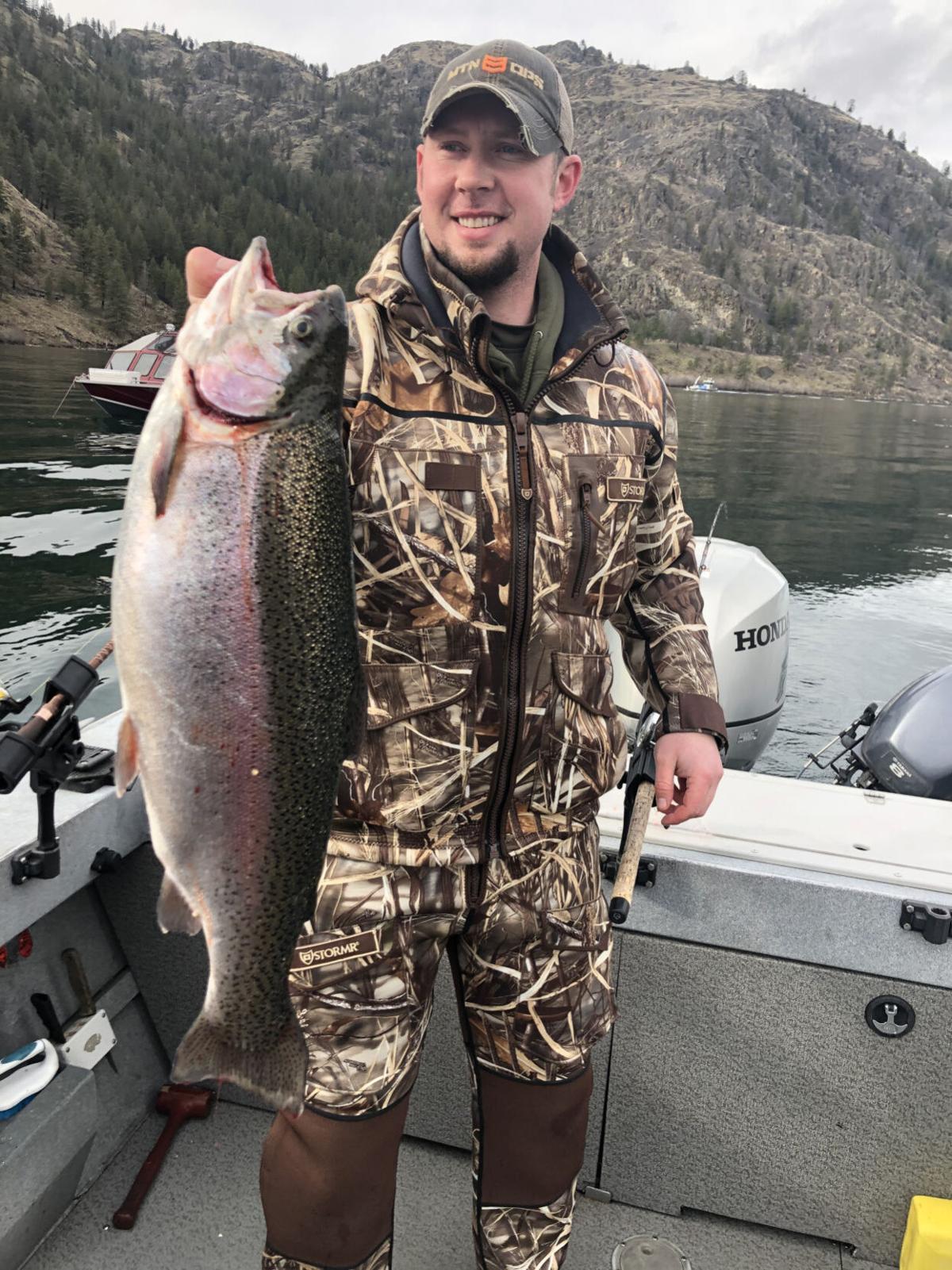 Last week was a good week for fishing. The weatherman cooperated for the most part, and thanks to some friends who extended the invites, four out of six days were spent on the water.

On Monday I accompanied Doug and Brandon Jewett to Rufus Woods to try to get in on the hot fishery that has been going on up in Douglas County, on the Columbia below Grand Coulee Dam.

It had been a few years since I had fished there, and longer than that for the Jewetts, so we kind of felt our way along, with help from some tips from a couple of guide friends.

The information we had was that the big triploid trout that are planted in that section of the river were biting on jigs, lipless crankbaits and bait. None of those are a favorite of mine, but if that is what it takes, then I’ll give it a try.

As it turned out, after throwing a Twitcher Jig, and an assortment of crankbaits, about the only thing we could get the fish to bite on was white or green Power Bait. The fast-growing triploid rainbows seemed to go on the bite at different times, and when we hooked one, we often times got one or two more.

The limit at Rufus Woods is two trout per angler per day, and if you are fishing with bait, you have to keep the first two fish you catch. Which was OK with us, because the fish that were biting were definitely nice. The smallest was about 3 pounds, with the biggest running between 5 and 6 pounds.

We caught our limits both days, after some struggling early trying to figure out just where to fish in the big river on the first day.

According to several of the other anglers at the boat launch, the fishing at Rufus Woods is slowing down some, with the best fishing coming in late December and throughout early January. Frankly, we didn’t think it was that bad. Yes, we had to wait, sometimes an hour or more for a bite, but patience paid off, because the fish would eventually bite.

We had our best luck right below the net pens about 8 miles downriver from the Seaton’s Grove boat launch. The fish hang out there waiting for the artificial pellets that are being fed to the trout in the pens, to drop below. Every fish we caught was jammed full with the brown pellets.

The big rainbows grow so fast that their body is out of proportion to their head. They are often described as “footballs”, small at both ends and fat in the middle. But they provide beautiful red meat. Not quite as good as a salmon or steelhead, the trout still make for good eating, especially when smoked.

The only hiccup in the outing occurred at the motel in Electric City, where an overweight orange cat decided it didn’t like the cut of my jib, and attacked as I tried to pet it.

On Friday, Greg Wilson, Merle Shuyler and I headed right back up to that same neck of the woods, but our main effort was on Lake Roosevelt, in search of the large land-locked sockeye there. The lake is extremely full right now, so finding the fish was a chore. In fact, we didn’t have any luck at all finding a kokanee.

We trolled mostly around the dam and up towards Spring Canyon, where we have had luck for the salmon in the past, but all we could catch were the triploid trout that have been planted there as well.

We threw everything we had at the kokanee, including dodgers and Tight Line spinners tipped with corn, Rapalas, and Jim’s Flies. We tried different depths, mostly on or near the surface where the fish should be right now, and we fished over deep water and along the shorelines.

Again, we caught several trout, but the kokanee weren’t interested.

On Friday afternoon, after not much luck at Roosevelt, we ran down to Rufus and tried that for the rest of the day. We caught one nice big triploid and lost a couple others at the boat.

Saturday was more of the same at Roosevelt, although we tried farther up lake and got caught in a pretty good wind storm heading back to the launch.

We stayed at the same motel in Electric City, and besides a foul-up on our room reservation, there were no other issues. I stayed clear of the fat cat.

Seeing what we have coming at us this weekend, with temperatures well below freezing and a potential for snow, it was definitely good to get out last week to shake off the stay-at-home, cabin-fever, pandemic blues.

Hopefully this cold spell will blow through quickly and we’ll be able to get back out there soon. Four days fishing with good friends was definitely fun, even with a case of cat scratch fever.

• Rob Phillips is an award-winning freelance outdoor writer who has written the Northwest Sportsman column for over 25 years. He can be reached at rob1@spdandg.com.